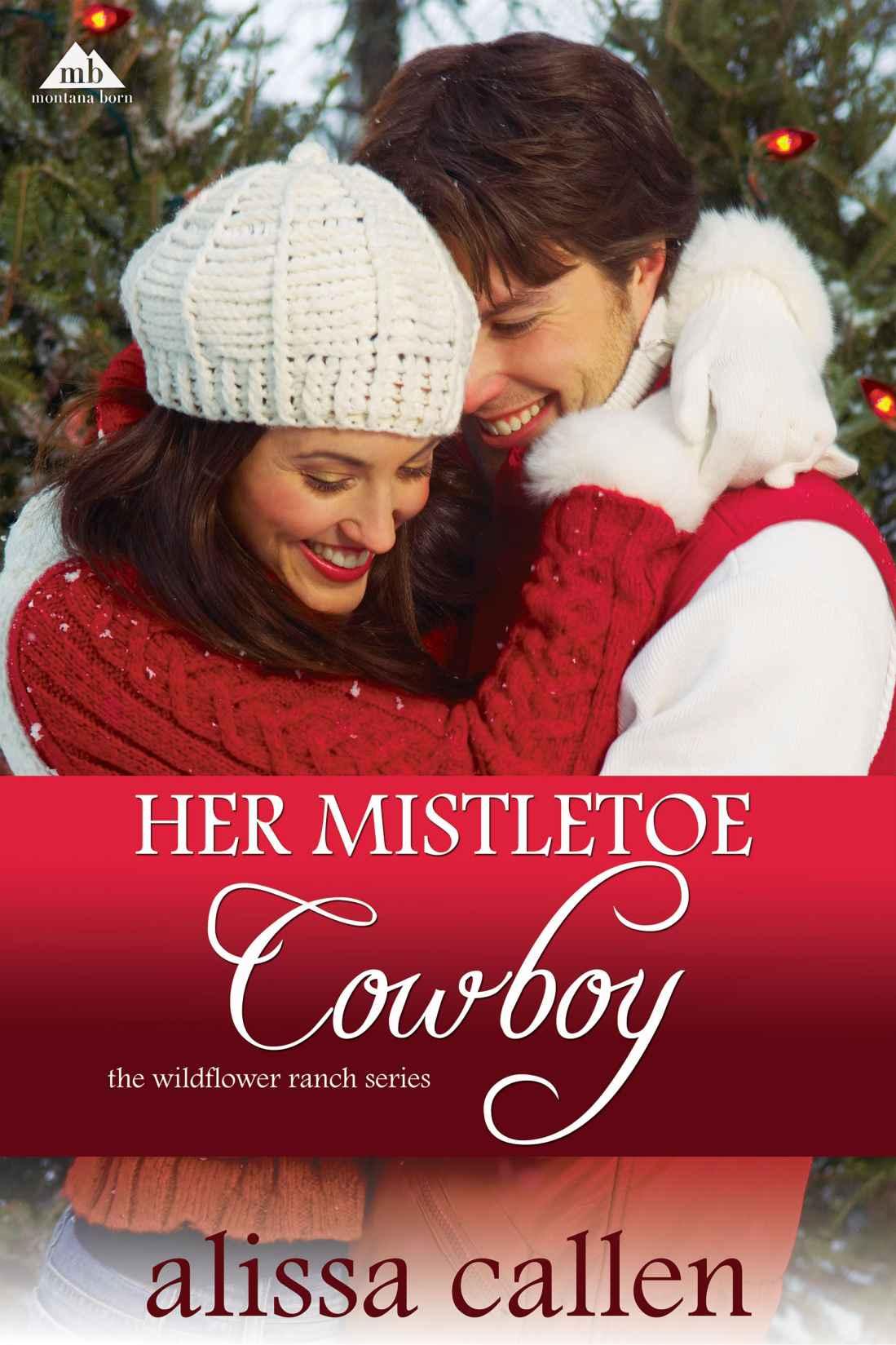 The crunch of snow behind Rhett Dixon confirmed what the flicker of the bay mare’s ears told him. He wasn’t alone. He finished tickling the sweet spot on the horse’s neck as she rubbed her head against his jacket. Faithful old Cherry loved her daily scratch.

From over his shoulder, the icy breeze brought the faint scent of vanilla. He frowned. His unexpected visitor was female. But it couldn’t be his childhood friend, Payton Hollis. Perfume wasn’t exactly on the working cowgirl’s ‘must wear’ list. It also couldn’t be his sisters. Peta and Kendall now phoned before they’d arrived to make sure he’d have a fire lit. He hadn’t heard the last of their complaints that they’d gotten frostbite from his arctic log cabin.

The mare, happy she’d been spoilt enough, lowered her head to the hay Rhett had delivered. He glanced at the big buckskin gelding to his left and, satisfied Tucker wouldn’t poach Cherry’s portion, he eased the weight off his right leg readying to turn. The twinge in his knee reminded him why he lived on a high-country ranch so isolated he’d only ever had two visitors. Well, if his sisters even counted as guests.

The ache in his knee faded. The cold biting his cheeks receded. The grief that never left him, dulled.

Yes, his visitor was female. But not local.

His breath expelled in a dense, white cloud.

She was also … beautiful. Knock the wind from your chest beautiful.

Her arms hugged her torso and snow glistened on the fawn-brown hair that fell from beneath her fur-trimmed hood. Lips, that should have been pink, were pale, and from the shadows beneath her eyes he wondered if something else besides the glacial temperature leached her of both warmth and color.

He made his way through the wooden gate toward the stranger.

“Hi there.” His gloved hands flicked over the buttons on his sheepskin jacket. “It’s not the best day to be out and about.”

The woman might be wearing a long black jacket but thanks to his sisters he knew the thin outer wear was more of a fashion item than functional.

“Hi. Yes, I know. My feet feel like two ice bricks.” She shifted from one high-heeled black boot to the other in an attempt to beat the cold seeping through her thin soles. “Sorry to bother you, but I need a hand.”

Her smooth and cultured words confirmed she should be in a heated city condominium and not out in the winter weather of the Montana mountains.

Rhett shrugged out of his coat. Ignoring the wind gust that delved beneath the collar of his thick plaid shirt, he offered the woman his jacket.

“No problem. Here … take this. Has your car broken down?”

She shook her head and made no effort to unfold her arms and take the coat. It hung suspended between them. Used to stubborn sisters, without thought he stepped nearer and draped it around her.

He was so close he could see the creamy texture of her skin and the silken length of her dark lashes. He could smell the now stronger scent of vanilla mixed in with something sweet. Orange? He could also see the flash of spirit in her hazel eyes as she stepped side-ways so the heavy coat slipped off her narrow shoulders and back into his hands.

He nodded, knowing it would be futile to argue. Her firm tone made it obvious she might be out of her urban comfort zone but she was no helpless city girl. His independent elder sister, Peta, had taught him well. It was a brave man who’d override the wishes of a woman with a tilted chin. Even if that woman was pint-sized and barely reached his jawline.

Beneath the stranger’s folded arms a bulge within her coat caught his attention. Again he breathed out a slow and heavy white cloud. She was pregnant. The realization shouldn’t kick like a badass bronco. Payton had once told him the right girl would one day walk into his life. For some reason disappointment bit deep it wasn’t going to be this pale-skinned beauty.

Coat hanging from his hand, he stared past her to look for a car or a male companion. Just as well this woman wasn’t the one to fulfill Payton’s prophecy. He had no time for a relationship. He had a point to prove and a past to exorcise. He hadn’t walked away from everything he’d known to fail to honor the promise he’d made on his mother’s grave. He needed to get this beautiful stranger on her way and refocus on running his ranch and proving he’d changed.

He scanned the way she’d walked. Only a single set of footprints disturbed the fresh snow and no distant shape of a car sat near the road. Anger filled him. What type of man let his pregnant partner out alone in this weather and in this isolated part of Paradise Valley? The walk into the ranch wasn’t a quick stroll. No wonder she looked exhausted.

The chatter of her teeth, returned his gaze to hers. And what type of man was he letting a pregnant woman stay out in the cold longer than she had to?

“Okay.” He shrugged on his jacket. “I’ve a pot of coffee heating. How about I pour you a mug while you tell me where your car is and what I can do to help?”

The woman didn’t move toward his log cabin across the yard. Instead an indefinable emotion darkened her eyes.

He rebuttoned his coat and lowered his voice as if talking to a spooked mustang. “It’s okay. My name is Rhett Dixon and you’re on my ranch, Little Rose Crown. Anyone around these parts will vouch I’m no serial killer.”

“Just as well because I took my self-defense classes very seriously and I’m too frozen and too tired to go easy on you.” The corners of her mouth briefly curled. “Besides I know who you are. Henry Watson vouched for you.”

“No, not exactly –” She looked at her stomach beneath her still folded arms.

He followed her gaze and could have sworn the bulge inside her jacket wriggled. The bump suddenly moved and then yipped.

Rhett couldn’t help his smile or stem a strange flood of relief. He couldn’t be sure she was single but one thing he knew was there was no baby bulge beneath this city girl’s jacket.

Only a very lucky puppy.

Ivy Bishop lost
the battle to keep Milly still and quiet. She’d hoped the warmth of her body would send the tiny Jack Russell to sleep. And it had. For all of ten minutes. But now Milly had taken her puppy power-nap, she was ready to play. The pup squirmed her way to where Ivy had left her zipper down to ensure Milly had enough air and popped her brown and white head out of the jacket.

Usually Ivy couldn’t look away from her cute, big-eyed face but now all she could stare at was the smiling cowboy in front of her. Even with his hat shading his features, he would be on every unattached woman’s Christmas list.

An old friend of her grandfather’s, Henry Watson, had reassured her Rhett Dixon was a man to be trusted. But the rancher hadn’t mentioned anything about the dimples that etched Rhett’s lean cheeks, or the blue of his eyes that reassured her that no matter how much winter might dull the sky it would one day be summer.

She swallowed past the ache that never seemed to leave her throat. She hoped, just like the cycle of the seasons, that no matter how much her broken heart bled it would one day be whole.

Milly’s little pink tongue aimed for Ivy’s chin and she angled her head away.

Rhett’s grin broadened. “Someone has missed the memo it’s cold out and not playtime.”

“You can say that again.” Ivy dodged Milly’s tongue for a second time. “I’ve only had her for a day but already know I’ve misnamed her. She should be Mischief and not Milly.” She risked easing her grip on the squirming puppy to hold out a gloved hand. “I’m Ivy Bishop.”

Rhett’s own gloved hand briefly secured hers in a strong and firm clasp. “Nice to meet you Ivy and Milly.”

He stepped closer to tickle the top of Milly’s small head. The pup latched on to his thumb, growled and shook her head from side to side. Rhett’s dimples again flickered. Ivy breathed in the scent of wood smoke and man and a strange sense of longing buffeted her self-control.

She needed to get away from this cowboy with his broad shoulders, his gentleness and his compassion. With his offer of his coat and a hot coffee he’d made her feel more cared for in two minutes than James had done in two years. And such a feeling was dangerous. It told her she hadn’t yet repaired the firewall she’d let James breach. She was in Montana to hole herself up for the festive season and to heal. Not to be needy, weak or vulnerable.

Rhett prized his thumb free. “I’ll need my thumb, Miss Milly, if I’m to get you guys back on the road.”

Ivy tightened her gloved grip on the puppy to make sure she didn’t leap to the ground and make a beeline for the cuff of Rhett’s jeans. There was a reason her own jeans were tucked inside her knee-high black boots. The denim now sported tiny puncture marks.

Married By Christmas by Bailey, Scarlett
Pieces of My Heart by Jamie Canosa
If Only by Lisa M. Owens
Whistleblower and Never Say Die by Tess Gerritsen
An Exceptional Twist by Kimi Flores
Tani's Destiny (Hearts of ICARUS Book 2) by Laura Jo Phillips
The Amish Heart of Ice Mountain by Kelly Long
Trickster's Choice by Tamora Pierce
Goddess of Gotham by Amanda Lees
The Griffin's War (Fallen Moon Trilogy) by Taylor, K. J.
Our partner