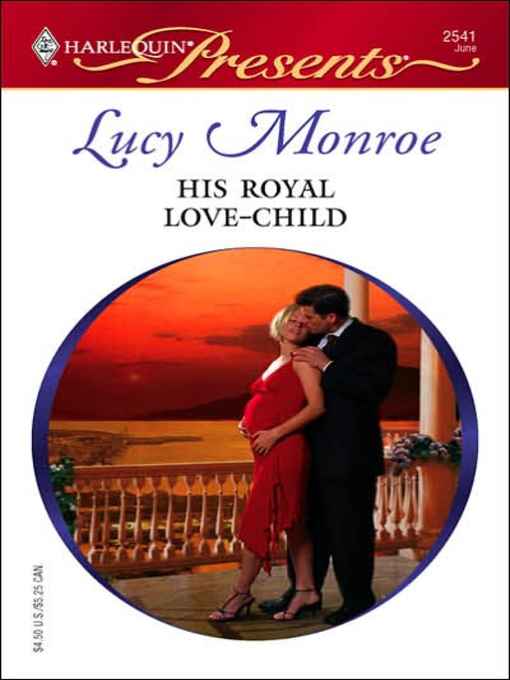 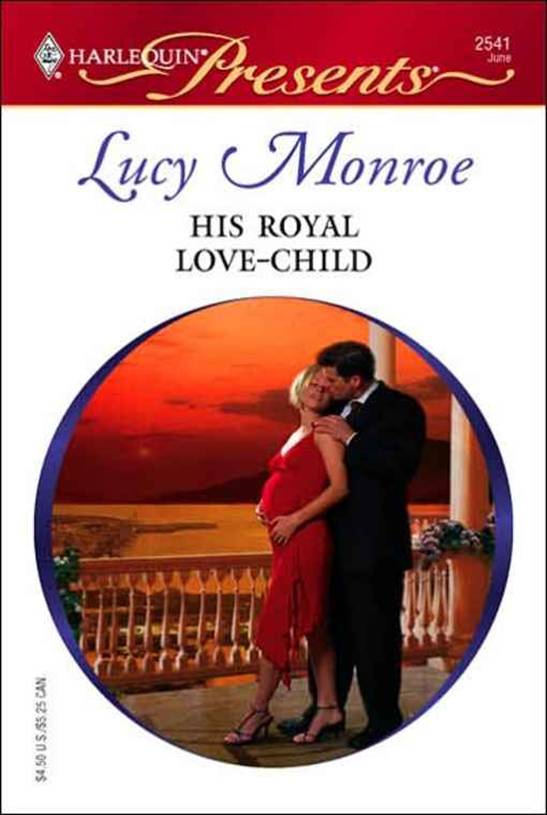 ®
and
TM are trademarks of the publisher. Trademarks indicated with ® are registered in the United States Patent and Trademark Office, the Canadian Trade Marks Office and in other countries.

For
Lidia
Chernichenko
, a dear friend and
a valued reader.
I enjoy our friendship so
much and thank you for helping me name the
Scorsolini
family.

And
for Theresa
Brookins
, a
wonderful reviewer and another special LFBJ pal.

Your presence at my chats always blesses
me and
thank you for managing my “claim list.”

Thank you also for having the idea to name the country
after the family which gave the main island in
Isole
dei
Re its name. You’re both the best!

D
ANETTE
M
ICHAELS
closed the tabloid and put it down on the coffee table with careful precision.

Her hands were steady. It amazed her. A hurricane of pain was shaking her insides. She made no sound, though she wanted to scream. She wanted to rip the offending magazine to shreds, too.
But
she couldn’t do either. If she so much as touched the tabloid again…if she gave vent to even a tiny bit of the storm tearing apart her soul, she was going to lose it completely.

She refused to do that. She’d spent years controlling her emotions, hiding both physical and mental pain while denying her tears. Ray’s betrayal had made her cry and she’d sworn she wasn’t going to let another man do that again. Not even Principe Marcello
Scorsolini
.

“He’s just delish, isn’t he?”
Lizzy
breathed, oblivious to the devastation her visit had wrought in
Danette
. She leaned forward and flipped the magazine open again, and pointed to the picture that was the source of
Danette’s
current mental agony. “Can you imagine being that woman?”

Danette
looked down at the picture. She didn’t want to. It hurt, but she couldn’t help herself. Her eyes were drawn by an emotion as powerful as the love that lay bleeding at the bottom of her heart. The
need to
know,
and a desperate hope that her vision had deceived her the first time.

The picture was exactly what she thought it was. It showed the drop-dead gorgeous president of the Italian arm of
Scorsolini
Shipping dancing with an equally attractive woman at his father’s birthday bash on
. They were practically molded to one another’s bodies. Prince Marcello was smiling and the woman looked like a beautiful, sleek cat who had just copped a whole bowl of the richest cream.

How could
Danette
have been so stupid that she’d allowed herself to get involved with
this
man…to actually believe that they had enough in common where it counted?

She’d fallen into his arms with about as much self-preservation as a lemming following the pack leader off the side of a cliff. She’d given him her virginity and asked for nothing in return but his overwhelming passion. He’d offered her his fidelity, but that picture made her doubt the sincerity of the gift.

Contrary to what he had told her, her prince was the king of the playboys. Was she terminally stupid where men were concerned, or simply unlucky?

“Earth to
Danette
.
Hello, is anyone in there?”
Lizzy’s
voice penetrated
Danette’s
crushing thoughts.

“Where were you at,
chica
? Don’t tell me you were thinking about work.”

“Something
like
that,”
Danette
said in a strained voice. In her mind, her job and her lover were inexorably linked.

“I
said
,
can you imagine being her?”

Only too well, except when Marcello held
Danette
close like that, she was never wearing a designer original ball gown. Most of the time, she wasn’t wearing anything at all. “Yes.”

Lizzy
laughed. “You’ve got a better imagination than me then.”

“Are you okay?”
Lizzy
asked
,
her face creased with concern. “You seem out of it, and more than just your normal preoccupation with being the original Wonder Woman at work.”

Danette
forced herself to look away from the picture and at her small, blond friend. They were both Americans, but that was where the similarity ended.
Lizzy
was five feet even with the body of a pocket Venus and short blond hair that fell in wild ringlets around her heart-shaped face. She also had an infectious smile that had drawn
Danette
to her immediately.

Danette
, on the other hand, had slight curves, a very slender build, a neck that Marcello said looked like a graceful swan’s, but which she felt was too long, average looks he called refreshingly natural, and average height that felt very tiny beside his six-foot-two-inch frame. Her chin-length mouse-brown hair was straight and even when she tried to curl it, it never held.
So
she’d given up trying.

Marcello said it felt like silk against his fingertips and he loved the fact she didn’t starch it with lots of product, but the blonde he was holding so closely in the picture certainly looked made up to the nines. So much for Marcello’s evinced preference for the
unadorned lily
. It was obvious he liked hothouse orchids just fine.

That picture made her wonder if she hadn’t fooled herself about Marcello just as badly as she had with Ray.

She tried for a smile, but failed. She settled for a sigh. “I’m fine.
Just tired.
I’ve been working hard on the Cordoba project.”

“With the hours you put in, it’s no wonder you don’t have a social life.”

But
Danette
did have a social life…a secret one that gave her more pleasure than she’d ever dreamed was possible. At least it had until this moment.

She managed to force the smile this time, though she wasn’t sure it was a very convincing one. “You know how it is.”

Lizzy’s
smile was genuine, if tinged with worry. “What I know is that you work too hard.”

“I love my job, too,
chica
, but you don’t see me spending every waking moment dedicated to it.”
Lizzy
winked. “I’ve got better things to do with my off hours. Speaking of, I’ve got to get going…you sure you don’t want to come down to the
taverna
with the rest of us?”

Danette
shook her head. “Sorry, but I think I’ll go for an early night.”

Lizzy
sighed and shook her head, her blond curls bouncing. “You need to get out more.”

“I do get out.” With Marcello, and nowhere anyone from
Scorsolini
Shipping was likely to run into her.

Lizzy
just snorted, then her expression turned calculating. “If you aren’t there, Ramon from sales is going to be disappointed.”

“The guy has the
hots
for you, he’s good-looking, great at his job, and he’s single. Why not come down, spend some time with him? See where it goes.”

“Ramon has had four different girlfriends in the last six months…he’s a bad risk.”
But
she had to swallow a burble of hysterical laughter as she realized what she’d just said.

No worse risk existed in the relationship stakes than Marcello
Scorsolini
.

“All of life is a gamble, or haven’t you learned that yet?”
Lizzy
asked as she got up to go.

“Some chances are more worth taking than others.”

“And you don’t think Ramon is one of them?”

Danette
sighed. “I don’t know, but not tonight. I’m sure about that much, all right?”

“Okay.”
Lizzy
smiled again and reached out to hug her. “Get some sleep. I’ll see you at work tomorrow.”

Danette
hugged her back. As she stepped away, she remembered all the times she’d encouraged her friend, Tara, to go for it with Angelo Gordon, but this was different.
No one could compete with Marcello…not even the sexy, charming Ramon from sales.
“Have fun tonight.”

“We will.”
Lizzy
turned to leave.

“You forgot your magazine.”

“Keep it,”
Lizzy
tossed over her shoulder on her way out the door. “It’ll give you something to read before bed.”

The door shut behind the other woman before
Danette
could respond.

She didn’t want to read the tabloid. She didn’t want to look at it. She didn’t want it in her apartment, but when she picked it up to throw away, she found herself rereading every single word of the article about King
Vincente’s
birthday party. It was a four-page spread with tons of pictures, a few quotes and enough innuendo to sink an oil tanker.

She was staring at the picture of
Tomasso
and the woman dancing when a peremptory knock sounded on her door.

She lived in what had once been the groundskeeper’s cottage on a large estate on the outskirts of Palermo. The family still occupied the main house and the security system was top-notch. Angelo and Tara had helped her find the place and she was really grateful. Even though Angelo had arranged for her job, she’d wanted to make it on her own in Italy from that point forward. So, she had refused her parents’ offer to help her buy another condo like the one she’d had in Portland, or in procuring what they considered an acceptable place of habitat for their one and only child.