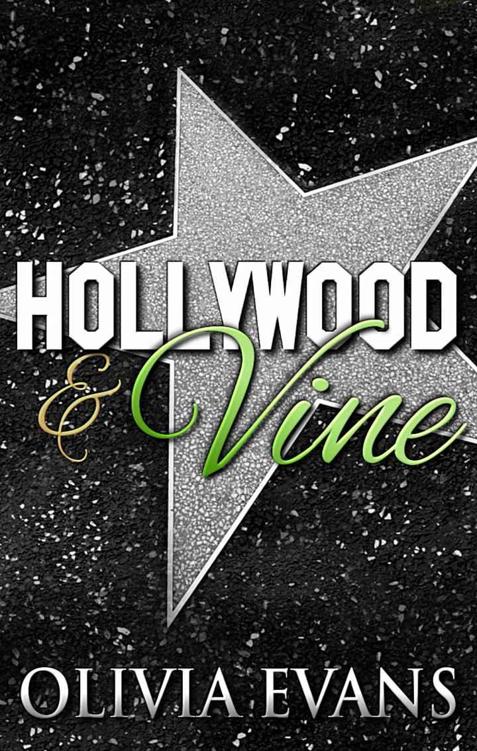 To the family I neglected,

the friends I tortured,

and the fandom that swears I’m the devil.

I love you all.

O
n the second floor of an exclusive restaurant, a private party was in full swing. Music pulsed through the speakers, distorting the scattered conversations with its thumping bass. In the back of the dimly lit room, Josie Bane leaned against the wall. Her gaze flitted around the room, moving over the sea of random faces with amusement. Actors and studio employees slowly meshed, alcohol erasing the line between filthy rich and hired help. The subtle graze of a finger against bare skin here, a sultry smile and lust-filled gaze there.

It was a room filled with one-night stands and morning after regret. Fantasies brought to life by alcohol and loneliness. Josie was the one exception. She had no illusions of a fairytale ending. She wanted one thing from one man. When it was over, she’d walk away without regret. Just like he would.

Josie sipped her drink as the object of her intentions came into view. He stood among a circle of people with relaxed shoulders and an easy smile. With one hand inside his pants pocket and the other holding a glass of champagne, the casual observer might believe him to be completely at ease.

For Josie, however, the predatory gleam in his eyes as he scanned the crowd was unmistakable. In a final move to calm her nerves, Josie finished her champagne and straightened her shoulders. If everything went according to plan, his search would be over soon.

She remembered the first time she had laid eyes on Anders Ellis. He’d strolled past her to the set, his black hair purposely messy, his dark blue eyes full of mischief, and his dimpled grin portraying an innocence he didn’t possess. He was cool confidence and smooth swagger, and his appearance caused the entire crew to fall silent. It was obvious he loved the attention.

Josie disliked him instantly. His good looks and cockiness made her face twist with annoyance whenever she thought of him. His treatment of the crew and cast members was degrading at best. So Josie did what any sane person would: she became an invisible presence. She went great lengths to see that his costumes arrived on time, the material pressed and wrinkle free. Admittedly, it was no small feat. Anders tended to be a little more than high maintenance.

Everything changed the day Josie stood at the back of a closed set while he filmed a sex scene. Her thighs clenched at the memory of how he pushed off the bed after the director yelled cut. How he adjusted the tight cock sock while walking away from his costar still panting on the bed. The way he smirked at the women staring with uncensored lust. She also remembered the sounds coming from his trailer later that day when he and his costar had a private encore performance.

Shame and excitement heated Josie’s skin as she thought about what she had done later that night. She had replayed the scene of him thrusting against his costar as she slid her fingers under the edge of her panties. In this scenario, however, it was
her
sweat-slicked body being licked, sucked, and pushed over the edge of oblivion.

It was the first of many fantasies starring Anders during the months that followed. Unable to deny her attraction any longer, Josie accepted her desire to make at least one of those fantasies come true.

She glanced at her watch and pulled in a deep breath. It was now or never. Leaving the now empty glass on a table, she smoothed her hair and pushed through the crowd.

On the other side of the room, Anders sipped his drink and checked the time. One more hour and he could leave. The pickings for finding someone to fuck were slim. There were plenty of attractive women around, but he’d slept with most of them and he never went against his motto.

He sighed when the sound of clicking heels approached from his right. He fixed his face with a smile and turned, his eyes widening at the sight of the girl approaching him. Long, light brown sun-kissed hair fell over her shoulders. The neckline of her top dipped between her breasts, revealing the soft swell underneath, and her short skirt showcased legs meant to wrap around his waist.

He had no idea how he had missed her.

“Hi.” Her full lips pulled back into a gorgeous smile. He wanted to see those lips wrapped around his cock as he wrapped his hands her long hair. Her light blue eyes were clear, a sure sign she wasn’t drunk.

“Hey,” he answered, not bothering to hide the way his gaze lingered on her chest.

“I’m Josie,” she offered, extending her hand. She didn’t bother pretending to care about his staring. She wanted him to imagine her naked.

“Anders. But I’m guessing you knew that.” He grinned and shook her hand.

She smiled indulgently. It was no secret that he was a conceited asshole, but she wasn’t interested in stimulating conversation. The stimulation that Josie sought involved very little talking.

Kiss Me Deadly by Levey, Mahalia
My Serbian Wolf by Charisma Knight
The Strange Case of Finley Jayne by Kady Cross
Bone in the Throat by Anthony Bourdain
Lord of Misrule by Rachel Caine
Queen Liliuokalani: Royal Prisoner by Ann Hood
On the Loose by Tara Janzen
Woman King by Evette Davis
Rainbows End by Vinge, Vernor
Zombie Fighter Jango #1 The Road to Hell Is Paved With Zombies by Cedric Nye
Our partner