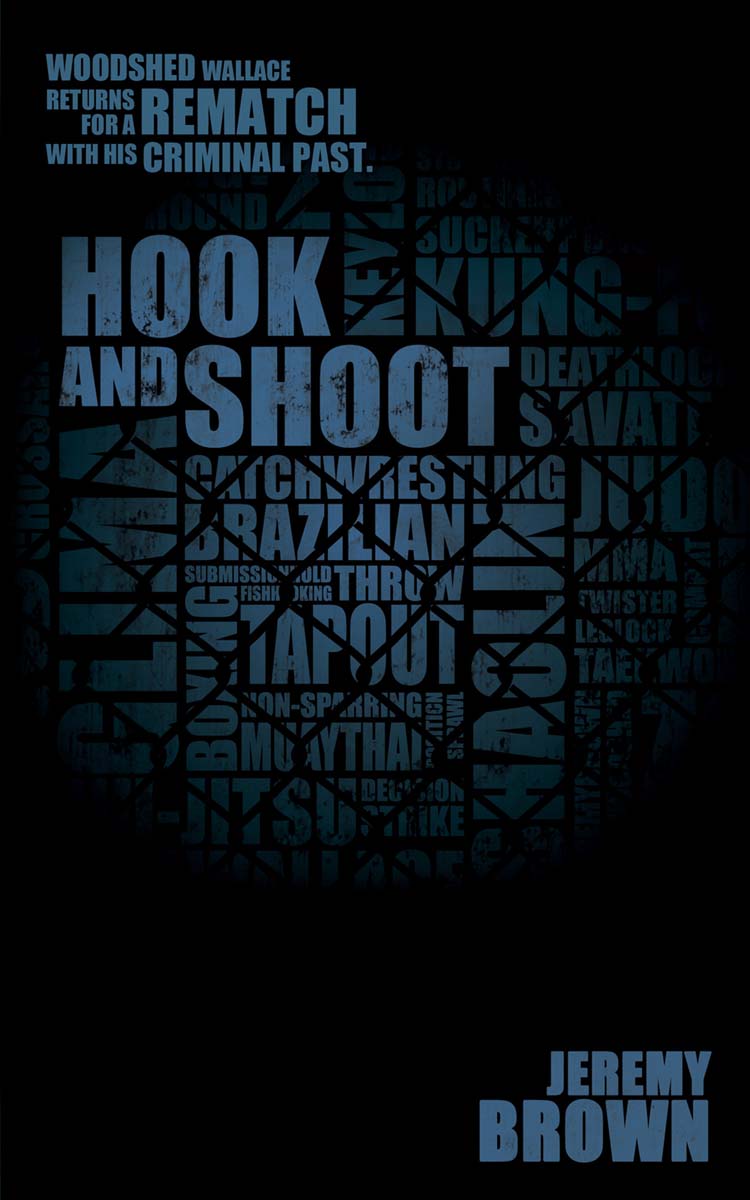 The driver opened the gym door. Heat boiled in off the blacktop. He expected me to follow. “Mr. Wallace.”

I waved to Roth and Terence, standing in the boxing ring with their mouths hanging open. “Peasants.”

“Won't even take my crayons.”

I walked to the limo thinking Eddie had waited this long because he wanted the perfect matchup for my next heavyweight fight. Something that would take full advantage of the KO win over Burbank and the eleven new fans I'd picked up.

Serves me right for thinking he'd give me what I deserved instead of what he wanted me to have. He'd waited until he had something to hold over my head, despite being short enough the two of us would make a decent ventriloquist teamâmight have to rip his spine out, but he never used it.

The driver held the limo door.

I waved at Gil and got in.

The next time I saw him was a day later. I had my next fight lined up and a blow dart sticking out of my face. 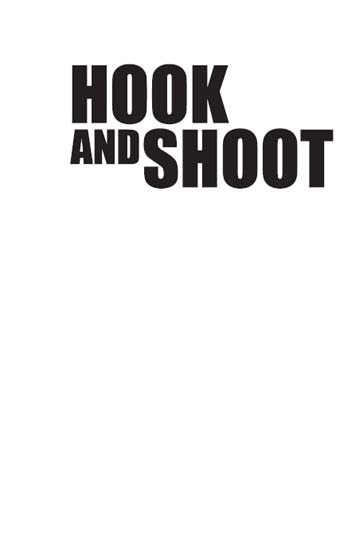 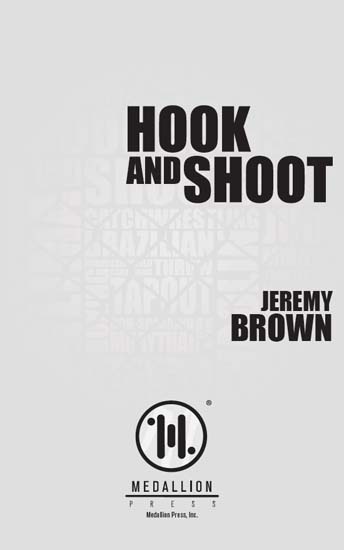 Names, characters, places, and incidents are the products of the author's imagination or are used fictionally. Any resemblance to actual events, locales, or persons, living or dead, is entirely coincidental.

You can't punch a guy in the face if he isn't around. I've tried it.

At first I thought Banzai Eddie Takanori was just waiting until I healed up after the Burbank fight. I had a sixty-day medical suspension with thirty days of no contact to let the scar tissue clump together into some kindergartner's idea of eyebrows. Docs cleared me after five weeks, and I got back to light sparring and rolling, my trainer Gil watching for blood like a vampire shark.

Seven weeks after the fight and still no Eddie. We saw him on TV at Warrior events, so he was alive despite my earnest voodoo doll attempts; naming a taco Eddie and eating it doesn't always work. Every day Gil left him messages and threatened it was the last time he'd call. I didn't panic until Roth and Terence
and the other guys at the gym quit busting my chops and asked how I was doing.

Opportunity was toying with me. Finally thought I'd caught the bastard, got a good grip, but it was pulling away. When it snapped I'd be left with a limp chance just long enough to make a noose.

I was staring out the front windows of The Fight House, Gil's gym, thinking about getting a degreeâmaybe they'd look at my rÃ©sumÃ© and give me an honorary doctorate in wasted potentialâwhen a black stretch limo floated to a stop in the parking lot.

The driver got out and frowned at the sun, pulled his white shirt away from his chest, and stepped inside the lobby. “Mr. Wallace?” British accent. If it was fake, a nice touch.

“I don't care what these assholes said, I still have a job. I'm not washing that thing.”

“Who's here?” Gil shouted from the sparring cage, took his time on those stumpy legs of his getting to the front. He sipped his barrel of coffee and looked the driver up and down. “Who's this?”

The guy was lean, midthirties, just under six feet with a relaxed smile and eyes that tried to look soft but didn't quite remember how. He tolerated our scrutiny for two seconds. “I'm here to pick up Mr.
Wallace for Mr. Takanori.”

“Sweet Jesus, finally,” Gil said. “Where we going? Do I need to change?”

The driver considered Gil's sweaty gi top and stained cargo shorts. No shoes. “Mr. Takanori was clear: the invitation is for one.”

Gil's jaw clenched. “He's out there?”

Gil found his cell phone on the counter. “Does Mr. Takanori have his phone with him?”

“I can relay any message.”

“Tell him to call me. He owes us a fight contract, and I'm tired of this waiting bullshit.”

Gil looked at me. “You tell him too. You have your phone?”

“Call me and give him the phone.”

The driver said, “It will be handled.”

“I'm right here, phone in hand. No time like the present.”

The driver opened the front door. Heat boiled in off the blacktop. “Mr. Wallace.”

I waved to Roth and Terence, standing in the boxing ring with their mouths hanging open. “Peasants.”

“Won't even take my crayons.”

I walked to the limo thinking Eddie had waited this long because he wanted the perfect matchup for my next heavyweight fight. Something that would take full advantage of the KO win over Burbank and the eleven new fans I'd picked up.

Serves me right for thinking he'd give me what I deserved instead of what he wanted me to have. He'd waited until he had something to hold over my head, despite being short enough the two of us would make a decent ventriloquist teamâmight have to rip his spine out, but he never used it.

The driver opened the door.

I waved at Gil and got in.

The next time I saw him was a day later. I had my next fight lined up and a fucking blow dart sticking out of my face.

The limo smelled like new leather and dirty laundry.

I didn't see any piles of clothes and mine were clean, which left one source. I sat in the rear seat and faced Eddie. He had his back to the closed driver panel. Just him, no typical gaggle of yes-men and gophers.

The last time I'd seen him in person he was standing outside the Golden Pantheon Casino with someone else's blood spattered on his face. Maybe mineâit was dark out. That was almost two months ago. Since then, I guessed he'd had about seven minutes of sleep. His charcoal suit sagged. Even his little blue faux hawk was wilted.

The limo rolled to the street, and a small speaker clicked next to Eddie's head.

He leaned into it. “Just drive around.” He spent a few seconds staring at me or something halfway
between us. “How you doing, Woody?”

“Sorry she can't come with us today.”

His throat did some tricks. “Since when?”

“A week after the Burbank fight.” Remind Eddie of that little earthquake, case he forgot. “Her, Jairo, everybody.”

“When's the last time you talked to her?”

Eddie stared out the window. “Nothing, brah, just making sure my superstars are happy. You happy?”

“Oh yeah. I love it when somebody dumps bullshit in my ears.”

He smiled, and I heard the skin on his face crinkle. Stress made him look his age, closer to forty instead of his usual thirtyish. I waited for my Burbank spark to get a blaze of contract talks going. It hit Eddie's ear and fizzled.

For a few days after the fight, the MMA press had been all over me coming from nowhere to knock
Warrior's poster boy out. They wanted interviews, life stories, thoughts on the Middle East.

I missed it. Too busy checking the mainstream media for stories about a Brazilian woman named Marcela Arcoverde getting kidnapped so Kendall Percy could mess with my head, make sure I lost the Burbank fight to get him a huge payday. The piece of slime needed that money to pay the Yakuza debt he'd taken off Eddie's back. All Eddie had to do was find a chump to get mangled in the Warrior cage, and everything would work out fine.

I've seen crocks of shit before; his reassurance was a masterpiece. Marcela was dead unless I found her. Her cousin Jairo would make sure I was dead if I failed, so he came along and we hunted.

Not a word of it was ever reported.

No mention of Kendall Percy and his crewâLance, Big Jake, Steveâgoing missing from their illegal bookmaking hub in the back of a bakery.

No coverage of an El Salvadoran gang's garage hangoutâTezo's kingdomâwhere he'd kicked me and Jairo into a cesspit to fight to the death. Until he got bored, shot Jairo, and tried to drown me in a stained claw-foot bathtub. I made it out and turned him and his boy Parasite into autopsy photos. I hadn't taken a bath or soaked in a hot tub sinceâshowers
were safer and didn't give me the cold shakes.

No breaking news about a shoot-out at the desert compound built by a gun nut called Chops, me and Marcela dragging Eddie over warm bodies on our way out. Or the mass grave Chops dug and filled with scraps of Big Jake, Lance, Steve, Tezo, and his thugsâbut no sign of Kendall. You could spend weeks combing through the land mine crater on the slope behind Chops's stronghold, maybe come up with a burnt fingernail or a bolt from Kendall's Caddy.

Good luck making it out of Chops's rifle scope with that evidence.

There were five people still breathing who could give eyewitness accounts.

Marcela and Jairo: They're proud of wiping those stains off the planet. Jairo shows off his bullet wound, tells people it's from cross fire in Rio de Janeiro's
Cidade de Deus.
Marcela never mentions any of it when we talk, only wants to know if I'm okay. My stomach still bounces when I think about her. I do it dozens of times a day.

Chops: A career criminal who thinks badges are targets and carries a cyanide capsule in a hollow tooth. I don't worry about him going to the authorities.

Me: The record of self-destruction is impressive, but I'm not big on confessions.

Eddie: Show him a picture of a fork, and he'll
squeal like a stuck pig.

I watched him in the back of the limo, staring out the window at nothing, the stress a black hole pulling him smaller and tighter into himself. He needed some empathy. “Are you gonna open your fat mouth and talk to anybody about what happened?”