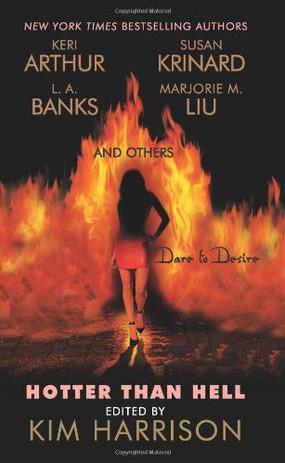 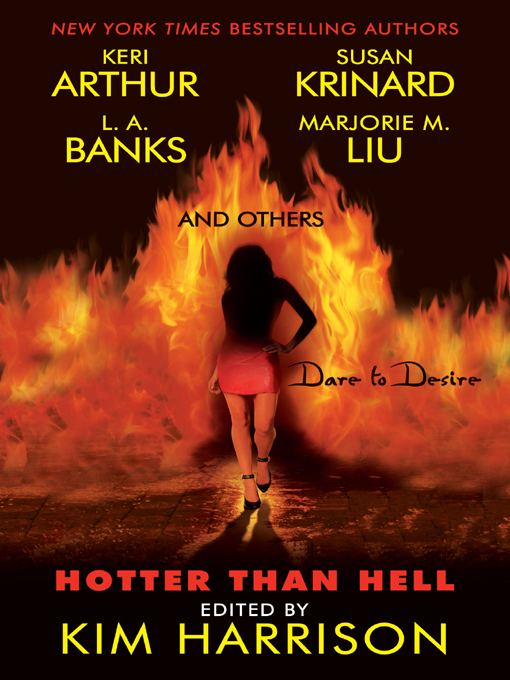 Curse of the Dragon’s Tears

Life is the Teacher

Other Books by Kim Harrison

Short stories were where I fell in love with the power behind the printed word, a small little nugget of truth or observation, a “what if” of thought pared down to its simplest thought to make the complex easy. Those masters of the science fiction and fantasy field had created for me a gourmet meal, with its small portions elaborately presented to leave the participant impressed, knowing that they had taken in something out of the ordinary, even if it did leave them hungry for a burger on the way home.

I finished deciding that I hadn’t helped prepare a gourmet meal in this case, but instead somehow created a cool, summer fruit salad: a bursting of sweet strawberries for romantic love, the twang of sour grapes for revenge and loss, chunks of apples and peaches—the stories from established worlds we have become familiar with, and the exotic flavor of kiwi and passion fruit—the tantalizing glimpses of something new we’d like to see more of, all mixed up with the sweet dressing of incomparable, good storytelling from some of the best authors in the paranormal romance and urban fantasy field today.

So please pull up a chair in the shade, prop up your feet on the cooler full of the icy beverage of your choice, set the phone on mute, and dig in. Enjoy! And if you’re wondering what kind of fruit I think my work is? That would be the nuts.;-)

AS GLEN MANEUVERED HIS CAR OVER THE RUTTED field the sign insisted was the parking lot, Ali frowned out the tinted window at a line of teenagers dressed in white and leading enormous brown cows and wondered if her partner had lost his mind. Bands that played the county fair circuit might be a step above garage bands, but it was usually a small step. Bedford Entertainment needed to sign a group that could pull in some numbers, and she didn’t think they’d find that here.

“What’s up with the kids and the cows?” she wondered as they bounced to a stop next to an impressively rusted pickup.

Glancing past her as he shifted into park, Glen shrugged. “Different leash laws in the country, I guess.

Come on, they’re on in twenty minutes.”

He’d brought her here to see a band named NoMan. Five-man, country-rock, fronted by two brothers, Brandon and Travis Noman. One sang lead, one played—well, in country-rock she supposed it was a fiddle, wasn’t it? She wasn’t sure about the name but names were easy enough to change. They were backed by guitar, bass, and drums but she had no information on the musicians.

The stage had been set up at one end of the midway. It had a back and a roof of sorts and the ubiquitous three guys in black t-shirts screwing around with the sound system, but there was no disguising it was actually a hay wagon or that hay bales had been arranged in rows for the audience.

“How rustic,” she murmured as they settled on a bale at the end of the fourth row.

She closed her hand around his arm. “Please tell me you didn’t sleep with them and you’ve dragged me out to the middle of nowhere to hear a thanks-for-the-fuck audition.”

He laid his hand over hers, large and warm and calming. “I didn’t and it isn’t. Although I would have.

Leaning around him, Ali realized the bales were filling fast with an interesting cross section of humanity. She hadn’t known baseball caps came in such a wide variety of colors. A closer look at the packed first three rows—the rows between her and the stage—and she realized no one sitting there could be considered either old or young and they all exuded a certain visceral anticipation as they waited for the show to start.

On the other hand, if they were as good as Glen said they were, she could build their numbers to the point where they’d become what she needed. And if they weren’t…at least she’d got out of the city for the afternoon. There had to be some truth in what everyone said about fresh air.

“If you’d got to them, would they?” she wondered, determined to distract herself.

Mouth by her ear, he murmured, “I pegged them as enthusiastically nondiscriminating.”

Well, she was all for enthusiasm. Settling her weight against Glen’s shoulder, she found a certain amusement in noting the envious looks being sent her way. Six foot meant a lot of leg in tight jeans, the heavy white shirt emphasized the breadth of his shoulders, and the rolled-up sleeves exposed muscular forearms. It might have been gym muscle, not work muscle, but he didn’t look out of place amid the surrounding country boys. The light dusting of freckles across his nose just added to the wholesome appeal.

“What are you smiling about?”

“The bottle redhead in the front row keeps turning to give you the eye.”

He drew his tongue over a full lower lip, watched her squirm and said, “Her boyfriend’s not bad.”

“And that’s why I was smiling.”

“And that’s why you love me.” Ali had a feeling she was attracting some attention herself, felt that prickling between her shoulder blades that said someone was staring. The feeling grew and, although she’d had every intention of ignoring it, she finally turned. No mistaking the familiar figure standing just behind the last row of hay bales.

He winked. He pushed back the curl of thick, dark hair that fell over his forehead and he unmistakably winked one brilliant blue eye when he caught her staring.

She tightened her grip on Glen’s arm. “Tom Hartmore’s here.”

“You think?” she snapped. There was nothing Michael Richter’s Vital Music Group liked better than finding a band just on the verge of breaking out and thrusting them out onto the world stage. Vital made stars out of guts and raw talent—Ali had to give them that—and they were so good at it most of the musicians took years to realize they’d signed an iron-clad contract giving away rights to everything up to and including posthumous work. Michael Richter didn’t believe in death cutting into his bottom line.

“Tom could be doing some preliminary scouting. Working on rumor. If he had actual word on the band…”

“Then Mike would be here himself, he wouldn’t send Tom.” The knot loosened in Ali’s stomach. They were still one step ahead.

A squawk from the sound system drew her attention back to the stage. The guitar player was fiddling with his amp, the bass player looked stoned—although that was hardly unusual for bass players—and the drummer looked like he’d been borrowed from a thrash metal band. No sign of the brothers…

Almost before she finished the thought, they were on the stage. The matching black cowboy hats seemed to be the only affectation—given the blazing afternoon sun, she’d allow Travis’s sunglasses as a necessity—otherwise they were both in jeans and worn boots. Brandon had on a black t-shirt with the band’s name in red and Travis wore a black shirt tucked in over the biggest belt buckle Ali’d ever seen.

The sun glinting off it kept drawing her gaze back to his crotch as he tuned up, not necessarily a bad thing, but she was after the larger picture. Brandon’s dark blond hair just covered the back of his neck.

Travis’s was longer, lighter, and tied back.

As Brandon moved to the center microphone, the redhead bounced and squealed.

The redhead’s boyfriend seemed close to doing the same. Another vote cast for enthusiastically nondiscriminating then.

While they wouldn’t stop traffic, the brothers weren’t unattractive. It was hard to get a handle on their height—given the stage and the hats—but she doubted either of them had hit six foot, although Travis looked a little taller. As far as she could tell, they were in good shape and both presented the overt masculinity that often came as a package deal with country singers. The way they moved made her think theirs came to them naturally. She was obviously missing something though, given Glen’s reaction.

Well, Glen, the redhead, her boyfriend, a pair of busty blondes who waved wildly until Brandon acknowledged them with a smile, and pretty damned near everyone sitting in the first three rows.

Then Travis drew his bow across the strings and Ali felt the note dance through blood and bone. It was the eeriest damned sound she’d ever heard.

The drummer counted them in as Brandon wrapped both hands around the microphone.

The first song was called Sweet Southern Rain , the second, Wild Nights , and by the third, Ali had lost track of the titles. She had to move, up on her feet like everyone else, the crowd growing with every song as men and women abandoned the midway and the show rings. She was unable to take her eyes off the way Brandon’s mouth moved mere inches from a big, old-fashioned condenser mic—whiskey voice caressing, or screaming, or growling the words. All she could think of were those hands, cupping her face the way he held the microphone, fingers rough against her skin. When he started to sweat, she breathed deep, trying to catch his scent over the hay and the cotton candy wafting in from the midway.

When he moved, she moved with him and imagined his skin slick and hot against hers.