How I got Fat - How I got Back

BOOK: How I got Fat - How I got Back
>>DOWNLOAD HERE >>READ ONLINE NOW
ads 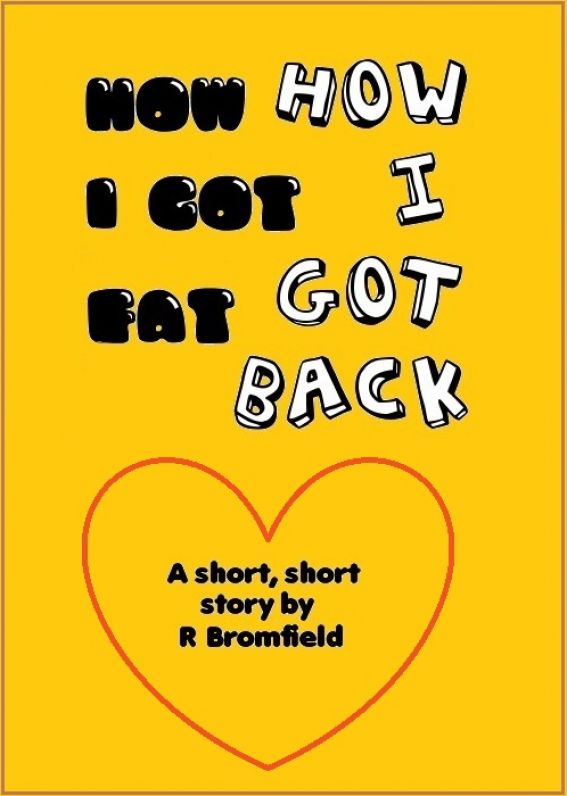 How I got fat - How I got
back

It took me years and years to put on the sixty
pounds I wanted to get rid of. It was depressing. It wouldn't be
easy to lose. I hated looking at myself in the mirror - even a
little hand mirror. What were my good points? I had good skin. Big
deal. I had a great sense of humor. Yeah, I was making people laugh
all right - behind my back. I could make fabulous chocolate chip
almond cookies. What was the fun of that without someone to share
them with? I felt very alone. I'd tried to lose weight before and
managed to drop six or eight pounds, but then I always gained it
back - and more! Then the worst thing that can happen happened; the
only person in the world who I could possibly call a friend fell in
love and lost like twenty-five pounds overnight. At least it seemed
like overnight. I was jealous, and more lonely than ever. I didn't
think it would be a good idea to keep going on that way.

I had to do something, but nothing worked; not
permanently. My friend lost more weight. What was she doing that
made this happen? She seemed so happy and didn't seem to care about
anything, which is understandable; she was in love. I wasn't in
love; I was depressed. But maybe if I did all the other things...
She went for walks a lot. When you're in love you do that. So I
decided to start walking whenever I could. If I had to take the car
to the grocery store I parked it waaaay out at the edge of the
parking lot instead of right near the entrance. Magically, I
stopped getting shopping cart dents in the doors. One Saturday,
when I knew the parking lot would be absolutely full, I left the
car at home and walked all the way to the mall. I was surprised to
find out that it was actually quicker that way and so I started
doing it once in a while even when the parking lot wasn't
full.

Inside the mall there was a kind of
gravitational attraction to the food court; Taco Bell, McDonalds
and NY Fries. I'd read somewhere that we evolved from creatures
that had difficulty finding nourishment and staying warm. We could
get fruits and nuts okay but we really needed animal protein to
survive, so we slowly developed a way of storing fat for periods
when animal protein was scarce. The craving for fat was what kept
us alive. Today fat is available at every fast food joint and the
craving for it still exists. Pretty soon I realized that the fast
food industry is exploiting this ancient craving for fat because
they are only interested in their bottom line - not my bottom. I
resented the fact that these big corporations had control over my
butt, so I started taking the stairs to go up and around the whole
food court section. A great advantage of taking the stairs was that
I didn't have to stare at someone's ass all the way up on the
escalator.

After a while it started to become a kind of
game. How could I beat those bastards that were making me feel the
way I did?

I noticed something strange about the
supermarket; all the processed food is in the centre aisles and the
good food is around the outside. It was too hard at first to avoid
the centre aisles so I made myself a promise to read the whole
ingredients list of anything I wanted to buy from these aisles.
Most of it is so weird that I put half of it back on the shelf and
didn't buy it. I did other stuff too; I stopped making my famous
cookies; Instead of sitting at home I went, by myself, to the
movies; I met some people there who drank too much coffee and
talked too much all the time about making movies themselves. I
started to hang out with them. One guy said he was a writer, two
girls were going to be actors. Two other guys fought over which one
of them could direct. They were all great people but maybe a bit
pretentious; I don't think any of them ever really did anything
except go to school and work at part-time jobs. But I thought they
had a good idea. I couldn't act and I didn't know how to write a
movie script but I started getting up really early in the morning
and writing a story of my own on my laptop. I set aside three or
four hours every morning for that and then went about doing all the
other stuff I had to do each day. After a while I didn't even have
to set the alarm. It was kind of exciting to get up and start
recording all the things I though up about my imaginary
characters.

I kept meeting up with the movie crew too -
that's what I called them, the movie crew. I got lots of ideas for
my story from them because all they did all the time was
talk.

Finally, one day, one of them said to me "Hey,
you've lost weight." It was weird but after that they kind of lost
interest in me. Maybe they only let me into their group in the
first place because I was fat. But it was true; I had lost weight.
I hadn't weighed myself for weeks and weeks but I could remember
what my weight used to be all right; it was all I thought about
back then. I was shocked to find out that I'd lost six pounds. It
wasn't much but it hadn't been hard to do either.

I kept doing what I'd been doing and getting up
early in the morning to write my totally made up story and going
for walks. I met other people and last week I went on a date; the
first one in... God, I don't want to think how long it's been. It
was fun. We're going out again tonight.

Now, it took a while but so far I think I've
lost almost fifty pounds. I'm not sure because I don't weight
myself like everyday any more. I didn't lose it by obsessing about
every pound, struggling with diets, swallowing handfuls of pills or
huffing and puffing away at exercise programs; I managed to do it
by changing small things in my life; things that were easy to
change; unnoticeable things that gradually added up. But most of
all, somewhere along the way, my attitude changed. I feel better
about myself now. But the really weird thing is that I don't
actually care how much I weigh any more. But maybe that's part of
it; I stopped caring about whether I fit in and quit worrying about
what people think about me.

Oh yeah, you know my friend who fell in love
and lost the weight? Well, that ended kind of suddenly and she
started to pack it back on. She got worried that we weren't still
friends but I just laughed. I'm pretty busy these days but we go to
the movies together twice a week now.

By the way, I finished writing my story and put
it out as an eBook. If you actually want to read it go to
http://www.smashwords.com/books/view/15693 where you can sample it
for free. It's called AT LARGE.