Read How to Live Online 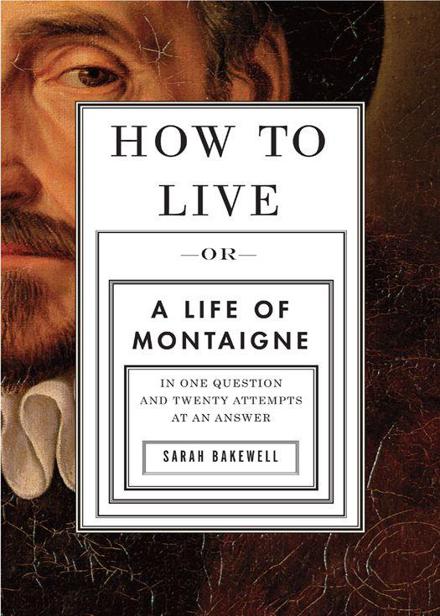 How to Live
Sarah Bakewell

In a wide-ranging intellectual career, Michel de Montaigne found no knowledge so hard to acquire as the knowledge of how to live this life well.
By casting her biography of the writer as 20 chapters, each focused on a different answer to the question How to live? Bakewell limns Montaigne’s ceaseless pursuit of this most elusive knowledge. Embedded in the 20 life-knowledge responses, readers will find essential facts—when and where Montaigne was born, how and whom he married, how he became mayor of Bordeaux, how he managed a public life in a time of lethal religious and political passions.
But Bakewell keeps the focus on the inner evolution of the acute mind informing Montaigne’s charmingly digressive and tolerantly skeptical essays. Flexible and curious, this was a mind at home contemplating the morality of cannibals, the meaning of his own near-death experience, and the puzzlingly human behavior of animals.
And though Montaigne has identified his own personality as his overarching topic, Bakewell marvels at the way Montaigne’s prose has enchanted diverse readers—Hazlitt and Sterne, Woolf and Gide—with their own reflections. Because Montaigne’s capacious mirror still captivates many, this insightful life study will win high praise from both scholars and general readers. --Bryce Christensen
Named one of Library Journal’s Top Ten Best Books of 2010

The Smart
The English Dane 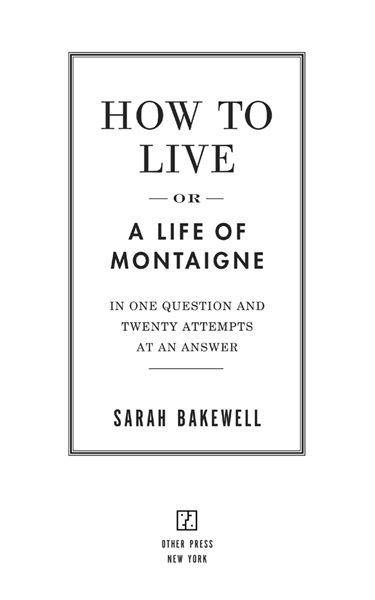 First published in Great Britain in 2010 by Chatto & Windus, an imprint of
Random House UK

© 1948, 1957, 1958 by the Board of Trustees of the Leland Stanford Junior University. All rights reserved. Used with the permission of Stanford University Press,
www.sup.org

All rights reserved. No part of this publication may be reproduced or transmitted in any form or by any means, electronic or mechanical, including photocopying, recording, or by any information storage and retrieval system, without written permission from Other Press LLC, except in the case of brief quotations in reviews for inclusion in a magazine, newspaper, or broadcast. For information write to Other Press LLC, 2 Park Avenue, 24th floor, New York, NY 10016.

Or visit our Web site:
www.otherpress.com
.

Other Book by This Author

Hanging by the tip of his lips

Montaigne the slow and forgetful

The young Montaigne in troubled times

Little tricks and the art of living

7.
Q. How to live? A. Question everything

All I know is that I know nothing, and I’m not even sure about that

8.
Q. How to live? A. Keep a private room behind the shop

Going to it with only one buttock

A gay and sociable wisdom

It all depends on your point of view

Raising and lowering the temperature

16.
Q. How to live? A. Philosophize only by accident

Fifteen Englishmen and an Irishman

17.
Q. How to live? A. Reflect on everything; regret nothing

Q. How to live?
MICHEL DE MONTAIGNE IN ONE QUESTION AND TWENTY ATTEMPTS
AT AN ANSWER

T
HE TWENTY-FIRST CENTURY
is full of people who are full of themselves. A half-hour’s trawl through the online ocean of blogs, tweets, tubes, spaces, faces, pages, and pods brings up thousands of individuals fascinated by their own personalities and shouting for attention. They go on about themselves; they diarize, and chat, and upload photographs of everything they do. Uninhibitedly extrovert, they also look inward as never before. Even as bloggers and networkers delve into their private experience, they communicate with their fellow humans in a shared festival of the self.

Some optimists have tried to make this global meeting of minds the basis for a new approach to international relations. The historian Theodore Zeldin has founded a site called “The Oxford Muse,” which encourages people to put together brief self-portraits in words, describing their everyday lives and the things they have learned.
They upload these for other people to read and respond to. For Zeldin, shared self-revelation is the best way to develop trust and cooperation around the planet, replacing national stereotypes with real people. The great adventure of our epoch, he says, is “to discover who inhabits the world, one individual at a time.” The “Oxford Muse” is thus full of personal essays or interviews with titles like:

Why an educated Russian works as a cleaner in Oxford

Why being a hairdresser satisfies the need for perfection

What you can discover if you do not drink or dance

How to be successful and lazy at the same time

How a chef expresses his kindness 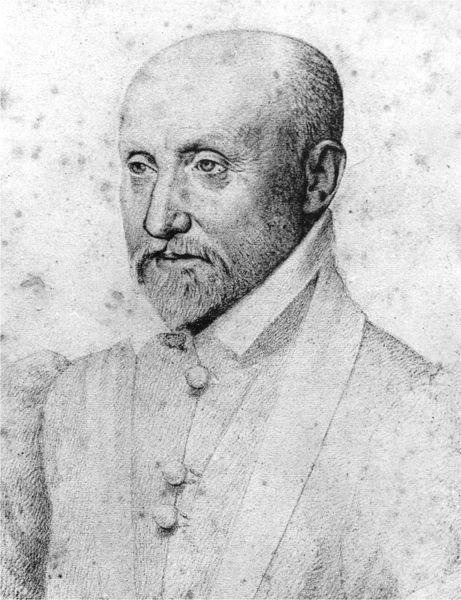 By describing what makes them different from
anyone
else, the contributors reveal what they share with
everyone
else: the experience of being human.

This idea—writing about oneself to create a mirror in which other people recognize their own humanity—has not existed forever. It had to be invented. And, unlike many cultural inventions, it can be traced to a single person: Michel Eyquem de Montaigne, a nobleman, government official, and winegrower who lived in the Périgord area of southwestern France from 1533 to 1592.

The Abandoned by Amanda Stevens
Tempt Me Eternally by Gena Showalter
Unmasked: Volume Three by Cassia Leo
Mile High Love by Cottingham, Tracy
Warblegrub and the Forbidden Planet by Andrew Barlow
False Witness by Aimée and David Thurlo
The Sea Runners by Ivan Doig
Last Woman by Druga, Jacqueline
Unbreakable Bond by Gemma Halliday
Disciplined by the Dom by Chloe Cox
Our partner