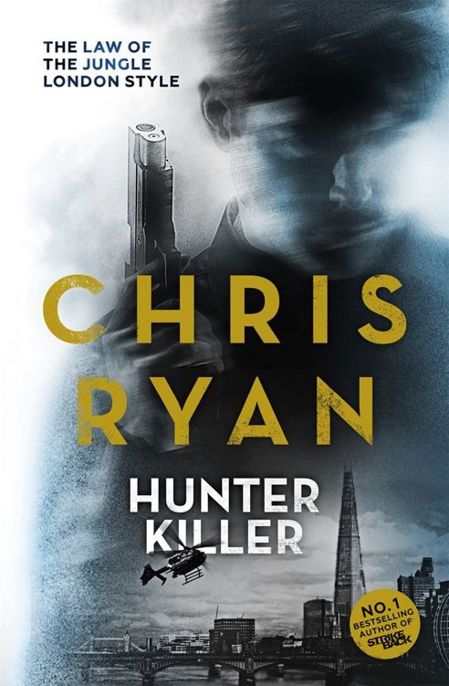 The One That Got Away

Stand By, Stand By

Killing for the Company

In the Alpha Force Series

In the Red Code Series

Work has been asserted by him in accordance with

‘If you have to kill a snake, kill it once and for all.’

They drove a Mercedes.

Nothing flash: a 30-year-old W123 that had once served as a minicab and which still had marks on the roof where the sign had been. Nobody was likely to stop and search an old Merc, carefully driven through the pouring rain.

The driver’s name was Jamal. He wore plain brown trousers and a neatly pressed checked shirt, open at the collar. He was cleanshaven, and his hair had been cut just two days ago. He had a pair of Ray-Bans aviator shades hooked over the top of his shirt. He kept glancing at himself in the rear-view mirror, as though he was still a curiosity to himself. There were beads of sweat on his forehead. They had the heating on full.

Sarim looked down. There was a paper wallet on his lap with the words ‘National Rail’ printed on the front. He had been slapping it against his left palm. Now he stopped. ‘Turn left up here,’ he said.

‘I know, I know. Been here enough times before.’ Jamal indicated left and checked his rear-view mirror, then swung the Mercedes into a street lined with terraced houses. The street sign said Heath Road. And, in smaller letters, London Borough of Sutton.

Heath Road was a dump. At least a quarter of the houses looked like they’d been condemned. Steel sheets boarded up their windows and doors in an attempt to deter squatters. But the squatters had moved in anyway. The signs were there – a door slightly ajar, smoke emerging from the occasional chimney.

The house they stopped outside, however, was not condemned or boarded up. Just messy. The bins were overflowing and the small, scrubby front garden hadn’t been tended for months.

Jamal killed the engine and turned to Sarim. Rain hammered against the car, so heavy that they couldn’t see out. ‘You go get him,’ he said. ‘He likes you best. Make sure he’s packed his bag, yeah?’

‘What am I?’ Sarim said as he opened the passenger door. ‘Stupid?’

He didn’t wait for the answer. As he stepped out of the car, he caught sight of himself in the side mirror. He wore an Abercrombie and Fitch hooded top – now he pulled it up to protect his head from the driving rain – and there were two nicks on his chin where he had cut himself shaving. He wasn’t
used
to shaving. He stepped out into the road, ran to the pavement and up to the front door. He knew the bell didn’t work, so he knocked.

The face of the young man who appeared in the doorway was like sunshine. It glowed with an excitement that was apparent even though he had the characteristic features of Down’s syndrome. Or maybe, Sarim thought to himself, it was
because
he had Down’s syndrome that he looked so excited. A child’s excitement, on the face of a man.

Alfie grinned back. A strand of greasy black hair fell across his face, which was podgy through lack of exercise. He blew it upwards, then giggled.

‘You going to invite me in, buddy?’ Sarim asked. ‘I’m getting wet here!’

Alfie’s grin grew broader as he stepped to one side. ‘Come on in,’ he said, his voice sounding slightly clumsy, as it always did.

Sarim squeezed past. He knew to expect the musty smell of unwashed clothes and neglected rubbish bins, and managed to stop his distaste registering on his face. He walked down the dark hallway and into the bedsit beyond. To his left-hand side, a small kitchenette. To his right, a bedroom area with an unmade double bed, a two-seater Ikea sofa and a TV in one corner. A suitcase was open on the bed, but it was empty. Piles of half-folded clothes littered the room.

‘Packing,’ Alfie said as he walked over to the bed. He bent down awkwardly, picked up a pile of clothes seemingly at random, and crammed them into the suitcase.

Sarim wandered over to the kitchen area. The floor tiles were stained with drops of tea, and one of the units was open, revealing the waste bin. Sarim glanced inside. It was brimful of empty crisp wrappers. Blue. Walkers cheese and onion. Sarim had the impression that Alfie seldom ate anything else.

He looked over at Alfie. He had bent down again but this time, instead of picking up a pile of clothes, he retrieved a rolled-up poster from the floor and started cramming it into the suitcase.

Alfie looked up at him and gave Sarim one of his innocent, trusting grins. He unrolled the poster to reveal a picture of Miley Cyrus, not wearing much at all and with her hair draped coquettishly round her neck. ‘I’m going to marry her,’ Alfie said, quite sincerely.

Sarim nodded. ‘Course you are, mate. Come on. I’ll help you finish packing. We’re going to be late.’

Two minutes later, the suitcase was full, the poster of Miley Cyrus neatly smoothed out on the top. Sarim did up the zips and lifted it off the bed.

A minute later, Alfie had put on his navy blue waterproof and tied the hood tightly around his face. He and Alfie left the flat. It took the young man a full minute to lock the door, while Sarim stood patiently in the rain. Alfie turned to face the road, then stopped.

‘Wait!’ he said. A terrible frown creasing his forehead. He was a young man who couldn’t help every emotion showing on his face. ‘I can’t go!’ he shouted over the rain.

Sarim closed his eyes. ‘Why not, Alfie?’ he asked, his voice quiet but steady.

‘My social worker’s coming to see me on Monday.’

‘You’ll be back home by Monday, mate. We talked about it, remember? We agreed you weren’t going to tell him anything about this, so he wouldn’t stop you coming. You’ll see him on Monday and it’ll all be fine.’

‘Oh. Okay.’ Alfie shrugged and the frown fell away. He followed Sarim to the Mercedes. Sarim opened the boot. There were two smaller suitcases in here, both identical, each with a small padlock holding the zippers together. Alfie clumsily started to lift his own suitcase into the boot, but Sarim stopped him. ‘I’ll do that, mate. No problems.’ He was rewarded with another trusting smile from Alfie. Sarim carefully lifted the larger suitcase and slotted it in next to the others. He shut the boot, then turned back to Alfie, who had rain dripping down his face but looked no less excited for that.

‘Ready to go on holiday?’ he asked.

Jamal was much chattier now that Alfie was in the car. As he weaved his way through the stop-start traffic of south London, he and Sarim kept the young man talking. ‘You like the beach, mate?’

‘We’re going to get some buckets and spades, innit?’

Alfie was quite sure his sandcastles would be much bigger than those of his two friends. He drew a picture of them on his steamed-up window.

And so the journey to Paddington station passed in pleasant conversation. By 11.30 they were driving along the Westway, and at 11.40 Jamal drove the Mercedes into an NCP car park just off the Edgware Road. They parked up. Sarim opened the boot again, removed Alfie’s suitcase, and handed it to him. He and Jamal took one of the remaining suitcases each, then locked the car.