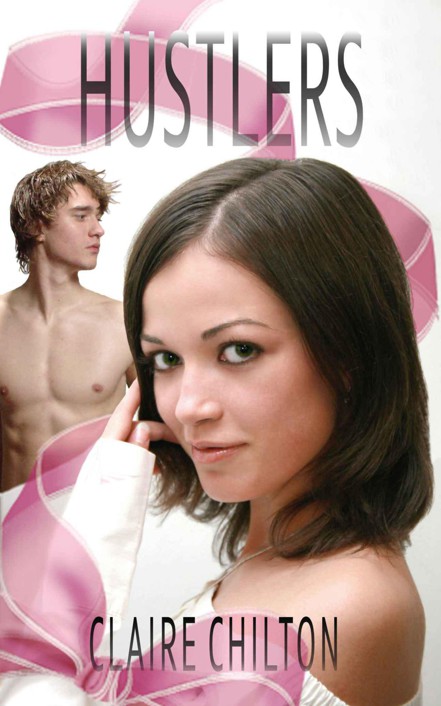 First published in the Great Britain by Claire Chilton 2014

This edition published by Claire Chilton

Except as permitted under the U.S. Copyright Act of 1976, and the United Kingdom Copyright Act of 1956 and 1988. No part of this publication may be reproduced, distributed or transmitted in any form or by any means, or stored in a database or retrieval system without the prior written permission of the publisher, nor be otherwise circulated in any form of binding or cover other than that in which it is published and without a similar condition including this condition being imposed on the subsequent purchaser.

Published in the United States by Claire Chilton

DEDICATIONS
I'd like the dedicate this story to the five wonderful authors who also won the So You Think You Can Write competition from Harlequin and Wattpad. Working with them and Harlequin has been amazing adventure so far. Thanks to Avril Tremayne, Melinda Di Lorenzo, Amber Lindley, Jo Watson and Sarah L. White for being amazing people to go on this journey with.

“W
e need to talk about you being more responsible.” Ellie Phillips widened her eyes when she heard her father’s voice echo through the Bluetooth device in her ear.

“Is now really the best time to discuss my future?” she asked as she scrambled through the tight space of an air vent. The silver shaft felt claustrophobic as she crawled through it, and every movement caused a metallic thunk to echo down it.

She shook her head as she reached the grill at the end of the tunnel. “I really do think this could be a conversation for another day,” she muttered as she reached into the pocket of her black jeans and pulled out a small, electric screwdriver. She began unscrewing the vent.

“Why not? You did,” she muttered as she dropped the grill into the office below and then lowered herself out of the crawlspace in the roof and into the room beneath her.

“Nothing,” she mumbled as she dropped through the hole and landed in the middle of an open-plan office. She ducked down, crouching in the dark as she scanned the office with her pulse racing. The room was empty.

“I’d like you to start thinking about your future. I’d like you to start taking on a bit more responsibility.” Her father continued as she narrowed her eyes, checking for shadows moving on the walls. Nothing moved. She breathed a sigh. The alarms in the office were disabled, but she needed to make sure there weren’t any guards wandering around.

“I think you need to stay out of trouble and go to college.”

“What?” She widened her eyes again before lowering her voice to a whisper. “Are you getting senile dementia or something?”

“It’s a perfectly reasonable expectation that a father should have for his daughter.”

She shook her head as she stood up and hurried over to the nearest computer terminal. “Given the current situation, I don’t think it’s a realistic expectation. Is Jimmy ready?”

“You’re up,” she said as she switched on the computer and plugged in the USB. She brushed back a wisp of ebony hair that had escaped her ponytail and was tickling her cheek.

“You need to stop being a little criminal and start thinking about your future,” her father said.

“I have a future.” She frowned at the shadows near the door then quickly crouched behind the desk when one of them moved. There was someone else here.

“You can’t con your way through life.”

“Why not? You did,” she whispered, staring at the door.

“So am I. If you want me to be more responsible, let me manage this job.” She paused for a moment, unsure of why she’d said that. She didn’t really want to manage anything. It was about time she did, but she was reluctant to take on that kind of responsibility. Since she’d turned eighteen her father had been nagging her to think about the future, and the only future she could envision was one as a hustler, just like her father.

She frowned at the shadows, and her pulse raced as she watched a large guard heading toward the open doorway.
Crap, maybe I should learn to manage breaking and entering first.

She closed her eyes for a second, mentally kicking herself. If he came into the office, he’d find the grate from the air vent on the floor. It wouldn’t take him long to work out she was in here.

“What’s going on?” her father asked.

“I might be busted,” she muttered out of the side of her mouth as the guard stepped into the room. She hitched her breath when he reached for the light switch.

He paused for a moment and then turned on his heel and left the room.

She frowned, quickly standing up and reaching for the USB. “You done here, Jimmy?” she asked.

“Yeah, I got everything we need.”

She unplugged the USB drive and slipped it into her jeans pocket. Next, she hurried over to the open doorway, peering around it. She knew it was risky, but she wanted to know what had made the guard turn around.

She sighed when she saw the guard talking to a dark-haired man in the foyer. “Dad, what the hell are you doing?” she whispered into the Bluetooth.

“Son, have you ever considered the enlightened path of the Lord?” her dad asked the guard.

Ellie shook her head as she hurried back toward the vent, snatching the grill off the floor on the way. She quickly climbed up onto the nearest desk, and jumped up to grab hold of the side of the vent. She gritted her teeth as she pulled herself up, scrambling back into the crawlspace.

“No, and I’m afraid you can’t be here at this time of night.” She heard the guard through her father’s Bluetooth.

“It’s always the right time to leave our sins behind and follow the good book, son.” She rolled her eyes as she listened to her dad get into full preach mode.

Ellie quickly hauled herself into the vent. Then she reached over to put the grill back over the opening.

“I don’t want to get you in trouble at work, but here.” There was a rustling sound of paper through the earpiece. “Take this pamphlet. The lord is always watching over you.”

“Okay, fine. Whatever,” the guard muttered.

“And son, next time you have a joint, try some Febreeze. It cleans up the smell better than cheap aftershave does.”

Ellie smirked as she heard the guard gasp as her father left the building. She quickly screwed the grill back on and then shuffled through the crawlspace toward the roof.

After climbing out of the air vent, she inhaled the fresh evening air. Her tensed muscles relaxed in an instant. She smiled before climbing down the rusty ladder of the fire escape.

“You’re not responsible enough to manage this job. Anyway, I don’t want you doing cons. I want you to live a nice, honest life and go to college.” Her father’s voice caused her to narrow her eyes, and she felt the muscles in her shoulders tense at his words.

She jumped down from the ladder into the dark alley, turning to face her father with her hands on her hips. “We’re breaking and entering for a living. In what situation does that lead to a nice, honest life?”

“Exactly!” her father said as he dropped a pile of religious pamphlets into a nearby garbage can and then fastened his black wool coat.

She scowled as he brushed back his dark hair, smoothing out the peppered gray streaks at his temples.

“What’s your angle?” she asked.

He held out his hands and displayed an innocent expression. “Why would I need an angle to convince my own daughter to choose a better life?”

“He definitely has an angle.” Jimmy’s voice echoed through their conference call.

“Whatever it is, I’m not doing it.” Ellie studied her father for a moment before turning and walking down the alley.

“Jimmy, remind me to demote you to being an extra,” her father muttered as he hurried after her.

“Hey, what did I do?” Jimmy cried. “I didn’t tell her about the admissions thing.”

Ellie spun around to see her father shake his head. “What admissions thing?”

“It’s just a day trip, nothing to worry about.”

“Fine, I got you a meeting with the head of history at Oxford University. There’s no need to freak out. It’s just a meeti—”

“No way in hell!” Ellie cried. “I am not going to some toffee-nosed university. What the hell, dad? How did you even get me a meeting? I don’t even have any a-levels!”

“You do now.” Jimmy’s voice echoed through the Bluetooth.

“You forged my qualifications? Of all the fuc—”

“You know the subject. It doesn’t matter if you have a piece of paper to prove it.” Her father interrupted. “And, they’re really looking forward to meeting you.”

“What, did you leverage a meeting out of them?” She narrowed her eyes.

Her father glanced down at his stylish Italian shoes.

“You fucking did. You dug up some dirt and blackmailed them.”

“Blackmail is such a dirty word. They wanted you to join the course” Her father shook his head.

“I bet they did after you’d finished with them. Newsflash, I don’t want to go to university.”

Her father narrowed his dark eyes, studying her for a moment. “Make me an offer.”

“I will not.” She frowned. Making a deal with her father was always a bad idea.

“Come on. You want to be the manager. You want to run things. Then make me an offer I can’t refuse.” He tilted his head to the side. There was bright spark of mischief in his eyes.

“Okay,” she muttered.
I can do this. I just need to think it through.
“Here’s the deal. You let me run this job, totally run this job without interference. If I do a good job, then we become partners. No more kiddie shit. I get to take the lead on half the jobs.”