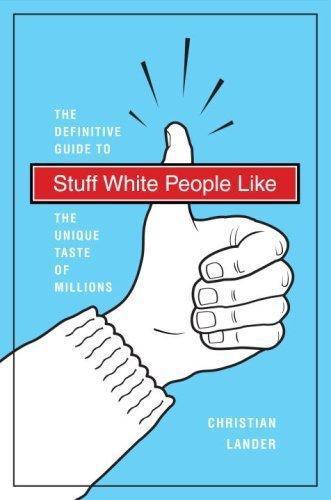 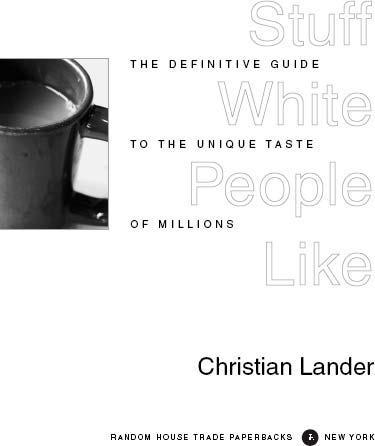 2 Religions Their Parents Don’t Belong To

9 Making You Feel Bad for Not Going Outside

20 Being an Expert on Your Culture

26 Manhattan (and Now Brooklyn, Too!)

35 The Daily Show with Jon Stewart / The Colbert Report

51 Living by the Water

71 Being the Only White Person Around

75 Threatening to Move to Canada

80 The Idea of Soccer

96 Having Children in Their Late Thirties

105 Pretending to Be a Canadian When Traveling Abroad

147 Public Transportation That Is Not a Bus

How White are You?

To my mother, Jennifer,
who by nature of being born
in England granted me an ethnicity

There is no doubt that white people love coffee. Yes, it’s true that Asians like iced coffee and people of all races enjoy a cup. But it is a certainty that the first person at your school to drink coffee was a white person. It was obvious that they didn’t enjoy it, but they did it anyway, until they liked it—like cigarettes.

As white people begin to age, a genuine taste for coffee will emerge. During this time white people will also develop a self-proclaimed “addiction.” This leads to them saying things like “You do
not
want to see me before I get my morning coffee.” White guys will also call it anything but coffee: “rocket fuel,” “java,” “joe,” “black gold,” and so forth. It’s pretty much garbage all around. 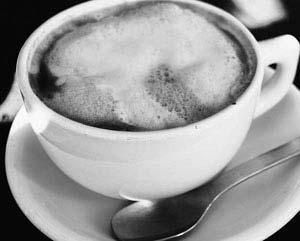 It’s worth noting that where white people buy coffee is almost as important as the drink itself. For the most part, white people love Starbucks, although they will profess to hate how the chain is now a multinational corporation. This hatred is often sublimated by their relief at seeing one in an airport. The best place for white people to drink coffee is at a locally owned coffeeshop that offers many types of drinks, free Wi-Fi, and some sort of message board that is peppered with notices about rooms for rent and bands looking for bass players.

White people are given extra points for buying Fair Trade coffee, because paying the extra $2 means they are making a difference while their peers are drinking liquid oppression.

2 Religions Their Parents Don’t Belong To

White people will often say they are “spiritual” but not religious. This usually means that they will believe in any religion that doesn’t involve Jesus. The most popular choices include Buddhism, Hinduism, Kabbalah, and, to a lesser extent, Scientology. A few even dip into Islam, but that’s much rarer, since you have to make real sacrifices and actually go to a mosque. 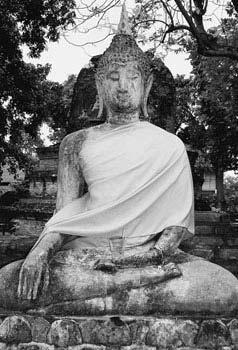 For the most part, white people prefer religions that produce artifacts and furniture that fit into their home or wardrobe. They are also particularly drawn to religions that do not require a lot of commitment or donations.

When a white person tells you “I’m a Buddhist/Hindu/Kabbalahist,” the best thing to do is ask how they arrived at their religious decision. The story will likely involve a trip to Thailand or a college class on religion.

White people can’t get enough of film festivals, especially Sundance, Toronto, and Cannes. This love can be due to a number of factors.

Fact #1: 90 percent of white people have taken a film class at some point in their life.

Fact #2: White people like feeling smart without doing work—two hours in a theater is easier than ten hours with a book.

Fact #3: If white people aren’t going backpacking, they generally like to travel with a specific purpose.

Fact #4: 75 percent of white people believe they either have the potential to or will become filmmakers/screenwriters/ directors at some point. 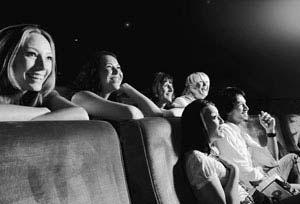 Chosen by the Sheikh by Kim Lawrence
On This Day by Dare, Kim
Money for Nothing by Wodehouse, P G
Clay's Way by Mastbaum, Blair
What the Dog Ate by Bouchard, Jackie
Bachelor Unleashed by Brenda Jackson
Painful Consequences by Breanna Hayse
Monster Hunter Conquest Collection #1 by Mandoline Creme
The Polo Ground Mystery by Robin Forsythe
Spider Shepherd: SAS: #1 by Stephen Leather
Our partner