Read If I Could Fly Online

If I Could Fly 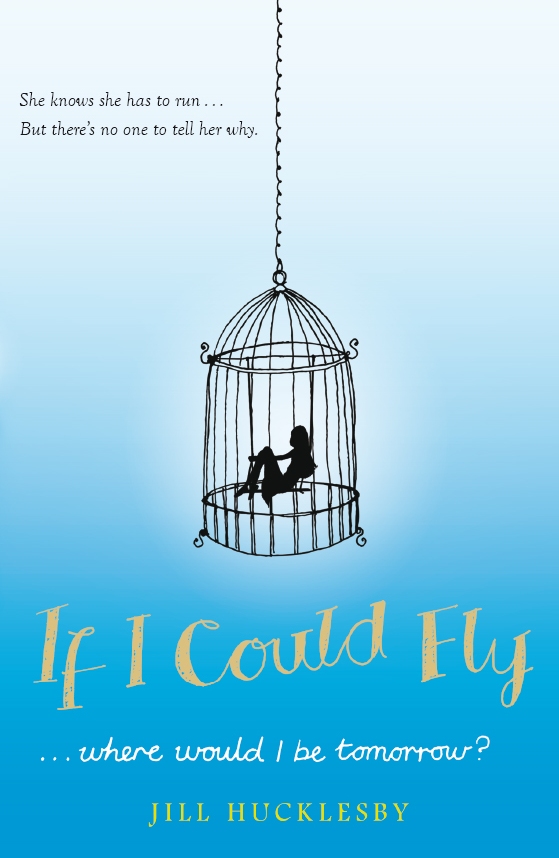 We bring stories to life

The moral rights of the author have been asserted

In memory of Zack, who walked eight thousand miles with me.

Thud
and
thud
and stones and blood in mouth and mud and moon and stars and spikes of corn and trackies ripped and ribs on fire; ice sweat on neck and chest and spine and ache in calves and arms and eyes wide open, dry and cracked but dropping tears; there is no sound but feet, the snap of sticks, the rasp of autumn air in lungs, a pumping pulse of pain. Must keep the rhythm.

Stream to cross, a leap, a thump, a bank to climb, a clutch at grass, a stile with broken step; the wood is wet with heavy dew and, here, a tarmac road to nowhere. Take me there. Please take me there. A place to hide, a space that’s safe. My heart is pounding in my ears, a drum, a march, must stay in step, must hide my face in case they come, push my hair inside my hoody, keep
my head down, sprint and jog and sprint and jog.

No air . . . a stitch . . . a searing cramp. Eyes scan for cover. Beyond the hedge, a field, a tree with roots like fat man’s legs a hundred metres up a slope, so thrust and push and elbows punch and eat the distance like it is the longest bacon sandwich in the world and munch and munch and holy mangoes! Made it.

I have legs of stone. I’m a fugitive, on the loose. Memories of the last few hours are a blank computer screen in ‘sleep’ mode. I should be able to rerun them, like an HD game of escape at the touch of a button, and take myself back to the beginning. But the button is broken. All I remember is running down streets and alleys, across car parks, trading estates with perfect families smiling down from tattered billboards, a playground and a dual carriageway, watched by a dozen surveillance cameras, my trainers barely touching the ground.

What am I running from?
My fist hits the gnarled wood behind me and sends an aftershock through my trembling frame. But it doesn’t shake open the part of my brain that can answer the question. All it throws back at me is the last rule of the Phoenix Feathers, the gang of free runners on my estate: the rule I had to swear to obey if I wanted to learn their secrets; an oath sealed with spit from my throat and blood from my wrist; a vow broken, my brain tells me, without letting me access the facts. I feel in my gut it’s the reason I am here, far from home, the faint taste of blood in my mouth.

It feels good to say the words. They mean: ‘May there be peace and an end to suffering. May all be well.’ It’s my mum’s daily prayer, before the dawn wakes the smiling Buddha who sits cross-legged in his tiny shrine on the windowsill in our kitchen. I call him Bud the Pud. My mum tells me I’m half Thai and should lay a respectful flower at his feet. She says that monks believe the chants’ vibration alone can ease the troubles of the world. My dad says to her, ‘Little Bird, your daily tweets are getting on my nerves.’

I sink down to my knees, leaning back against the tree’s great trunk. The pain in my left side burns white hot. Its throb is like the tock of a clock, a ball against a wall, a hammer against a skull.

‘The free runnin’, it can save your life, Paper Clip,’ Crease, the Phoenix Feathers’ leader, told me, play-punching my shoulder. He’s really fit, but it takes time for him to put words together. He never calls me by my real name. He says it ties his tongue in a knot just trying. So Calypso became ‘Clip’ and he added the ‘Paper’ as a tease. When he’s tired, I become just plain PC. I’m always the butt of the gang’s jokes, every which way.

I’m going to miss running with them – Crease and Slee and Moby, Jam and Shell, Foo and the others. Well, running behind them, technically, as I’m too young to be ‘with’ them, if you get me. I love hanging around when they train on the monkey bars, slides and suspended walkways in the playground near our estate, honing muscles, preparing for the next display.

‘Watch and learn,’ said Crease. And I did.

I remember watching them do a free run over our public library not long ago, when the nights first grew long and the air in our road smelled of sweet
honeysuckle. Their feet explored every wall, every angle, every ledge. But wait. Weren’t there sirens and batons and shouting? Weren’t Crease and Slee arrested? Didn’t the rest of us vanish like sprites across the terraced rooftops and down thin alleys full of stinking rubbish? Wasn’t there a whisper that the FISTS – the Forensic Investigation and Security Teams – had tracked them on all the social networking sites?

‘You don’t want to mess with the FISTS,’ Foo told me later, dabbing at a cut on her cheek with the cuff of her fleece. ‘Them and their “jaws on paws” sidekicks.’ She shuddered and I saw her hand was shaking. We crouched by wheelie bins, waiting for the sound of raised voices to stop. When it was quiet, we scarpered over fences, through gardens, across roofs. When we reached the road, Foo pointed for me to go a different way. Swear to God, I saw her jump a parked car and disappear.

After that, I couldn’t find the Feathers on any of
the usual online sites. My new mates had erased their profiles. And now, when I think of their features, framed by different coloured bandanas made out of tea towels, they are just a blur.

I rub my eyes, look up. In the sky, all I can see is a giant saucepan of fairy lights, hurtling my way. It’s quite something when sparkly pans become lethal weapons with my name on.

Cal-yp-so(noun) – a folk song from the West Indies, maybe a story the singer makes up as she goes along.

‘A girl with such a name is on a journey,’ my mother would murmur in my ear, when I was small. ‘She will have adventures. Her voice will be heard.’

Who will hear it now, Little Bird? Just night creatures – the rabbits, badgers and the mice. I daren’t say it out loud, in case it’s written on every news update to every curfew-centre computer in this region. It may already be travelling through cyberspace to the mobile phones of each officer patrolling the grid. I shouldn’t be out here in the countryside. I don’t have
permission to be travelling through areas zoned off by the quarantine.