Read If Tears Were Wishes And Other Short Stories Online

If Tears Were Wishes And Other Short Stories 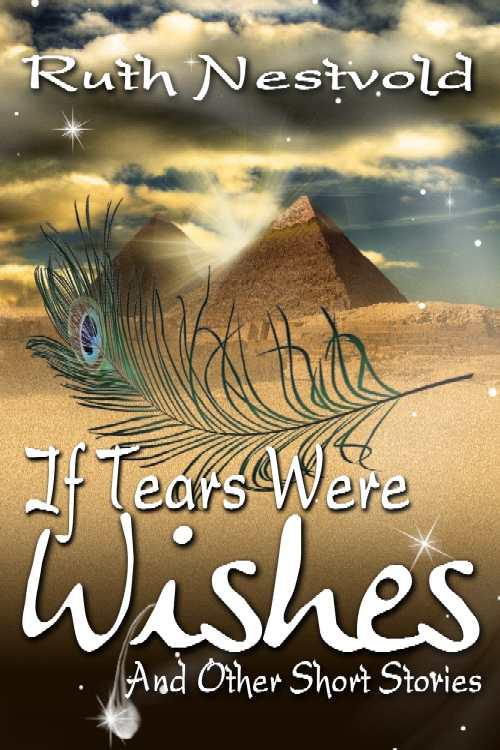   If Tears Were Wishes: And Other Stories

Woman in Abaya with Onion

If Tears Were Wishes 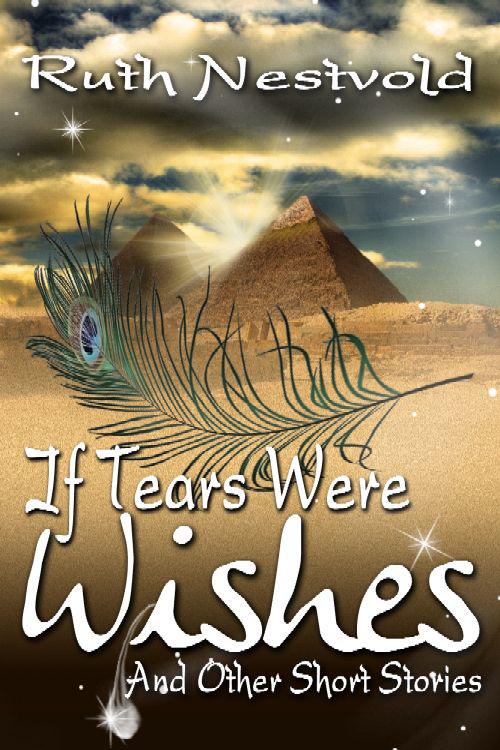 If Tears Were Wishes

And Other Short Stories

The line of cars in the single lane street stretched as far as the eye could see — unmoving. Lindsay twisted the band on her ring finger and wondered how much longer she was going to be sitting in the stupid taxi. On either side of the river of colorful sheet metal, the stores, open-front food stands, and soup joints sported signs in a hodgepodge of Chinese and Latin characters. A roofed market caught her eye, with its bins of unknown, exotic produce. The strangely shaped purple fruit just outside the window struck her as much more inviting than a taxi that smelled like smoke and sounded like Mariah Carey.

The hotel was still blocks away, but she could use a walk, get some of the pain and frustration out of her system, even if she did have to breathe exhaust fumes while she was doing it. Taiwan was wonderfully foreign, but the problems she had fled followed her, twisting in her gut like acid at unexpected moments. All the things she'd relied on in her life were disappearing at once — business, money, husband. She'd been with Trevor since high school, and they'd started their software company Cleio just after finishing college. By the age of twenty-two, she already had the life she wanted, and she'd assumed she would have it forever.

Well, now it looked like she might be in this
taxi
forever. At this rate, she'd get to the hotel faster walking anyway.

Lindsay used her best impromptu sign language and smattering of Chinese to indicate to the driver that she wanted to get out
here, now
. After paying 150 Taiwanese dollars (all of five bucks) for her release and extricating herself from safety belt and back seat, she wandered into the market and another world. Bins of strange fruits that she had no words for stood in an open roofed area, and farther back she saw vegetables and herbs. Here the street sounds were muffled and the air fresher.

She picked up one of the wild, purple fruits — actually more like a psychedelic pink than purple, now that she saw it up close — and a young saleswoman hurried up to her. Nodding enthusiastically, the woman sliced open the fruit and gave Lindsay a piece. The inside was white sprinkled with dark seeds. It looked like straciatella ice cream, and it tasted simultaneously sweet and sour, the fruit firm and juicy like kiwi.

For a moment, the fresh taste made her forget the knot of pain in her stomach; it was a good thing. She had to hold on to that.

She nodded and picked up one of the bright fruits, pulling her wallet out of her shoulder bag, but the young woman shook her head, waving the wallet away.

Lindsay blinked and smiled. "Shie shie."
Thank you
. Even after a week in Taipei, she still couldn't get used to how totally different the attitude towards foreigners was here than anywhere else she'd ever been. Every time she entered a store, morning or evening, people brightened up and said, "Good morning!" proudly. Instead of being a nuisance, she was interesting. Her hair was straight and dark and her skin olive, but her eyes marked her as different. Lindsay suspected that to the young saleswoman, she was as exotic as the fruit she held in her hand.

She put it in her bag and left the market out the other side, feeling much better than she had stuck in traffic, much better than in the office of NGTS, Cleio's partner in distribution and localization.

Much better than she had in Austin before she left.

No, she wouldn't go there now, wouldn't go to Trevor's painful revelation that she'd become more business partner than wife — and, of course, he'd fallen in love with someone else. She would go to the decadently colorful temple she had been admiring out of the windows of taxis all week, the temple with its red columns and green dragons and gold-tiled roof.

A week in Taipei, and she still hadn't had time to do any sightseeing. The schedule for the test of the English-language version of NGTS's new game
White Magic
was grueling-- the only reason they'd gotten out of the office today before dark was because the network had crashed. But Cleio had already committed to a release date and couldn't back out now: the partnership between NGTS and Cleio revolved around reliable translation and distribution of each other's products.

Lindsay entered the temple, grateful for the muted lighting and bright colors and smell of incense. A little gray-haired man in slacks and shirt hurried up to her, bowing at the waist, and Lindsay wondered if there was something she was supposed to do. "Ni hau," she said, imitating his bow. She gestured towards the wealth of altars. "May I look around?"

The little man nodded and indicated with a hand motion that she should follow him. He led her up a flight of stairs, past more altars, and out behind the temple to a small section of tropical jungle rising up out of the busy city. Halfway up the side of the hill was an altar in the open. The statue of a white goddess stood with a bottle in one hand, the other extended in what looked like an "okay" sign. On either side of her were figures resembling gargoyles playing with snakes.

Lindsay climbed the stairs up to the goddess, sweating from combined tropical humidity and sweltering October heat that easily gave Austin a run for its money. When she reached the top, she saw that worshipers had left all manner of offerings at the feet of the regal lady, from so-called "American cookies" to bunches of bananas, flowers, and bundles of the fake paper money burned for good luck in Taiwan.

She smiled and shook her head, toying with the ring on her finger, which was swelled up from the heat. There was something about a goddess people liked well enough to bring flowers and cookies that struck a chord with her — as if she were an everyday presence, a friend even.

Impulsively, Lindsay dug the psychedelic pink fruit out of her bag and laid it on the altar in front of the goddess. Perhaps she should wish for something now. But what? That the deal with NGTS would go through — and Cleio would be eaten alive? Or that the divorce proceedings would disappear by the time she got home? Fat chance.

"Are you a follower of Kwan Yin?" a gentle voice came from behind her.

Startled, Lindsay whirled around to find a lovely Asian woman at her elbow. Like most people here in Taiwan, she made Lindsay feel tall and wide. She seemed to be about Lindsay's age, but at the same time older.

"Is that who this is?" Lindsay asked. "I was wondering."

The other woman nodded. "Kwan Yin is worshiped as the goddess of compassion — she who hears the cries of the world. As a Bodhisattva, she achieved enlightenment, but rather than going to Nirvana, she remained on earth to help those in need."

Lindsay turned around and looked at the statue again. "What a nice story. I'm glad I gave her the fruit."

Her companion chuckled, and Lindsay turned to her with a grateful smile. The presence of the smaller woman was calming somehow, smoothing out the panicked fuzziness she'd been feeling so often since Trevor told her he wanted a divorce.

"Your English is very good," Lindsay said. "Where did you learn it?"

"I've had the opportunity to spend some time in England and the U.S."

Lindsay nodded and held out her hand. "By the way, I'm Lindsay Gurdin."

The other woman took it, bowing slightly. "Call me Ma-tsu. What brings you to Taiwan, Lindsay?"

"I'm testing the English version of a computer game for a partner company."

"That must be nice, having games as your work."

"How do you like it here in Taipei?" Ma-tsu asked.

Lindsay gazed down on the colorful dragons frolicking on the roof of the temple and beyond, to the city she had only seen from the window of a taxi. "I haven't really gotten around yet."

"Ah, you must visit Yangmingshan Park. It is very beautiful, and not far at all."

"I don't know if I'll have the time. I have to prepare for a presentation tomorrow."

"You must get away, though. Promise me." Ma-tsu gave her a beautiful smile that seemed to make Lindsay's sorrows come loose from the knot in her stomach.

She thought getting away — running away — was what she was doing already, even if she didn't have the time to play tourist. She shrugged and returned the smile. "Perhaps I'll have some time on Sunday and can get to Yangmingshan then."

In the offices of NGTS, Inc., Lindsay could almost imagine she'd never left Austin. Not even the fact that everyone in the room except her was ethnic Chinese detracted from the American corporate look of the place; after all, a lot of computer geeks she knew back home were ethnic Chinese, just not as many of them wore suits.

She had to admit, though, the atmosphere was a lot more relaxed than she'd been led to expect before she came. Just not today, at least not for her.

She pressed the spacebar on her laptop, and the last slide in the presentation appeared on screen, a graph in blues and purples documenting Cleio Software's increase in profits in the last two years.

"As you can see," Lindsay said, training her penlight on the figures, "Cleio remains a growing company. As our Asian distributor, you are well aware of Cybera's continued popularity. Cybera III is in the works as we speak."

The vice-president of NGTS, Frank Shen, leaned forward. He was one of the ones wearing a suit. "But if you need us to invest in your company that much, it might be too great a risk for NGTS."

Lindsay took a deep breath and tried to keep her panic at bay. "As I've pointed out in my presentation, Cleio is a solvent business. We've managed to make a healthy recovery since the tech bubble burst and stocks plummeted. We have the profits now, but with all the problems with the stock market ever since, we don't have enough capital for development."

Frank murmured something to his partner and then returned his attention to Lindsay. "Thank you very much for the information. We will consider the proposal and talk more about this next week, yes?"

"Certainly, as you prefer." She wished she could figure out what that meant, if it meant anything. Frank stood and shook hands with her and the meeting broke up. Lindsay closed the presentation and powered down her laptop.

"You like a green tea frappucino?" It was Peggy Chiang, one of those who had worn jeans to the meeting. Next to her stood Robert Deng and Angela Liu — her Taiwanese lunch buddies of the last week.