Read In Every Way Online 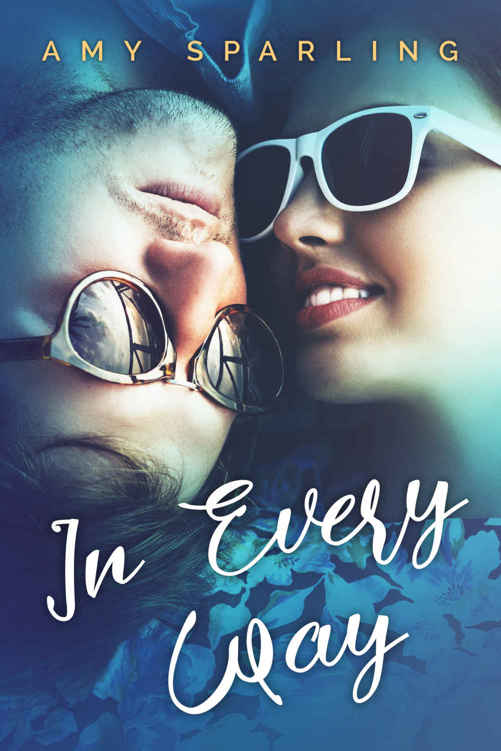 All rights reserved. No part of this book may be reproduced in any form or by any electronic or mechanical means, including information storage and retrieval systems -except in the case of brief quotations embodied in critical articles or reviews-without permission in writing from the author at [email protected]

This book is a work of fiction. The characters, events, and places portrayed in this book are products of the author’s imagination and are either fictitious or are used fictitiously. Any similarity to real persons, living or dead, is purely coincidental and not intended by the author.

Graduating high school was supposed to feel like becoming an adult. After so many years of slogging through early morning alarms, bumpy bus rides, and crappy cafeteria food, the day after graduation was supposed to be . . . different. Guess I thought I’d feel like an official adult or something.

Besides the fact that I slept until noon, my life feels exactly the same. Some seniors from my school are planning to move across the country and become crazy party college freshman, but not me. I’m just stuck here in Louetta, Texas, a small town with a few good pizza joints, but nothing really exciting to brag about. I’ll be starting good ol’ community college in the fall, for what, I have no idea. Mom said she’d help me sign up for core classes. Dad said I’ll have a blast. I’m not exactly sure how true that is, since I’ve seen the campus and it looks like a combination of a thrift store and like, an old Walmart. Once college starts, I’ll have two years to figure out what I’d like to major in, and then maybe, I’ll feel more like an adult.

Right now I’m just happy to have one last summer of not doing a damn thing except working at the family business, The Flying Mermaid. It’s a surf shop on the beach, passed down from my grandparents. It was a TV repair shop when they owned it. My parents turned it into a surf shop with a little section at the front for gifts and girly crap my mom loves. It’s a pretty popular hangout at Blue Beach, and working there has always felt more like fun than actual work.

Of course, there are other things I aspire to do this summer.

I know, I know.
What the hell is wrong with you, Josh Graham?
I spent most of my senior year swearing off dating because it never works out. After Elise broke my heart—the third girl in four years to do such a thing—I swore off girls. Not forever, but for a while. Having your heart ripped to shreds a few times will do that to you. It’s not like I’m some crybaby loser about it or anything, but it still sucks.

My no dating self-promise didn’t exactly last very long, because I’ve been checking my dating app more times than I’d ever admit out loud. I guess I keep hoping I’ll refresh the stupid thing and see that I’ve matched with a girl who is perfect for me. My soul mate, found on a dating app.

Right, because that’s how real love stories all start. Ugh.

I run my finger along the Xbox games on Colby’s shelf. “Can I borrow this one?” I ask, pulling out a game. My best friend’s bedroom is like a video game utopia since he’s kept every console he’s ever had.

“Sure,” he says, not even looking at it. He’s going through his drawers, tossing clothes into an open suitcase on his bed.

I turn back to the games. “What about this one and this one?”

“Take whatever you want,” he says, holding up a blue T-shirt and curling his lip as he decides to take it or not. “I trust you won’t bring them back scratched and covered in dried soda like that dickhead Bryce did to my Assassin’s Creed.”

“Obviously,” I say, grabbing a few more. “I respect other people’s shit.”

I’m over here at my best friend’s house to see him off on his glamourous summer vacation. I wouldn’t normally borrow so many games at once, but I’m going to be bored without him this summer.

He’s only been dating Maddie for a couple of months, but her step-dad is loaded and he’s taking them all to his vacation home in Madrid for the month.

And it’s not that I’m jealous. I mean yeah, Maddie is adorable and all, but she’s totally his type of girl, and I don’t
have
to have a girlfriend whose family comes with those kinds of benefits or anything—but it would be nice.

Not the vacation home in Spain. (Not that I’d turn an invite like that down.) The family. Colby and Maddie’s family get along really well. She has a couple of sisters and they adore him, and her parents adore him, and they’re always hanging out and having a blast. I guess that’s the part that makes me jealous.

Not only did my best friend land the perfect girl for him, but he found a whole new family. My last three girlfriends all hated my little sister, Abigail. Sure, she’s a kid and she’s annoying, but she’s thirteen now so I’d like to have the big family happiness thing like Colby has. So although I’d sworn off dating and had pretty much convinced myself I was happy about it, now I want a girlfriend.

I want the friendship and love and even the stupid girly shit they like to do, like date nights and sappy nicknames. I want to be in love again, but this time I don’t want my heart shredded. I don’t want to be lied to, or cheated on, or used. I never even saw it coming with Elise.

We’d been together over a year, happily—or, at least I thought we were happy. I was sneakily trying to figure out if she’d prefer white gold or yellow gold for this necklace I was going to buy her for her birthday. Her little sister let me inside when Elise was supposed to be at softball practice, and I snuck into her room to look at her jewelry box. The plan was to examine her jewelry and get a feel for what she’d prefer. The moment I stepped into her room, my plans were shattered. Instead of finding her jewelry box, I found her sitting on some guy’s lap while he fumbled with her bra strap.

The worst part was she didn’t even seem ashamed about it. She’d told me we should have broken up a long time ago. That I should have seen it coming. That,
didn’t I feel the same way, too?

Uh no, I didn’t. To this day, I’m not sure if she really meant it, that she thought we both wanted to break up, or if she was just lying. Because in my mind, our relationship was great. We had fun and we loved each other, and we were in the popular crowd at high school. What more could we have wanted?

I swallow the lump in my throat and hold the stack of video games under my arm.

“So I’m guessing everyone speaks Spanish in Madrid, huh?” I ask.

Colby nods. “That’s why Mads and I have been taking Spanish lessons. She’s way better than I am.”

He looks up, a crooked grin on his face. “I mean, her parents are going to be there, so it won’t be some romantic trip or anything, but yeah. It’s Madrid. I’m psyched.”

I draw in a deep breath and let it out slowly. “Hey man, at least one of us is happy.”

“You’ll get there,” he says, rolling his eyes. “Of course, I thought you were against girlfriends? Didn’t your mom convince you that all young relationships are pointless?”

I nod. “Yeah, but she was probably saying that to make me feel better about Elise.”

He laughs. “Do what you gotta do, man. If you want a girlfriend, go get one.”

I hold up my phone. “That’s what I’ve been trying to do.”

Colby lifts an eyebrow. “Please tell me you’re not using that dating app again? That thing is disgusting. Nothing but weirdos on there.”

I shrug. “Where else am I going to find girls?”

Colby gives me a stare like I’m an idiot, and I mean, yeah I guess I am. “You find them in real life, you dipshit. Go
outside
. Meet girls.”

I nod, running a hand through my hair. “That’s what I’ll do after my date with Jenny.”

I open the app and scroll to this girl’s profile. There’s not much on there, and only one picture of her face, but she’s pretty enough. She practically begged me to go out with her after we chatted through the app a few minutes. So far she seems kind of boring, or at least not very good at chatting online, but maybe an in-person date will fix that.

I figured going on this one date can’t possibly hurt, and maybe it’ll lead to something good. I turn my phone around and show it to Colby.

His brows pull together while he examines her photo. “Eh.”

“Oh, come on. She’s cute,” I say, looking at the picture again. “It’s just one date. If it doesn’t work out, then I’ll take your advice and go outside.”

He closes his suitcase and zips it. “I think you should go outside regardless, man. I literally met Maddie outside.”

“I’ll be spending my summer at the Flying Mermaid,” I say, sliding my phone back in my pocket. “If things with this girl don’t work out, I’ll be spending plenty of time outside since the shop is halfway on the sand.”

“With chicks in bikinis,” he says, fist-bumping me. “Nice.”

I snort. When I was younger, I loved being at the beach for that reason. But after spending every summer of my life working at the surf shop, one bikini blends into another one and it kind of gets old. Unlike our friend Bryce, checking out hot girls isn’t the only thing on my agenda.

I’d like to find a real girlfriend. The kind Colby has, and the kind I’ve always wanted. Maybe this Jenny girl will fit the bill. If not, I guess I’ll have to keep looking.