Read In the Unlikely Event Online

In the Unlikely Event 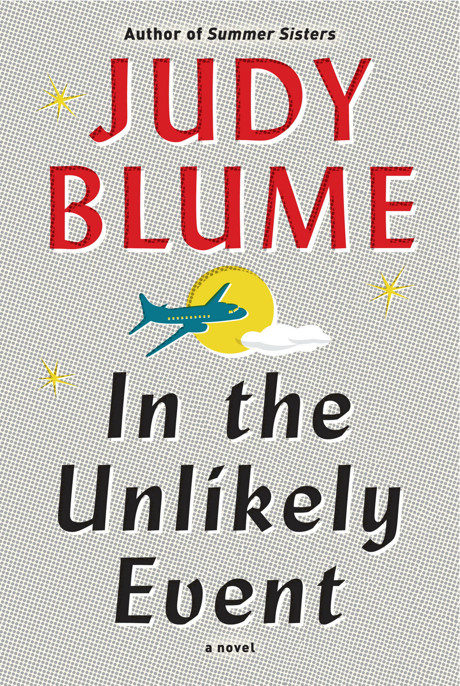 Letters to Judy: What Kids Wish They Could Tell You

Places I Never Meant to Be
(editor)

Are You There God? It’s Me, Margaret
.

Then Again, Maybe I Won’t

It’s Not the End of the World

Starring Sally J. Freedman as Herself

Just as Long as We’re Together

Here’s to You, Rachel Robinson

FOR YOUNGER READERS, THE
“
FUDGE
”
BOOKS

Tales of a Fourth Grade Nothing

Otherwise Known as Sheila the Great

The One in the Middle Is the Green Kangaroo

The Pain and the Great One

THIS IS A BORZOI BOOK

PUBLISHED BY ALFRED A. KNOPF

Grateful acknowledgment is made to Alfred Music for permission to reprint an excerpt from “How High the Moon,” lyrics by Nancy Hamilton and music by Morgan Lewis, copyright © 1940, copyright renewed, by Chappell & Co., Inc. All rights reserved. Reprinted by permission of Alfred Music.

This is a work of fiction. Names, characters, places, events and incidents are either the product of the author’s imagination or are used fictitiously. The author’s use of names of historical figures, places, or events is not intended to change the entirely fictional character of the work. In all other respects, any resemblance to persons living or dead is entirely coincidental. 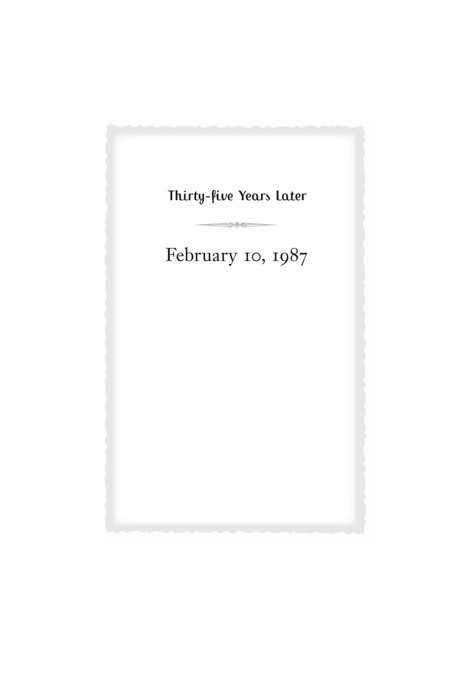 E
ven now she can’t decide. She thinks about flipping a coin.
Heads
she goes,
tails
she stays. But isn’t indecisiveness an early sign of mental illness? Didn’t she cover a story about that a few years ago? Or is it that she’s conflicted? Conflicted is better than indecisive. Why is she thinking this way? A voice inside her head says,
You know damn well why
.

She steps up to the bank of phones inside the departure lounge and dials her fifteen-year-old daughter, Eliza, at school, but gets her machine. She supposes it’s good news that Eliza has gone to her early morning class. She’ll try her again later when she gets there, if she goes. Otherwise she’ll call from home.

She’s still weighing the pros and cons an hour later when the flight to Newark is announced and the first-class passengers are invited to board. She feels the panic rising—the dry mouth, the pounding heart, the urge to run. The moment of truth. Once she gets on the plane there will be no turning back. A hot flash washes over her body.
For god’s sake, not now
, she tells herself, wriggling out of her coat, as sweat pools between her breasts. She takes a deep breath, grabs her carry-on bag and heads for the gate. She’s going to do this. She’s not backing down.

Once she’s seated with her seat belt fastened, she thinks about taking a Valium to help her sleep on the long flight. But when has she ever slept on a plane? The guy next to her, in the window seat, is already loosening his tie, slipping a sleep mask over his eyes. No
chitchat for him, which is fine with her. She’s about to pull out the book she’s reading,
The Prince of Tides
, but instead grabs the classy leather-covered journal her friend Christina gave her for her birthday. Each of them has been asked to share something tomorrow, a few personal words, a poem, a memory. This is her only entry.

After enough time it fades and you’re grateful.

Not that it’s ever completely gone.

It’s still there, buried deep, a part of you.

The stench is gone from your nostrils now

Unless someone leaves the kettle on to boil and forgets about it.

The nightmares have tapered out.

There are more pressing things to dream about, to worry over,

to keep you awake at night.

the state of the world.

Life goes on, as our parents promised that winter.

Life goes on if you’re one of the lucky ones.

But we’re still part of a secret club,

With members who have nothing in common

except a time and a place.

We’ll always be connected by that winter.

Anyone who tells you different is lying. 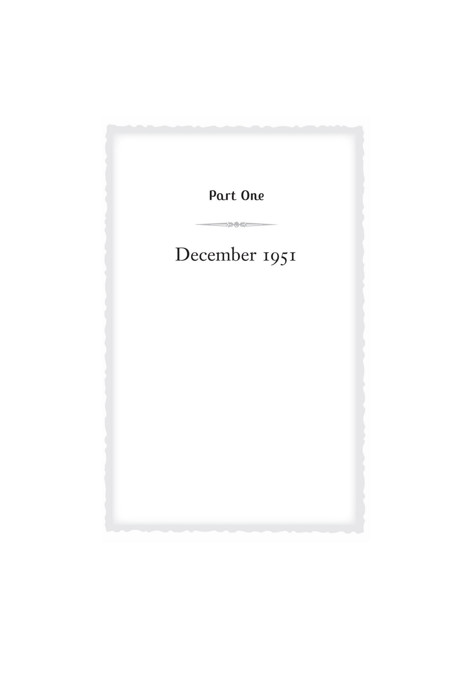 DEC. 11 (UPI)—The 82-foot Christmas tree at Rockefeller Center dazzled last evening as its 7,500 red, white and green lights were flipped on in the traditional ceremony to inaugurate the season. An onlooking crowd of 2,000 holiday shoppers and homeward-bound office workers wrapped in winter coats for the chilly weather “oohed” and “aahed” as the lights blazed on. The voices of the Rockefeller Center Choristers filled the air with Christmas carols, and skaters twirled on the ice below.

A nationwide audience shared the ceremony, which was televised for the first time on NBC’s Kate Smith show. Miss Smith highlighted the event with a rendition of Irving Berlin’s “White Christmas.” The tree will be lighted every day from twilight to midnight until Jan. 2.