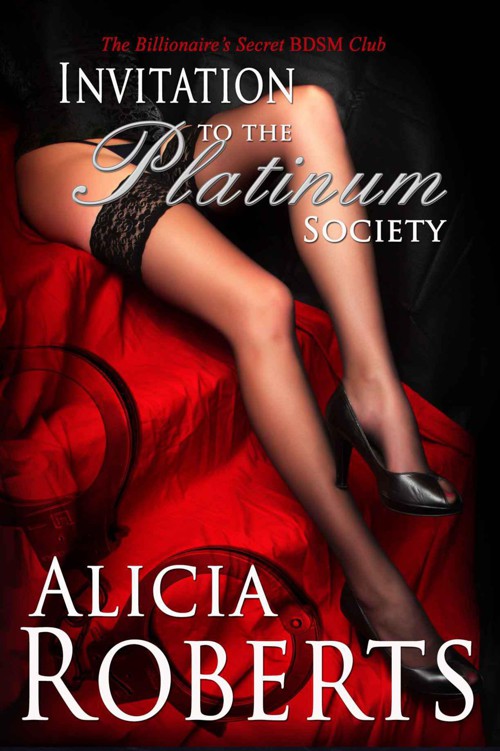 Disclaimer: The material in this book is for mature audiences only and contains graphic sexual content. It is intended only for those aged 18 and above.

Vicki was thrilled to be accepted into her dream law school – it’s just too bad she can’t afford to go. Unless…

A chance encounter with a handsome stranger leads to her discovering certain things about herself, like her desire to be dominated and spanked. It’s funny how fulfilling her desire to be used and humiliated might also lead to her receiving enough cash to pay for her tuition in full…

Backstage, the lights were bright. I stood there for a moment, staring at myself and wondering why I’d agreed to do this.

I still remember that
exciting moment when I got the letter. All those days of studying for the LSAT had been worth it – I had gotten into Columbia Law School.

Too bad that letter had been followed up within days by another letter, this time informing me that I hadn’t qualified for financial aid, and that I’d have to come up with the full amount of tuition by myself.

Now, with just one more month before classes started, I found myself at my wits’ ends. So far I’d waited tables, done a few temp jobs, and bought more than one lottery ticket that didn’t pay off.

My initial joy at having gotten into my dream college had worn off. Everyone seemed to have an easier life than me – take, for instance, my friend Brian, who was ho
sting his very own fashion show tonight.

Ok, so the models weren’t professionals, and the whole show was “unconventional”, but he
was
getting some press coverage and the show and ensuing media circus would probably mean that his new lingerie business would take off.

The gimmick of his fashion show was that he was using “real women” to model his sexy lingerie designs – never mind that he couldn’t
afford
any real models and was just paying his friends and acquaintances to go down the catwalk.

And that’s how I
found myself there, backstage as part of the melee, as girls dressed and had their makeup fixed for the show. I’m not that pretty, but I keep in decent shape by going for a run every day, and I thought that wearing some underwear in front of a bunch of people wouldn’t be such a big deal – at least I’d get paid for it.

I glanced at the clothes I was handed, and
changed out of my street clothes into a skimpy thong and transparent negligee.

“You have
got
to be kidding me,” I muttered, when I saw my reflection in the mirror.

The negligee was transparent, and in the bright
stage lights backstage, I could clearly see through the thin fabric, right to my dark nipples. A tiny thong barely covered my most private parts. I’ve never even been to a topless beach, and wearing this backstage was something I could barely stomach, and my half-nakedness was made acceptable only because of all the other girls there who were changing and in various states of undress.

But this was definitely
not
the kind of thing I’d wear in public.

I stormed up to Brian with a kind of bravado I didn’t
actually feel inside. “You’re using a fake name to introduce me,” I demanded, “And you’re paying me $5000 for tonight, not $3000.”

Thank
God he’s gay, I thought to myself. If anyone else I knew saw me like this, I would’ve been mortified.

“I
am
your friend,” I reminded him, “And that’s why I haven’t turned into a pumpkin yet. But no-one else gets to know I was here, let alone wearing
this.
”

I gestured to the thin fabric and Brian beamed with pride
at his creation before looking guilty again. “I’ll use a fake name for you, but I can’t afford five grand, you know I can’t.”

His voice was whiny and I sighed. He’d been good to me and I couldn’t abandon him on the night of his big show. I rolled my eyes
, grabbed a dressing gown to cover myself up with, and wandered off into hair and makeup.

The music was blaring, and somehow, over it all, the mc introduced each model as she sashayed down the catwalk. Lara was studying to be a paralegal, Claire was an art history student, and Misha was a hair stylist. I’d never met these women before, and I’m not sure how Brian found them, but surely those names were made up.

The line in front of me grew shorter, and
finally I found myself dropping the gown and heading out onto the catwalk.

I’d been to three rehearsals for this, and the choreographer had made sure I knew
exactly what to do. It wasn’t too hard – just walk, pause at the end of the catwalk, turn around and walk back.

But now I was glad for the rehearsals. The lights made it har
d to see for a few seconds and my eyes adjusted to the brightness. The music was blaring, and the mc had started introducing me.

I walked slowly down, swinging my hips the way I’d been shown. As I adjusted to the lights, I noticed the stares – the men weren’t even trying to hide the fact that they were ogling my breasts.

Wow
, I thought. I wanted to feel insulted and think that all men were pigs, but the reality was that I felt very flattered.
So these guys like my breasts.
The attention made me feel happy and confident, and it gave me a strange ego boost.
All these men want me
.

I’ve never been conventionally pretty, nor gotten much attention from men. Now suddenly all these men were staring at my breasts, many of them had slightly open mouths.
And that was all because of me – I was turning them on, I was the one they all wanted.

My short moment on the catwalk was over before I knew it, and pretty soon the show itself was over.

The audience started walking out, Brian promised me he’d wire
my payment to me that night, and I said brief hello’s and simultaneous goodbye’s to the other models.

It was more than I’d earned in a long time and I should’ve thanked Brian properly instead of yelling at him to pay me more. Maybe I’d ask him if he had any designer friends who needed “real-looking women” for their shows. It was a long shot, but I wouldn’t mind doing this again, the pay was so good and I’d actually enjoyed being on show, being admired by all those rich men who’d bought tickets to a lingerie fashion show.

I smiled hazily, lost in a daydream where money was easy and I didn’t have to st
ress about paying my tuition, and I changed out of the skimpy lingerie into my regular clothes. I’d lost my bra somewhere, but that was ok, I’d be home soon enough.

As soon as
I stepped out of the building, a man in an overcoat came up to me.

“I watched you at the fashion show. You were most impressive.”

The man was closer now and I looked up at him. He was of average height, with dark hair and dark eyes. When I looked into his eyes I was forced to look away again, quickly – they exuded some kind of powerful electricity, and seemed to look straight through me.

Something about him screamed money and power – maybe it was the way he carried himself, or the fabric of his
coat, or the shine of his heavy watch.

When he smiled, he revealed rows of perfect, white teeth. “I was hoping you’d agree to have a cup of coffee with me, and maybe
we could discuss some business. The mc mentioned you’re about to enter law school. I’d love to hear more about that.”

I toyed with my
cheap watch and looked around. The street was relatively empty, except for a black limo parked near the curb. In normal circumstances I would’ve turned down the man, but right now I felt as if going out with him to have some coffee was a very good idea. His cologne was a bit overpowering – something musky and citrusy that made me want to press up against him. It was strange, I’d just met him and I found myself wondering what it would be like to kiss him, to squeeze myself against him… I forced myself to focus.

“Sure,” I said,
trying to ignore the strange sensations I felt by just standing next to him. “Coffee sounds good. When would you like -”

He nodded imperceptibly towards the limo and when it pulled up beside us, he opened the door. “After you.”

I hesitated and looked at him for a moment. The limo had darkened windows and I’d just met this guy.
He had a magnetic gaze, and I felt something strange between us, but that didn’t mean I should trust him. He placed a hand on my lower back and gently nudged me to get in. His hand was large and strong and for a moment I imagined it slipping lower, stroking my bottom and squeezing one of my plump ass cheeks.

And then I’d slid into the limo and the man sat beside me.

I shook it. “Vicki. Oh, but you already know
that.”

I took a moment to look around - t
he limo was spacious, upholstered with dark leather, and there was a closed, darkened window separating us from the chauffeur.

And then it struck me that Brian was supposed to use an alias to introduce me during the show – so how did this man know my name?

But before I could ask him, Nate lowered the window separating us from the chauffeur. “Vicki, could you please tell my driver where to drop you?”

I told him my street address, and Nate raised the window again, so that we were in our own private space.
“So Vicki, tell me about law school.”

There was something about the way he looked at me, the way his eyes seemed to take in everything, that made me trust him and feel flushed at the same time. He moved to sit closer to me on the limo seat, and
a strange warmth began to spread through my body.

“It’s warm in here,” I said nervously, undoing the top button of my shirt. Nate’s eyes travelled down to my fingers, watching as I parted the neckline of the shirt a bit more.

And then his eyes travelled further down, and I realized that my nipples had hardened, and were poking through the thin fabric of the shirt. I blushed – my body was reacting as if I was aroused.

Turns out, I was one of the girls who reacted that way.

But
right then in the limo, I didn’t know about the pheromone scent. All I knew was that I was behaving strangely, and my body seemed to be out of control. I could feel my panties getting moist, and I hoped desperately that I would get things under control soon.

I trusted him, and wanted to be honest with him, so I started to tell him about how excited I’d been to get in, but now I didn’t have the money I needed. I’d gone to a state university in the mid-west, and moved out to New York in search of a better career, a more exciting life. Getting into Columbia had been a stroke of luck and if I could just get a law degree from there, I’d be able to live the life I’d always dreamed of.