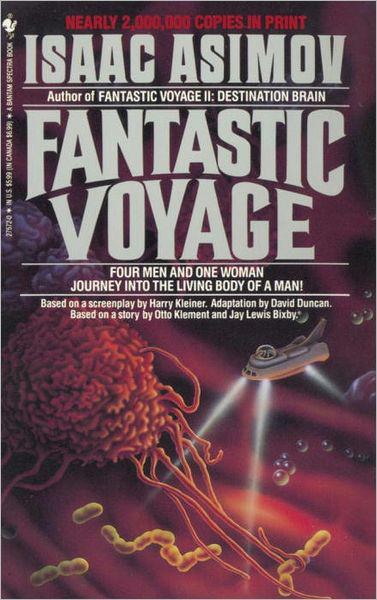 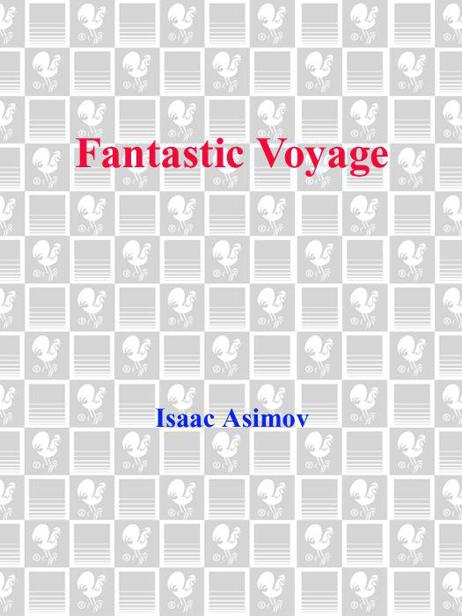 MISSION INTO THE BODY OF MAN!

Attention! This is the last message you will receive until your mission is completed. You have sixty minutes once miniaturization is complete. You must be out of Benes’ body before then. If not, you will return to normal size and kill Benes regardless of the success of the surgery.

A FABULOUS ADVENTURE
INTO THE LAST FRONTIER OF MAN!

The Caves of Steel 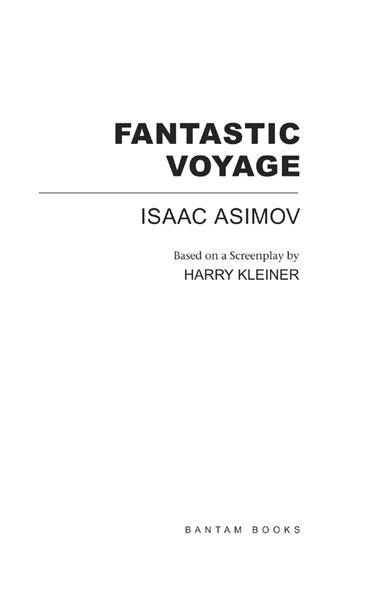 To
Marc and Marcia
who twisted my arm

This book is based on a screenplay by Harry Kleiner.
Copyright © 1966 by Twentieth Century Fox Film Corporation.

A condensed version of
Fantastic Voyage
has appeared in
The Saturday Evening Post
.
Copyright © 1966 by Twentieth Century Fox Film Corporation.

Library of Congress Catalog Card Number: 66-14718 No part of this book may be reproduced or transmitted in any form or by any means, electronic or mechanical, or by any information storage and retrieval system, without the written permission of the Publisher, except where permitted by law. For
information address:
Bantam Books, New York, New York.

Bantam Books and the rooster colophon are registered trademarks
of Random House, Inc.

This story has several authors, all of whom have contributed to its present form in many different ways. For all of us, it was a long and arduous task and a great challenge, but also one of deep satisfaction and, I may say, of great delight. When Bixby and I wrote our original story, we started with not much more than an idea and an abundance of curiosity. Little did we know where it would lead to, or what would become of it in the hands of men of great imagination and superb artistry. Saul David, the film’s producer, Richard Fleischer, the director and inspired conjurer of fancy, Harry Kleiner who wrote the screenplay, Dale Hennesy, the art director and an artist in his own right, and the doctors and scientists who gave unselfishly so much of their time and their thinking. And finally, Isaac Asimov, who lent his pen and great talent to give this phantasmagoria of facts and fancy form and reality.

It was an old plane, a four-engine plasma jet that had been retired from active service, and it came in along a route that was neither economical nor particularly safe. It nosed through the cloud banks on a trip that took it twelve hours where five might have sufficed with a rocket-powered supersonic.

And there was well over an hour to go.

The agent aboard knew that his part of the job wouldn’t be finished till the plane touched down and that the last hour would be the longest.

He glanced at the only other man in the large passenger cabin—napping for the moment, with his chin buried in his chest.

The passenger didn’t look particularly striking or impressive, but at the moment, he was the most important man in the world.

General Alan Carter looked up glumly when the colonel walked in. Carter’s eyes were pouchy and the corners of his mouth sagged. He tried to bend the paper clip he was manhandling back into shape and it flicked out of his hand.

“Nearly got me that time,” said Colonel Donald Reid, calmly. His sandy hair lay back smoothly but his short, graying mustache bristled. He wore his uniform with the same indefinable unnaturalness that the other did. Both were specialists, drafted for work in a super-specialty, with military rank for convenience and, considering the applications of the field, somewhat out of necessity.

Both had the CMDF insignia. Each letter was in a small hexagon, two above, three below. The middle hexagon of the three bore the symbol that further classified the man. In the case of Reid, it was the caduceus that marked him as a medical man.

“Sure. And counting the hours, too. Like a fool!” His voice rose a controlled notch. “I sit here with my hands wet, my hair sticky, my heart pounding, and I count the hours. Only now it’s the minutes. Seventy-two minutes, Don. Seventy-two minutes and they’re down at the airport.”

“All right. Why be nervous, then? Is there anything wrong?”

“No. Nothing. He was picked up safely. He was taken right out of their hands with, as far as we know, not a hitch. He got safely into the plane, an old one …”

Reid said, “Paranoia, we call it in my profession. I mean, for anyone to believe They’d do that. They’d risk war and annihilation.”

Undone by His Kiss by Anabelle Bryant
Saving Faith by David Baldacci
Captive of Pleasure; the Space Pirate's Woman (The LodeStar Series) by Cathryn Cade
Dead Tomorrow by Peter James
The Law of Dreams by Peter Behrens
Ladd Fortune by Dianne Venetta
Past Imperfect by Alison G. Bailey
Miriam and the Stranger by Jerry S. Eicher
The Pawnbroker by Aimée Thurlo
Astray by Emma Donoghue
Our partner