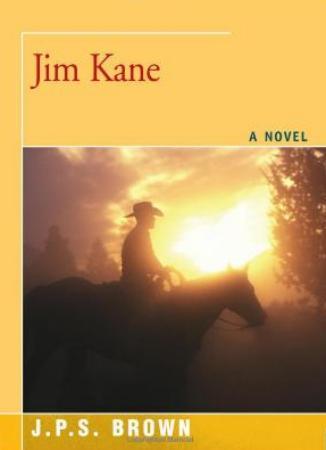 Me imperturbe, standing at ease in Nature,
Master
of all or mistress of all, aplomb in the midst of

less important
than I thought.
Me toward the Mexican sea, or in the
Mannahatta or the

Tennessee, or
far north or inland,
A rioir man, or a man of the woods or
of any farm—ly'e of

these
States or of the coast, or the lakes or Kanada,
Me
wherever my life is lived, O to be sewbalanced for

rebuffs, as
the trees and animals do.
--Leaves of Grass
WALT
WHITMAN

An
arriero
is a driver of animals. A drover. If a man
herds a bunch of cattle or a remuda of horses or drives a packtrain
of mules or one burro loaded with Firewood, he is an
arriero
,
Arrieros
usually are
horseback. A person who drives a car is not called an
arriero
but a good saying has been passed down from
the time when there were no cars. With this phrase a man might answer
politely, with meaning, a lady who thanks him for fixing her flat
tire: "
Arrieros somos. En el camino
andamos. Algun dia nos encontramos." "
We
are drovers. We travel the road. Someday we are bound to meet."

Guadalajara, Jalisco, is one thousand miles from
Frontera, Sonora, on the U.S. border. Jim Kane hoped that he wasn't
going to be rained on every mile of the way. He loved rain the way
any man who had been raised on a droughty ranch in Arizona loved
rain. But Jim Kane was on this road to Frontera in the rainy season
of September with five truckloads, fifty head, of Mexican Appaloosa
horses he had bought in Guadalajara. The trucks had been under
continuous cloudburst for ten hours from Guadalajara to Acaponeta and
now, at 3 A. M., were stalled in Acaponeta because none of the town's
gas stations were open.

Kane climbed into the back of a truck and tried once
again to help the old mare to her feet. She was down in six inches of
mud, manure, urine, and rainwater with her head wedged in  a
forward comer. She was on her side with her legs doubled against the
rack of the truck. Kane pushed against the mass of horseflesh around
her to make room so he could drag the old mare out of the comer by
the tail. The black rain redoubled and the whole storm seemed to Kane
to be funneled into the truck onto his bare head and bare back. The
horses hunched their backs against the storm and bowed their heads
under each other's bellies and would not budge for Kane. He gave up
and climbed over the rack and jumped to the ground. He washed manure
and mud off himself from a deep puddle of rainwater on the ground by
the truck. He opened the door of the cab and got his dry shirt and
leather jacket from under the head of the sleeping driver. He got his
hat from the top of the seat and walked over to the shelter of the
gas station the trucks were parked by. He sopped the water off
himself with a handkerchief already wet from being in his hip pocket.
He put on his shirt, jacket, and hat and lit a cigarette.

A goddam gully-washer, he thought. Just what we need.
A toad-chokin', horse-drownin', frog-stranglin', snake-floatin'
gully-washer. Cowboys in the dry country would be happy to call a
rain like this names like that. We went years on the ranch where I
grew up when it didn't seem to rain as much as it has rained on me in
the last hour. I only weighed a hundred pounds when I was fifteen
years old I was so dried out. When we finally starved out completely
my dad traded one hundred and eighty square miles of drought country
for a thirty-room auto court in the cool pines near streams and lakes
of cold water so he could live out the rest of his life in a place
where he could have a sweet drink of water any time he wanted one.
Now I'm thirty years old, weigh two hundred pounds, and a
gully-washer is putting me out of business.

One of the drivers of the five stock trucks, a tall,
energetic young man with mussed hair and eyes that were trying to
come awake too soon, said "
Buenos d
í
as
"
to start his day and came over and began pacing around the station.
He stopped by the window of the office and cursed.

"
Someone is in there," he told Kane. He
pounded loudly on the door. "He's alive! Wake up!" he
shouted, and pounded again.

The master of the nightwatch of the Acaponeta station
came to the door buttoning his pants.

"
Gasoline, what else?" the tall driver
said.

"
We are closed, " the master of the station
said.

"
How much gasoline do you want?"

"
The five tanks of the trucks. You sell
gasoline, don't you?"

The master of the station finished displaying his act
of buttoning his pants before the customers he might or might not
serve and turned back into the office and switched on the lights of
the station. Kane went to the truck he rode in and roused his driver,
a short, solemn little man. The driver drove the truck up beside the
pumps. The stationmaster came out stuffing a huge .45 automatic
pistol into his belt. He shuffled around the truck to the pumps,
stopped, looked at the pumps, and turned to Kane.

"
Do you want that of a peso or that of eighty
centavos?" he asked.

Kane was in the dry cab of the truck and the caravan
was headed up the road again when he felt that he might, possibly, be
a fool. He thought, no one rides horses anymore and here I am with
all my stake invested on this road in fifty head of scraggy, stunted
studs, mares, and colts that will look so bad when I get them to the
U.S. that no one but me will want them. I am their husband and I'd
better be in love with them because I'm probably going to be stuck
with them for quite a while until someone else can see how a buck can
be made on them. By that time I will be broke again. I will be a day
late and a dollar short again.

This had been the suspicion eating at him since he
had turned loose the money for the old mare and now it took a big
bite out of him. He did not state this suspicion to himself often but
it was an empty-pockets feeling he got when he thought of his future
with the horses. Not the feeling of being broke a man had when he had
a job and was earning only a little money but the feeling of physical
loss a man kept after he had lost a full pocket of money. Kane had
brought $5,000 with him to Mexico to buy these horses. Now he had the
horses and only $80 in his pocket and the freight paid to Frontera.
His dad had once told him because he loved him, "Stay out of the
horse business, Jim Kane."

No, Jim Kane said to himself. I also heard my dad
swear once that he would never trade another horse, buy another
Brahma steer, run another horse race, or marry again and within six
months of that oath he had committed all four of those mistakes
again. I am going to find a big demand for fifty-inch-tall Appaloosa
horses instantly on arriving with them on the border. I am going to
sell for a profit so big I will be able to come back down this road
again and buy twice as many of these colorful little horses. These
little horses will make me independent in my pursuit of happiness and
give me extra money for singing and dancing along the way. After all,
who else has ever done this? I am the first. No one in the horse
business knows that central Mexico is full of little Appaloosas. The
ponies are just the right size for twelve- to sixteen-year-old kids.
They have the greatest variety of color of any Appaloosas I have ever
seen. How about that blue and white polka-dotted stud riding in the
third truck up there ahead of us? They are not dwarfy like the
Shetland or the Welch ponies. They have full manes and tails, not
ratty ones like the U.S. Appaloosas. Just let's look at it this way,
have faith in the way these little horses will charm the Western
riders club members and their twelve- to sixteen-year-old kids.

Yes, and faith is what Don Quixote had when he was
battling giants as he tilted with the windmill. And he promised
Sancho Panza that after the battle he would be rich enough so that he
would be able to give Sancho a dukedom or at least an earldom.

No. Keep faith. You have to now. You married these
horses so now stay with them. The trouble with you is you are tired.

The rain was misty now in the daylight under the
solid clouds as the trucks went on up the road. A slender man in his
loose white garments and stiff-brimmed straw hat stepped out of the
broad-leafed jungle by the road to walk out of the mud onto the
pavement. He carried a machete and he walked in his tire-soled
huaraches
looking
straight ahead and not looking at the trucks as they streamed by him
spraying a coarse mist with their tires. He was going to work early.
Kane envied the man because he was walking freely and unpreoccupied
in a simpler pursuit of his happiness than Kane. After the trucks had
passed the man, Kane thought, maybe soon I'll have myself a little
place down here to raise these little horses and I'll have a man like
that to help me.