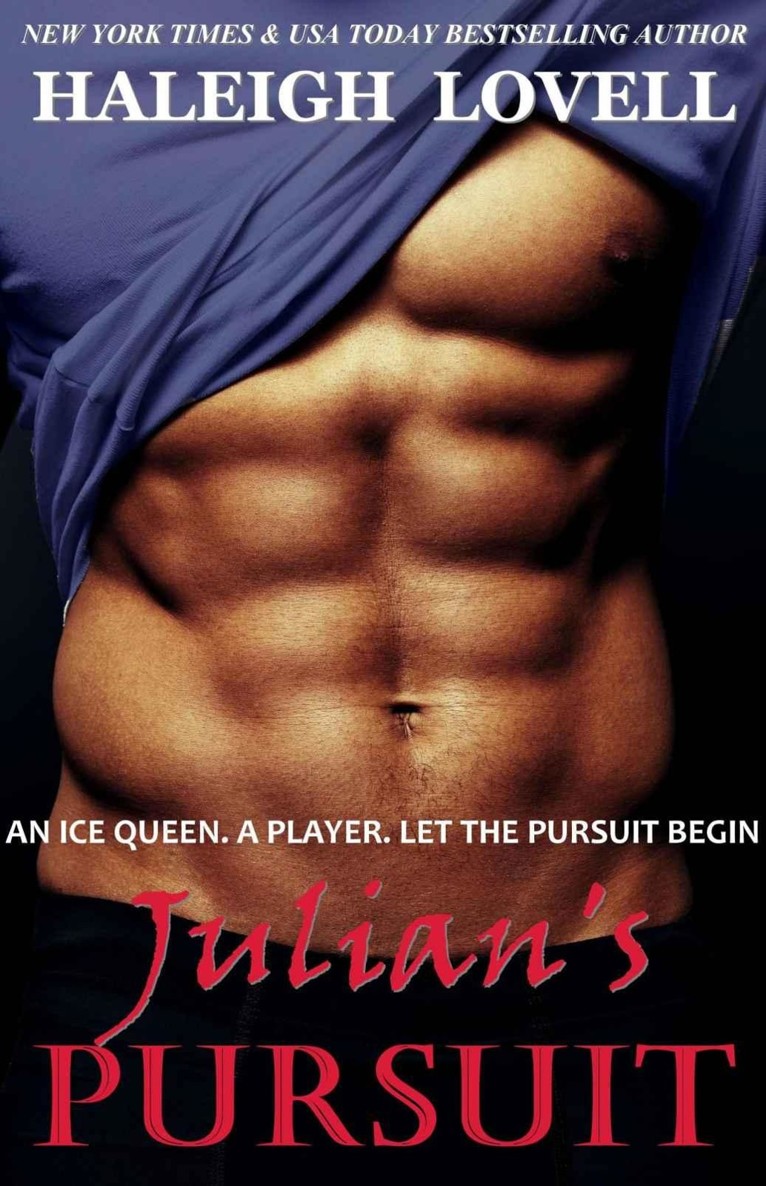 A Contemporary Romance with Heat and Heart

All rights reserved. No part of this publication may be reproduced, stored in a retrieval system, or transmitted in any form or by any means, electronic, mechanical, recording or otherwise, without the prior written permission of the author and copyright owner.

This novel is a work of fiction. Names, characters, places and incidents either are the product of the author’s imagination or are used fictitiously. Any resemblance to actual persons, living or dead, events, or locales is purely coincidental and not intended by the author.

Sadie Frost, the senior account executive at Hall and Heinrich, watched me, waiting for an answer. As was David Varner, the executive creative director, with long dreads and a three-inch beard.

What was the question again?

Leather creaked as Sadie reclined in her chair, fingers steepled at the tips. “Some people say creative directors are the new rock stars in advertising. What do you have to say to that?”

“Rock stars? Nah.” I shook my head. “I’d compare a creative director to a conductor, or say a composer who writes the music, directs a performance, keeps time, and sets the tempo. Ultimately, the focus is on the unified and finished sound. Likewise, with an ad campaign, my job is to ensure that all the visuals, sound, and copy speak in one aesthetic voice.”

Sadie’s eyes were fixed on mine, her brows drawn together in silent appraisal. “There’s this new trend… companies like Anheuser-Busch are tapping celebrities like Justin Timberlake to become creative directors for their brands. What are your thoughts on that?”

“I think it’s a smart way to cut out a lot of red tape. Justin Timberlake has mass appeal, and if he can harness his creative talents to create good-branded content, I’m all for it.”

In the next breath she said, “Would Justin Timberlake want to do your job?”

“No,” I answered truthfully.

“Most creative directors don’t live a rock star lifestyle. It’s not glamorous and it’s rarely a nine-to-five job. And the profession, at least for the first ten years, certainly can’t buy you a house on the Hills or a Ferrari. The creativity in most cases is reserved for award entries because the clients have their own parameters of creativity, and more often than not, they prefer effective ads.” I shrugged. “But I love what I do and I’m used to working after-hours, late nights, weekends, and holidays.”

Stroking his red beard, David spoke in a considered way, softly and quietly. “Are you good at motivating people?”

“Do you think Gordon Ramsay is a good motivator of people?”

“Onscreen, he’s cultivated this persona of being a bully, and it makes for good TV. But I don’t believe in getting people to work harder for me by berating and humiliating them. I think motivation comes from a place of trust and respect.”

Long, dark lashes lowered, sweeping downward to cast shadows against her milky skin as Sadie glanced at my résumé. “I see here that you served in the military before you went into advertising. Tell me this—having been in the army, how has that helped you in the advertising world?”

It took me several seconds, but it came to me sharp and clear. “I have a long track record of hard work and measured success. I’ve lived by a set of rules that have been ingrained in me from the day I stepped into service. I’ve worked under immense pressure and I have the kind of self-discipline most civilians don’t possess.” I paused. “I don’t slack. And I understand the constant struggle that’s prevalent in advertising. In the battle of creativity versus effectiveness, only the fittest and the shrewdest survive.”

Sadie studied me, her blood-red lips pressed together in a thoughtful line.

I studied her, too. She was both stunning and striking, even more so when she was concentrating.

In the lingering silence, my gaze dropped to her sensuous mouth, taking in the curve of her bow-shaped lips—so full and moist I could taste them just by staring.

Five days later, I got the call from HR. I got the job.

“Sadie Frost?” Tim stared at me as if I’d just sprouted a second head. “The Sadist Ice Queen?”

I flinched at his words. I didn’t like that name. Not for her.

“Why?” he asked, his voice more grating than normal.

“She intrigues me,” I said simply. No woman had ever fascinated me as much as she did. She was aloof and mysterious. A gorgeous mix of beauty and brains, hardness and vulnerability.

And she captivated me.

And like a rose, she was beautiful but prickly with thorns, and any attempt to touch her would draw a drop of blood.

“Look,” he said. “I realize it’s only your first week here, but trust me, you don’t want to touch her with a ten-foot pole. That woman will crush your balls and eat them for breakfast.”

Leaning against my desk, I crossed my arms and gave him a knowing smile. “So you asked her out and she said no?”

Tim muttered something unintelligible, choking on his words as they tumbled out.

Tim Pulaski was short and stocky and had the appearance of a college football player who was no longer getting enough exercise. He spoke often and too much, saying little of consequence. I imagined he was the sort of man who conned his way through the advertising world on a smile, a shoeshine, and a few buzzwords.

“Pssh!” Tim made a dismissive gesture. “I may be five-four, but I’m seven fucking feet tall when I’m standing on my wallet. And
that’s
what the chicks dig.”

I couldn’t resist taking a dig at him. “Not Sadie Frost,” I remarked casually.

His mouth set in a grim line and a muscle twitched in his jaw. “That’s because she won’t go out with anyone in this office. I’m telling you, you’re wasting your time, son. You’re barking up a tree that’s already been cut down.”

Tim continued talking, but everything became background noise as Sadie strode into the office, her wintery expression dropping the temperature two degrees or so.

“Forget about that sadist.” Tim’s voice pitched higher. “What about Riley Jones?”

“Who?” I said distractedly. As Sadie crossed the floor, her head canted slightly, as though she’d heard Tim calling her a sadist, but she didn’t miss a step and strode on as though his words had no effect on her.

“Riley Jones,” Tim repeated. “Can’t you see it?” He elbowed me in the ribs as Riley sashayed past us and flashed me a coy smile. “That woman is all riled up for you.”

For the next five minutes, Tim just wouldn’t shut up about Riley Jones.

And he wouldn’t stop talking shit about Sadie Frost, which was starting to sound like a convenient cover-up for his bruised ego.

“Focus more on getting what you want and less on getting something off your chest. If you want Riley, go after her.”

I, on the other hand, knew exactly what I wanted.

“And,” I added, “quit talking smack about Sadie. I don’t want to hear it. If you ran as much as your mouth did, you’d be in better shape.”

“Fuck you.” Tim laughed. “You’d be in better shape if you forgot all about that Ice Queen.”

“We’ll see about that,” I said and strode toward her office.

“You’re making a mistake, man!” Tim called after my retreating back. “Your ass is grass! And she’s the lawnmower.”

When I reached Sadie’s office, her door was open, and I leaned against the doorframe. “Good morning, Miss Frost.”

She spoke without bothering to glance up from her computer. “I’m not your high school English teacher and we’re all adults here. Sadie will do,” she said shortly.

For a moment, I stood transfixed, watching her as she worked in silence, her soft lips parted in concentration.

Her clear blue eyes, slightly accentuated with kohl, glimmered like topaz as she stared intently at her computer screen. And her dark hair was pulled back in a severe ponytail. It emphasized her beautiful face and high cheekbones.

Severe
. That was Sadie.

Even the way she dressed was severe. Pencil skirts and crisp white blouses, she always looked impeccable. Not a crease in sight or a hair out of place.

But I had a feeling about Sadie Frost.

Hers was a face of passion and sensuality. And the absence of any visible lines under her tightly fitted skirts indicated she wore thongs or nothing at all.

A few days ago, when I sat in her office discussing a mutual client of ours, I caught a glimpse of her tightly beaded nipples straining against the crisp white material of her blouse.

If she did wear a bra, the fabric was thin and almost sheer.