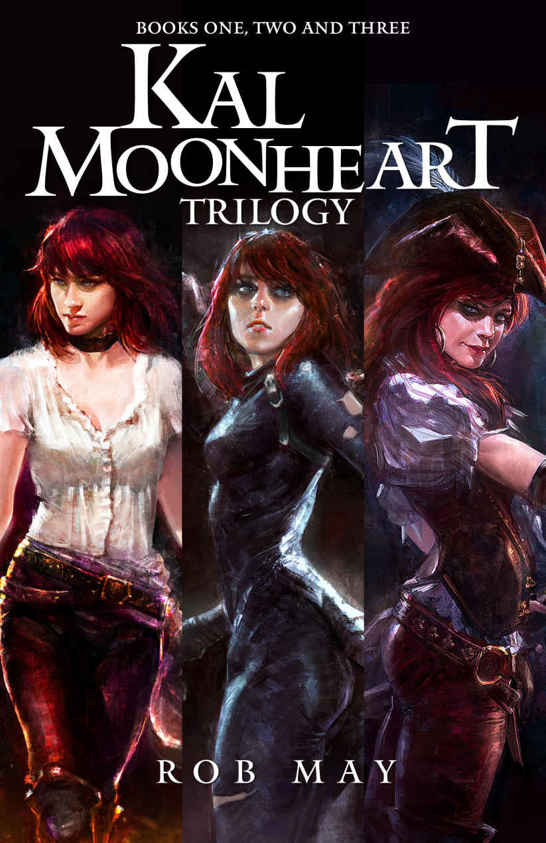 Kalina Moonheart lay back in the wet grass and raised her arm to shield her eyes from the light. She stretched out her limbs and offered herself up to the warmth of the Sun. It was early summer, and the surrounding ash and oak had only recently burst into leaf. Kalina smiled as she watched two wood pigeons fussing about their nest high up in the trees. Other than the sound of the birds’ wings beating, the forest clearing was silent.

She closed her eyes. The Sun still glowed red through her eyelids. Her skin prickled; tomorrow it would be sore, but she didn’t care. Right now, everything was perfect.

She must have dozed for a while. A shadow fell across her face and woke her up. Deros was standing before her, his bare chest shining with sweat. He was holding a heap of colourful wild flowers.

‘You’re blocking my sun,’ Kalina scolded him, but with affection in her voice.

‘I brought you something,’ Deros said, kneeling down beside her. ‘Poppies, dandelions and … mouse-ears, I think. And these ones are—I’m not quite sure what these are …’

Kalina propped herself up on her elbow to look. ‘They’re
snapdragons
.’

Deros gave her a worried glance. ‘Snapdragons?’ It was bad luck to pick snapdragons. ‘Do you think that
he
will know?’

Kalina laughed and put her hand on his arm. ‘I really, really doubt that a simple village boy picking flowers will be at the top of that monster’s hit list. But let him come—right now!—if he really cares.’

She had addressed her final words to the sky, but it remained blue, clear and empty.

‘Don’t say things like that!’ Deros said after a few moments of silence. Then he cracked a grin. ‘Don’t say that I’m simple!’

They both laughed. Kalina pulled Deros close. As she did so there was a
thwack
and a whirring sound from off in the trees. Then there was a close-up
thunk
. Deros turned pale and looked confused.

There was an arrow head sticking out of his belly.

The iron midnight bell rang out across the city: a muffled monotone knell that made the night’s last stragglers walk just that little bit faster home. Kal’s eyes snapped open at the sound. She shook her head.
That dream again.
A memory, really, but it didn’t trouble her so much these days.
It all happened six years ago!

She looked out over the rooftops. Kal was high up on top of the Basilica, in the shadows of the colonnade that encircled the dome. From up here she could see everything: the brick and terracotta buildings, bleached by the moon; the pale stone monuments and temples; the tall-masted ships in the docks; and surrounding it all—even the harbour—the towering ringwall: sixty feet high and twenty feet wide to keep monsters out of the city.

This was her new home. She had left her old life behind her, a thousand miles to the north. She was a different person now; she had lodgings here (a small room), friends (well, acquaintances) and skills that could make her money (so long as the law allowed). She also had a wealthy patron, and tonight she had a job to do that she needed to be getting on with.

Kal shook her head to dismiss her thoughts. It was time to go. With practiced ease she traversed the roof of the Basilica and hopped into the branches of the giant cypress tree that grew in the cemetery. From the tree it was an easy jump down onto the cemetery wall, but from the wall it was an eight-foot leap to the roof of the old bath house. Kal made the jump without a second thought, and even landed quietly. She had done it hundreds of times before.

The bath house was almost a ruin. As she navigated its crumbling roofs, she could hear the cries of children from inside. So they were still using the old building as an orphanage. This crazy city was rich enough to do everything except look after its most vulnerable. Kal promised herself she would drop off a donation later, if the night’s work went well.

She dropped down to ground level in the far corner of the bath house. Across the courtyard, one final obstacle stood before her: a ten-foot-high brick wall. There were, truth be told, any number of routes she could take over or around the wall, but Kal had always preferred the direct approach. She thumped her right fist into her left palm; the fingers of her leather gloves were stitched with a layer of tough elastic
cuchuck
—a rare substance imported from the far-off Junglelands. She had coughed up a great deal of gold for a very small supply. Her boots were soled with it, too.

She hopped on the spot for a second, then sprinted at the wall. The grip her gloves and boots provided was only temporary, but it was enough to boost her high enough so that she could grab the curved tiles that decorated the top. Her fingers only barely touched them; without the cuchuck she would surely have fallen back down. As it was, Kal was able to hoist herself nimbly up until she was crouched atop the wall, surveying the other side.

Gardens and pathways lay before her, monochrome in the moonlight. This park was part of the wealthy quarter of the city; it would be empty at night, and the entrances guarded. Kal’s unconventional approach, however, ensured there would be no witnesses to her arrival. She dropped down off the wall and slipped along a tree-lined avenue—a shadow dressed in soft black leather. Only the statues—life-size marble representations of long-dead gods—saw her pass.

And in the very centre of the gardens: the one who had killed them all. Kal’s route took her around the perimeter of the park, but even so she couldn’t help but glance over her shoulder at
him
; the only god who still terrorised the world’s dreams; the ancient winged beast whose unruly spawn still haunted desolate lands.

The massive marble statue depicted
the Dragon
rearing up on his legs, wings spread wide. Before him was a muscular youth, naked and armed with a bronze spear. It was here, a thousand years ago, atop the highest hill in the city, that
the Dragon
had battled and eventually killed the god Arcus—the final god to fall beneath his savage jaws. But even in death, Arcus still managed to hold on to some residual power; his tomb—buried
somewhere
beneath the hill—had proved over the centuries to be a powerful deterrent to evil. And as such, this square mile of volcanic rock was crammed with an abundance of temples, shrines and statues … and, of course, the mansions of the powerful and prosperous.

Arcus Hill. Home to rich merchants, richer politicians and those who sat upon chests of inherited wealth. The man Kal was after tonight probably fitted into all three of these categories. The only
other
person that Kal knew who lived up here was Zeb Zing, the owner of the Snake Pit, the unruly downtown gaming den—the largest building in the city that wasn’t a temple of some sort. Kal liked to joke sometimes that it was
her
temple. At least the gods of luck and fate that she worshipped there were still alive and kicking, and sometimes they even answered her prayers.

On any other night but tonight she could be there right now. Still, it was relatively early and this job shouldn’t take too long; she had almost arrived at her destination. Some of the larger mansions on Arcus Hill had frontages directly onto the park. From the cover of a low yew tree, Kal staked out the building opposite. A guard was pacing up and down in front of the gate. At the sound of a distant bell, one that marked the half hour, he left his post and disappeared off into the trees of the park. Kal knew that he had a secret appointment with a girl he had flirted with earlier that day at a local tavern. Too bad for him the girl wouldn’t keep her promise. Kal smiled to herself—
it wasn’t as if she could be in two places at once
.

When the coast was clear, Kal dashed to the gate. In seconds she was over. Avoiding the portico and the main doors, she made for some steps that went down to a basement-level passage and the servants’ entrance. Kal let herself into a kitchen where she paused for breath and listened out for any signs of life. It was silent. Idly, she lifted the lids of some of the earthenware pots. In one she discovered an interesting cheese, so she took a nibble.

Then suddenly she paused, the flavour of the cheese still on her tongue. She was not alone in the kitchen.

Kal peered into the shadows by the opposite door. The moonlight came in through a small window high in the wall and barely lit the kitchen. But something was there, watching her, panting heavily. The light glimmered off a pair of eyes that were just a couple of feet off the ground. Kal looked away quickly.

The shape in the shadows growled. It padded forward, revealing itself to be an enormous wolfhound. Kal wasn’t going to be able to make friends with
this
animal; most likely it had been trained to defend its turf. So she dropped to her knees, met the dog’s gaze, and offered out her hand.

‘Come and get me, then,’ she said softly.

The wolfhound pounced. Kal twisted her wrist and the dog’s jaws clamped down on her forearm. She wore steel vambraces beneath her leather, which blunted the dog’s bite. With her free hand, Kal drew her shortsword from its sheath at her back. With one arm still in the dog’s jaws, she twisted around, mounted its back and gripped its head between her knees.