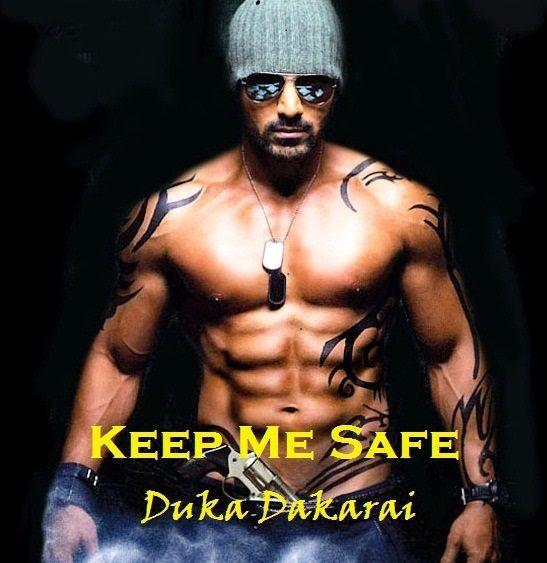 This book is dedicated to those who risk their lives daily to keep us all safe wherever you are in the world today. It is also dedicated to all of you who keep me sane, well almost. Love and hugs xx

The
British SAS Commander in Basra was planning one of the most risky and high-profile operations in the regiment’s recent history when he discovered that the enemy was not his biggest problem. Hunkered in the nondescript HQ in Iraq’s second city, the Lieutenant-Colonel watched for the umpteenth time as footage of the two hostages flashed on the TV screen in his office.

He sucked a breath through gritted teeth and rolled each tense shoulder in turn.
What the fuck was the delay in giving the command to go ahead? One of the hostages was a woman, for Christ’s sake.

Three hundred miles north, on an airfield just outside Baghdad, a C-130 Hercules special forces transport plane sat on the runway, wind whipping the sand into a yellow mist. In the
back a squadron of SAS troops, led by Captain Kane, were sat patiently looking at the crate of kit strapped to the floor of the fuselage, pulses quickening as they checked their Heckler & Koch submachine guns and C8 carbine rifles.

A second SAS squadron in Basra prepared for the arrival of the reinforcements. Like any mission they had made speedy plans and moved into action with calm professionalism. But this time it was personal.
One of the hostages was one of their own – an ex-SAS now turned cameraman for die hard investigator, Sky Sinclair. Dammit, if the blonde bimbo had only listened to her colleague and not led them straight into the lions’ den. Then the call came – on a secure line from a military bunker just outside London. The Lt-Col could not believe what he was hearing. ‘
Permission not granted
.’

That was when the Lt-Col realised that his biggest challenge would be the top brass at home. The men waiting on the runway were flabbergasted when they heard.
Captain Kane spat venom over the radio. His team, each alert and ready to go, were now being told to stand down.
No fucking way!

Acknowledging their wrath,
the commanding officer made the decision that could have seen him and his brother officers hauled over the coals. The alternative, they agreed, was to resign en masse. He picked up the phone and made the fateful call. ‘We’re doing it anyway,’ he said. Minutes later the C-130 took off. There was no going back.

As darkness fell, ten armoured vehicles, packed with SAS troops initiated the raid. They bulldozed through a 6ft wall to the hostage compound. The troops fanned out, firing stun grenades while helicopters hovered overhead.

The quick-fire bursts of bullets whipped through the dense night air as Sky cowered in the corner of the concrete room. Beside her, the cameraman signaled for her to remain still and try to remain calm. “Make no sudden moves” he
whispered hoarsely in her ear. Suddenly, the doors to their makeshift prison splintered and collapsed under the foot of two armed and masked troops.

Momentarily blinded by the head-cams, she felt herself grabbed roughly round the waist, plastered against the solid chest of her rescuer. Without speaking, he dragged her free of her confines, before eventually releasing her inside the safety of an armoured vehicle. His hands made light work to check and feel every inch of her near naked body for injuries.

“Are you hurt?” Captain Kane hollered above the noise, the adrenaline still coursing through his blood.

“Answer me. Are you hurt?” Kane bellowed.

Kane turned to his ex-colleague, now sat alongside Sky. “Close one, Andy. You ok?”

Andy nodded with a snigger. “I’ve been in worse scrapes, mate. Remind me not to work with women, children or animals again, though”

Kane stared directly into the eyes of Sky. He held her gaze for several seconds before responding. “Yeah, fucking women!”

At some point
, after the SAS commander gave the green light for the raid, retrospective permission was granted by top brass back home.

Kane poured his second cup of coffee and leaned back into his chair. He was always the first to arrive and the last to leave. His team at
Elite Defence
would saunter in very soon so every day he got to treasure this quiet time. Since starting the company four years ago with two ex-SAS colleagues
Elite Defence
had grown to establish itself as one of
the
premier executive security agencies, both nationally and internationally.

However, during this early morning reflection time, he often pondered if he had made the right decision to leave his band of brothers of the elite core of the SAS. But, as usual, as soon as Eddie (
aka Storm), Dalton and May (aka Brains) arrived, he would push those thoughts back where they belonged - far away in the memory bank.

Brains
is always the next in through the heavily reinforced doors of the industrial unit. For a woman working with three ex-SAS guys, she holds her own. Kane and the others were not familiar to working in close proximity to women but she won each one of them over with her sharp intellect and use of colourful language. And being a sixth
dan
master in taekwondo also helped seal the deal. On the second day of her employment, she planted Storm firmly on his ass when he tested her resolve by playfully patting her rear. He and Kane knew at that moment they had made the right decision.

The shrill of the telephone sh
akes Kane from his thoughts. He immediately recognises the gruff voice of DCI Jack Mercer of the Serious and Organised Crime Squad at Scotland Yard. He and Jack have had their fair share of tussles on the past but have now landed at a place of mutual respect.

“Jack. What can I do for you on this fine morning?” Kane grins as he hears the grunt through the receiver.

“What’s fucking fine about it? I need to meet up ASAP to discuss a case. Are you free in a couple of hours?” Jack growls, chewing on his cigarette.

Jack inhales sharply. “Not sure how secure we are to talk. Meet me at The Feathers at noon.”

“Not at the Yard?” Now Kane is intrigued.

“No. The Feathers at 12” And as abruptly, Jack ends the call.

Kane scrapes a hand down through his clipped goatee beard. His mind is now suddenly alert, processing possible scenarios for which DCI Jack Mercer would need to call in his help. The
specialist Crime Squad is responsible for the management and oversight of both proactive and reactive serious crimes investigations. The unit has intelligence, weapons, highly skilled operatives et al at its disposal so what has brought Jack
to come calling?

A shadow is cast across the office and instinctively Kane turns his head to nod to the hulk of a man framed in the doorway. Storm folds his six foot five inch body into a chair opposite his boss performing his morning routine of a stretch and a yawn. His handsome features split into a familiar smile as he studies the serious face of Kane.

“What’s up, man?” He drawls reaching across for the coffee pot.

“You and I are meeting Jack Mercer at The Feathers at midday. He’s got some business for us but I don’t know any more than that.” Kane takes another swig of coffee before continuing. “How come you’re in before Brains? Is she sick?”

“Ah, I left her sleeping like an angel in my bed. Didn’t want to wake her.” Storm laughs playfully.