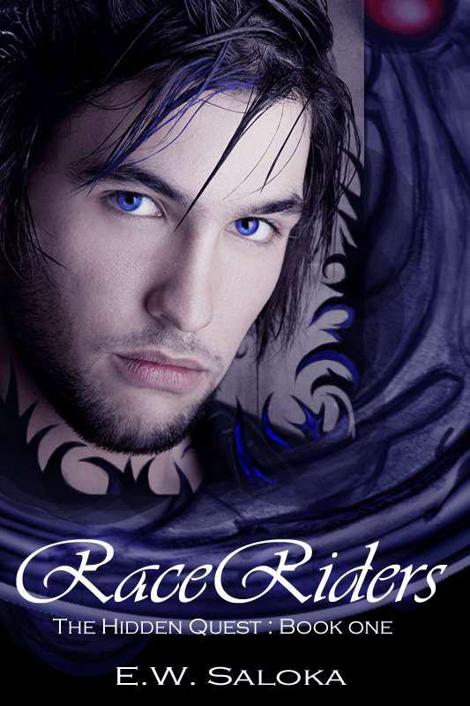 This book is protected under the copyright laws of the United States of America.

All rights reserved. No part of this publication may be reproduced, stored in any retrieval system or transmitted in any form or by any means—electronic, mechanical, photocopying, recording or otherwise—without the prior written permission of the author.

This novel is a work of fiction any references to any real persons living or dead are intended only to give authenticity. Any names, characters or places are a product of the author’s imagination.

Thunderous hoof beats echoed towards Philip as he raced through the forest. Philip was soaked down to his skin first from sweat, then from the heavy rains falling in torrential sheets around him. The ground was thick with mud and he almost slid into it waist deep. Clanking metal drowned out the shouts heard throughout the forest as Philip tried to stay one-step ahead of his pursuers. They were close on his heels determined to cut him down. Apparently his life was in danger but he couldn’t understand why.

The Blackshire Witch had been advising Philip. She warned him to leave this place and soon. He started having awful recurring dreams that tormented him night after night. Closing his eyes briefly, he could see unsettling visions of terror and death. After spending years trapped in this non-existence he was desperate to leave. He knew there was an opening to pass from one realm to another. It was a passage hall and once or twice he found the entrance but it would quickly close up and disappear. Philip was exhausted but he had enough determination to keep trying. He was too close to give up his search. Each day he believed would be the day he would go home, and that was the hope that kept him alive.

Stopping quickly he spied an opening to a small cave. It was partially covered with broken branches but Philip was able to crawl inside the low opening and find temporary shelter. Once inside, the blackness enveloped him and he wasn’t sure what was scurrying along the edges, but at least he was dry.

His only remorse was leaving the child behind, but it had been too long and uneasiness grew each passing day. Philip sometimes wished the boy could go back with him, but it was best this way. Someday the child would understand. This was his fervent hope.

Home beckoned to him with soft lights, laughter, and most of all love. Although it was dark and bleak, Philips’ heart warmed with memories of them, his lovely wife Tara and young son Zachary. He felt for the letter inside his jacket. Written several months ago, the letter explained what had happened. His only wish was to give it to her in person.

They would start all over again. In his dreams they always did. Philip looked out, the rain had stopped and there was only silence. Perhaps they had given up or possibly were planning an ambush. He decided on the former and came out in the open. Determined to find the passage hall again, Philip went back to where he was the last time. Rounding the two corners of the grounds he saw something. “That must be it!” he shouted.

Before him, a beautiful waterfall slowly unfolded. Reaching out he moved his hand effortlessly through the illuminated waters. Preparing to take the dive, he hesitated for only a moment. When he saw a hand clutching a pale-jeweled dagger he knew it was too late. The attacker swiftly leaned over and plunged the blade deep into Philip’s back. The hooded figure then reached down trying to snatch the amulet at the dying man’s neck. There was a rustling nearby and a young boy screamed, “Father no!” The child saw only the edge of a dark cloak disappear into the forest.

He bent down and lie beside Philip’s near lifeless form trying to give him warmth. Philip feeling his lifeblood ebbing away, touched the child’s tear stained cheek, then before closing his eyes for the last time he faintly whispered,
home
.

The boy gently placed him in the warm waters and watched as the waterfall took him away. “Goodbye father” he said, his small voice barely above a whisper. The boy slowly looked up and through his tears; he saw a glimmer of light.

One - Upon a Winged Horse

Beneath the clouded heavens, the snow fell as an iridescent blanket of white, sprinkled with the hope of innocence and glistening with the promise of a brighter tomorrow. Thomas Wellington was a thin figure standing in the shadows and peering intently out of his window. Tears flowed freely as he recalled happier times and earlier years without the cloak of illness. He stood suspended in the moment, when something pure as a snowfall would bring such joy. Yes it was bittersweet perhaps, but leaving him breathless just the same. The distinguished man was in his twilight years and moved a little slower but had the same twinkle of merriment in his blue eyes. Sometimes he wore lounging jackets when tired and needing to rest. At festive times, he was elegant in tweed. Today he was concerned that his young grandson was not yet home. As the snow piled up in the long driveway and the wind whistled through the trees, Thomas started to worry.

Just then, a loud voice rang out from the doorway signaling the arrival of Zachary. “Grandfather you wouldn’t believe the snow piling up, Mr. Jakes gave me a ride on his snowmobile; otherwise I’d still be out there!”

“Well thank goodness he did, and you might want to take off those wet clothes and put on something warm and dry” Thomas said relieved that his grandson was now safely home.

“Good idea grandfather.” Shaking his dark wavy hair, Zach’s woolen hat fell to the floor. Snow fell in wet clumps from the discarded cap and started to melt. “I smell something delicious.” Zach said pulling off his wet boots.

“Oh yes my boy. Mrs. Bustleton has been busy most of the afternoon preparing her delicious beef stew and my favorite biscuits,” Thomas added with a wink.

“Stop it granddad” he said jokingly. “I can’t take anymore I’m starving, especially after that long trek in the snowstorm. I’m going to change before supper, I won’t be long.”

“Take your time Zach I’ll be in the drawing room resting.” Thomas made his way slowly to the dimly lit room and eased his tall frame into his favorite chair by the fireside. “Ah that feels wonderful.”

Just at that moment, a round cheeked woman with a cap of dark curls appeared in the doorway. “Is it warm enough in here for you sir? Would you like me to put another log on the fire to make it toasty?”

“It’s fine the way it is dear woman and I cannot wait for a bowl of your famous stew. Please tell me it’s soon ready.”

“Ready and waiting, just the way you like it. I’ll check on my biscuits and then dinner will be served, say in about fifteen minutes or so.”

“Wonderful Mrs. Bustleton, Zachary and I look forward to another one of your splendid meals.”

“Oh Mr. Thomas, you spoil me with all your fine compliments.” The kindly woman blushed and smiled broadly, as she left the room.

Thomas gazed thoughtfully into the fire letting his mind wander back several years but forever etched in his mind. “Philip and Tara, you were the light of our lives and so young to be lost to us.” He shakily pulled down a silver frame, holding a picture of a smiling woman. Standing beside her in a protective embrace was his son Philip. He felt a lump in his throat as tears gathered in his eyes. So many questions surrounded Philip’s death and he had yet to find the answers. Now Tara, that was a tragedy also. He remembered that day he saw her. She was laughing, and so full of life. The rest of the day became a painful blur in his mind. There was a loud knock on the door in the middle of the night. A police officer stood there with an accident report. So much broken glass. In a weak voice, Tara asked him to watch young Zachary, and then on an angel’s wings, she slipped away from them.

Tara had grieved for a few years after Philips’ disappearance. later that spring she met a man in the rain who shared her umbrella, and soon after shared her life. For a time she knew happiness, but whenever they talked about Philip her eyes would mist and Thomas could see the pain she tried to hide. That fatal night she looked peaceful as she drew her last breath and said goodbye. Now they would be together forever. No melancholy Thomas thought, that was only for the twilight hours when sleep eluded him and the memories came flooding back. Stored deep within his heart were treasures of smiles and laughs, but most of all their love.

After the accident, sometimes late at night Thomas would hear Zach in his room unable to sleep. He would then go to his grandson with a snack for the two of them to share. As the boy grew, so did the bond between them. It worried Thomas that his failing health could cause a problem with his grandson having no other living relatives. Mrs. Bustleton said she would step in and care for Zachary; he had made that provision for the boy in his revised will. It was a few days after Dr. Balenger gave him the news concerning his heart failure. He doubted his weakened body could survive a heart transplant, but his doctor said Thomas was a good candidate for the life saving surgery. Thomas secretly believed it was because of the new wing he had donated to the hospital sometime before his illness. What was wealth anyway? not much without good health. All his money wasn’t able to buy the one thing he longed for, and that was time.

Thomas was jolted to the present by a merry voice.

“Granddad lets eat I’m so hungry, feed me now please!” Zach staggered comically then fell into a nearby chair.

Thomas clapped, “Bravo, I see acting in your future.” They laughed together and walked over to the dining area.

At the table, Mrs. Bustleton placed steaming bowls in front of them and then sashayed off to the kitchen just in time to take the fluffy rolls out of the oven. She whistled a little tune as she readied a basket with a tea towel and nestled the delicious biscuits inside. The kitchen was warm and cozy with heavenly aromas as the busy woman spooned blackberry jam into a small serving dish. Another bowl held some fresh clover honey she had purchased earlier at an outdoor market she often frequented. The good cook piled everything on a serving tray and walked proudly into the dining area.