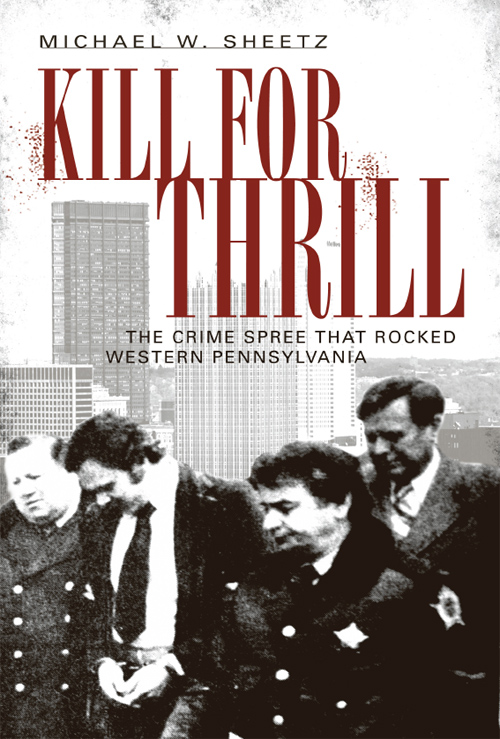 There is no greater love than this,
that a man should lay down his life for his friends. 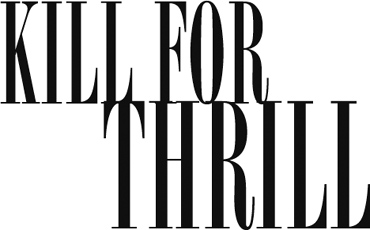 Published by The History Press

Notice
: The information in this book is true and complete to the best of our knowledge. It is offered without guarantee on the part of the author or The History Press. The author and The History Press disclaim all liability in connection with the use of this book.

All rights reserved. No part of this book may be reproduced or transmitted in any form whatsoever without prior written permission from the publisher except in the case of brief quotations embodied in critical articles and reviews.

In memory of those who have fallen.

In Which the Scene Is Set

John Lesko and His Wretched Existence

The Case of the Stolen Kielbasa

The Fourth Victim Is Claimed

The Search Is On

Travaglia and Lesko Are Apprehended

The story you are about to read is true. Not true as in “based on,” not true as in “inspired by,” but true as in these events actually happened to real people, in real places and in actual history. To the extent possible, I have culled every detail of this book from original sources—no mean feat considering that many of the events are rapidly approaching their thirtieth anniversary. This work is nonfiction and all events are true; however, in parts I have taken storytelling liberties. In particular, where people and witnesses are no longer available or memories have faded, I have provided my best interpretation of what most likely happened or was said, based on my years of research, interviews, trial transcripts, forensic evidence and firsthand accounts of the incidents by witnesses. Where the story strays from strict nonfiction, I have nonetheless remained true to the factual events as they unfolded.

While I have paid scrupulous attention to detail, you should be aware that, where the ravages of time and circumstance demand, gaps in verifiable information have been filled in with reasonable extrapolations of what is likely to have happened. When this happens, rest assured that any detail not verifiable with underlying source documentation has absolutely no material bearing on this account. Instead, it merely serves, in the few places that it occurs, to add readability to this tale.

As in everyday life, factual accounts often differ in trivial ways. In the event that my research has unearthed conflicting versions or diverging accounts of an event, I have attempted to identify the most reasonable alternative and have made every effort to provide authentic accounts of every material detail.

While researching this story, I attempted to contact the accused. Sadly, these attempts were fruitless, and for whatever reason, they chose not to add their perspectives to the book.

In addition, I have corresponded with many of the people whose lives this story has touched. Some have died, some have moved away and are unreachable and others have, for personal reasons, chosen to decline my request for an interview. I have attempted as much as possible to respect the privacy of those families of victims who wish to remain in the wings and have endeavored to treat the circumstances surrounding their loved ones’ deaths with accuracy and dignity.

The brevity of the period that these events cover belies the far-reaching and monstrous effect they have had on the lives of so many innocent people. Police officers such as Donald Mahan, Robin Davis, Jim Clawson and Thomas Tridico will forever carry the heavy burden of losing a fellow officer. Likewise, the family and friends of Michael Travaglia and John Lesko’s other victims can never truly put behind them the dreadful events that took their loved ones from them.

In some ways, even the passage of twenty-nine years cannot dull the ache that still permeates the pastoral rolling hills that surround Pittsburgh. This is true in part because while the courts convicted Travaglia and Lesko of these murders over twenty-eight years ago, they remain two of America’s most senior death row inmates. Some say that this is an injustice that is unconscionable in our society.

Since their original conviction in 1981, appeals that Michael Travaglia and John Lesko have pursued have traversed their way up and down Pennsylvania’s court system. As you are about to read, hearings, trial, retrials and resentencings have come and gone, and both men have had death warrants signed—and stayed—twice. Yet they both remain on their respective death rows while friends and loved ones of their victims are left wondering, what is the price of justice?

Death penalty ideologies notwithstanding, loved ones who have suffered double victimization, first at the hands of the defendants and second at the hands of the system, cannot achieve closure and begin the healing process until the final chapter of this story is written. It is a chapter that, despite all of my hoping and scheming, I am unable to create. If this were a work of fiction, I would have already written a blockbuster ending. Sadly, it is not.

Beyond mere curiosity, this project has been cathartic in a way. I also have been touched by the events you are about to read. I grew up ten minutes from the very spot where Leonard Miller’s body fell. I went to the same high school as Michael J. Travaglia. In fact, in 1984, a mere four years after Leonard Miller was brutally murdered, I walked the same station house hallways, wore the same uniform patch and patrolled the same city streets that Leonard once patrolled.

I never met Leonard, but colleagues such as the late Rick Murphy, chief of police at the time Leonard was murdered, and Jim Clawson, chief during my tenure, have shared with me insights into what measure of man Leonard Miller was. I had the opportunity to work with Rick Murphy for several years before his death in 1997. He was kind enough to share insight about Leonard Miller the officer—and the man. I am indebted. You will read of Leonard Miller in the coming chapters. I hope that I have done justice to his memory.

However, this book is not just about Leonard Miller. Sometimes we are swept away by the atrocity and senselessness of acts that are beyond our comprehension. The murder of a police officer is such an act. However, Leonard’s murder was only the final coup de grâce in a weeklong nightmare that took the lives of three other innocent victims, who, but for the happenstance of fate, could have just as easily been reading about these events instead of being involved in them.

In the coming chapters you will meet them all. Marlene Sue Newcomer was a seamstress and mother. Peter Levato was a down-on-his-luck security guard. William Nicholls was a loving son, brother and devoted member of his local church parish. Similar to all of us, they were human beings with human stories. They came from different backgrounds and had different lives. They are all, however, inseparably bound together by one inescapable fact—they encountered Michael Travaglia and John Lesko at the height of their depravity. You will read the facts of their lives as we know them, you will learn of the dreadful fates that befell them and through it all you will ask yourself, why did this happen?

Thanks to the tireless efforts of Sergeant Thomas Tridico (retired) and his fellow troopers of the Pennsylvania State Police, there have been few aspects of this case left open to speculation. The trial testimony of witnesses, the forensic evidence and even the chilling statements of the defendants themselves have answered many of our questions. Some, however, remain.

Investigators, victims’ families and the thousands of residents of the quiet valleys surrounding Pittsburgh search to this day for words to explain what caused two men to snap in such a horrific, violent and unpredictable way. The carnage they left behind still haunts those closest to it.

As we look back at the lives of Michael Travaglia and John Lesko, we will see two men who are in many ways similar yet, in others, wildly different. These are men who, for the most part, led uneventful lives; lives of mediocrity. Individually, they are indistinct and innocuous. However, each found in the other some indefinable and undeniable element that united them in a relentless pursuit of violence and depravity.

Perhaps the nonstop drug and alcohol abuse that punctuated that infamous week destroyed their abilities to think rationally. Perhaps, as some have claimed, John Lesko was defective and his latent homophobic rage boiled over into a murderous rampage. Alternatively, perhaps there is no truly rational reason. After all, some actions seem to defy explanation and refuse to comply with our very human need to neatly compartmentalize everything in our world.

We may never unravel the why. Instead, what follows is a factual account of the events of those eight days.

A project of the scope of
Kill for Thrill
would not have been possible had it not been for the tremendous support that I received from so many people. From the research and investigation stage to the conceptualization stage to the editorial stage, I am indebted to so many people that I cannot possibly repay them for their untiring support. If I were to list everyone whose contributions to this project made it possible, the acknowledgements section would far exceed the length of the entire book. However, there are several people in particular whose close associations with the project have made it far more manageable: