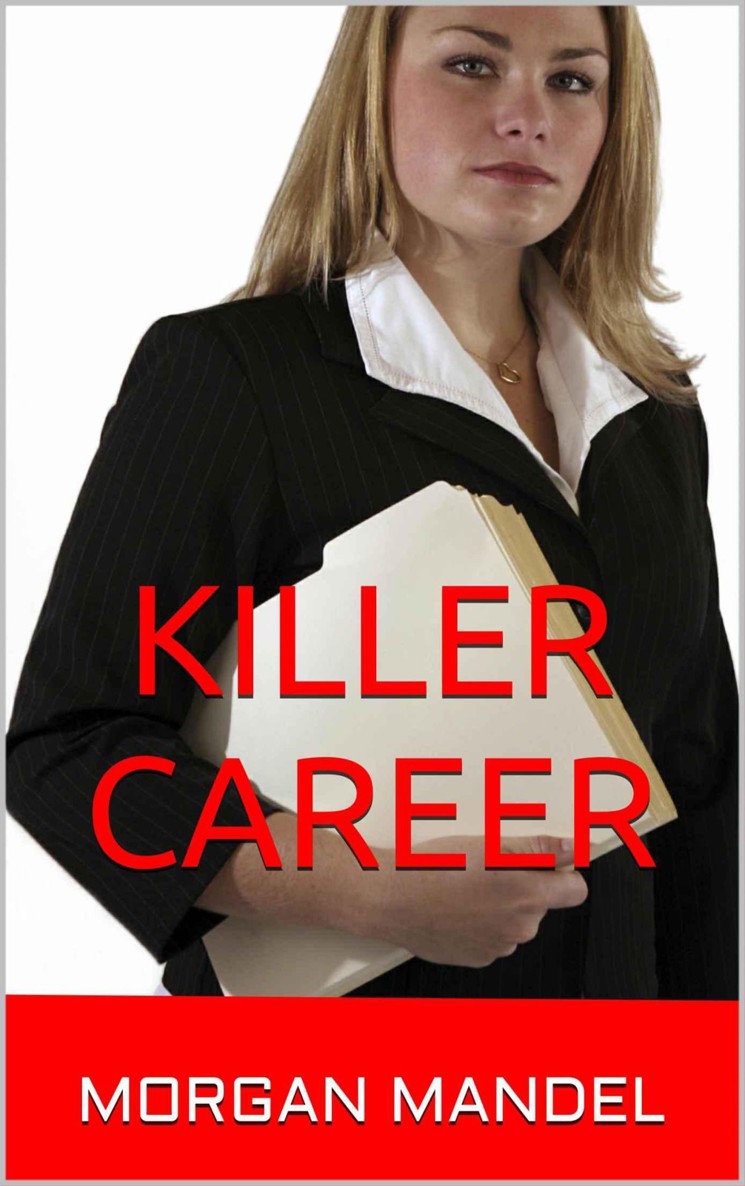 Special
thanks to my husband, Paul, my chief publicist and supporter, who
always remembers to hand out my business cards even when I don’t.
Also, my good friend, Jeanne Rybarczyk, who helped get me started in
the crazy, wonderful business of writing.

I
can’t forget to thank Helen Ginger, my Editor Extraordinaire,
Robert W. Walker, who supplied a great back cover blurb and offered
super editorial and title suggestions, Austin S. Camacho for his
great blurb, Denise Camacho for her guidance in the publishing
process, and Attorney Guy R. Spayth, Jr. for technical assistance.

For
critiques along the way, thanks go out to my fellow Chicago-North RWA
members, with special mention going to Deb Rittle, Margot Justes,
June Sproat, Christina Fixemer, Jennifer Stevenson, Blythe Gifford,
and Mary Micheff for being there for me. I couldn’t have done this
without you. Also, thanks to Alex Matthews and Shirley Kennett, who
offered valuable criticism way back when.

All
characters in this book have no existence outside the imagination of
the author, and have no relation to anyone bearing the same name or
names. These characters are not inspired by any individual known or
unknown to the author. All incidents are invented. All rights
reserved. Contact publisher or author for written permission to
reproduce any parts of this book.

Julie McGuire gazed intently from her table in the
filled-to-capacity dining room of the Wyndham Hotel. The Love To
Murder Mystery Conference had saved the best for last. New York Times
bestselling author, Tyler Jensen, now approached the podium.

His entire bearing commanded attention, from his shoulder length wavy
chestnut hair pushed back behind his ears, to his sexy sideburns and
piercing hazel eyes. She guessed him to be thirty-five, about five
years older than she. Clever, rich, tall, and handsome, Tyler Jensen
looked the embodiment of any woman’s fantasy.

“Many of you have killed,” Tyler said, pointing to his audience
of two hundred plus.

Julie stared. What did he mean?

My God, he knew. She ignored the tinkling sound, as a waitress placed
a carafe of ice water on the table.

Julie stared, transfixed, at Jensen. His every word spoke to her.
She’d taken the easy way out and become a lawyer instead of
following her heart’s desire to be an author. The decision ate at
her. After six years in the practice, she’d saved enough money to
get by. She badly wanted to claim her dream and step forward into the
world he described.

All too soon, he’d finished his speech. “Any questions?”

Julie shot up her hand. Jensen’s knowing hazel eyes fastened on
her, as if assessing her straight blonde hair and tall, slight frame.

On suddenly stiff legs, she rose. “What makes you write mysteries?”

“I have an urge to voyeuristically experience atrocities. I’ve no
idea where the fascination comes from. Perhaps I was a criminal in a
former life,” he said with a self-deprecating laugh.

Julie swallowed. His answer filled her with a vague uneasiness, but
she didn’t know why.

“Yes, uh, thank you.” She straightened her skirt and seated
herself.

Even as she sat gathering her thoughts, she felt the pull of his
charisma. Every word and gesture hinted at a barely contained power,
strong enough to transform the sturdiest dissenter into a willing
robot. His rakish looks dared her to ignore her orderly upbringing.
Inwardly smiling, Julie guesstimated at how many other women in the
massive banquet hall were as enthralled by the man’s knowledgeable
gaze. Did their blood pulse as fast as hers?

The only man who’d ever tweaked her interest to such a degree was
her partner, “Dangerous Dade.” He was the one who’d convinced
her to become a lawyer, saying it was the best way to escape the
poverty of their blighted neighborhood. He was her standard for
comparing other men.

More than one female client had cited Dade as a good catch. Julie had
to admit they were right. It wasn’t only because he was six feet
tall, with wide shoulders and a determined air. Dade also had a
special knack for putting clients at ease with his genuine interest
in their problems, as he competently protected their interests. He
was a sweet guy and would make some lucky woman a great husband.
Unfortunately, it wouldn’t be her. From the start of their
partnership, they’d agreed not to mix business with pleasure, a
decision she sometimes regretted.

Jensen’s charisma proved strong enough to break through her
long-held barriers of comparison. Was it her imagination, or did he
glance at her table more than the others? Was the strange feeling
inside of her obvious or even more absurd, could it be mutual?

For such a levelheaded attorney, she’d certainly flipped. It had to
be technique. Tyler Jensen was an excellent speaker, adept at eye
contact.

“How does writing from a criminal’s point-of-view make you feel,”
a woman at a table across the room asked.

An excellent query. Julie leaned forward to hear the reply. In his
books, Jensen delved at length into the villain’s viewpoint, as if
entering the criminal’s mind. The effect was chilling, but
compelling.

She held her breath for the answer.

Jensen stared at Julie instead of the questioner, as if sensing her
enthrallment. “I am the villain. I completely lose myself. The
animal inside of me rules. I get away with
anything
and
everything.
” A tight smile curved his sensuous lips. “You
know what they say. The forbidden carries allure. Anyway, when my
sanity returns, I’m sated. I’ve undergone a complete catharsis.
There’s no experience like it.”

Julie sat rooted, feeling another trickle of uneasiness. She shared
some of the exact feelings. Despite her best intentions, she was
often drawn to tragedy and the world of the bizarre. Did this morbid
curiosity of hers signal a latent attraction to the dark side?

“Many of your books foretell and even mirror actual events,”
remarked the same woman. “Is that intentional?”

“Anything and everything can spark a story. Read the newspapers.
Watch television. Nothing is new. What counts is the way you handle
it.”

Julie had read enough of Jensen’s books to know his genius lay not
only in his imagination, but also in the artistry with which he wove
unsolved murders into his mystery plots, spiking the reader’s
trepidation. He switched the settings, but Julie knew he garnered
most of his material from happenings in the Chicago area. More often
than not the killers remained at large. Once inside a Tyler Jensen
masterpiece, Julie often felt compelled to check her locks to make
sure they were bolted.

A balding gent at the table next to hers raised his hand. “You go
into so much detail, almost as if presenting recipes for murder and
mayhem. Do you worry that someone might …ah you know…use your
ingredients and commit a real murder?”

Jensen’s eyes turned cold. “My books, though based on reality,
are completely fictitious. I won’t be a babysitter for lunatics who
can’t decipher reality from fiction. People who look for reasons to
kill will find them. They don’t need books or recipes.”

A shiver raced down Julie’s spine. There were way too many crazies
out there. Thank goodness, she didn’t deal with criminal law. That
would be asking for trouble.

“But why go out of your way to encourage someone who’s dangling
on the precipice?” Julie blurted aloud as she wondered if her own
fiction could create a real-life monster.

Jensen stared straight into her eyes.

“Goldilocks, you are an innocent. The big bad bears do evil by
choice. Just write what you want. Neither you, I, nor anyone else,
will make a whit of difference.”

What a condescending snob. The heat rose to her face. Anger propelled
her from her chair. “Get this straight. I’m not a brainless idiot
because of my hair color. Also, I’m not a so-called innocent
because I happen to have a conscience. It’s better to have one than
none at all.”

She flounced back down. A hush fell over the room. She’d dared to
talk back to the Great One.

Jensen stood frozen. A fleeting expression crossed his face, as if he
were groping with a problem. The silence lengthened.

He shifted and seemed to come to. With a sigh, he flashed an
apologetic smile.

“Forgive me. My flippant remark about the lovely color of your hair
was out of line. Also, may I congratulate you for owning a
conscience. Just don’t overuse it or you’ll never make it as a
writer.”

At his jest, a few twitters escaped from the crowd.

Julie nodded her acceptance. At least he’d offered an apology of
sorts. She’d not belabor the point.

Also, he’d cleared up a troubling matter. Acknowledging the
presence of evil did not create it. Writing provided a safe foray
into the forbidden.

Others in the audience queried Jensen. Each question and answer
stoked Julie’s energy. Ideas buzzed through her mind, making her
wish she were sitting at her computer saving them before they
escaped.

Before long, applause broke out to signal the end of the
question-and-answer period. Jensen’s appearance had made the
conference.

Strangely enough, instead of taking his departure, Jensen conferred
with the slight, silver-haired moderator. She shot him a surprised
look and nodded before stepping back onto the podium. About to stand
up, Julie stopped midway.

The woman smiled widely. “Well, fellow mystery enthusiasts, we’ve
just been awarded an outstanding coup. For a nominal fee of one
hundred dollars, ten randomly selected entrants will be chosen to
participate in a suspense workshop conducted by none other than the
wonderful wordsmith, Tyler Jensen, whom you’ve just heard. Sign-up
material will be available in the lobby. Good luck to all of you. Oh,
and don’t forget, immediately afterwards, Tyler Jensen will
autograph his new book,
Hopeless
.
”

A workshop with Jensen! Julie couldn’t believe it. Agreeing to be
a guest speaker at a conference was one thing, but stooping to teach
a workshop was extremely generous for a star of Jensen’s magnitude.
He must have loads of engagements, not to mention tons of money. His
advance for
Hopeless
was rumored at two million.

Should she enroll? Julie didn’t wait to answer her question, but
charged down the aisle to the lobby. She’d sacrificed her dreams on
the altar of practicality for too long. Her love for the craft had
laid dormant, waiting for the right moment to emerge. This was it.

The registration line was already long, but she’d wait. With much
to learn, she would not pass up the opportunity of delving beneath
the layers. She crept up to the front where she glimpsed Tyler Jensen
seated behind a long rectangular table. Beside him, taking down
applications on letter-sized paper, sat a sultry brunette, with hair
flowing, lips gleaming and breasts straining against a crimson knit
sweater.

The woman leaned close to Jensen, brushing her breast against his
arm. Was she an employee or something more? Perhaps the mystery
writer had a stable of writing groupies. Before Julie could control
it, an illicit thrill shot through her.

Ignoring the provocative scene playing out in her mind, Julie stepped
closer until she stood before Jensen. He straightened in his chair.
His eyes bore into hers. Tiny goose bumps swept up and down her legs.
Though she’d shaved them, the absent hairs seemed to stand on end.

“Your telephone number, your credit card,” asked the bored, husky
voice of the red-sweatered siren.

The spell broken, Julie recited her phone number then reached into
her purse. Her fingers felt clumsy as she plucked the card from her
wallet. The plastic dropped face up on the table. Jensen took a quick
look.