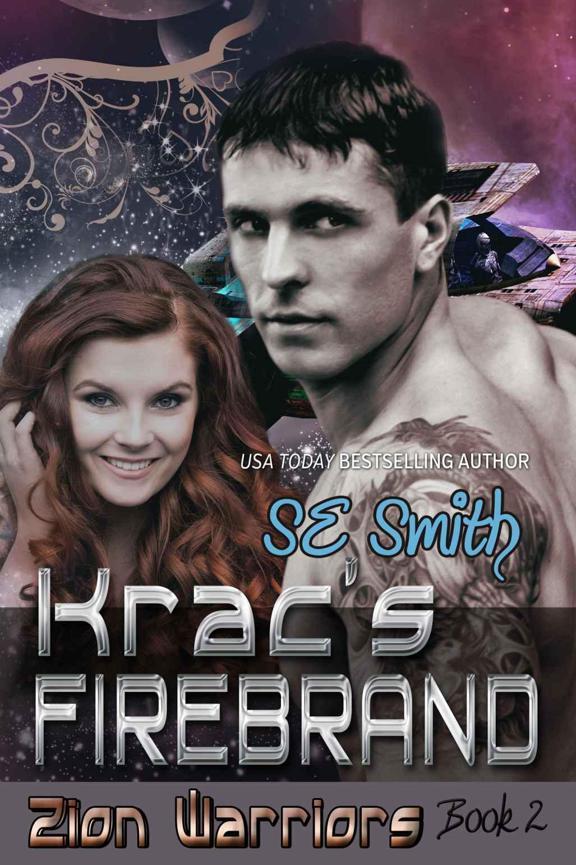 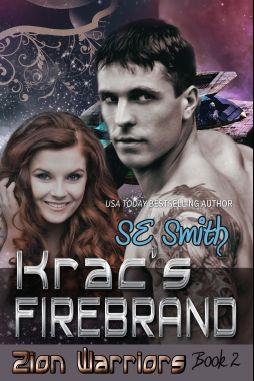 I would like to thank my husband Steve for believing in me and being proud enough of me to give me the courage to follow my dream. I would also like to give a special thank you to my sister and best friend Linda, who not only encouraged me to write but who also read the manuscript. Also to my other friends who believe in me: Julie, Jackie, Lisa, Sally, Elizabeth (Beth) and Narelle. The girls that keep me going!

ALL RIGHTS RESERVED: This literary work may not be reproduced or transmitted in any form or by any means, including electronic or photographic reproduction, in whole or in part, without express written permission from the author.

All characters, places, and events in this book are fictitious or have been used fictitiously and are not to be construed as real. Any resemblance to actual persons living or dead, actual events, locales, or organizations are strictly coincidental.

Section K Replication Alluthan Clone, or Krac as he was now called, had one focus in his life; protecting the descendants of the Freedom Five who ruled Earth’s council. Rescued by members of the family from a secret facility, he pledged to do what he could to always keep them safe. Things become personal when insurgents target a special member of the Freedom Five, Gracie Jones-Jefe and her family. When Violet Jefe is kidnapped, he swears to do everything he can to bring the precocious little girl, who is the image of her mother, home safely and kill those who took her without mercy.

Captain “Skeeter” Lulu Belle Mann lives a life of freedom drifting from Spaceport to Spaceport in her short haul freighter looking for unusual treasures to add to her collection of mismatched prizes. On the Pyrus Space Station, she finds two treasures she has to have! One is the new navigation module she desperately needs and the other is a curly haired little girl with big green eyes that melts her heart. Never one to be denied what she really wants, Skeeter buys the first and steals the second.

When sources lead Krac to the
Lulu Belle
, he finds more than he expects - a woman who fires his blood almost as much as she draws it. Krac’s hands and life are suddenly full to overflowing. He has to capture the woman who is driving him crazy, protect little Violet, and keep them all alive long enough to deliver one home and the other to his bed.

There is more than Violet in danger, though. Someone has targeted Skeeter and the
Lulu Belle
and they are just as deadly as Krac. Can he protect the feisty firebrand that has captured his heart or will he lose the only thing he has ever cared about to another of his kind?

Only a sliver of the moon shone, casting a faint light in the early morning hours. It gave the assassins who moved in the shadows an extra advantage, not that they needed it. They were here on a mission and before the night was over a large number of people would be dead if they had their way.

That had been an argument the two men moving through the isolated encampment had earlier before deciding it was the only way to deter another attack on those they were trying to protect. While one wanted to get in and get out, the other wanted to send a clear message before he left. No one messed with the descendants of the Freedom Five and lived, no one.

The guard never saw the two menacing figures that moved in the darkness behind him. One shadow separated from the other. A moment later, the guard dropped to the floor, dead. In the blink of an eye, the shadow had disappeared again.

The focus of their mission was close, both could feel it. They were there to retrieve a member of the ruling family of Earth that had been kidnapped. Anastasia Miller was the direct descendent of Chance and Violet Miller.

Chance had been one of the original members of the Freedom Five, a rebel group that had fought against the Alluthans, an alien race that used up the resources of a world before moving on. His wife, Violet, had been the sister of Gracie Jones, the lone female of the group. Gracie had given up everything she knew in order to save Earth from the aliens who had captured her family and sent her into hiding. She had broken the computer language of the Alluthans. In the end, she sacrificed herself to save the Earth. That sacrifice earned her the title of being the Mother of Freedom back on Earth.

Gracie had used one of the Alluthan’s own supply ships to travel to the Alluthan Mothership where she uploaded a virus she had programmed. The virus disabled the shields protecting the alien invaders and shut down the links to their power and communications systems around the globe.

With the shields, power and communications destroyed, the remaining rebel forces on Earth attacked with everything they had, defeating the suddenly defenseless Alluthan armies. Gracie had also programmed the Mothership to self-destruct. Everything was going according to plan until the Mothership turned toward the Earth, following Gracie as she desperately tried to return home.

Gracie realized that an impact by an object as large as the Mothership could destroy the Earth. Understanding there was no other way, she turned the supply ship in a desperate attempt to lead the Mothership away before it exploded. What she had not expected, or known until three years later, was that the explosion during the transition into hyperspace had not only destroyed the Mothership, it had thrown her over eight hundred years into the future. She was rescued by Grand Admiral Kordon Jefe’s warship, the
Conqueror
, when signals from the damaged supply ship matched those of an unknown species that was attacking the outer colonies of the Confederation. Kordon had been tasked with finding the cause and eliminating it. Instead, he had found Gracie.

After the war, researchers spent centuries studying the aliens that had invaded their world. They eventually discovered the Alluthans could not naturally reproduce. Instead, they used a cloning system with organic material covering a rare metal skeletal system that flexed and grew depending on the information it was given. Implants were inserted into the brains of the young that developed. Each were linked and controlled through nanotechnology.

The Alluthans had captured humans and experimented on them as a desperate attempt to replace the organic material that made up their outer body. Additional findings suggested they were also experimenting with human tissue as a means for cloning additional Alluthans as their own DNA was corrupted. It was later learned that a few human researchers continued the experiments despite it being illegal to use the few Alluthans that had been captured and neutralized before they could terminate themselves.

Now, there was a new threat to Earth, this time from within. A small group of reformists, led by an unknown leader, was trying to take control of Earth by controlling or destroying the descendants of the Freedom Five who made up the majority of the council that governed the Earth.

What those who threatened them did not know was that the descendants had a very powerful and deadly adversary on their side. An adversary who would do anything to keep them safe. An adversary that was made from the monsters of their past.

Section K Replication Alluthan Clone, or Krac as he was now called, slipped back into the shadows. He paused for a brief second so he could connect with the electronic console that operated the doors. Laying his hand on the panel, he focused as he connected to the computer systems inside the encampment. Within seconds, he had taken control of it and located the information they needed.

“I found her,” Krac murmured to his companion. “She is being held two floors down, last room on the left.”

“You know you freak me out whenever you do that, don’t you?” The other male replied under his breath. “I don’t think I’ll ever get used to it.”

Krac ignored the softly spoken remark. “There are eight guards between here and there. Four on the first floor. One by the doors, two in a small room to the left and one at the other end leading to the second floor. There are four additional men on the same floor as Anastasia. One at the foot of the stairs and two standing outside the room where she is being held. There is one male in the room with her. You take out the one at the foot of the stairs. I will dispense with the two by the door. When I unlock the door to her cell, I will take out the male while you release her. According to the information I have downloaded, we have less than eight minutes before additional forces arrive,” Krac said calmly.

“Shit! We better get moving. Just don’t fuck this up,” Rorrak Jefe muttered harshly. “We need the female alive. She holds the vote that can change the rest of the Earth councils’ minds. If she dies, the descendants of the Freedom Five will lose their majority on the council.”

“She will not die,” Krac responded emotionlessly. “Follow me.”

Rorrak bit back a curse. He knew the huge gray bastard would do everything in his power to save Anastasia Miller. She had been the one to save Krac in the first place. Rorrak hadn’t had the pleasure of meeting this particular council member yet, but he had heard stories of the ‘steely bitch’ that was known to cut through the long list of bureaucracy to get what she wanted done.

Rorrak knew very little about Krac’s relationship with the council other than he was a deadly adversary when any of them were threatened. He had crossed paths with him on occasion over the past several years. Both of them had worked undercover to solve the disappearance of shipments of weapons, research scientists, and most recently, the systematic attacks on the Earth’s council.

He knew Krac was only partially human, had been developed in a secret lab and that he owed his life to Anastasia Miller. One thing he did know for sure about the hybrid clone was that he was deadly in any situation. Right now, Rorrak was thankful for that as it would have been impossible to get the councilwoman out alive otherwise.

He paused at the top of the stairway leading down, waiting for the signal from Krac. He nodded once when Krac glanced at him. A shiver of apprehension went down his spine when he saw the two curved blades in the other man’s hands.

Because of You by Rashelle Workman
The House of Seven Fountains by Anne Weale
Repeat Offender (Hideaway) by Scott, Elyse
The Bride Wore Black Leather by Simon R. Green
Highland Storms by Christina Courtenay
Sex and Bacon by Sarah Katherine Lewis
Foreigners by Caryl Phillips
Along for the Ride by Laska, Ruby
The Cinderella Arrangement by Vanessa Waltz
Breakout by Richard Stark
Our partner