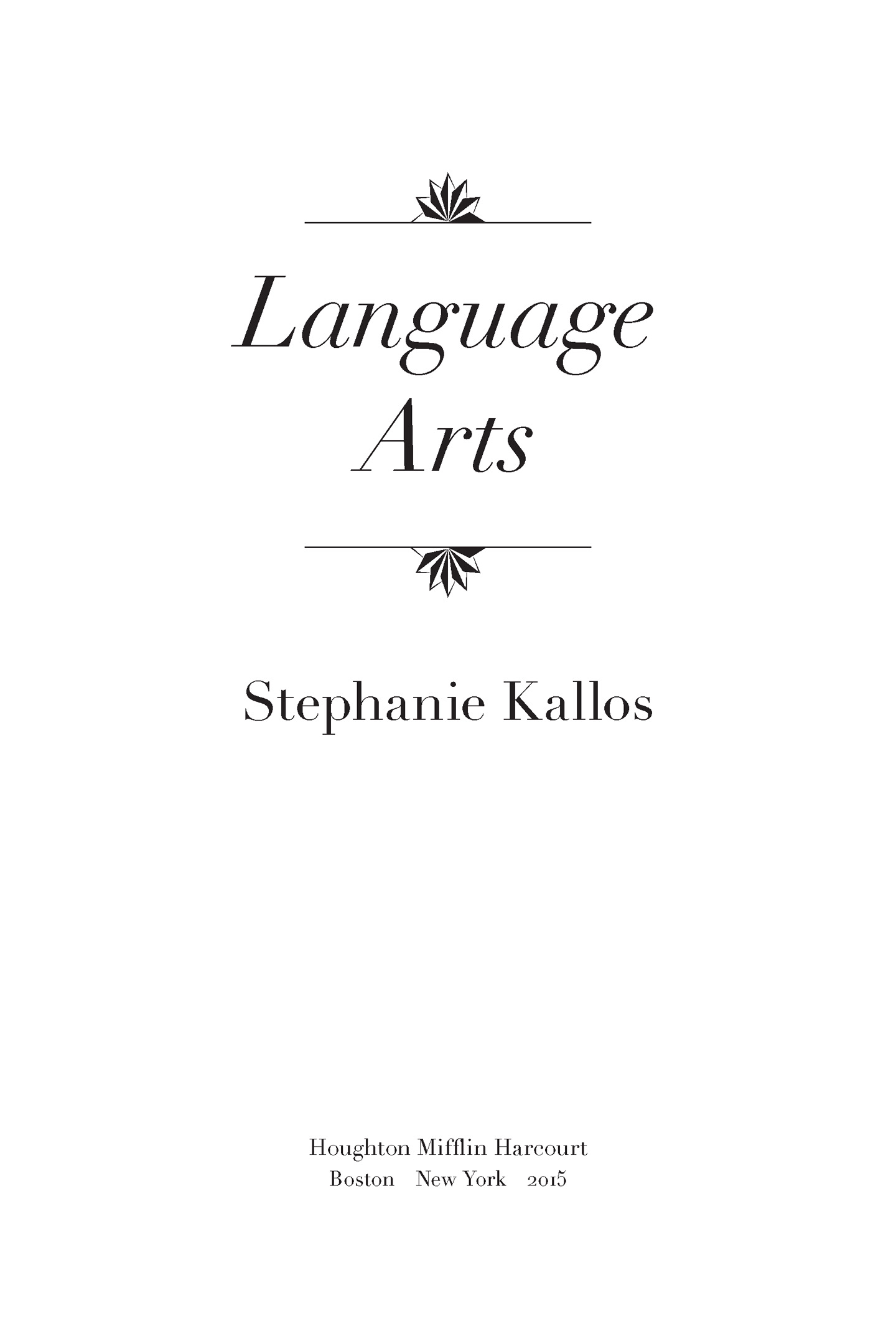 Pointing at the Moon

The Boy in the White Suit

Where Are They Now?

The Art of Ukemi

We Now Conclude Our Broadcast Day

Personal Reflections on the Value of Penmanship as a Biographical Tool

You're Carrying Some Slight Magic

Are You My Father?

Truth has nothing to do with words. Truth can be likened to the bright moon in the sky. Words, in this case, can be likened to a finger. The finger can point to the moon's location. However, the finger is not the moon. To see the moon, it is necessary to gaze beyond the finger, right?

You may in fact be wondering what I even mean when I use the word “prayer” .Â .Â . Let's say it is communication from one's heart to God. Or if that is too triggering or ludicrous a concept for you, to the Good, the force that is beyond our comprehension but that in our pain or supplication or relief we don't need to define or have proof of or any established contact with .Â .Â . Nothing could matter less than what we call this force .Â .Â . I called God Phil for a long time .Â .Â . Phil is a great name for God.

Love, and be silent .Â .Â . I am sure my love's more richer than my tongue.

Pointing at the Moon

When my brother Cody was about two years old (and for reasons our baffled parents were never able to fathom), the word
God
entered his vocabulary.

Where could he have heard it? Certainly not at home.

Early one weekend morning, my mother and father were awakened by the surprising sound of Cody's clear, piping voice repeatedly proclaiming
Hello, God!
from behind his closed bedroom door.

Coming into Cody's room, my parents found him standing in an erect, commanding attitudeâhis hands positioned a couple of feet apart, grasping the crib rail, his stance wide, his face rascallyâaddressing a spot on the wall above his window. The overall effect was of a pintsize politician delivering an especially entertaining whistle-stop speech while being buffeted by a bracing wind.

Hello Mama hello Daddy hello God HELLO!
Cody proclaimed with great largess, as if to a crowd of cheering constituents whose votes had already been won.

For the next few weeks, this set of behaviors became a morning ritual. Cody's consistently presidential manner of greeting the day inspired my parents to start calling him Mr. POTUS.
This in turn provided my brother with a game that very young children love: the opportunity to catch adults in a mistake.

Who?
Who
did you say you are?

When it came to improvisations like this, my mother was game enough, but reserved; extemporized hilarity has never been her strong suit.

My father, however, thanks to the advent of parenthood, had discovered a previously unexpressed thespian alter egoâ

âa kind of nineteenth-century burlesque funnyman that he trotted out at every opportunity for my brother's entertainment and delight.

COH-Dee! COH-Dee!
my father would emote, mock horrified, feigning news of some biblical-size calamity, smiting his forehead and falling to his knees.
How could I have forgotten? Can you ever forgive me?

Likewise, at bedtime, whenever my father read that lengthy, comforting litany of farewells from one of our favorite childhood books,
Goodnight Moon,
Cody chimed in:

Sometimes, long after my parents assumed Cody had fallen asleep, they would hear his small voice wishing God a good night.

What do you make of it?
my mother asked.

It's probably what we deserve,
my father joked.

We?
my mother countered, archly. You're
the atheist. I'm still on the fence.

A few months later, the symptoms of Cody's illness began to emerge; among the most obvious of those symptoms was regressed speech.

Language left him gradually, a bit at a time. One would expect words to depart predictably, in reverse orderâthe way a row of knitting disappears, stitch by stitch, when the strand of working yarn is tugged off the needleâbut that was not the case.

Eventually, though, all of his words abandoned him.

God
was the last holdout; at least, that was the word my parents assumed Cody was trying to say when he'd let loose with a long, agonized
Gaaaaah!
at the usual times: first thing in the morning and again at day's end.

He began applying that amorphous sound to everyone and everything: rice cakes, peas, string cheese, sippy cups; shoes and hats and coats and mittens; Thomas the Tank Engine; Babar the King; his pull-toy pony and plush orca whale; his library of board books; wooden puzzles; foam blocks; eyes, ears, nose, mouth .Â .Â .

It was
Gaaaah!
as wellânot
sister
or
Emmy
(two words my brother never acquired)âthat was his name for me.

Grief fills the room up of my absent child,

Lies in his bed, walks up and down with me,

Puts on his pretty looks, repeats his words,

Remembers me of all his gracious parts,

Stuffs out his vacant garments with his form.

âWilliam Shakespeare,
The Life and Death of King John

It was such a small news itemâa few hundred words in the Around the Northwest sectionâthat even a scrupulous reader like Charles might have missed it altogether if the headline hadn't included the name of the school he'd attended from kindergarten through fourth grade, a name so charmingly archaic that it could easily figure into a work of nineteenth-century literature:

Up to the moment he noticed the headline, Charles had been happily settled at his favorite cafÃ© table, wedged into a windowless corner beside a big-leafed philodendron that was in such dire need of transplantation that its roots, black and thick as cables, had begun to extrude from the potting soil; nevertheless, the plant seemed to be thriving. Situated thus, he enjoyed a camouflaged obscurity, a public solitude.

Cloud City CafÃ© was a bustling establishment within walking distance of Charles's house. It was where he spent every Monday through Friday morning (except holidays) from six o'clock until seven fifteenâeven when school wasn't in session, as was the case on this day, a Wednesday in mid-July.

As it happened, it was also his daughter Emmy's birthday.

He had just finished his regular breakfastâblack coffee, a pair of poached eggs (one whole, one white), unsweetened oatmealâand gotten his cup refilled. He'd been making his way through the
Seattle Times
at perhaps a slightly more leisurely pace than usual.

During the summer months, Charles adhered to his workday routines as much as possible, refusing to drift into the never-never land of exotic locales and amorphous time as did many of his teaching colleagues: sleeping in, socializing on weeknights at trendy downtown bistros, taking spontaneous trips to the beach or the mountains, attending midday street fairs and festivals, going to movie matinees; in short, letting themselves
go
completely, making it that much harder for them to get back into the swing of things come September. Charles pitied them, really. How could they reliably forget on an annual basis that the disciplines of day-to-day living, so hard won, are so easily unraveled?

Nellie Goodhue is the sixth and last of the school district's major surplus properties to be sold.

It startled him, seeing the name of his alma mater in print after all these yearsâup for sale and slated for demolition?

Charles checked his watch. He imagined that, back home, Emmy would be awake by now and getting ready to go to one of her jobs: she had a part-time internship at the Gates Foundation; twenty-five hours a week, she managed the neighborhood video store where she and Charles had been renting movies since she was two; and she was a frequent volunteer at Children's Hospital, giving swim lessons and leading games in the hospital's therapy pool. Not surprisingly, her social life was limited (her best friend was her brother), and at her request, the birthday celebration was to be low-key, family only.

After laying the newspaper aside, Charles refolded his napkin and began consolidating the tabletop clutterâactions he habitually undertook after he'd finished reading the paper and was about to walk out the door but that today for some reason he felt impelled to expedite.

The Cross Timbers by Edward Everett Dale
The Cosmic Landscape by Leonard Susskind
Thyme of Death by Susan Wittig Albert
Perfect Getaway by Franklin W. Dixon
The Cardiff Book of Days by Mike Hall
The Highlander's Servant: Book One of the Highlander Possession Series by Savannah Vining
Truth and Consequences by Alison Lurie
Without Warning by David Rosenfelt
Roxy’s Story by V.C. Andrews
Daddy's Girl by Poison Pixie Publishing
Our partner