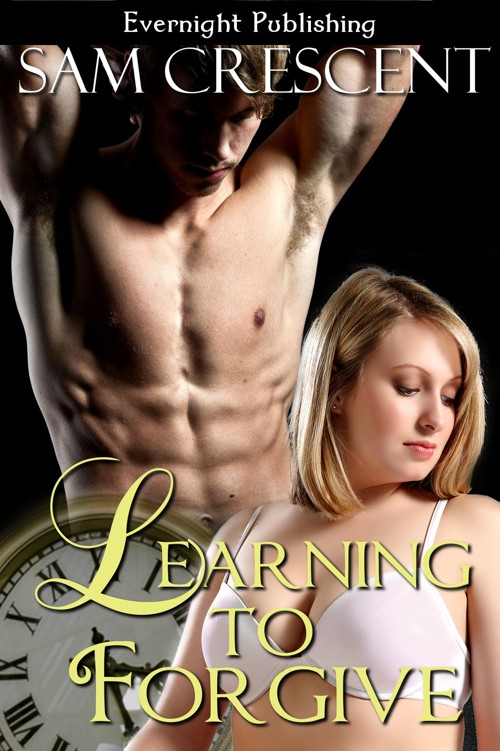 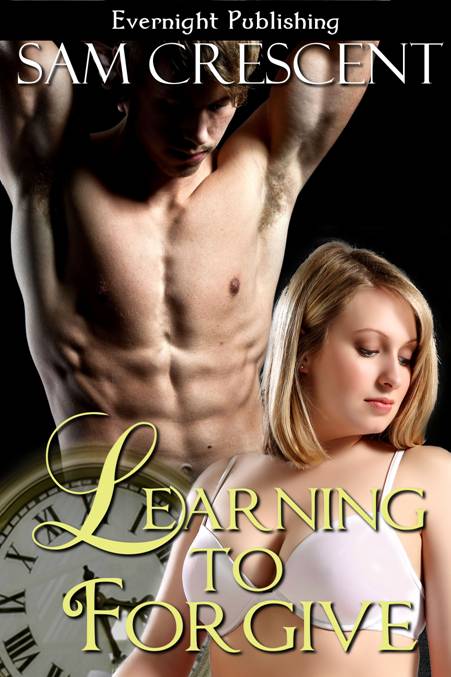 Molly glanced over at David’s three children. Blaze, Christopher, and
little Trent Sinclair were so adorable. She loved each and every one of them.
Even if their father refused to show them an ounce of love or compassion, they
were her whole world. At twenty-five years old she never thought in her whole
life that she’d be wishing to have a family. These three boys made her want so
much more. David Sinclair was ten years her senior, but the way she felt about
him was as if the age gap didn’t exist. Not that David would ever see her. He
looked through her most of the time. She always felt invisible around him. No
one would ever replace his wife.

Admittedly, her fuller curves were nothing like his first wife. His
first wife had been thin, slender, and beautiful. In comparison, Molly was much
bigger, with large breasts and huge hips. No matter how many times she went on
a diet, there was no dropping the pounds she’d gained since she’d left school.
After a time, she’d given up the diets and decided to eat what she liked. She
wanted to be happy with herself and her life.

Shaking her head, she walked into the kitchen and poured herself a cup
of hot chocolate. She didn’t know where David was. The boys’ father spent most
of his free time at work. She’d been employed for five months so far. It had
been the best five months of her life. How pathetic did that make her? She
loved looking after three boys and taking care of a house for a man who didn’t
even notice her.

Blaze and Christopher didn’t seem to mind her. They never treated her
nastily. Their attitude was mainly indifferent toward her. Trent was different.
He always ran to her when he saw her. At school she’d heard him telling his
friends that she was his real mom.

It broke her heart. Trent was so young but seemed to know so much pain
in his sweet little heart.

A lot of shouting broke through her contemplation. She heard the harsh
sound of David’s voice as he shouted. Molly put down her cup and rushed into
the sitting room. David held Trent by his bed-time shirt. She couldn’t make out
much of the words he spoke. The foul tone was all she needed to hear.

Without thinking, she pushed past Blaze and Christopher sending the
older boys to their room. Molly pulled Trent out of David’s grip. She slapped
the older man’s hand away, shooting him a glare. David gave her all of his
attention. She stared at him, seeing the pain and knowing there was nothing she
could do to make it go away.

“Back off. He’s ten years old, David. Cool it off. I can smell the
stench of scotch on your breath. Go in the kitchen and pour yourself some
coffee or something non-alcoholic.”

“Don’t tell me what to do.” David took a step closer. Molly pushed Trent
behind her and took the step up to him.

“I swear, David Sinclair, if you don’t back off, I’ll show you what for.
I’m not against taking you out. I should also remind you, I’m not from the best
part of town. I will bite and claw at you.”

He stared at her for several seconds, threw his hands up in the air,
then
moved toward the kitchen. Her heart was racing from his
anger. She hated confrontation, and yet, she would have taken him down. David
would never have hurt her, though. He’d clearly been drinking and needed to
know when to back off.

The sound of sobs brought her out of her own thoughts. Trent was crying
behind her.

“Sweetheart,” she said in a soothing voice. Molly took his hand, walking
up to his room. He hugged her close.

She tucked him in bed and spoke to him with love before making her way
down to David.

He’d moved into his study. She closed the door behind her. All three
boys were asleep; she’d checked on them. Trent had been falling as she tucked
him into bed.

The scent of coffee was more appealing than the stench alcohol she’d
smelled on his breath moments ago.

“You shouldn’t have gotten in the way,” David said. He was facing the
fire that was blazing in the hearth. Even from behind he looked amazing. His
normally short brown hair had grown to his neck. His shoulders were a thick set
from lifting weights. She’d seen the subscription for a gym, and she knew he
visited the place at least three times a week. Molly loved his hands the most.
She’d listened to him play the piano and watched the videos where he’d built a
tree house with his kids. David might be a businessman who worked behind a
desk, but he also loved building things with his hands.

She went to bed every night imagining what those hands would feel like
on her body, the rough edges grazing her breasts as he nibbled her neck. Molly
cut the thought off. She didn’t want to continue thinking about her and David.
They would never happen, no matter how much she wished it.

David turned to face her. His dark brown eyes sent accusing glares her
way. “I would never hurt my boy.”

“You were tugging at his shirt, David. You were scaring him.”

“You’re paid to take care of my home, not to tell me how to discipline
my child.”

“How dare you! Trent does not need your firm hand. He needs your love.”
The man before her snorted at her words, and the sound made her angry. She
marched over to him and slapped him around the face. “Don’t you dare, David
Sinclair.
You may control your business with an iron fist,
but when it comes to children, you need to learn so much more.” Her voice had
risen with each word she spoke.

He caught her hand as she went to hit him once more. The anger inside
her burned to a fever pitch. It was like
a blackness
had filled her, leaving a bitter taste in her mouth.

She saw the threat in his voice. Her pulse pounded against her neck as
he pulled her in close. She felt the heat of his body radiating from him. The
glint in his brown eyes startled her. David wasn’t angry. She didn’t understand
the change in him. “You’re like a little wild-cat taking care of her young,” he
said.

“I
will not let you hurt those boys.”

“They’re
not your boys. They will never be your boys.”

His
words stung. She gasped as tears filled her eyes. David reached over with his
other hand, running a thumb along her bottom lip.
“Such fire
and passion.”
He leaned down, brushing his lips across hers.
“Such love.”

Molly
gasped as his lips claimed her own. At first she stayed still, unable to
respond. When his tongue peeked out and slid along her lips, she moaned and
opened her lips for him.

His
grip tightened on her hand as he pulled her close. She wrapped her arms around
his waist, whimpering as he nipped playfully at her lips. Nothing she did could
rid the intense need that had arisen inside her. It was consuming, immense, and
refused to go away.

The
dress she wore was torn from her body as David tugged at the fabric. She cried
out only to have her lips kissed once again. He didn’t give her time to think,
only to feel what his own need was doing to her.

David
knew he should stop. For the last five months this tempting, sweet woman had
been in his home, and he’d spent the whole time lusting after her. From her
large tits to her small waist, she was completely different from his first
wife, Isabella. He’d spent many nights bringing
himself
to orgasm imagining his hands all over her body. He was desperate for her. His
lustful thoughts hadn’t diminished once. In fact, the more he saw her, the
stronger his feelings were.

His
feelings terrified him. Isabella had once been his whole world. Toward the end,
before she was pregnant with Trent, she’d begun to turn into a bitter woman.
She hated getting old and had spent a great deal of money on plastic surgery to
bring back her youth. At thirty-five, she’d looked perfect to him.

Cutting
off all thoughts of his deceased wife, he cupped Molly’s large breasts in his
hands. They were as full as he imagined. The weight of her comforted him. No
matter what he did, she’d be able to take him.

He
didn’t speak as he tore the shirt from his body. Within seconds he took her
down to the carpet in front of the blazing fire. David pressed himself against
her feeling each of her rounded curves. He knew he could get used to the feel
of her, to the beauty of her green eyes as she stared up at him.
Everything about her screamed sweetness.
He wanted to taste
her sweetness and keep a piece of her with him at all times.