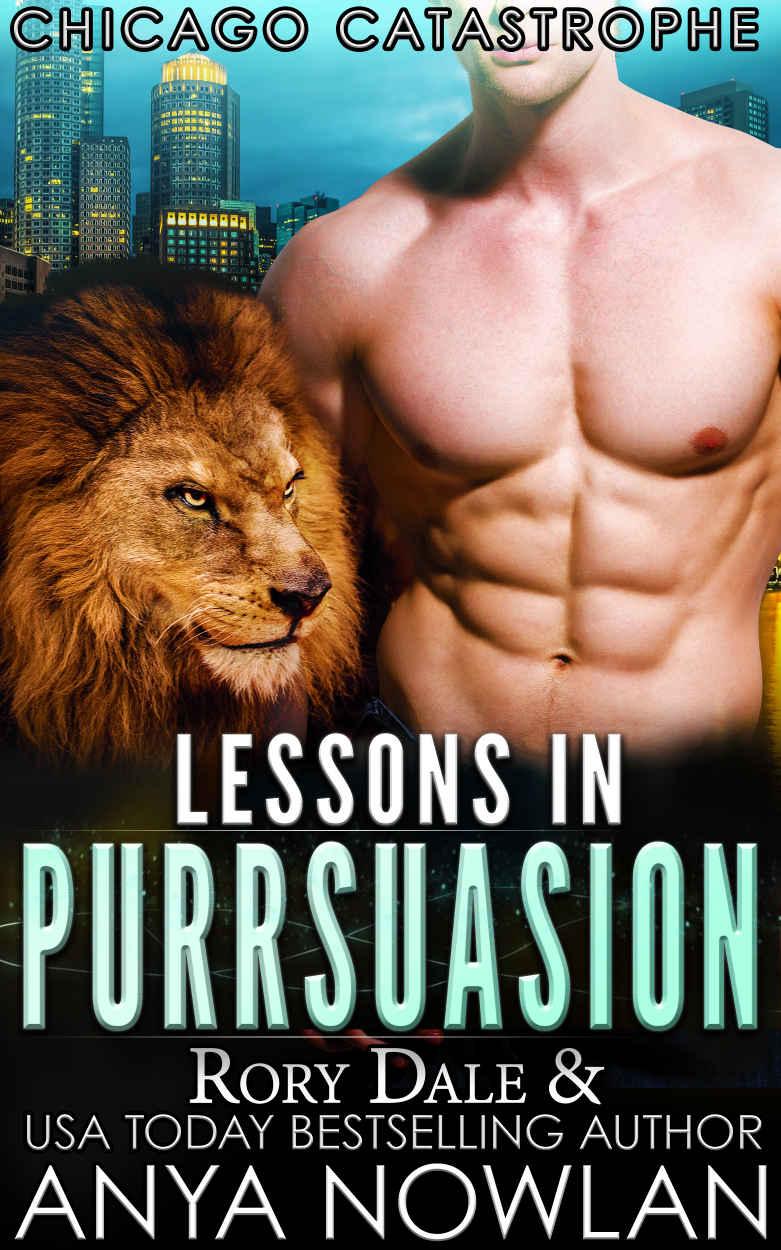 Thank You for Reading!

H
e pulled
her into a car waiting at the curb, keys already in the ignition. They peeled out of there before Selina could even reach for her seatbelt, tires screeching. Selina could hear shouting from behind them as Tom rushed out of the building, followed by a couple of the guards.

Apparently they didn’t want to cause more of a scene than they already had, because they settled on ‘only’ shooting at them a couple of times.

Selina turned to stare at the man beside her. Kevin’s eyes were focused on the road, knuckles white on the steering wheel. He was still wearing the blue and white shirt, but it was now splattered with red. There were some scratches on his tan arms, but he looked otherwise unharmed.

He had thick, inky hair, shorter on the sides and shooting upwards at the top. High cheekbones gave way to a square, clean-shaven jaw. When he glanced at her, she could see his eyes were a mesmerizing pale green. She hadn’t been able to tell the color before from across the room.

There was something familiar about him, she realized now, but she couldn’t quite put her finger on it.

“Are you alright?” he asked with a surprisingly gentle voice.

“Depends how you define ‘alright’. Who are you? I’m guessing you’re not ‘Kevin the caterer’?” Selina asked, a thousand different questions running through her head.

“My name is Stone Calloway and I’m a friend of your brother’s,” he said, pulling a silk scarf from his pants pocket and dropping it in her lap.

No part of this work may be used, reproduced, transmitted in any form or by any means by anyone but the purchaser for their own personal use. This book may not be reproduced in any form without the express written permission of
Anya Nowlan
and
Rory Dale
. Any reproduction or other unauthorized use of the material is prohibited without the express written permission of the author.

You can find all of the books here:

A
shiver ran
down Selina’s spine as she got out of her car.

The distance from the parking lot to her apartment had never seemed as long as it did tonight. The sun had already set and the dingy streetlights were of little help against the growing dusk. Every shadow looked like it was hiding something.

Selina wasn’t usually this jumpy, but recent events had given her cause to be on-guard.

Calm down. It’s nothing. You’re being paranoid.

The smell of freshly baked bread still clung to her hair and clothes as she rushed towards the apartment building, keys and phone clutched in her hands. Her eyes were roaming the darkness around her wildly, but it was her ears that got the first hint that something was up.

A low rumble started in the air around her, slowly moving closer, as if she was in the middle of a net being pulled tighter and tighter. Panic rose in her throat and she stumbled to move faster, her legs beginning to shake.

Selina pulled up her phone, tapping in 9, 1… But she was almost at her door. Wouldn’t it be wiser to get inside first? She broke out into a run for those last few steps, keychain jingling, fingers already looking for the right key.

Hot breath from behind her made the hairs on Selina’s neck rise on end. Even before the thought to scream formed in her head, a rough hand clamped down on her mouth while an arm around her dragged her away from the door. Her sneakers scuffed on the floor as she struggled, a frantic hum erupting in her throat, but it was all too silent. No one would hear.

In her peripheral vision she could see two more men flanking her, broad-shouldered and menacing. One of them grabbed her legs and she managed to land a nice kick to his torso. The other guy got in her face, eyes going from a nondescript hazel to a glowing yellow. She gasped, her phone and keys clattering to the ground.

If Selina had any doubts about who these guys were or what they wanted, they were gone now.

“You want to keep struggling or you want your family to live?” the man whispered into her ear with a snarl.

Selina stilled at once. She knew it wasn’t an empty threat.

If only looks could kill
, she thought, staring daggers at the man as he pulled away with a victorious sneer.

“That’s a good girl,” the man said, gesturing for the guy who was holding her legs to let go.

The three of them guided her toward a sleek-looking BMW. Her wrists were zip-tied before she was shoved in the backseat. Two of the guys got in beside her on either side while the man who made the threat drove.

This is what you get when you stand up for yourself in Chicago,
Selina thought grimly, the initial panic beginning to subside.

She made herself as small as possible, loath to have her body touch the men seated next to her. In their favor, the men were silent, no more threats or taunts.

Why would they bother? They’re going to kill me anyway,
a cold voice came from inside her.

Immediately, she knew it to be true. She would set a great example of what happened to those that disobeyed. As the car wound around deserted roads leading outside of the city, her stomach started to churn.

The driver’s phone rang with a cheery dance tune which Selina found totally inappropriate for the situation.

Way to ruin the mood of this very professional and intimidating kidnapping,
she thought with a scoff.

“Yes, we’re almost there,” the driver said after picking up the call.

It wasn’t long until they arrived at a small clearing. In the middle was what looked like a construction site with old containers set up as shelters. The light was on in one of them and its door opened as the car came to a stop.

The men forced her out of the vehicle. Her white sneakers sunk into the deep, soft mud almost immediately and she struggled to walk, getting sucked into the muck with each step.

“Parker,” one of her captors nodded as the man from the shelter walked up.

Parker was a tall and muscular man with an angular face and a slightly hooked nose. His light hair was meticulously slicked back and a small scar ran down his right cheek. He was dressed in black slacks and a matching black button-up.

Like he’s at a funeral, not at a murder.

The way the other men regarded him, Selina gathered he was the one in charge.

Parker took a long look at her, from the top of her head to the tips of her toes. Selina squared her shoulders and did her best to look tough and unafraid. If they wanted to hear begging and sniveling, they had kidnapped the wrong girl. She resisted the urge to squirm under Parker’s unfaltering gaze, staring him straight in the face, instead.

“This is her?” he asked with a voice full of gravel, sounding somewhat surprised.

“Sorry if I’m not up to your abductee standards,” Selina huffed.

The only thing keeping her on her feet was her anger. If she let herself feel anything else, she might crumble into pile right in front of these jerks. And that was not going to happen.

“Let’s get on with it then,” Parker said, leading the men towards the woods behind the construction site.

The flunkies prodded her forward, annoyed at her slow pace.

You try walking to your death and we’ll see how fast you’ll take it,
Selina grumbled.

Instead of her life flashing before her eyes, she was picturing all the things she wanted to do but hadn’t yet had the chance. Go scuba diving. See the pyramids. Fall madly in love.

She thought about her family, what losing her in such a violent way would do to them. She hoped her brother wouldn’t do anything crazy. He probably would, though. It wasn’t like Joe to let sleeping dogs lie.

Tears crowded her eyes but she pushed them back.

Parker kept glancing back at her with a curious expression that made her skin crawl. When they finally got to a secluded spot in the forest, he turned to openly stare at her. He pulled a gun from the waistband of his jeans as one of the goons gave Selina a hard shove, forcing her to her knees.

Her toes had already been swimming in mud and now the knees of her light blue jeans were bound to be covered in dirt and grass. She found herself worrying about getting the stains out. It was probably her brain going haywire, still clinging on to something normal like laundry problems.

Parker towered in front of her, gun aimed at her head.

“You understand that all I have to do is squeeze this trigger and you’re dead.”

His tone was far too casual. This would not be his first execution.

Are you getting off on this? Just get it over with already!
she screamed in her mind.

“I know how a gun works, thanks,” she ground out.

“I just want you to know how easy this would be for me,” he said before tucking the gun back in his pants and turning to his men.

“Get her up and take her back to the safehouse,” he ordered.

Selina could see the command caught the guys off guard. One of them started to speak, but a quick sinister glance from Parker was all it took and he snapped his mouth back shut. Selina interlocked her fingers, not wanting anyone to see how much her hands were shaking.

So I’m alive, for now. Is that a good or a bad thing?
she wondered as she was led back to the car.