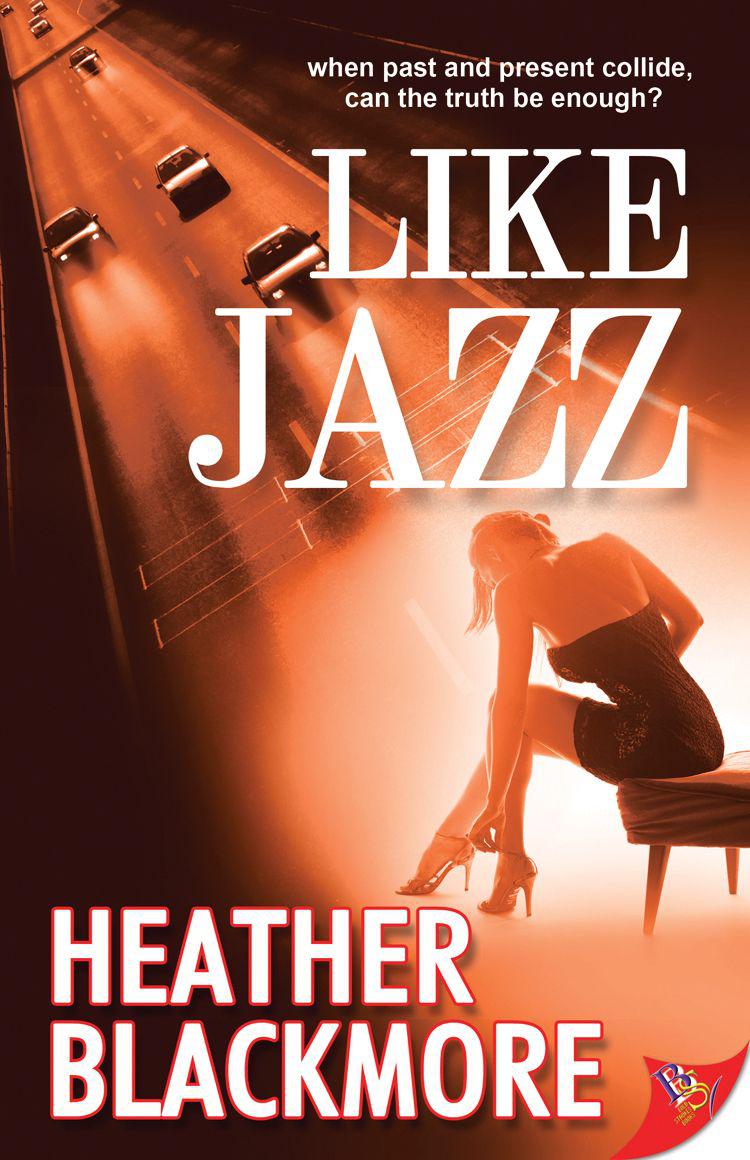 Cassidy “Cazz” Warner, a smart, sporty, reticent newcomer to the senior class at Claiborne High, unwittingly attracts the attention of its most popular girl: Sarah Perkins, a bright, athletic, charismatic beauty. Just as the two begin to understand how extraordinary their friendship is, another cross-country move wrests Cazz away.

Ten years later, Cazz unexpectedly runs into Sarah during a fraud investigation at Sarah’s charitable foundation. The women are inexorably drawn to each other, but Cazz’s investigation into the foundation's finances limits her ability to be entirely honest with Sarah.

Already wary of Cazz for not keeping in touch after Claiborne, Sarah demands the truth. Will Cazz own up to her feelings for Sarah? Or is she too late? And will Cazz’s investigation bring a killer to justice, or will she sacrifice herself to protect Sarah from a man desperate to conceal his crimes? 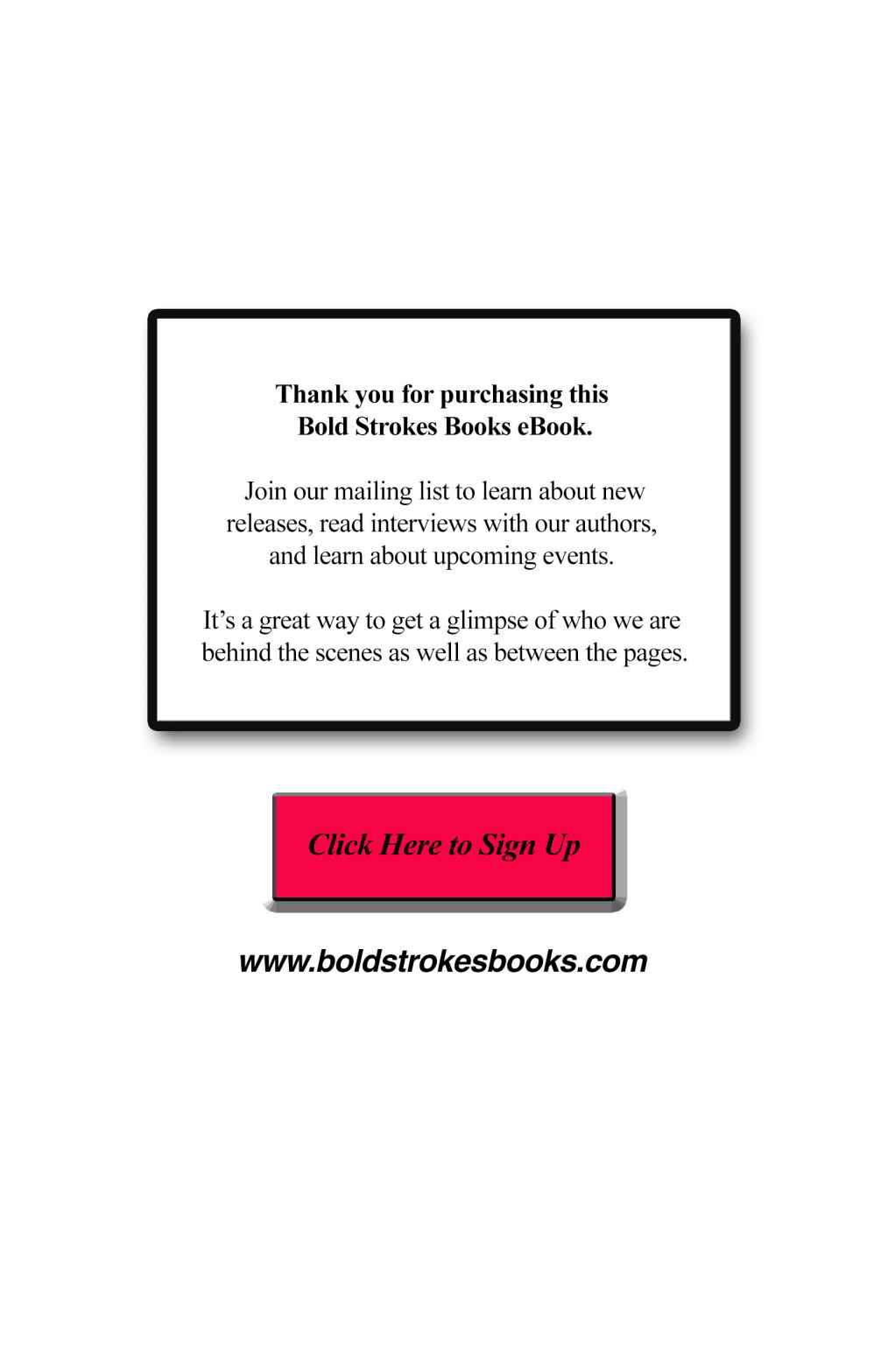 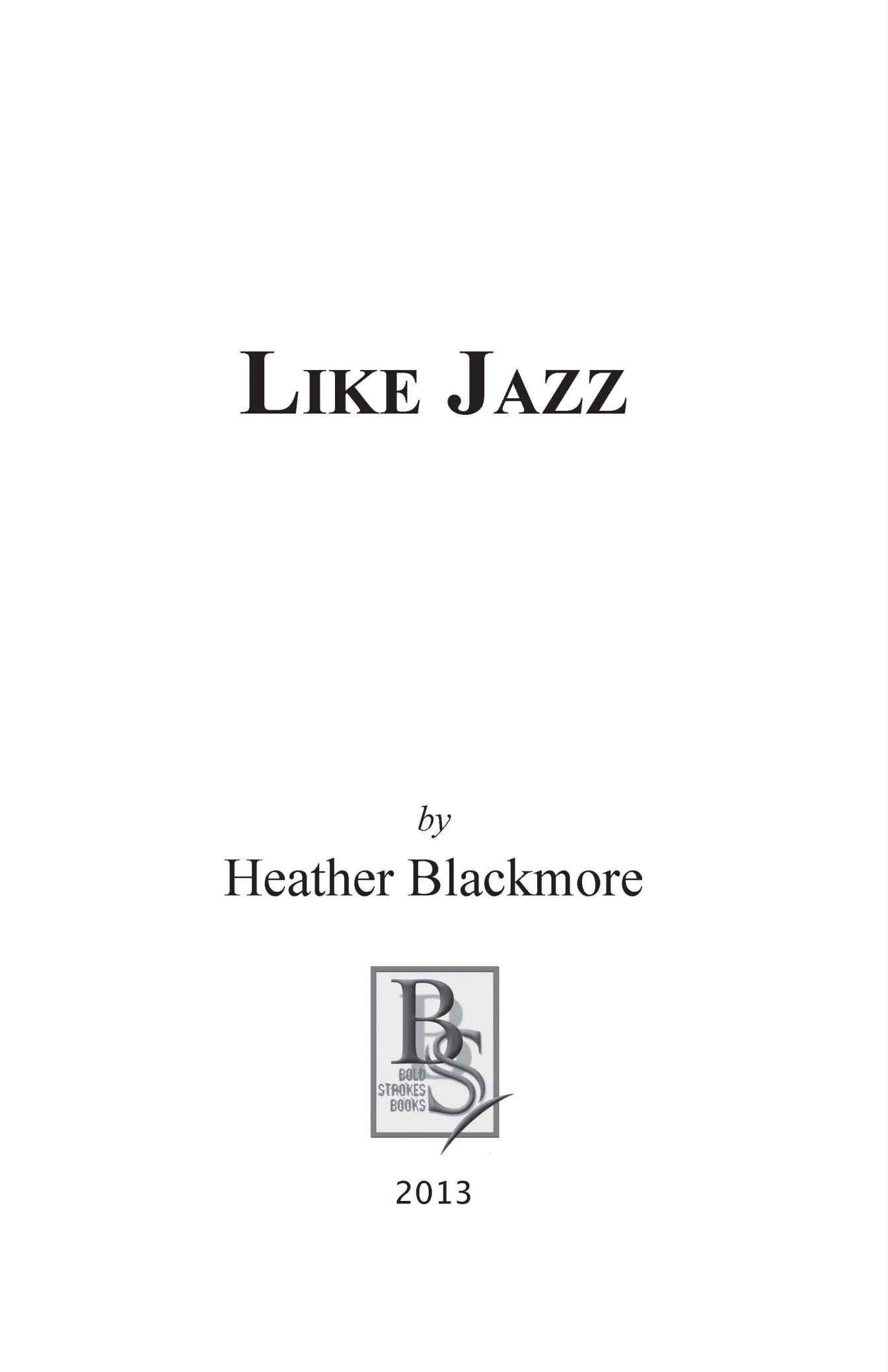 © 2013 By Heather Blackmore. All Rights Reserved.

Thank you to Len Barot and everyone at Bold Strokes Books for including me in your clan of staff, associates, and writers. It’s thrilling and humbling to be counted among you.

I’m indebted to my brilliant editor, Shelley Thrasher, whose suggestions greatly enhanced this novel. Shelley, thank you for your superb guidance and patience. If you didn’t need a vacation before, I’m sure by now you need two.

Shelly Lampe and Kathy Chetkovich: I’m grateful for your constructive critiques of early drafts of this work and your encouragement along the way.

I’m pleased to publish this novel in the year the U.S. Supreme Court handed down two landmark rulings for LGBT civil rights. Although there’s a long way to go toward equal rights in the U.S. and abroad, I’m elated by these historic victories and thankful to those who’ve fought and continue to fight for equality.

To the readers of this genre: without your enthusiasm, reviews, feedback, and interest, there would be fewer authors and sub-categories. Thank you for your passion and support of the writers in this arena.

For my wife, Shelly Lampe

Sometimes I can’t believe you said “yes” all

those years ago, but I’m so glad you did.

“Detective Warner. Please come in and close the door.” Commander James Ashby motioned to the chair opposite him in front of his desk. A mountain of a man, he didn’t stand as I entered his office, but having met with him a few times previously, I guessed he was at least six-three, 270 pounds, with a sixty-inch barrel of a chest. I sat.

Though it was highly unusual for such a senior officer to dole out cases, I was ready for whatever assignment Ashby was about to throw at me. Twenty-eight, single, and career-focused, I was at the top of my game. No distractions.

I was an expert at uncovering fraud and embezzlement, having developed techniques for detecting financial irregularities during my stint as an SEC examiner. As such, I’d returned to L.A. to participate in a two-year pilot civilian-investigation program of the LAPD, which partnered civilian investigators experienced in white-collar crime with the resources of the nation’s third-largest local law-enforcement agency. If it was successful, the department would establish a new unit within the Commercial Crimes Division’s fraud section, with me as the frontrunner to lead it. The pilot had already proved effective after only a year, so my promotion was practically assured.

Ashby’s bearded face didn’t change from the stony expression he’d assumed when I entered. “Status?” he asked in his deep bass voice, referring to my current case.

The owners of a locally headquartered company believed an employee was embezzling, and they didn’t want to tip off the perpetrator by calling for an audit. Undercover as a financial analyst, I quickly discovered that the CFO had authorized hundreds of cashier’s checks and numerous wire transfers from the company’s bank accounts, covering over seven million dollars in personal purchases on her American Express card and making for some serious retail therapy.

Once I uncovered the wire-fraud element, we had to involve the FBI, but by then my investigation was nearly complete. “Special Agent Gutierrez and his team are nearly up to speed and we’ve already drafted his criminal complaint. I’ll be able to roll off by the end of the week,” I said, pleased by the ease with which Gutierrez and I had communicated and divvied to win this case.

Ashby nodded, the long sleeves of his blue oxford seeming poised to rip apart, his expression as tight as the material covering his massive biceps. “Good. You’ll report to me on a special assignment, investigating the possible embezzlement of funds at a charitable foundation. You’ll start Monday, posing as an accountant.”

Thankfully, my excitement at the prospect of working directly for the commander stifled the yawn the occupation evoked. Covert work wasn’t nearly as glamorous as the movies portrayed it.

“By the end of today,” Ashby continued, “you’ll receive your résumé by e-mail and will memorize your background and references, which will be unassailable. You’ll be provided with the address and name of the person you’ll be reporting to. This is my cell number and e-mail address, if you run into any problems.” He handed me a business card that looked like a postage stamp in his mammoth fingers. “I’ve selected you for this assignment because I need someone with your computer skills and finance background. Any questions, Detective?”