Read Losing My Virginity and Other Dumb Ideas Online

Losing My Virginity and Other Dumb Ideas 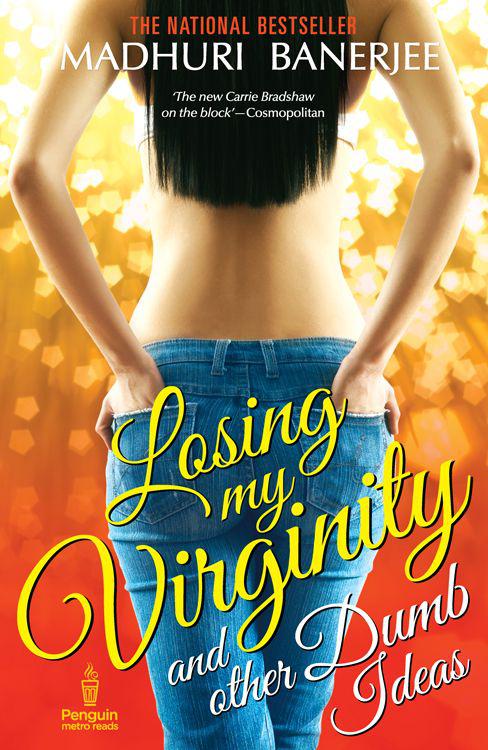 MADHURI BANERJEE
Losing my Virginity and Other Dumb Ideas

Losing my Virginity and Other Dumb Ideas

Madhuri is the director of a creative production house that can do almost anything in the media from making brochures to producing TV shows. She is a complete media professional, having worked in all forms of the visual medium—TV, advertisements, documentaries. She has worked as a senior assistant director for film-makers like Subhash Ghai, Kaizad Gustad and Rohan Sippy, and music director Anu Malik.

Madhuri has an MA in Communication and Films from Jamia Millia Islamia—her thesis film,
Between Dualities
, won her the National Award for best documentary on women’s issues in 1999. Besides media, she is passionate about travelling, yoga and reading. She is currently working on commercial film scripts and her next book. She is active on Twitter, Facebook and writes a blog (
http://madhuribanerjee.blogspot.com/
).

Praise for the Book

‘Two spiritual beliefs that work magically to live fully in every aspect of daily life … including losing your virginity are … A. Everything is a choice B. Once the choice is made … let go …! More power to Madhuri for recognizing both in this book …!’

To all my girlfriends, far and near; over the years, you’ve inspired me with many stories. I admire all of you for your strength, willpower and humour. Each and every one of you is unique and special in my life. Without you, my life is bland and boring.

… As long as I know how to love, I know I’ll stay alive

I will survive
—Gloria Gaynor

I looked across at the other table and saw a couple kissing passionately.

‘Great,’ I thought, ‘even girls half my age are getting laid!’

I went back to sipping my coffee and reading the papers.

The cruel irony of being born on April Fool’s Day had haunted me all my life. But today, I really felt like a fool.

I was alone in my favourite coffee shop, Coffee De, which had these lovely, bright, mismatched chairs, sofas and cushions. And yes, it served the best coffee and no one disturbed me. I was there almost everyday, having my muffin and cappuccino, reading the papers, or a book, or just working on my laptop on some new assignment. The great thing about this café was that it was open from five in the morning to late at night. So I could be here from dawn to midnight, as I generally was most days of the week.

And today was my birthday. It was seven in the morning. I ran down here to have a pick-me-up before the calls would start coming and I would need to sound cheery. Only to find a couple already making out. Jesus! Couldn’t I have some alone-time on my birthday at least?

Sex. Sex. Sex. It all came down to that. Here I was, thirty years old, and still a virgin.

Unmarried. Single. Alone. A virgin. A virgin. Yes, it resonated in my head. Nope, I couldn’t get away from that word. For so long I had thought it was okay to be one. A virgin, I mean. I believed that I would find the right man who would cherish me and I would treasure him. The ‘One Great Love’ that would blind me into losing my virginity after we got married. But that was the spiel I had given myself for over fifteen years. And my mother, even though we never spoke about sex, because God knows that’s just a taboo topic, would have been proud of me.

But today I felt old. And that theory didn’t work.

On the brighter side though, I didn’t look my age. I did have a few layers of fat around my belly, but nothing a good shirt couldn’t camouflage. The extent of my exercising was a Jane Fonda DVD I had acquired a decade ago, which I would put on and jump around to for forty-five minutes every week. I had shoulder length, black hair and olive skin. And I had beautiful eyes. They came from my grandmother. It was a lovely shade of grey, and because of them people could never figure out if I was an Indian or a South American. But despite my hair, skin and eyes, I had never had a real date in my life. So here’s the thing, men elude me. I’ve read all the books about men and how to get a date but I’ve never really had a steady boyfriend. After the first five minutes I feel the man is really stupid, extremely juvenile or highly pretentious. I have an IQ that’s, mildly putting it, above average. It might have given me the title of ‘over achiever’ in school, but never gave me a boyfriend. Frankly, I did not think I even needed one. I was too busy achieving things in life to have a man ruin it.

I played the piano, I learnt animation and I studied modern art for fun in my spare time. I knew seven different languages, which brings me to what I do. I’m a freelance interpreter. What that actually means is that I translate languages for people, for example from French to Hindi, or Spanish to English, or Russian to French. The embassies call me to help them translate important documents from their native language to ours, to ‘Indianize’ it. Or when they hold a conference, I am the one the Indians would hear on their headphones translating a particular speaker’s speech. Or when delegates from different countries come, I help translate talks between dignitaries. Like when Lalu Prasad Yadav had to meet the railway minister of Russia, I was called to help translate their conversation. It was another matter that I could barely understand what Mr Yadav was saying and probably translated what
I thought
he should have said.

Most times, I’m a guide for important delegates’ wives or families. I love my job even though it can become very erratic. It pays well and I get to meet some interesting people from around the globe. And it helps that I live in the melting pot of India, Mumbai.

My parents currently live in Bangalore. My dad’s in the foreign service and we’ve moved around a lot. That’s why I know seven languages, because of the different countries I grew up in. Finally, when I was old enough to say I’m done with moving, I left them in Moscow and moved to Mumbai.

It was strange at first, trying to find a footing in this city. Mumbai was definitely a harder place to be in than Russia, America or France put together. But it gave me so much more than all the other countries. And that’s why I decided to stay here and make it my home eight years ago.

I stay in a rented, one-bedroom apartment in Bandra. It’s grossly overpriced and there’s no view, but I completely love it. I’ve done it the way I see art through the ages, from Renaissance to Cubism, with colours and images jumping out from every corner. Something like this café. And that’s why I was sitting here to collect my thoughts on my birthday; it felt like an extension of home.

Which is why I was irritated that a couple of teenagers had decided to meet here before going off to college and were sucking on each other’s pimples.

The topic of my virginity came back again. I had always been a social recluse. I didn’t have many friends and the only people I spoke to, outside my close circle, were clients. I always had a hard time opening up to strangers. I seldom found a deep connection with anyone and that is why I was still to lose my virginity. And if that wasn’t enough reason, I was mortified about getting pregnant or ending up with a life threatening disease. Protection wasn’t always hundred per cent foolproof and I wasn’t willing to take any chances!

The Dragon Prince by Mary Gillgannon
Fat Chance by Brandi Kennedy
Tina Whittle_Tai Randall Mystery 01 by The Dangerous Edge of Things
Ghosts of Bungo Suido by Deutermann, P. T.
The House of the Scissors by Isobel Chace
On The Ball by Susannah McFarlane
Mad Love: Madison by Boone, Lisa
We Hear the Dead by Dianne K. Salerni
Steel My Heart (Motorcycle Club Romance) (Sons of Steel Motorcycle Club Book 1) by Lux, Vivian
Death on the Sapphire: A Lady Frances Ffolkes Mystery by R. J. Koreto
Our partner