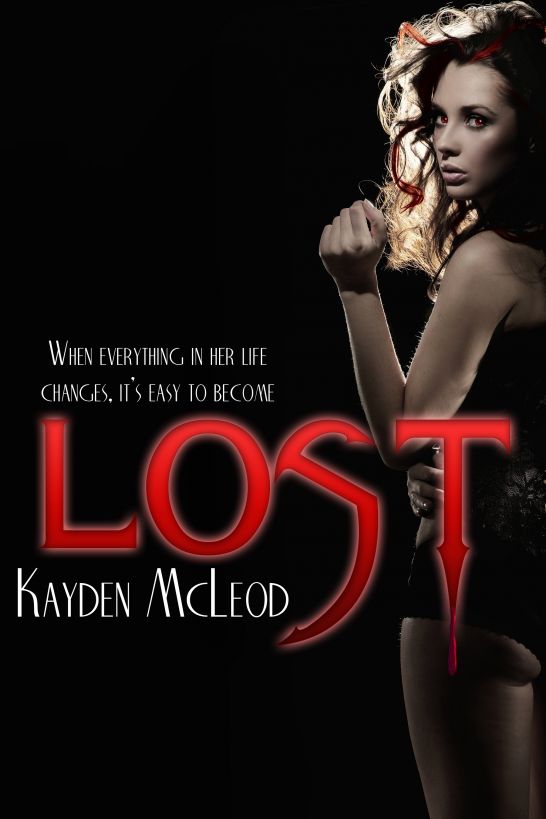 The unfeeling, chaotic part of all vampires that is almost
like a second consciousness. It has the ability to take over its
host at a moment's notice, defending itself when provoked to
action, but most times, it lies dormant, and affects very little of
their personality. When a vampire commits evil acts, it is the
person and not the entity that does it. But it is a powerful source
even still and never to be taken for granted. Most vampires,
whether born or made, train their first centuries to strap on as
many leashes as possible, preventing mishaps that would have the
Council declare Roguedom for exposure.

Original Cursed One (first, an Original):

Vampire of absolute power, and an entirely different race.
They are the firsts, born of hellish fire. Only they fully
understand their true origins, sharing this knowledge with very
few, and controlling the ones who do know. They hide from the
modern-day-vampire, the youth take who and what they are for
granted, corrupting everything the firsts had long ago built with a
dream for peace with mankind. After two thousand years, their
Council had fallen to the worst brand of greedy vampires, who were
determined to control their kind, like warped kings among
men.

Born vampire of undiluted blood, free of
all traces of a human-line. They can trace their bloodline back to
the firsts
, and P
ossess a Primary power that always skips a
convert.

Born vampire with miniscule human blood traces, but still can
trace back to a first in their bloodline. Most of the time, they
possesses a Primary power.

Considered, and quite frankly, a far inferior race,
possessing no Primary powers as the born do, though they possess
the born's secondary power-source; the ability to manipulate
energy.

A human who possesses a miniscule amount of vampire blood.
They are not considered vampire in any way, though some retain
enough knowledge to know they exist and to stay away from them.
Abilities appear in a vast variety of gifts, ranging from ones they
don't even notice, to a significant power (s).

The
vampire who converts a human into their own existence.

The vampire government who are "all powerful," having the
power of life and death over any and every vampire. It is
widespread knowledge that the authority has gone straight to many
councilmen's heads. Greed and corruption split the ruling body into
the good, and the bad. The war is continuous, affecting all who
fall under their rule, yet no one but a councilman can do anything
about it. Ironic, isn't it?

An illegal vampire, not registered. Any vampire who does not
belong to a registered Coven, or who breaks any law the Council
decrees, the ruling body can sanction their Hunters for the
immediate kill.

Every Coven has a team of Hunters that are charged with
keeping their territory safe, as the Council demands. Though there
are times when the grossly untrained vampires cannot catch one (it
is up to the Coven, and Leaders to handle its own), and the Council
Hunters are called in.

Council employee, who is strictly trained to hunt Rogues
only. They are greatly feared, almost as much as the Originals
themselves, because their training touches every aspect a Rogue can
through at them. They are all well-versed in hand-to-hand combat,
every major area of magic and beyond. Even the younger generations
are more adequately prepared than a far older Rogue, prepping for a
fight.

Head of the Hunt:

A member of the Coven's Hunters, put in charge of the
missions, making on-the-fly-decisions when the Handler is out of
contact, and controlling the other Hunters when on the
chase.

Each mission requires a level-headed Handler, one who is
separate from the fight and the blood which might cloud his or her
judgment; Leader or Councilman. This is a precaution, in case the
Hunters lose control when their Curse/bloodlust takes over, and the
Rogue is to be brought in, and not killed.

Legal enforcer of Council justice, who oversees a smaller
group of vampires, which are their sole responsibility. They can be
disciplined for their follower's actions, making many of them harsh
and unpredictable.

A group of vampires (registered Coven members) headed by the
Leaders, and tended by the Council closely.

A raw form used to manipulate into magic.

A singular power that manifests in only the
pureblood and bred vampires. These gifts of power can be a wide
range of things, but it always wins out over any other.
Converts never possess this type of ability when
transformed from one race to the other.

This is a derogatory term, used by
the elders mostly when referring to the youth, or any-age convert,
who are looked down upon because of their blood-status. The younger
generations are known to use it as an insult often, putting more
impact behind it than their ancestors, who only intend it to be a
label.

I called them fun—most of the time.

Pulling
the edges of my onyx robe together, my gaze raked over the
luscious, soothing gardens backed by the frame of Grouse Mountain.
Around me, the party fell away as I breathed in the sweet scent of
night. Riddled with unvarnished purity, unpolluted from the dense
subdivisions of downtown Vancouver I now called home.

As a “country girl,” by birth, a young wild thing of Hundred
Mile, British Columbia once upon a time, this area calmed me in a
way the hustle and bustle never could. And my mind required a shut
off valve every now and then. I could reminisce better, simpler
times in my life.

A soft
smile pulled at my black cherry lipsticked mouth, outlined in the
richest black liner I owned. Yeah, so what? I’m Goth. We all have
our issues. The smile didn’t last. Malevolence, a black floodlight
on my peace, infected my thoughts mere moments before his body heat
trailed over me, his very nature oil slick and filled with darkness
I couldn’t comprehend.

The tip
of his nose ran up my jugular. His hand grazed my ass. No spark of
lust. No instant, please do it again. Isn’t that how it should be
in a relationship?

I
stiffened. He noticed.

“
Gene,” I murmured offhandedly. Half-focused, my gaze searched
his shadowy features with an Italian twist to his bone structure
and thick hair, save those blue-black eyes that sometimes glinted
cobalt in the sun. His scent was rich, spicy, fragrance similar to
my own. Should be. I converted him. My lover, my child.
Whatever.

He twirled a red and onyx lock around his finger, tugging at
my scalp. “I’m hungry.” Had I hurt his feelings? Better yet, did he
have any? Did I?

We were
vampires of the worst sort.

Gene stared at my jugular with a greedy
gaze.
Good for you, I’m
not.

“
Go find something to feed on.” I turned back to the gardens,
not to dismiss him, but the low light made him appear monstrous,
controlling. I could deal with neither quality at the
moment.

“
I want
your
blood.” His callused hand palmed the back of my
neck, forcing me to look at him. Red flickers leapt in his irises.
Would he resort to violence, his Curse, our nature? “It is my
right.”

No, actually it wasn’t. Our laws didn’t quite work that way.
He knew that better than most. But a Maker’s blood compared to
expensive, one-of-a-kind liquor to their “children.”

I
released an irritated breath. “Where have you been?”

He
reared back, towering over me. “Around.”

He
flashed pearly whites in a snarl. “Don’t be a bitch.”

“
Then don’t take off on me for over an hour, and show up
demanding to suck me dry. Doesn’t make me feel too
charitable.”

“
Is that what I am, Sara? Your charity case?” He gripped my
shoulders and shoved me against the open doorframe of the French
doors on which I leaned. His muscles flexed as he curved his spine,
blocking out the world. “Is that how you really think of me?” His
soft words thinly veiled a threat.

I
straightened my shoulders. “A sense of humor, Gene. Get
one.”

“
Fucking mouthy,” he said beneath his breath.

“
You liked my mouth just fine earlier.” “Only when it’s full.”
He pushed away from me and whirled, hands clenched, upper body
shaking.

How much longer can we go on like this?

I shook
myself. Where did I get off thinking like that? A rough patch. Lack
of communication. Quality time. That’s all this is.

Gene
laughed silkily, threaded with malice. He gave me his profile.
“Loren is leaving you.”

Not even
an eyelash twitched in response to the jab. I refused to scan the
room for the man in question. Gene’s self-satisfied smile chilled
me.

Did he know? Did he read something in my
mind?
No, a convert couldn’t touch their
Maker’s mind without their knowledge. Had something shown on my
face? No. I was the best kind of actress. Wasn’t
I?

My mind
nudged his, soft as a feather. Mentally, I staggered. A whip of
jealousy and possession scorched my thoughts. I whimpered. Rage, so
much hatred. Had I tapped into someone else? Surely this wasn’t my
boyfriend!

Gene
growled. “You got a crush on that Loren, or what?”

“
What?” A pain filled whisper.

“
I see it, you know,” he replied. “You try not to, but you
stare at him when you think no one is watching. Think I don’t get
why you’re so agreeable to come to Brody’s? It’s because of Loren,
isn’t it?”

“
He isn’t here all of the time,” I replied, weakly. My heart
pounded out a song of guilt and sadness. My mind flat out rejected
any possibility of the blatant suggestions being thrown my way. If
I admitted to myself that I had, ahh…feelings for another man short
of carnal lust, then that broke the laws of our arrangement in
coming to this house and the antics that transpired here. That was
so wrong!

“
I’m sorry if I hurt your feelings. It’s nothing, to worry
about, Gene. I promise.” Oh, in a backhanded way, I said it out
loud. I’d admitted. I was in too damned deep. I reached for
him.

I
adverted my gaze, so he couldn’t see the frustration mixed with the
eternal creature that lives inside of me. The Curse, the part of us
all that make us vampire. Wow, who knew carpet looked so damn
interesting. “Okay.”

My
emotions came to a rolling boil.

A rustle of cloth and an animalistic sound of warning, Gene
disappeared from my peripheral vision. Polished Salvatore Ferragamo
shoes covered my little inventory of carpet fibres, framed by crisp
lines of charcoal pants. No doubt they cost more than my entire
wardrobe. This man draped himself in Ralph Lauren and Dolce &
Gabbana by the truckload, with the causal ease of a businessman,
oozing old world charm and carnal sexuality.

Things that Can and Cannot Be Said by Roy, Arundhati; Cusack, John;
The War After Armageddon by Ralph Peters
Venus in India by Charles Devereaux
Hatshepsut's Collar (The Artifact Hunters #2) by Exley, A.W.
the Tall Stranger (1982) by L'amour, Louis
Killer Thrillers Box Set: 3 Techno-Thriller, Action/Adventure Science Fiction Thrillers by Nick Thacker
Night of the Giant Everything by R. L. Stine
The Riviera Connection by John Creasey
Calvin by Martine Leavitt
The Patron Saint of Butterflies by Cecilia Galante
Our partner