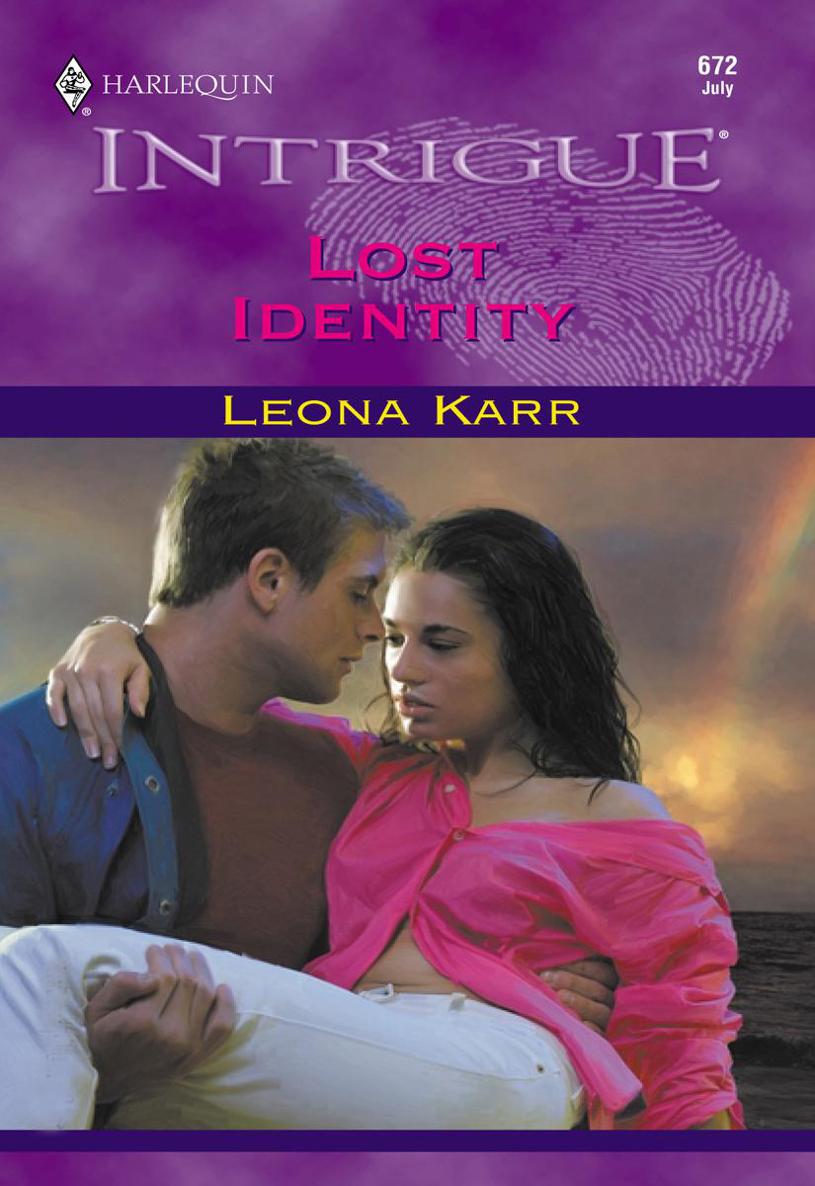 Suddenly a piercing scream rent the silence of the house

Andrew lurched to his feet, threw open the bedroom door and saw the stranger on the bed, sobbing and crying.

“You’re okay. You’re okay,” he soothed, and gathered her trembling body into his arms. Tears poured down her cheeks and she clung to him with the fierceness of a terrified child.

“You just had a bad dream,” he said gently.

As her heartbeat seemed to slow, she stammered, “I’m—I’m sorry….”

“It’s all right.” He stroked her hair and lifted it away from her moist cheeks. “Everything will look different in the morning,” he promised. He held her close until her breathing returned to normal, then eased her back down on the bed and left the room.

Sleep evaded him as he settled down for the night on the cot in the other room. Holding her in his arms had ignited some tender needs that he thought he’d buried a long time ago.

Turning restlessly on the narrow cot, Andrew tried to forget how soft and vulnerable she had felt in his arms.

We’ve got another month of sinister summer sizzlers lined up for you starting with the one and only Familiar—your favorite crime-solving black cat! Travel with the feisty feline on a magic carpet to the enchanting land of sheiks in Caroline Burnes’s
Familiar Mirage,
the first part of FEAR FAMILIAR: DESERT MYSTERIES. You can look for the companion book,
Familiar Oasis,
next month.

Then it’s back to the heart of the U.S.A. for another outstanding CONFIDENTIAL installment. This time, the sexiest undercover operatives around take on Chicago in this bestselling continuity series. Cassie Miles launches the whole shebang with
Not on His Watch
.

Debra Webb continues her COLBY AGENCY series with one more high-action, heart-pounding romantic suspense story in
Physical Evidence
. What these Colby agents won’t do to solve a case—they’ll even become prime suspects to take care of business…and fall in love.

Finally, esteemed Harlequin Intrigue author Leona Karr brings you a classic mystery about a woman who washes up on the shore sans memory. Good thing she’s saved by a man determined to find her
Lost Identity
.

A great lineup to be sure. So make sure you pick up all four titles for the full Harlequin Intrigue reading experience.

A native of Colorado, Leona Karr lives at the foot of the Rocky Mountains with her husband, Michael. After pursuing a career as a reading specialist, she has followed her dream of becoming a writer, and is a multipublished author of romantic suspense, historicals, mysteries and inspirational romances. “Love conquers all” is the theme of her books, and she enjoys reading and writing fast-paced stories of danger and love. 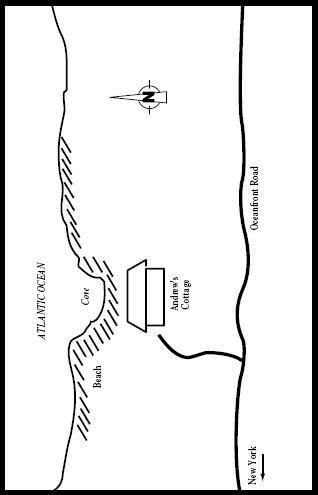 A mysterious young woman
—She is nearly drowned on a deserted beach and has no memory of who she is or how she got there, but a terrifying sense of danger remains.

Andrew Davis
—A solitary young man who offers his bungalow as a refuge. Will the discovery of the woman’s identity change his life forever?

Perry Reynolds
—A middle-aged successful business partner whose mysterious disappearance could be a hoax.

Curtis Mandel
—A company executive who makes romantic claims that may be a clever cover-up.

Janelle Balfour
—A friend and co-worker who has a familiarity with all that has happened in the past.

Darlene Reynolds
—The angry young wife of Perry who has suspicions about her husband’s disappearance.

Gary Reynolds
—Perry’s son. Is his need for money connected with his father’s disappearance?

To my husband, Michael,
who fills my life with laughter, love and light.

Fierce winds and slashing rain whipped the New Jersey coastline as Andrew Davis stood at the window of his seaside cottage late one afternoon, and viewed the strong summer storm. Outside dark afternoon shadows mingled with curtains of slanting rain and thundering clouds. Warnings had been posted up and down the coast. He was about to draw the drapes when he glimpsed something unusual on the beach below. Even through the rivulets of rain pouring down the window glass, the shape of a human form lying on the sand was unmistakable.

Good Lord, could it be? A body washed up in the cove below his house?

Grabbing his slicker, he bounded out the door, took the deck stairs two at a time, and raced across the wild grass and sandy ground that lay between his elevated cottage and the beach below. When he reached the prone figure lying on the sand, he saw that it was a petite young woman lying on her back, her face stark white, framed by tangled dark hair drenched with seawater.

At his touch, she gave a weak groan, and then took in a gasp of air that told him her lungs were free of
water. Her eyelids fluttered open and she gazed at him with rounded eyes filled with terror.

“It’s all right,” he assured her. “It’s all right. Let’s get you out of this storm.” He scooped her up in his arms, and quickly carried her back to his cottage. Laying her down on a rug in front of the fire, he reached for a quilted cover to spread over her.

Her white slacks, soft pink blouse and white sandals were soaked. The clinging wet clothing defined the swell of her firm breasts, narrow waist and shapely legs. Her teeth were chattering, and her body was racked with shivers, but she seemed to be all right otherwise.

“I’ll get you something warm to drink,” he said and disappeared into his small kitchen.

She sat up, covered her face with hands and choked back a sob. A vertigo of unanswered questions swirled in her head, and fear was like a monster attacking her memory. Even as she struggled to fill the void in her mind, a deep terror shot through her.
Who is this man?
She couldn’t remember anything beyond the moment when his anxious face bent over her. Even her very identity was lost in the dark abyss of her mind.
Was she afraid to remember?

Andrew returned with a cup of coffee laced with brandy and said, “Here, this will warm you up.”

Her blue lips murmured a weak, “Thank you.”

He wasn’t quite sure how to handle this unexpected houseguest. Should he suggest that she take a warm shower and put on some clothing of his? In her distraught condition, she might take offense. Obviously she had been traumatized by what had happened to her. How did she get on his beach? He’d been watch
ing the storm develop all day, and hadn’t seen any boats on this stretch of ocean. Weird, he thought.

He gave her a few moments to sip the drink, and then he said, “I’m Andrew Davis.” When she didn’t make the usual response, he waited for a long moment and then asked gently, “And your name is—?”

She lowered the cup, stared at it, and then said in a choked voice, “Trish.” Even as she said it, there was no real familiarity with the name or any firm recognition that it belonged to her. Her stomach curled with tension.
Trish? Where did that name come from?

“Should I call someone, Trish, and let them know that you’re safe?”

Call who?
A subtle warning lay somewhere in the devastating disorientation that she was experiencing. She lifted her head. “No, there’s no one,” she said as evenly as she could.
Why am I so frightened that someone will come for me?

He raised an eyebrow, but didn’t press her. She was obviously in a state of shock. Whatever had brought her to a deserted beach at the height of a lashing storm must have been catastrophic. Every time there was a clap of vibrating thunder, sparked by forks of summer lightning, she cringed as if she feared the fierce winds would whip the small cottage into the greedy ocean.

“This little house is storm-proof,” he reassured her. “It’s firmly anchored and has weathered gales a lot worse than this one.” She nodded, but her sea-blue eyes remained glazed and rounded.

“Can I stay here…until…until the storm’s over?” she asked, silently adding with a sense of helplessness,
until I remember where to go?

“The welcome mat is always out for unexpected visitors,” he lied. In truth, Andrew valued his privacy
above everything else, and only an emergency like this one would compel him to share his roof with a stranger. “I’m curious how you found your way to my beach…well, not exactly mine,” he admitted with a sheepish smile. “But I claim it.”

She didn’t respond, but the warmth of the fire and the stimulation of the hot drink began to ease her bone-deep chill. There was something reassuring about her rescuer’s gentleness, his clean-cut looks, wavy blond hair bleached by the sun and his nicely tanned face.
I feel safe here,
she thought with a spurt of surprise. She stammered, “Maybe…maybe, I got lost.”

“Lost?” Andrew waited for her to elaborate, but she didn’t. What did she mean—maybe she got lost? Did she or didn’t she? “You’re not from around here, then?” he prodded.

Her hands tightened on her cup and she stared at it without answering.

Andrew decided to back off from any more questioning for the moment. He could tell that she was fighting for self-control, and whatever had happened to her had left her in a state of shock. No telling how long she would have to stay before the weather cleared and he could drive her somewhere. He decided that he’d have to take charge whether he wanted to or not.

“Would you like to take a hot shower, Trish, and get into some dry clothes? One of my long sweatshirts and bathrobes will keep you warm while we put your things through the washer and dryer.”

She hesitated for a long moment and he could see uncertainty stamped on her face. Then she raised her head and nodded.

Shadow Kiss by Richelle Mead
Blood Men by Paul Cleave
1993 - In the Place of Fallen Leaves by Tim Pears, Prefers to remain anonymous
Down to the Dirt by Joel Thomas Hynes
Untouchable by Linda Winstead Jones
Ramage's Prize by Dudley Pope
Katie Friedman Gives Up Texting! by Tommy Greenwald
A Dangerous Business by Lorelei Moone
Mr Two Bomb by William Coles
The Prince of Paradise by John Glatt
Our partner