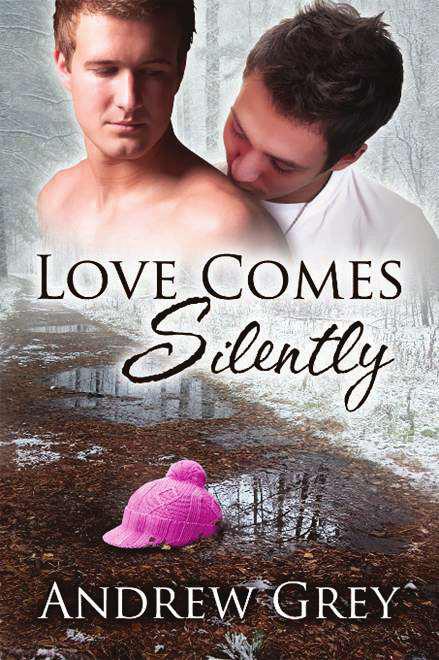 Readers love Andrew Grey
Dutch Treat
“The emotional pull was strong and the story was great. It was definitely worth reading.”

“Mr. Grey’s amazing storytelling ability captured this reader’s attention from the first word and kept me enthralled with the story and the characters within the book until the very last word.”

—Night Owl Reviews
The Best Revenge
“…one of the most romantic and heartwarming stories I’ve read.” —JeffandWill.com
Accompanied by a Waltz
“A story about first love, loss, and the rediscovery of love all wrapped up in its pages.”

—Fallen Angel Reviews
Readers love Andrew Grey
A Taste of Love
“…an emotional story that will have you in tears one minute, smiling and laughing the next.”

—Love Romances & More
A Foreign Range
“…a story that will leave a smile on your face and introduce two characters who steal your heart.”

—Dawn’s Reading Nook
A Helping of Love
“Andrew Grey handles the M/M romance with the hand of a pro and has earned his praises with years of good books to show for it.” —Randy’s Book Bag
Legal Tender
“I highly recommend any Andrew Grey book, and especially
Legal Tender
.”

“With the right amount of suspense, sizzle and a burgeoning romance between two people, the readers are treated to a story that hits all the right spots in your heart.”

Novels
by
A
NDREW
G
REY 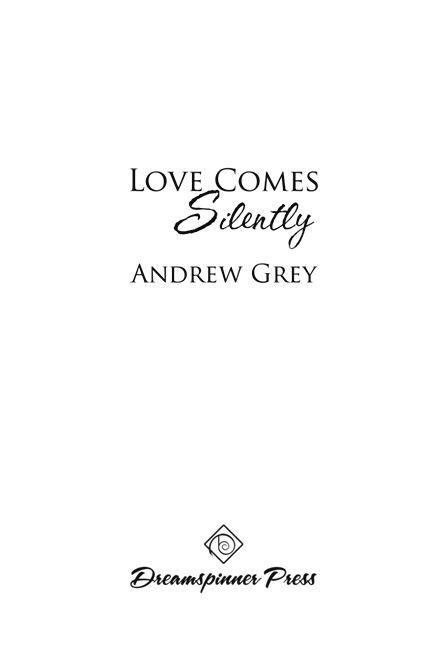 All rights reserved. No part of this book may be reproduced or transmitted in any form or by any means, electronic or mechanical, including photocopying, recording, or by any information storage and retrieval system without the written permission of the Publisher, except where permitted by law. To request permission and all other inquiries, contact Dreamspinner Press, 5032 Capital Circle SW, Ste 2, PMB# 279, Tallahassee, FL 32305- 7886, USA.
http://www.dreamspinnerpress.com/

Printed in the United States of America First Edition
October 2012

To my partner, Dominic, who, while rarely silent, loves me unconditionally and came into my life at a time when I desperately needed someone to love and love me.

EN moved quietly through the small house, darting around boxes as his insides twisted and turned with every sound that came from Hanna’s room. He’d have sworn on a stack of Bibles that he’d unpacked all the bathroom stuff, but he couldn’t find the goddamned thermometer. When he’d touched her head, she was hot, and he desperately needed to know how high her fever was. “Daddy,” he heard Hanna call weakly, and Ken hurried back up the stairs to her room. Hanna had kicked off her covers and was shivering in her bed, so Ken pulled them back around her, touching her forehead once more before getting a glass of water and a cool cloth that he placed behind her neck as he held the glass for her.

“Yes,” she answered as she settled back on the bed, her eyes closing. Ken transferred the cloth to her forehead and then hurried back downstairs. He’d already checked every remaining box upstairs, so he rushed into the small dining room that he was using as unopened box storage and began systematically looking for the missing box.

He finally found it stuck in with the boxes of china that would eventually go in the cabinet that sat empty along the dining room wall. Ken picked up the box, carried it upstairs, and set it on the toilet in the bathroom. He rummaged around inside, not caring what fell on the floor, and finally found the object of his quest. And the fucking thing was dead. He wanted to scream, but began rummaging again until he found the battery charger. He carried everything into Hanna’s room, plugged in the thermometer, and let it charge for a minute before placing the tip just inside Hanna’s ear. Ken waited impatiently for the soft beep and then lifted it away—103 degrees. That settled it. Ken went to Hanna’s dresser and found her tiny robe, placing it on the bed. Hunting around, he found the bunny slippers his parents had gotten her for Christmas the previous year, along with Emily, the doll six-yearold Hanna was rarely without except when she was at school.

“Honey, can you open your eyes for me?” Ken said as he lifted her up. He set her on the edge of the bed as he worked her arms into the robe and got the slippers onto her feet. “I’ll be right back,” he said and hurried out into the hall, then returned with a blanket. Ken wrapped it around her and then lifted her off the bed, making sure she was covered and warm before leaving the room. He turned out the light with his elbow before descending the stairs.

Ken laid Hanna on the sofa in the half-put-together living room before locating his keys and wallet, coat, and gloves. Then he lifted her into his arms once again. Ken felt Hanna’s head rest on his shoulder as he opened the front door.

The frigid air assaulted them both as Ken stepped out into the evening. He closed the door behind him and moved as quickly as he could down the walk to his car. Reaching his keys was another matter, and he couldn’t unlock the doors. He didn’t have a place to set Hanna down and he could feel her getting cold. By moving Hanna carefully, he managed to pull his keys out of his pocket and click the car doors unlocked. Ken was about to grab for the door when he saw someone reach for the door handle and slowly pull open the back door of his car. Ken glanced at the man quickly before setting Hanna in her booster seat. Ken buckled her in and then closed the door. “Thank you,” he said hastily and was able to actually look at the man, who appeared to be about his age, although it was hard to tell under all the winter gear.

The man smiled and nodded, stepping back from the car as Ken opened his door and got inside. The car was ice cold, and he wished he’d have thought to warm it up before bringing Hanna outside. “We’ll be warm in a few minutes,” he told her as he turned the key in the ignition. Using the wipers to brush away the inch or so of snow, Ken slowly pulled down his driveway and out onto the street. Thankfully, it wasn’t snowing right now, and Ken turned on the radio to get the weather forecast as they moved along the plowed street toward the highway. There were very few freeways in Michigan’s Upper Peninsula, which had been part of the allure of moving here. One of the things he should have done was choose a house closer to a hospital. Not that he could have expected Hanna to get sick within two weeks of moving into their new home. They reached the highway, and Ken felt heat begin to come out of the vents, so he turned the fan on maximum. After turning onto the recently plowed and nearly clear road, Ken sped up as he drove toward Marquette.

The nerve-racking drive didn’t take all that long, not really. It was simply the anxiety of having Hanna sick in the backseat that made the miles seem dozens of times longer than they actually were. Ken had been to Marquette a few times since he and Hanna had moved to Pleasanton a few weeks earlier, and by happy coincidence he happened to have passed by the hospital, so he was actually able to find it. “We’re almost there.”

“I know. When we get to the hospital, they’ll give you whatever you want,” Ken promised, his entire being focused on turning into the emergency entrance and then maneuvering the car under the small portico. Ken stopped the car, turned off the engine, and got out. He opened Hanna’s door, lifted her out, and then carried her into the emergency entrance and right up to the desk, where a middle-aged woman looked at him with concern.

“She’s been sick for a few days and her temperature was 103 when I left the house,” Ken began before the woman could ask questions. “I need someone to look at her right away.” Ken was feeling frantic. He could feel the heat washing off Hanna and he was afraid her temperature was even higher now than it had been when he’d taken it at home.