Love Finds You in Martha's Vineyard 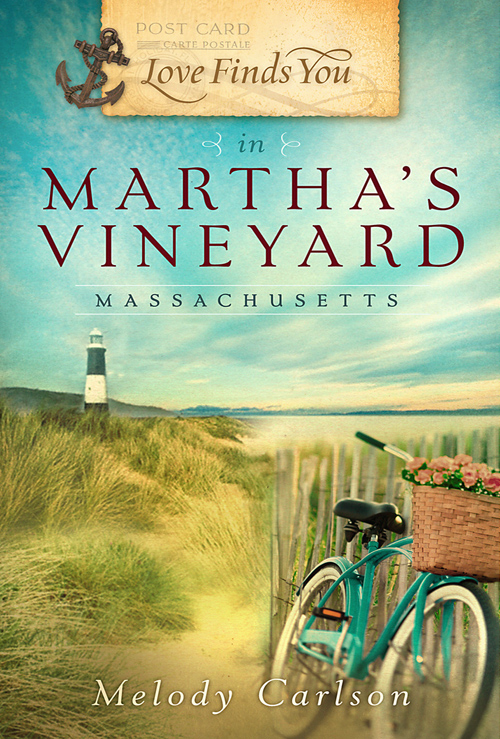 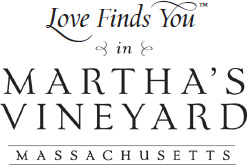 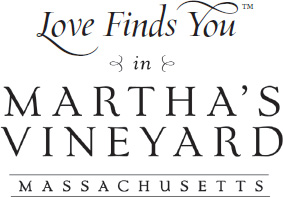 Love Finds You in Martha's Vineyard
Â© 2010 by Melody Carlson

All rights reserved. No part of this publication may be reproduced in
any form, except for brief quotations in printed reviews, without written permission of the publisher.

The town depicted in this book is a real place, but all characters are fictional. Any resemblances to actual people or events are purely coincidental.

Summerside Pressâ ¢ is an inspirational publisher offering fresh, irresistible books to uplift the heart and engage the mind. 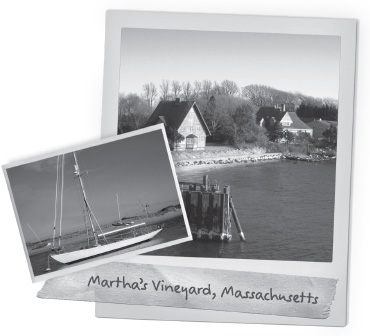 M
Y PRECONCEPTION OF
M
ARTHA
'
S
V
INEYARD WAS PROBABLY SIMILAR
to that of the average American who's never been there. I assumed it was the highbrow vacation playground of the rich and famous. Thanks to a small number of well-known personalities, from songwriters to politicians, this is somewhat true. But the first time I actually experienced Martha's Vineyard, I was caught off guard by its quaint charm and natural beautyâand I never saw a single celebrity. That might be because I visited the Vineyard in the middle of winterâa time when the population of the entire island is about fifteen thousand and life there is sleepy, subdued, and slow-paced. But winter is also a good time to get around the island and see the sightsâand it's not hard to get reservations at the last minute.

However, if you attempt to go in the midst of the summer, brace yourself. The population increases tenfoldâup to 150,000 people inhabit the small island and traffic can be a bear (bikes are recommended). The full-time locals wisely maintain a low profile during the height of the season. They're said to tell their friends, “See you in the fall,” as soon as June rolls around. They're also reported to say, “I'm going to America,” when they board the ferry taking them back to Massachusetts. I suppose that's just how removed they feel, living off on their little island in the Atlantic.

Since I've always been drawn to seaboard towns (we have a beach bungalow on the other side of the country), I felt right at home in Martha's Vineyard. I found the local people to be helpful, informative, and interesting. And the sceneryâwhether it was windswept beaches, picturesque lighthouses, handsome boats moored in Vineyard Haven, or gingerbread houses in Oak Bluffsâwas perfectly delightful, not to mention photogenic. Despite being there in February, with severe storms raging inland, the weather on the island was temperate and mild. All in all, it was a great trip. Even the ferry ride in and out of Woods Hole was enjoyable. In other words, I highly recommend Martha's Vineyard. I'm looking forward to going back there again myself!

Where was that lake-effect weather when you really needed it? A nice chilly breeze off Lake Michigan would've been most welcome today. Waverly felt weary and wilted as she slowly made her way toward the “L.” Not only was she perspiring profusely in her best summer suit, but her new spectator pumps were torturing her feet. She should've known better than to trust the adolescent salesgirl who assured Waverly that “four-inch heels really can be comfortable.” And to buy the old line that “Oprah wears these exact same shoes for hours at a time” was truly pathetic. Sometimes Waverly wondered if someone had secretly tattooed G
ULLIBLE
on her forehead in a special ink that only showed up in department store lighting.

As she limped across the street, Waverly wondered if she might've permanently injured her feet as well. This morning she'd been so focused on her big interview today that she'd even forgotten to tuck her usual flip-flops into her oversized bag. Well, that was water under the bridge now. Waverly paused at the corner of Columbus and, waiting for the light to change, peeled off her limp linen jacket and folded it over her arm. She fished a hairclip out of her bag and sloppily stuck her long thick curls on top of her head. If the pavement wasn't so hot, she'd take off her shoes too.

She probably resembled a bag lady now, but her neck and back felt a tiny bit cooler. Even though it was nearly 6 p.m., the temperature on the bank's reader board declared it was still 98 smoldering degrees. Summer wasn't here yet, and Chicago had already broken several of this year's heat and humidity records.

That wasn't the only thing broken, Waverly thought as she hurried across another scorching hot street. A few days ago, her air conditioner had given up the ghost, and so far her building's super had not returned her call. Normally, Waverly didn't whine and complain, but today she felt like flopping down on the greens of Grant Park and sobbing loudly and pitifully. Nothing, absolutely nothing, was going right for her. On days like today, she wondered why she even tried.

“You're somewhat overqualified for this position,” Mrs. Tremble had told her this morning. Waverly had taken an early lunch break to sneak off to an interview at a new art gallery opening on North Michigan Avenueâin search of her dream job.

“I realize that,” Waverly had explained. “But I'd really love to work for you and Iâ”

“Have you ever worked in a gallery?” Mrs. Tremble peered curiously over her bifocals at Waverly. “I mean, besides art conservation, which is admittedly a very important field in the art world at large but altogether different from working in sales. Certainly, you can understand.”

Mrs. Tremble smiled in a placating way. “I'm sure you are. However, selling art is different. It takes a certain sort of
savoir-faire.
A special type of personality, if you know what I mean. Almost a gift, I'm inclined to believe. The ability to read people, to immediately assess them, to understand their tastes, know what they wantâ¦and how much they are willing to spendâ¦and more.” She laughed lightly. “I sometimes call it the sixth sense. Really, it's an art form in itself, dear. It's a lot different from the science of caring for and restoring art. Do you understand what I'm saying?”

“I think I do,” Waverly assured her. “I consider myself a fairly intuitive person. Although I didn't mention it on my rÃ©sumÃ©, I'm not only involved in the science side of art, I'm also an artist myself.” She smiled hopefully. “I am both creative
and
scientific.”

Mrs. Tremble sighed. “Well, thenâ¦now I am certain you wouldn't be right for our gallery.”

Waverly frowned. “Why not?”

“I would never hire an artist as a salesperson, dear. Too conflicting.”

“Oh my, yes. It is one thing to understand and appreciate art. It's another thing to have the gift for selling art. But to have an actual artist working here in a sales position.” She held up her hands as if Waverly had offered her a poisoned apple. “That would never work.”

“But I haven't picked up a paintbrush in ages,” Waverly tried.

Mrs. Tremble smiled as she stood. “Just be thankful you already have an excellent job. Working in the museum at the Art Institute of Chicago is nothing to be ashamed of, dear. And in this day and age, one is fortunate to have employment of any kind, don't you think?”

“Yes.” Waverly nodded helplessly as she too stood. The interview was clearly over.

“I don't want to waste any more of your precious time.” Mrs. Tremble looked at her diamond-studded watch bracelet. “I do thank you for coming in, and I hope you'll stop by again when we are properly opened. Do watch for the announcement in the
Tribune.
And we'll be having a special show for Summer Solstice, less than three weeks away.”

The Black Stallion and the Lost City by Steve Farley
Entangled (A Tryst Novel) by Alex Rosa
Her Lycan Lover by Susan Arden
Bloodlands by Cody, Christine
The Martini Shot by George Pelecanos
No Going Back by Erika Ashby
Man Who Was Late by Louis Begley
The Sapphire Heist (A Jewel Novel Book 2) by Lauren Blakely
A Field Guide to Vampires by Alyxandra Harvey, Craig Batty
A Daughter's Perfect Secret by Meter, Kimberly Van
Our partner