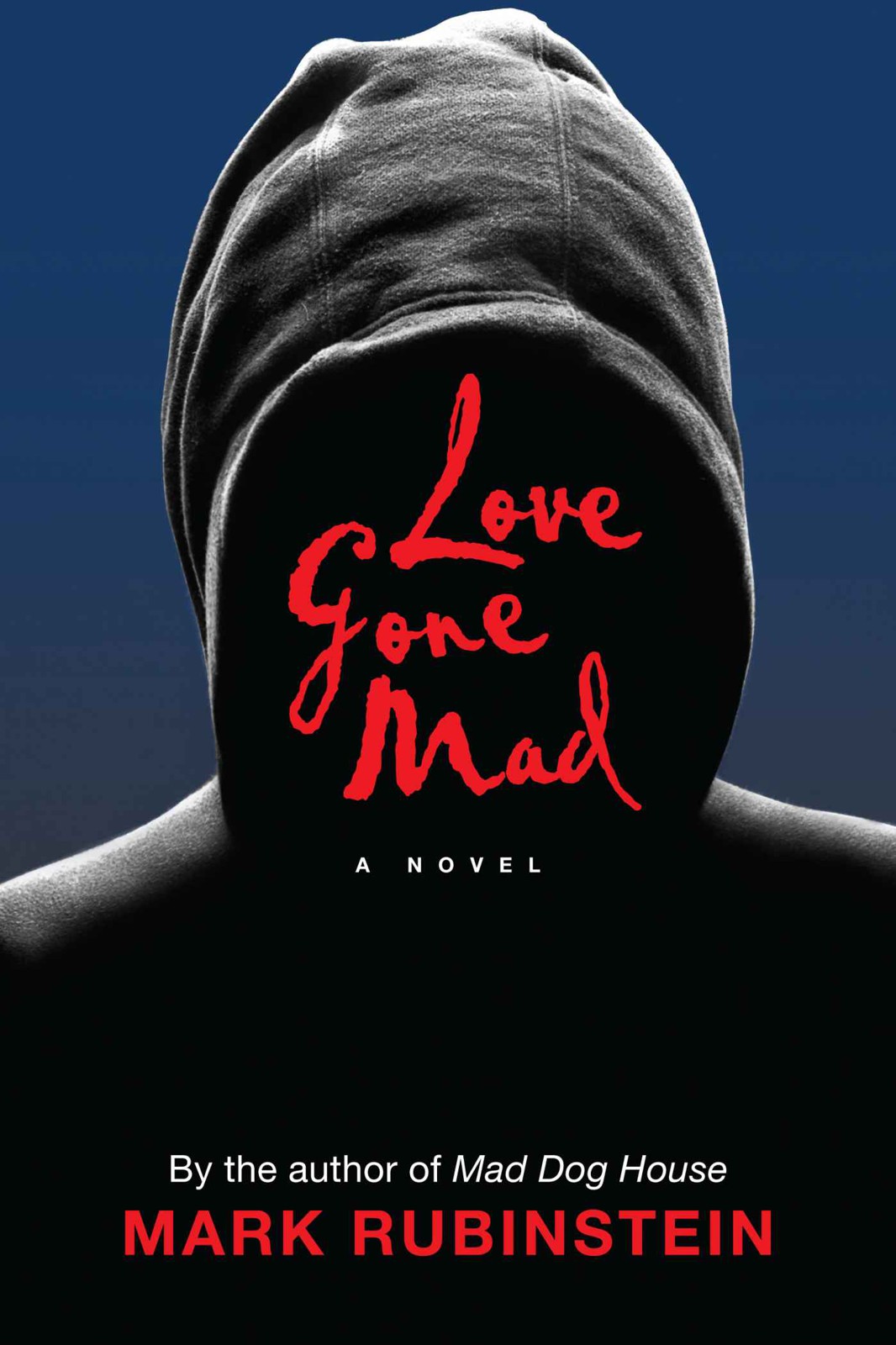 “Holy smokes, I loved, loved, loved this…. This was a thrill ride; I couldn’t put it down. I recommend it highly.”

“With his experience as a forensic psychiatrist, Dr. Mark Rubinstein takes readers inside the mind of a man that is dangerous, delusional, insane to a point, brilliant, persistent and definitely diabolical as he manipulates lawyers, judges, doctors and an entire courtroom. Once again Mark Rubinstein pens a novel that far surpasses many others and is right up there with John Lescroart, Daniel Silva, James Patterson and Phillip Margolin.”

“A fast-paced, exciting mystery sure to hold readers’ attention.”

“I stayed up all night to read
Mad Dog House
. I didn’t plan on it, but when I got into it, I couldn’t put it down. It was fantastic, riveting, suspenseful, twisting, loving, horrific—and I’ll never go into the restaurant business, ever. I just kept reading faster and faster to find out the ending.”

“The characters in
Mad Dog House are
compellingly real. It was a great read!”

“In Mark Rubinstein’s
Mad Dog House
, the characters—all well-developed and dripping with authenticity—propel the novel along with style and edge-of-your-seat excitement. Word of caution: be prepared for an all-night, page-turning read where you will emerge exhilarated and begging for more. Rubinstein, a master at his game, introduces us to a world of glitz, glam, sex, and intrigue. Slip into a chilled martini and settle in for a literary ride you won’t soon forget.”

“Thank you for the great adventure … made me feel like a participant. I could not put the darn thing down.”

“The characters are well-drawn, the dialog is real and not stilted … and the action is well-paced.

“A gripping, harrowing, and provocative psychological thriller, featuring a plot packed with action and intrigue, staggering and brutal twists, and deeply disturbing possibilities … the author … has a gift for delivering gut-punching surprises while raising unsettling questions about the basic nature of human nature and the inescapable hold of the past. The ending is a real shocker!”

Other Books by Mark Rubinstein

All rights reserved. No part of this publication may be reproduced, distributed, or transmitted in any form or by any means, including photocopying, recording, or other electronic or mechanical methods, without the prior written permission of the publisher, except in the case of brief quotations embodied in critical reviews and certain other noncommercial uses permitted by copyright law. For permission requests, write to the publisher, addressed “Attention: Permissions Coordinator,” at the address below.

Quantity sales. Special discounts are available on quantity purchases by corporations, associations, and others. For details, contact the “Special Sales Department” at the address above.

Orders by US trade bookstores and wholesalers. Please contact BCH: (800) 431-1579 or visit
www.bookch.com
for details.

For Joshua, Vernon, and both Ediths

A
drian Douglas heads for the operating room doors. He glances back at the argon beam coagulator, the hydraulic operating table, and brilliant OR lights. As sterile as the filtered air and gleaming instruments may be, the place is a thing of ineffable beauty. It signifies a kind of artistry, one he’s spent years mastering. Adrian thinks this after every successful surgery, and for the moment, the OR is the best thing in his life. He knows it’s good to be alive and in the life-saving business.

The patient had been dying—his heart barely able to pump blood. They had cracked open his chest, bypassed the clogged coronary arteries, and closed up in near-record time.

A stitch in time …

“Thanks, Fred. Thanks, everyone. Fabulous work, guys,” Adrian says, snapping off his surgical gloves.

“Chalk another one up for the good guys.”

Though her face is masked, Adrian sees the shine in her eyes. And he hears the smile in her voice.

S
till wearing surgical scrubs, Adrian dons his windbreaker and New Balance running shoes and then takes the elevator to the hospital’s main floor. He leaves through the emergency room. It’s a balmy night in early September, and a brisk breeze whips up the ambulance ramp, which is illuminated by sodium vapor lights. Though he’s been on his feet since six this morning, he feels invigorated with the postsurgical high he loves and doesn’t want to make the lonely drive back to his cottage in Simpson.

Looking up at the hospital facade, Adrian tells himself he’s glad he left ground zero of the medical universe—Yale-New Haven Hospital—and took the job at Eastport General. He’s in on the ground floor of an exciting new heart surgery program. At Yale, he’d be just another guppy darting about an aquarium of sharks cannibalizing one another.

None of that political bullshit for me. Not anymore
.

It’s nearly midnight as Adrian crosses Fairfield Avenue. He passes a row of shuttered stores—a Kinko’s, a Wendy’s, and a Starbucks that’s closing for the evening; Adrian realizes that no barista will serve up a steaming latte, Frappuccino, or foamed macchiato at this hour. It’s time to go more downscale, and besides, a little alcohol would be better than some caffeine-laced brew. So he heads for King’s Corner, a watering hole two blocks away. He’s grown absurdly fond of this dated pub with its beer-stained mahogany bar, neon Schlitz signs, potted snake plants, and 1950s-style, CD-filled Wurlitzer jukebox. It’s so retro, it reminds Adrian of the old Irish bars in Manhattan he’d frequented as a medical student.

Entering the place, Adrian hears the first lines of Led Zeppelin’s “Stairway to Heaven.” The acoustic guitar sends out a mournful melody; it’s joined by the soulful recorder. Then comes the plaintive vocal by lead singer Robert Plant.

The place is dimly lit and smells of malt—actually, stale beer. And there’s the faint odor of piss, or, Adrian wonders briefly, is it sweat? No matter. It’s familiar, comfortable. A muted cathode-ray television on a shelf casts an aqueous hue over the place as the Red Sox play the Yankees—it must be extra innings to be running this late. Swivel-top, vinyl-covered stools line the length of the bar, like soldiers at attention before an iron-pipe foot rail. There’s a vintage tin ceiling. The dim seediness seems welcoming after hours in a brightly lit OR with its modular orbital lighting and antiseptic tile walls.

Vinnie, the thirty-something bartender, turns to him, his face creasing into a smile. “How ya doin’ Adrian?”

“How’re the wife and kids?”

“They keep me workin’,” Vinnie says, and shakes his head.

Vinnie has a flattened nose and rough-hewn features and always sports a thick stubble of beard. He looks like a guy who’s seen his share of barroom brawls. He wears faded jeans and a tight-fitting, sleeveless T-shirt. His bloated biceps are covered with a riotous array of tattoos.

“Right on, Vin,” he says as the music in a minor key hits its ethereal stride.

Adrian and Vinnie usually talk about the Red Sox. As a former college baseball player, Adrian loves the game.

A smoky vapor rises from the open top.

Adrian puts the bottle to his lips, takes a gulp, and feels the cold effervescence at the back of his throat. After a long day in the OR, the beer’s warmth mushrooms through his belly and rises to his chest. It’s followed by a deliciously light buzz. Adrian feels his muscles loosen.

The Fall by Albert Camus
Violent Spring by Gary Phillips
The Last Good Day of the Year by Jessica Warman
Dead Man's Trail (9781101606957) by Leslie, Frank
Mumnesia by Katie Dale
Straight To You: A Novella (Taking Chances Series Book 1) by Liwen Ho
The Visitor by Sheri S. Tepper
Love Beyond Time by Speer, Flora
Burning Stone by Viola Grace
You Don't Even Know by Sue Lawson
Our partner