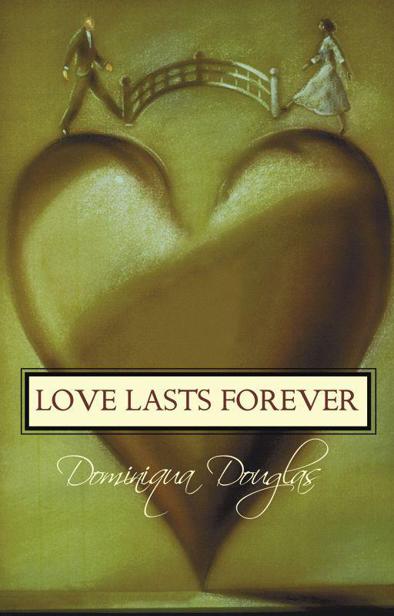 All rights reserved. Except for use in any review, the reproduction or utilization of this work in whole or in part in any form by any electronic, mechanical, or other means, not known or hereafter invented, including xerography, photocopying, and recording, or in any information storage or retrieval system, is forbidden without written permission of the publisher, Genesis Press, Inc. For information write Genesis Press, Inc., P.O. Box 101, Columbus, MS 39703.

All characters in this book have no existence outside the imagination of the author and have no relation whatsoever to anyone bearing the same name or names. They are not even distantly inspired by any individual known or unknown to the author and all incidents are pure invention.

I thank God for the words, the desire, and the gift. Without Him, I would never have written the first word.

I also want to thank my family for teaching me how to read and encouraging my love of books. Their love and support brought me from reader to author. My friends and my first readers inspired me to put my fingers to the keyboard and view the blank white computer screen as a space for infinite possibilities.

Finally, to the reader, I hope you will enjoy Thor and Willow’s journey as much as I have.

Thor Magnusen sat alone in the downstairs den of his isolated split-level home as the wide screen television hummed and vibrated with colorful images and excited voices. In the darkened room, he sat transfixed. Gaze riveted, he leaned closer to the set. At the bottom of the screen, a digital display counted down the seconds. His heart pounded an erratic beat as the moment of his greatest disappointment appeared before him.

The sound of breaking bones exploded in Thor’s ears. He winced. Although he’d played the football game almost a year ago, his flesh burned with remembered pain. His throat constricted in frustration. Bitterness settled in the pit of his belly, creating a sour aftertaste. The shining moment for the Atlanta Falcons’ backup quarterback came and went in less time than the blink of an eye.

He wasn’t sure why he tortured himself by watching the video repeatedly like clockwork. The play had been classic. He called it, his teammates responded, and the ball soared from his hand with the grace and determination of the team’s namesake.

The tackle from the defensive lineman had been like no other. The powerhouse drove him into the ground, pummeling him like a butcher with a pound of steak. Nothing in all his experience prepared him for the excruciating pain that followed.

Standing six feet one and weighing one hundred ninety-five pounds, he didn’t have an ounce of fat on him. His body was a fine-tooled mass of muscle and withstood countless tumbles. Hell, he had played the game since childhood. He took his licks dry-eyed and like a man, but a cracked collarbone and an arm broken in two places brought tears to his eyes. Later, when the doctor told him he would never throw again, no tears came. He froze.

Sports announcer John Madden appeared on the screen, and Thor stopped the tape. He could only stand so much torture in one sitting. Rising from the leather recliner, he muffled a yawn. Outside, gravel sputtered in his driveway and music blasted. He groaned. He was not in the mood for company.

Jim Croce’s “Bad, Bad Leroy Brown” came to an abrupt halt as an engine died. Two doors slammed and a voice called out, “Thor! You might as well open up, ’cause we’re coming in anyway!”

Normally, he had no problem with turning his older brother, Cal, away with a promise to call him later. He doubted his luck today. The “we” business bothered him and meant only one thing. Their father was out there, too.

“Thor!” Bo, the Magnusen patriarch, shouted with the gentleness of a drill sergeant.

Escape was impossible. A dejected sigh pushed from his chest as he plopped onto the recliner. “It’s open!”

“What the hell are you doing?” His father burst through the door. He stood a few inches shorter than his youngest son, but still presented a powerful figure. Sandy brown hair mixed with gray peeked from his Atlanta Braves cap. Piercing blue eyes glowed with concern, as angry red dots colored his weathered cheeks. Hands resting on his waist, he loomed over Thor. “I’ve been calling you all day. You don’t know how to return a phone call?”

Thor shifted uncomfortably under his father’s unrelenting stare. The dark room gave him a slight shield, but that came to a quick end when Cal flipped the switch for the overhead lights.

“Hey!” The sudden brightness stung his eyes. He squeezed them shut to alleviate the pain.

“Hey, yourself!” Cal kicked Thor’s outstretched legs as he went to the entertainment center. He pushed the eject button on the VCR, and the tape oozed out. “Surprise, surprise.”

“Nothing!” Thor’s eyes shot open. He bolted from the recliner and grabbed the video from his brother. After shoving the tape inside a plastic case, he stuck it on the bottom shelf of the entertainment center. Waves of sandy brown hair flopped into his eyes, as he stood upright. He brushed the locks aside with the back of his hand. “It’s nothing, Pop.”

“He’s lying.” Cal’s tone carried accusation. “It’s that damned tape of the game again. He can’t answer the telephone because he’s stuck, knee-deep in a pond of self-pity.”

“No cursing.” Bo pointed his finger at first one son and then turned to the other. “And you, when will this end?”

The corner of Thor’s mouth twisted with annoyance. In less than five minutes, their interrogation began.
Great, just what I need
, he thought. His brows knitted together in one firm line. Biceps bulged as he folded his arms across his chest. Staring down the two men who raised him since he was five and still tried to lord over him twenty-three years later was no easy task, but he attempted it anyway.

“I’m not feeling sorry for myself! Football is the only life I ever wanted, and it’s gone. I’m sorry if I’m not dealing with it the way you two want.”

Bo regarded Thor in silence as Cal rolled his eyes. “There’s more to life than football.”

Thor’s eyes narrowed. “Not everyone wants to spend his life hiding behind a book, Cal.”

“Who’s hiding?” The brothers stood nose to nose. “You’re the one all holed up in your house, refusing to answer the phone, and repeatedly watching a stupid tape. No matter how many times you watch it, the outcome will be the same. He sacked you hard! It wasn’t your fault, so move on already!”

Heart pumping wildly in his chest, Thor’s hand tightened into a fist. His brother’s words rang true, but he didn’t want to hear them. Hell, he hadn’t even invited him over. Why did he have to put up with this?

Why can’t they just leave me alone?

“Cal, that’s enough.” Bo’s hand closed around Thor’s clenched fist and held firm until his grip relaxed. “We didn’t come to yell at you.”

“Oh, no?” His voice dripped of sarcasm. Hurt flashed in his father’s blue eyes, instantly shaming him. He pulled his hand free from his father’s and shoved his hands into the front pockets of his jeans. “Sorry, Pop. Why did you and the professor come over? I can’t believe you drove out here just ’cause I didn’t answer the phone.”

“We worry about you, knucklehead!” Cal thumped Thor’s forehead. “I’m going up for a beer. Anybody want one?”

They declined his offer. As Cal bounded up the short staircase to the main floor, the hardwood floors creaked under his weight but father and son barely noticed. Bo eased himself onto the matching leather sofa, and patted the space beside him. He didn’t speak until Thor joined him.

“We’re worried about you, son. I know I raised you to love football, and maybe I was wrong in that, but I know that I didn’t raise you to be stupid.”

“Great, now my father is calling me stupid, too. Thanks a lot.”

“I didn’t say you were stupid, but this hiding out isn’t the brightest thing you’ve ever done. Sure, you can’t be a quarterback anymore, but you can still play. Even if you don’t want to play anymore, there’s still a life to live. I never thought I’d see the day when one of my sons would quit.”

“I’m not a quitter.” A spark of anger coursed through him.

“I’d say you’re doing a damned fine impersonation of one if you don’t get off your ass soon,” Bo countered.

“Don’t curse.” Cal rejoined them in the den. Pulling the top off the can, he jutted his chin toward his brother. “We’re going to Allatoona Lake. Come fishing with us. Forget about the game…your shoulder… everything. Relax and have some fun.”

The offer was too good to be true. The Magnusen family had owned a cabin near the lake in Cherokee County for over a century. At their grandfather’s knee, Thor and Cal learned the history of the land and their family. The cabin and the surrounding woods filled his heart even more than his own little hideaway on Stone Mountain. Fresh clean air and free-flowing streams were only part of nature’s gift to him. The place with the countless memories of family outings represented happiness to Thor, and maybe he needed a healthy dose of that.

His first real smile in months curved his lips. “When do we leave?”

A smattering of stars glittered like diamonds in the indigo sky. Yet, an oppressive cloak of humidity weighed heavily in the night air. Fall settled in Georgia, promising a healthy downpour of rain. Thor inhaled a slow, deep breath. The sweet familiar fragrance of pine and the intoxicating scent of the coming shower washed over him. He closed his eyes, tipped the rocking chair back, and allowed the peacefulness of his family’s cabin to comfort his soul.

Thor’s eyelids lifted. One eyebrow arched with suspicion. His brother stood with his back to him. At six feet four inches and graceful athletic ability that most envied, the older man could have pursued a career in professional basketball, but chose books instead. Cal’s passion for history far overshadowed anything he could have obtained on a basketball court.

In his role as older brother, Cal always made sure Thor understood the importance of education and grasped the lessons that the past taught. Like any younger sibling, Thor listened to his brother’s every word until the thrill of a touchdown pumped wildly in his veins and pushed everything else aside. The fleeting reminder of past dreams brought the usual ache back to his chest. Unhappiness threatened his tranquility.

He grunted, “Sure, it feels just great.”

Moving from the edge of the porch, Cal settled his backside on the wooden railing. Concern gave his voice a quiet edge. “Is the air bothering your shoulder?”

“Oh, yeah? I can’t see you missing the chance to go through that heap of junk. Go back. I’m not about to walk off and disappear into the woods.”

“I’m not out here ’cause I’m afraid of that. Pop is fussing like an old woman. He told me he didn’t need any help and threatened to tan my hide if I didn’t join you outside. Can you believe that?”

Loyalty by David Pilling
Bech Is Back by John Updike
From the Dragon Keepers' Vault by Kate Klimo
Cowgirl's Rough Ride by Julianne Reyer
The Outcast by Jolina Petersheim
Belle Fury: Manhatten Ten, Book 3 by Lola Dodge
The Naturals, Book 2: Killer Instinct by Jennifer Lynn Barnes
ROMANCING THE MOB BOSS by Monroe, Mallory
Lords of the Sea: The Epic Story of the Athenian Navy & the Birth of Democracy by John R. Hale
Cambodian Book of the Dead by Tom Vater
Our partner