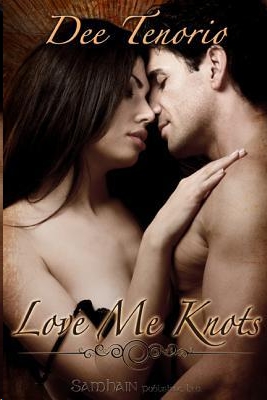 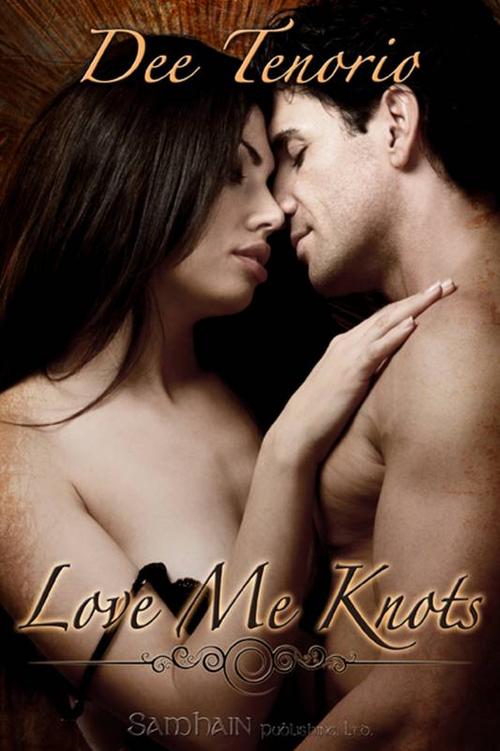 When she interrupts what looks like a tryst in her fiancé’s office, former heiress Krista James has only one thought: “It’s over!” True, they both signed a marriage contract that didn’t include a love clause. But she’ll be damned if she gives the two-timer the satisfaction of knowing she gave up her heart along with her hand.

How to say goodbye to a man who makes her forget her own name in bed, and all her principles everywhere else? Simple. Run.

CPA-on-the-rise David Ellison thinks everything is perfect. Perfectly planned, perfectly ordered, perfectly moving forward. Until he arrives late—again—for a lunch date. Suddenly he has a broken engagement, a guilty receptionist and a missing fiancée.

Tracking her down is easy. She’s traded their honeymoon tickets for a luxury holiday for one. Reasoning with her? Impossible. Especially since they always seem to end up in bed, in the shower, on the floor…everywhere but at an understanding.

David didn’t follow his woman all the way to Tahiti to return home empty-handed. To get her back, he’s even prepared to empty his heart of all his secrets.

Question is…is he prepared for hers?

Warning: Emotionally repressed, sexually gifted accountant on the loose in Tahiti, intent on seducing his lady back into his life and completely redefining the phrase “awesome lei”. Mai Tais and fresh ice recommended to counter the extreme sexual heat.

Dedication
For Desi, so she knows for sure that she’s not the only naughty one.
Chapter One

Well, this explains the empty chair at the secretary’s desk.

Krista stood in the open doorway of her fiancé’s upscale office, trapped in open-mouthed shock. The couple on the other side of the desk several yards away had yet to notice her arrival. Truthfully, she couldn’t blame them, not with all the noise they were making.

“Oh, God, yes, right there. Right there! Yes, oh God, oh
God
!” A pride-stinging litany cried out from the woman as her head bounced in and out of visibility over the top of the austere leather chair David took such pride in. Now Krista knew why—it made a great trampoline. “Ahhhhhyiiii!”

Pale blonde hair flopped up and down over the edge of the chair’s tall back where the wailing woman’s hand hung on for dear life.

“Oh come on, honey, it can’t be that good.” But even as the words left Krista’s mouth, she knew they weren’t true. David Ellison’s sexual prowess could make any woman lose her mind and her voice at the same time. Not to mention her principles, however hard won. She glanced down at her left hand where the ring David had put there glittered. The last few weeks, she’d had her doubts about their relationship, about her place in that relationship, but to have them confirmed like this…

Despite her anger, even Krista had to close her eyes, brows rising, at the piercing shriek. Once the earsplitting noise ended, she knew they were going to see her. They were going to realize they had an audience.

And that the audience was
pissed
.

When she got her hands on the two of them… The blonde, the cute girl she herself had recommended to David, was going to have ten deep nail grooves all the way down her face. And David—he’d spend the next three days with a bag of ice,
wishing
he were a eunuch. And then…then the real punishment would begin.

She crossed her arms, waiting for the chair to turn so she could spear them with a glare—

Except the panting started again, along with the disconcerting sound of skin slapping and the chair squeaking at a frightening pace.

Angry, frustrated, deprived of the scene she deserved, Krista yanked at the band on her finger, desperate to get the offensive ring off. It took some twisting, but the silver band finally ripped free. Testing the heavy piece with a quick bounce in her palm, she flung it across the expanse. It slapped the back of the chair and bounced onto the desktop with what she hoped was a clatter.

The two in the chair continued, oblivious.

At least in that, David was consistent.

“Asshole,” she growled, storming out of the office and slamming the door behind her. That was it. The final straw. She’d given way too much of herself to David Ellison and he’d trampled over all of it. Every gesture, every kindness, every last little bit of her heart. What she’d taken for the artless quirks of a man who was less than expressive were clearly just the actions of a man who had her exactly where he wanted her. Well, no more. If she hadn’t been willing to dance a jig for her father, she sure as hell wasn’t going to start spinning pirouettes for David.

Turning on her phone, she pulled up the number for her travel agent. Betty had been excellent at finding them a great deal for their planned honeymoon in May. Well, now Betty could be even more excellent at rearranging the flight.

When the other woman answered in a cheery voice, Krista didn’t waste time on chitchat. “Betty, I need you to do some serious reworking of that honeymoon plan.” She listened with half an ear to the surprised response from the other end while walking down Broadway and trying to ignore the gridlock forming next to her. “Scrap the economy package. Trade it in or whatever you have to do. I want the luxury vacation. Yeah, that’s right.
Luxury
.”

She hadn’t had anything luxurious in three years, dammit. The first two, not by choice. Such was the fate of a disowned heiress. But this whole last year, she’d worked hard to create a financial foundation she could build on. Creating credit and savings all her own. Making the shift from department store clerk to party organizer hadn’t been effortless. She’d had all kinds of setbacks and moments when a little retail therapy would have been just the ticket, but no. She’d abstained. And when her father’s not-so-subtle bribe came at the start of the year, she’d still abstained, when even a saint would have been tempted to dip in. Well, no more.

They’d planned to spend a minimal amount of money on the amenities and spend according to their whims once on the island. It was practical, David had said, even as she’d squelched her own disappointment. David hadn’t thought a honeymoon was necessary, given their unusual relationship, but he’d been prepared to indulge her. Of course, the prospect of two weeks of nonstop sex no doubt tipped the balance in her favor. The jerk.

She glared at the red light that had the audacity to block her way. “Set it for as soon as you possibly can.”

Betty didn’t ask questions, most likely being too eager for a bigger commission. “I can’t possibly transfer all the arrangements by today. First thing in the morning all right?”

“Sure,” Krista replied, not regretting even for a second the money she’d have to use for this trip or where she’d be pulling it from. The trust fund was hers to do with what she wanted and no man on Earth had a right to judge her for it—especially not the father who set it up. She ignored the twinge of knowledge that Elmore James would do exactly that. Not that it mattered.

With a sigh, she resigned herself to one last night before she could leave. The extra few hours would be fine. Made it less running away and more choosing to go. Plus it would give her time to pack and clear her schedule for the next two weeks. Not to mention plan out some vengeful schemes that would make David pay the way only a former spoiled rich girl could do.

“Oh and Betty? Be sure to book the trip for one.”

Taylor gasped and peeked over the top of the chair.

Her lover, eyes wide, clenched her hips in a tight grip. “What was that?”

“No one.” Taylor took in the empty office, still trying to catch her breath. She smiled, relief pouring across her flushed features. Maybe she’d imagined the sound of the door slamming? “For a second there, I thought it was my boss.”

“You scared the shit out of me.” Her boyfriend laughed. “Can you imagine Ellison’s face if he caught us in here?”

Taylor would rather not. She liked Mr. Ellison, but if he had a clue what she and Frankie liked to do in their respective bosses’ offices when the men were out at meetings, they’d be fired faster than her fakest orgasm. Not that she’d had any of those lately…

She checked her watch, hoping against hope that she was wrong about the time they had left, only to scramble off his lap in panic. “Get up. Hurry! He should have been here ten minutes ago!”

Flapping her hands to get him moving, Taylor looked around for her underwear. She shooed Frankie out, not even letting him zip up, though he did steal another brain-sizzling kiss before striding out like a rooster after a job well done. Once he was gone, she cleaned up at the bathroom sink, spritzed the air freshener around and wiped down the chair with a fresh leather-cleaning wipe from under the cabinet. Precious minutes passed while she made sure there was no trace of her tryst. Finally, she blew her bangs up off her face as she tiptoed out of the office, relieved. They really had to stop doing this. One of these days, they were going to get caught—

“Taylor?” David Ellison’s deep voice had her nearly jumping out of her skin.

Taylor spun, nearly colliding with the man as he walked full speed toward his closed office door, dark head down, eyes on his Blackberry as usual. She tossed it open just in time.

Her employer continued past her, not even seeing her, also as usual. He was a nice man, certainly easy on the eyes, but he had the attention span of a magnifying glass—close, tight and unwavering.

“Do me a favor and get Krista on the line for me. I was supposed to meet her here for lunch, but I got stuck in traffic. I couldn’t get through to tell her about the delay.”

“Yes, sir, right away,” Taylor promised, waiting until he put his briefcase down to head back to her desk. She’d almost gotten the door closed when Mr. Ellison called her name again. “Yes, sir?”

Taylor straightened. “Not that I know of.” The sound of the office door slamming replayed in her head.
Oh, please, please don’t let it have been Krista James. I’ll be so
totally
dead…

Mr. Ellison stood there, staring down at his desktop. Carefully, he reached down and picked up something small. Something that gleamed.

“If she wasn’t, then how did this get here?” He settled blue eyes on her, his gaze direct for the first time in months. The gleaming thing looked old, sculpted and had a big rock on it. Shiny. Precious.
Bad
.

I am so fired.

Taylor swallowed and hoped to God she wasn’t turning red.

His gaze narrowed and she had a feeling God wasn’t feeling particularly charitable.