Read Love Me To Death Online

Love Me To Death 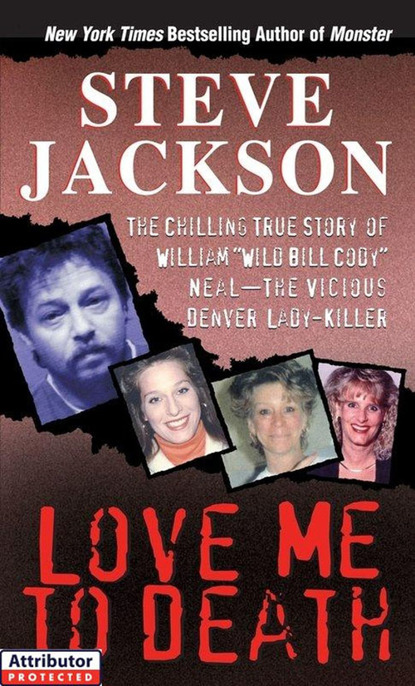 SAVAGE SURPRISE
Cody Neal had promised Candace Walters a surprise. He had her sit down, and with a flourish, he produced a briefcase. It was heavy, as though filled with cash. He wanted the weight to be a distraction, so he had filled it with newspapers. He tried to place a blanket on her head.
“No, Cody,” she protested. “I don’t want to mess up my hair.”
Neal gently draped the blanket around her shoulders. “Well, promise to keep your eyes closed,” he said as he walked behind her toward the closet where he kept the seven-and-a-half-pound splitting maul. He returned with the weapon partly raised, pausing for a moment to note how trusting she seemed sitting there.
The ax went up and then down again. Neal used the blade side of the maul to cleave deep into Wallace’s skull above her left ear. He yanked the blade out and struck again near the first mark. As she fell, he struck her again on the neck. Finished, he wrapped her head in a clear plastic bag, then dragged her body over to the fireplace and covered it with a blanket.
He was ready for his next victim.
LOVE ME TO DEATH
Steve Jackson
PINNACLE BOOKS
Kensington Publishing Corp.
http://www.kensingtonbooks.com

Rocky Mountain Romp (Rocky Mountain Bride Series Book 4) by Lee Savino
Exodus: A memoir by Feldman, Deborah
Tales Around the Jack O'Lantern by Terri Reid
La fiesta del chivo by Mario Vargas Llosa
Gate of Ivrel by C. J. Cherryh
The Emerald Flame by Frewin Jones
A Pinch of Ooh La La by Renee Swindle
Seduction on the Cards by Kris Pearson
More Than I Can Bear by E.N. Joy
Color of Loneliness by Madeleine Beckett
Our partner