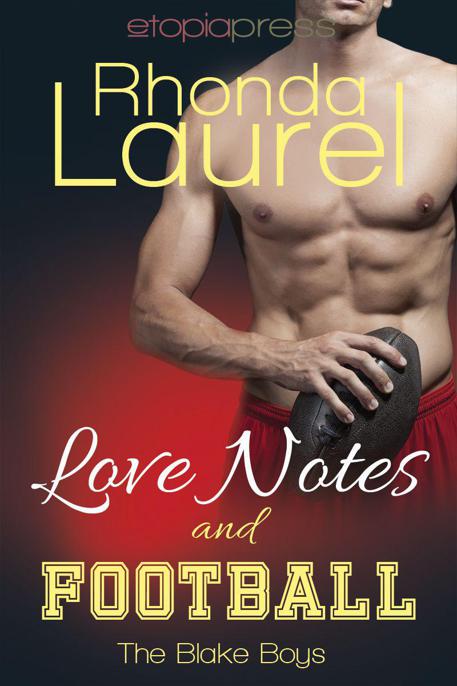 Look for these titles from Rhonda Laurel

Look for these titles from Rhonda Laurel

For the Love of the Game (Book One)

To Morgan and Seth, thank you for sharing your love with the world.

Morgan closed her eyes as the soothing music and the dim lighting washed over her, allowing her to drift away. The masseuse’s magic fingers were the next best thing to Seth’s. There was so much to do to prepare for the baby’s arrival, but all she could think of right now was how wonderful it felt to just lie still for a moment.

“Already? I must have dozed off.” She shook her head. “Thank you so much. I feel like a new person.”

Morgan put on her robe. She was due to meet her mother-in-law for lunch at the poolside restaurant. She reached inside the pocket to get money for the tip and pulled out a piece of paper that was folded with the bills. It was a handwritten note from Seth.

Our journey to love has been a slow steady walk of patience, kindness, simplicity, care, laughter and friendship. Thank you for sharing the journey with me.

Morgan smiled. Seth had been leaving little romantic notes around for her lately. In the few months since he’d renewed his contract with the Philadelphia Titans, garnering the biggest payday of his football career, their world was changing again. In five years he would retire from the sport he loved to spend time with his growing family. And he seemed determined to make sure she didn’t forget how much he loved her, especially now that she was pregnant with their second child.

“Shall I call you a shuttle?” the masseuse offered.

“No thanks. I can use the exercise.” She handed the woman the tip. The poolside restaurant wasn’t too far away. Her pregnancy waddle was coming back, but that didn’t stop her from trying to keep up with her son or trying to stay active.

A few minutes later, she opened the gate and waded through the tables until she spotted Teri-Lyn sitting at a table filled with food.

“They asked if I wanted to taste test the menu, and I thought you’d like that,” Teri-Lyn said as she approached the table.

“Good idea.” She rubbed her hands together.

“You don’t know the half of it. These robes are so soft. I feel like I’m wrapped in a cloud. Do you think we can take these when we leave?”

Teri-Lyn chuckled. “Since your son is the proprietor, I don’t think it will be a problem.”

The five-star golf resort was a birthday present to little Jake from his grandfather for his first birthday and boasted a spa, five swimming pools, a kids’ play area, a mini golf course, horse stables, and three restaurants.

“I don’t know,” Morgan said. “Seth was teaching him about bottom lines last night when they reviewed the operating budget for this place. How was your mud bath?”

“I haven’t felt this good in years.” Teri-Lyn poured her a glass of iced tea.

Morgan sat down and got to work on the smorgasbord. She was elated that the nausea stage of the pregnancy was over, but now her appetite rivaled Seth’s. The baby was nudging her to make a giant sandwich of everything on the table.

“These turkey sandwiches are delicious.” Morgan rolled her eyes heavenward.

“Not worried about fitting into those nostalgic, high-school jeans of yours?”

“I made a deal with Seth. Healthy baby. Healthy wife. No crazy talk about diets and ill-fitting clothes.”

“Bless your heart for saying that.” Morgan blew a kiss at her.

“I wonder how the boys are making out.”

“You mean how big the wager is?”

Teri-Lyn wagged her finger at her. “I blame you. Seth turned into a golfing monster when you got him those new clubs.”

“Did he tell you what he did with his old clubs?”

“I bet he gets more use out of them than Seth did.”

“No way. He had Seth autograph the bag and now he keeps them in his den as a collector’s item. He invites his friends over just to show them off.”

“Seth loves your dad. I’m so glad he wasn’t saddled with an in-law from hell.”

“I can’t wait until you live on the ranch full-time. I get to see my grand babies every day and spend time with you.”

Morgan put down her glass. “Teri-Lyn, how did you manage having five boys? Didn’t Seth and his brothers drive you crazy?”

“It was glorious chaos and I loved it. The trick is to get a good bead on those wonderful little personalities when they start sprouting up. I loved the time J.J. and I had together, but it was clear he was an independent thinker. So while I was bonding with Seth, J.J. was in toddler mode, learning how to do things for himself. The two of them helped me see what to watch out for with Tyler and Channing. And when Tate came along, it felt like he and Seth were like fraternal twins and he just folded into the mix.”

“No nasty fights? I remember my brothers had the most epic battles. Then they would go outside and play together, like nothing happened.” She rolled her eyes.

“Please, those boys roughhoused so much they looked like a cloud of smoke with the arms and legs sticking out like in the old cartoons. It’s normal for boys. I know it sounds sexist, but I’d be more concerned if they were well-behaved. That’s when you know they’re covering something up.”

“I just want Jake to feel good about having a sibling. Being the last child and the only girl, I felt like I was on an island by myself. Everyone was always whizzing by me, but my mom would try to help me keep up with my brothers. Then she died and there was no one to help me, so I just did my own thing.” She sighed.

“So have you given up hope on having a girl?”

“How can I argue with the airtight scientific analysis the Blake men offered?” Morgan folded her arms over her chest.

Teri-Lyn laughed. “Boy or girl, it doesn’t matter to me. I am going to spoil my grandbaby something silly.”

Morgan looked up and saw Seth sprinting in their direction. Why was he running like something was on fire?

Morgan gripped the arm of her chair. “What is it? Is something wrong with Jake?”

“Jake’s fine. He’s with my dad.” Seth knelt down next to her, unclenched her hand from the chair’s arm, and wound his fingers through hers. “I just got a call from Jared.”

A wave of nausea hit. “What did he say?” The baby did a somersault while her stomach churned.

“Your dad had a heart attack. We need to get back to Philadelphia immediately.”

Morgan couldn’t remember how she’d gotten back to their suite. She packed like a zombie while Teri-Lyn took care of Jake’s things. Seth called the airport and put the plane on standby for immediate departure. When he was finished with the call, he closed the bedroom door and pulled Morgan into a tight embrace. The comforting, rhythmic movement of swaying back and forth allowed her to open up the floodgates. She bawled in the safety of his arms.

“He’s going to be OK.” Seth kissed her on top of her head.

“I wish I could believe that. Did Jared tell you what happened?”

“He said your dad and Avery were out in the garden when it started.”

“Oh no! She was there by herself?” Morgan wiped the tears from her eyes. Her teenaged niece shouldn’t have had to witness something like that on her own.

“Jared said she knew what to do. Robert had her take a first aid class last summer. She sprang into action and saved Curtis’s life.”

“Don’t worry, Curtis is tough, just like his daughter. He’s going to pull through.”

There was a soft knock at the door and the handle jiggled. It must have been Jake.

“What are we going to tell Jake?” Morgan sniffed.

“We can tell him the truth in the simplest way possible.”

Morgan went into the bathroom to splash some cold water on her face. What was the point of coming up with something casual to say when her eyes were all puffy and swollen? She put a washcloth on her forehead and looked in her cosmetic bag for the candy bar she’d stashed in there.

She listened as Seth explained to Jake why they were cutting their trip short. The toddler accepted the change in plans and asked Seth to fix one of his toy cars that had a broken wheel.