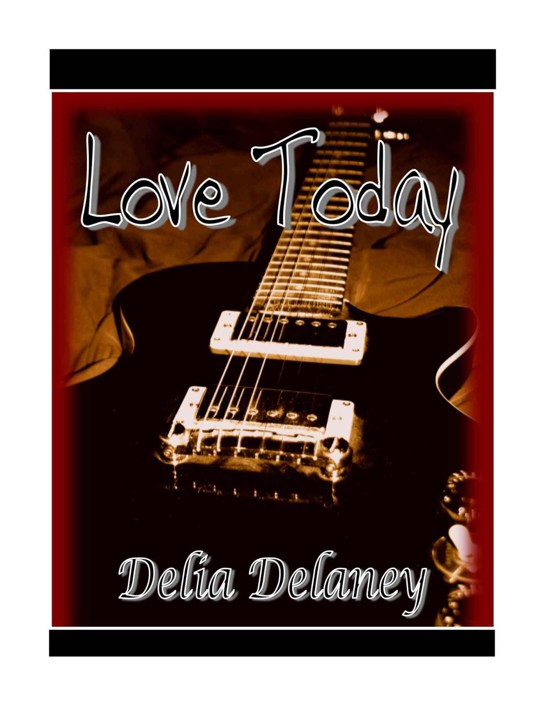 “Love is of all passions the strongest, for it attacks simultaneously the head, the heart, and the senses.” --Lao Tzu

The characters and events portrayed in this work are entirely fictitious. Any similarity to real persons, living or deceased, is purely coincidental and not intended by the author.

“Why do parents put themselves through this crap?”
Lexi
murmured to me.

I
smiled and was ready with a witty response, but there were a couple of moms next to me that just may have heard my friend’s comment.

“
Yay
, let’s go Maggie!” I cheered as she jogged along the field in front of us. She smiled and waved at me just as the ball came her way. “Ooh, pay attention, honey,” I cringed. The ball went right past her and she almost collided with another kid.

Lexi was picking at a hangnail when she said,
“You know you come to these things more than your sister does, right?”

I gave her a frowning side-glance.
“Is that supposed to be a rhetorical question?”

Obviously Lexi was bored, but I was still thankful that she would bide her time with me. I didn’t know too many people in Washington
,
but
Lexi
had
be
friended me instantly. She was my sister’s hairdresser
, and the first time I went to Lexi for a trim, she invited me to hang out with her sometime.

She gave a one-shoulder shrug.
“Well why can’t you start charging money for babysitting?”

“Hmm,” was all she
replied.

It was the end of September, youth soccer season, and I’d been to every Ladybug’s game so far. Four-year-olds were so funny to watch, and especially Maggie because she was kind of spacey
and had no clue what she was doing
. But my sister
had only been to one of her daughter’s
games; the other
days I’d get the expected plea of
, “Taryn, can you please, please, please take Maggie to her game today? I can’t because…” And then I’d hear some lame excuse as to why she couldn’t be there.

“Who’s the hot dad across the field?”
Lexi
asked all of a sudden.

I glanced across the game to where she was looking. I figured she was talking about the guy in the navy blue sweatshirt since he was the o
nly one
I spotted
that was good-looking.
He had dark hair, was fairly tall, and seemed to have a casual air to him.

I shrugged and replied, “I don’t know. Why? You moving on to married guys and dads now?”

She laughed. “No. But if he’s going to keep staring over here, I’d like to know why.”

I wasn’t concerned with it, especially when the whistle blew to end the game.
I packed up my stuff and headed toward my niece.

“Hey
,
Maggie Mae! Good job, my superstar!” I gave her a
high five when she came off the field
.

“Great job, Maggie,”
Lexi
told her.
“I like your hair in pigtails. And the red ribbons, too.
Did Taryn do that for you?” Maggie nodded and then
Lexi
turned to me and said, “I gotta get going.”

“Okay. Tell
Muffy
and
Fifi
hello for me.”

She rolled her eyes but smiled and said, “Guthrie and Benoit.”

“Ha
ha
, whatever. Have fun
walking your mongrels
.”

After
Lexi
left
, I knelt down at Maggie’s level. “
You ready to go?”

I glanced at my watch and said, “Okay, let’s go get something
to eat
. But your team is handing out treats right now. Why don’t you get a treat and then we can go.”

I waited for a minute, observing the other parents and kids
around me. I was only twenty-one
—way too young to be a full time soccer mom already
.
M
y sister was
four
years older than me, and i
t was unfortunate that she considered her
corporate
life to
be
more
important than her daughter’s. B
ut the rest of us didn’t want Maggie to
pay for her mom’s choices
, and even tho
ugh I was a little reluctant
to basically become
a
nanny for my sister, I was glad that I had
.
Maggie
and I got along great, and al
though I wasn’t a natural in the “mom” department, I did make a pretty good aunt.

“Excuse me,” a voice said behind me.

I turned around to face the guy
Lexi
had pointed out earlier, the hot dad from the other side of the field.

“Is this your phone?” he inquired, holding it out for me.

“You, uh, jus
t… Well, you dropped it
when you were making your trek west.”

I glanced down at the pile that I’d set aside for the moment: a chair, a blanket, my jacket,
my camera bag,
and an umbrella.

“Yeah, I um…kind of planned for whatever I could,” I smiled.

“First year of soccer?” he asked.

I had tried not to study him too much up until that point, but I couldn’t help it. I know I paused, caught off-guard by how
nice
his smile was.
He was even better looking up close, with dark eyes, and a hint of stubble that worked well with that nice smile.

“Uh,
yeah, pretty much
,” I finally said. “Um, a
t t
he first game—in August, when it’s supposed to be sunny and warm—
it
poured down rain. Uh,
I
wasn’t prepared for that.
Another
morning was what, forty degrees
? –A
nd windy.
Then there were a couple of pretty normal games, and then last week was the rain again… I don’t know. I can’t keep up.”

He smiled and nodded his head. “That’s northwest weather for you. Are you not from around here?”

“Is it that obvious?”

He smiled again
and seemed to study me for a moment
, and whereas I first thought I was just talking to another parent at a soccer game, now I got the feeling that he was interested in me on a personal level. He seemed to be giving me that “yeah I’m kind of into you” look. I’ll admit that he was a great looking guy,
especially
with
those beautiful dark
eyes,
but really…

“I’m
starving
,” Maggie said dramatically, dropping her water bottle and sweatshirt on my pile of stuff.

It was my escape, and I took it.
“Well let’s go eat, then. What do you feel like eating?”

She gave me a look that said, “Why not?”

I realized soccer dad was still present, so in an effort to be somewhat polite as Maggie was trying to drag me
away
to the parking lot, I said, “Thank you so much for picking up my phone. I really appreciate it.”

He held out his hand, so I
stopped to shake
it. “Taryn. Nice to meet you.”

“Uh, do our teams play each other again?”

“Oh, right. Well, okay. Bye. And thanks again,” I added, attempting to pick up all of my
pile
again. Now I had Maggie’s things to deal with, so after asking her to carry her own
stuff
, I draped my jacket and the blanket over an arm and scooped up the chair and the umbrella.

“Can I
help you carry something?”
Zack
asked
. “Here
, I’ll take the chair,” he said
without waiting for a response. He took it from me just as Maggie went skipping along with Abigail, so I decided to start following her.

“Thanks,” I told him. “Think a wagon would work better?”

“Probably,” he agreed
. Then he smiled again and asked, “So where are you from?”

“Yeah, exactly. How would you know that?”

“My best friend from college is from Kensington.”

“His name is Dave W
ilki
ns. You don’t happen to know him, do you?”

I thought for a second, but it didn’t ring a bell. “No, sorry. Bigger world than I figured.”

He chuckled as I kept an eye on Maggie
entering
the parking lot. She said goodbye to Abigail when I motioned her over, and then we crossed the aisle to my car.

“Thank you for the help,” I told him as we stopped at my trunk.

“No problem.” He waited while I tossed the other things inside and then handed me my chair. It was then that it dawned on me… What the heck did he do with his kid?

I glanced around the parking lot, wondering if maybe the guy had a wife
(or ex-wife)
nearby waiting for him. Maybe the little girl was with her.

“So how long have you lived in the area?” he asked as I shut the trunk.

“Um, just through the summer. My sister lives up here so I came up north to, uh, help her out with a few things.”

“Did it turn into a permanent situation, or do you still plan on moving back?”

“W
ell, right now I’m not really sure. I actually got a lot of work that I wasn’t expecting up here. I’m a photographer,” I clarified, especially because I knew he’d ask. I wasn’t sure why I was ju
st rattling off my life for him, but I chose to hold back on the nanny aspect of it.

“Yeah I noticed your fancy equipment there,” he smiled, nodding to the camera bag still over my shoulder. “I thought maybe you were taking pictures for the Seattle Times or something.”

I smiled and shook my head.
“
Nah,
today
was just for fun. It’s a habit that never goes away.”

He slightly nodded. “So…what kind of photography do you do? Anything, or do you
prefer
something in particular?”

“Well, I’ve photographed just about everything over the
past few
years. But up here there’s a different scene for the outdoors. I’ve been having fun exploring that, I guess. I’ve also done a few different
business
events up here. M
y sister is the public relations director for her
advertising
company.”