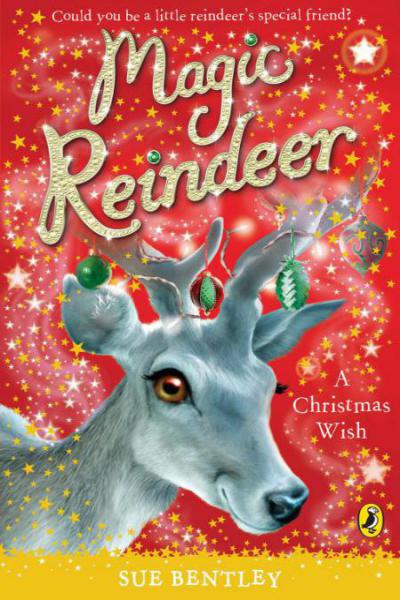 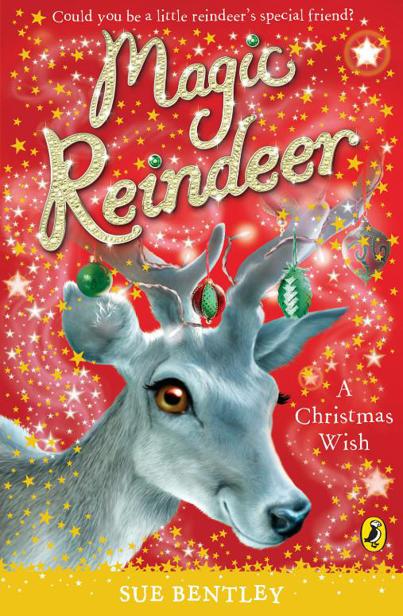 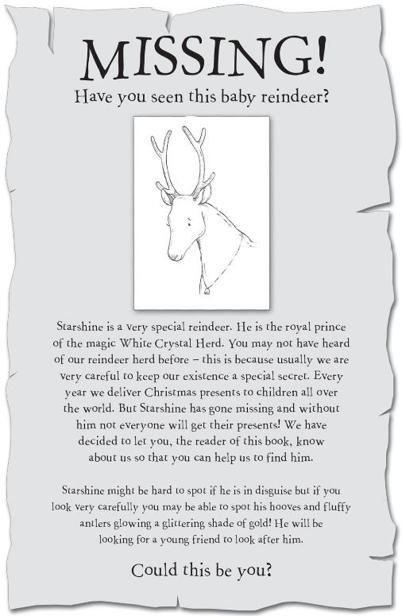 Sue Bentley’s books for children often include animals, fairies and wildlife. She lives in Northampton and enjoys reading, going to the cinema and watching the birds on the feeders outside her window. She loves horses, which she thinks are all completely magical. One of her favourite books is
Black Beauty
, which she must have read at least ten times. At school she was always getting told off for daydreaming, but she now knows that she was storing up ideas for when she became a writer. Sue has met and owned many animals, but the wild creatures in her life hold a special place in her heart. 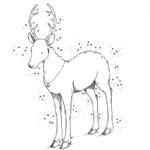 To our animal friends everywhere. We love you. 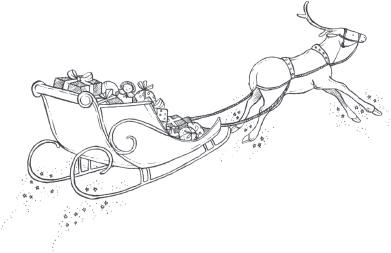 ‘I’m coming too!’ Starshine cried, galloping towards the ice bridge after the White Crystal reindeer herd. As he lifted his head, his chocolate-brown eyes flashed with determination.

It would be a long journey through the night sky to deliver presents to children all over the world. But Starshine had been practising by leaping high over the snow-covered trees into the night sky, and galloping among the stars. He knew he was ready to join the other reindeer.

Moonlight gleamed on the young reindeer’s fluffy white coat and glowing gold antlers and hooves. The tiny gold snow-globe he wore on a chain round his neck tinkled softly.

‘Yay!’ Starshine cried, as with a twitch of his short tail he soared upwards into the night sky.

Just ahead of him galloped his older brothers Moonfleet and Dazzler. The herd stretched into a single line as they sped ever higher, leaving a silvery trail of hoof-prints behind them in the air.

Starshine panted a little as he strained to keep up.

Suddenly there was a bright flash and an enormous reindeer with a wise expression appeared next to him. He had a thick golden neck-ruff and magnificent spreading antlers.

Starshine puffed out his little chest. How proud of him the reindeer king must be.

‘I know that you are eager to run with us, Starshine. But you are not yet ready for this task. Turn back now,’ the king said gently in a deep, soft voice.

‘But I am strong and fast!’ Starshine protested. ‘Please let me go with you!’

The king shook his head, his deep amber eyes gleaming with affection. ‘That is not possible, my son. We have a long way to go and many presents to deliver. I am afraid that you would hold us up.’

‘That is enough,’ the king said firmly. ‘Return to Ice Mountain Castle, Starshine. We will speak of this later.’

He hung back a little as his father rejoined the herd. They disappeared into the night and their trail of shimmering silver hoof-prints began to grow fainter.

Starshine glanced dejectedly over his shoulder. His icy home world was just visible far below him. Why did
he
have to return to their castle just because he was the youngest? It wasn’t fair. Moonfleet and Dazzler had all the fun.

He’d prove to them all that he
could
keep up! On impulse, the young magic reindeer leapt forward again. His breath came fast as he galloped through the star-pricked blackness.

But where was the trail? He couldn’t see a single glowing hoof-print. Starshine trod the air in panic; his legs felt so heavy.

The golden snow-globe round his neck began to glow. There was a flash of dazzling bright light, and a starry mist of silver and gold surrounded him. Starshine snorted weakly as he felt the magic envelop him and float him gently downwards…

‘Marie Zaleski?’ the class teacher called, looking up from the register.

‘Yes, sir!’ Marie answered. She blushed as there was a ripple of laughter from the girls sitting at the desk opposite.

‘You’re supposed to say, “Here, Mr Carpenter”,’ Shannon James jeered. ‘But he wouldn’t understand you anyway!’ Shannon was the most popular girl in class. She had shiny dark-brown hair and a pretty heart-shaped face.

Marie went even redder. She had lived in Poland for most of her nine years and spoke perfect English. But Shannon took every opportunity to tease her about her accent.

‘I like the way Marie talks. It’s different,’ said a boy’s voice from the desk behind her. It was Chris Robins, a lively boy with a cheeky expression who was always messing about. 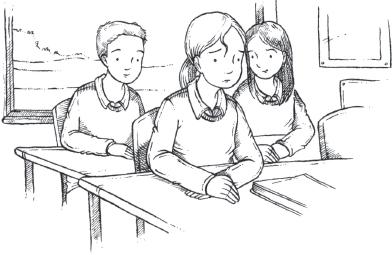