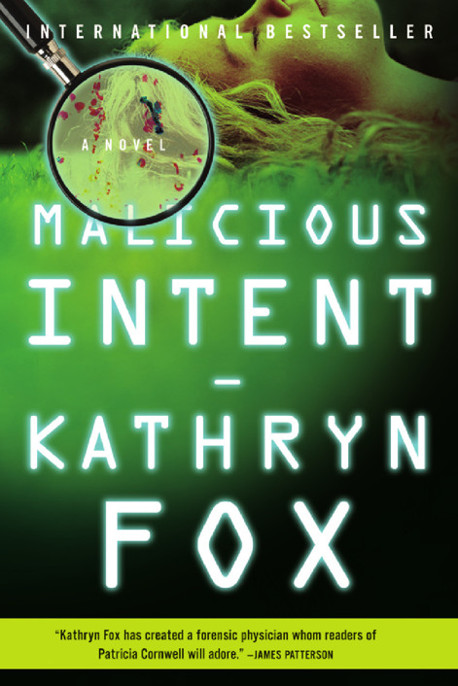 To Mum and Dad for giving me the heart, soul and wings to fly.

With eternal thanks, respect and love.

Clare Matthews was cold, wet and late for dinner – again.

Dr. Anya Crichton sat in the witness box and surveyed…

Anya entered the histology lab at the State Forensic Institute…

Two days after her court appearance, Anya caught up with…

Senior sergeant John Ziegler had been on call the night…

At eight o’clock the following morning, Anya stood in

Dr. Jennifer Wallace’s surgery was nestled between a pharmacy the…

Early the next morning, Anya pulled into the car park…

Anya studied the computer screen. On the desk lay the…

The man in the car watched Mohammed Deab park his…

Anya put the suitcase in the trunk and slammed it…

Moot court began at eight-thirty the next morning. Each…

At four o’clock the following morning, the high-pitched beep…

Dan Brody ushered Anya into his office. ‘Sorry to call…

Peter Latham looked at the pile of work on his…

Anya pounded the treadmill and raised the incline. Sweat leached…

Once showered and changed, Anya drove through Newtown, past the…

The taxi driver honked as Anya grabbed her keys. She…

After clearing security and being escorted upstairs, Anya sat down…

Brian Hogan shook his head. ‘Shit. There could have been…

The following day, Anya returned to Cleveland Street and

Mmmy!’ Ben jumped out of the backseat and ran to…

On Monday morning, Elaine arrived during the second bowl

Anya plugged in her PowerPoint presentation and glanced around the…

Searing pain shot through the woman’s chest and left shoulder.

As a passenger in Dan Brody’s Ferrari, Anya noticed things…

She saw another white light, this one bright and warm…

Anya answered the door, dressed in a striped T-shirt and…

Anya couldn’t get comfortable in bed. Neither hot nor cold,…

Anya drove along Old Northern Road, past a weatherboard school…

Elaine opened the mail and presented Anya with a series…

While you were out, a medical student popped in.’

Anya stepped out from the lift and saw Professor Jules…

Returning to her office, Anya couldn’t help wondering why

Inside Kate’s flat the following evening, Anya tried not

The next morning, Anya arrived at the home of Dr…

Anya stopped outside the hospital florist. A row of

After leaving the hospital, Anya called the nursing home

Anya arrived at Western District Hospital at 8:30 am.

The director of intensive care came out of the unit…

At seven o’clock on Saturday morning, Ben sat down to…

Anya went back inside and locked the door, her hands…

Kate Farrer sat on her lounge room floor wading through…

Anya entered the atrium of the National Research Center for… 293

Anya was exhausted by the day. She switched on the…

When the sound abruptly stopped, the silence made Kate’s

After two hours with crime scene at Kate’s house, Anya…

Vaughan peeled away the yellow cloth and Anya stepped back.

Life began to hemorrhage from Vaughan Hunter. His breathing

Inside Castle Hill police station, Hogan and another detective

Clare Matthews was cold, wet and late for dinner – again. As the train pulled into Seven Hills station, she peered along the empty platform through teeming rain and braced herself to dash for cover. Two or three steps later, the full force of the storm unleashed itself, snapping her umbrella inside out. Dodging puddles, she sprinted up the stairs, along the overpass and down the ramp to the multilevel car park. Safely inside the entrance, she had a coughing spasm, and wiped her nose with a sodden cardigan sleeve. A group of teenage boys on the stairs above wolf whistled.

Clare’s pulse pounded. She’d worked with girls who’d been raped in situations like this. Turning around brought the realization: no one else had left the train. The usual peak-hour crowds had long gone, escaping early for the weekend.

Repulsed, Clare turned and pulled away, but he grabbed her from behind, thrusting his pelvis into her back. The others laughed. She swung her bag at him and ran up the stairs.

Halfway up, two more appeared and blocked the way while a pair of hands groped her breasts.

‘Leave me alone!’ she screamed, struggling to push them back.

The one in front pulled her skirt up to her waist and shoved a fist between her legs. With one hand fending off the fist, she used the other to ram the broken umbrella spoke into what she hoped was his groin. He instantly withdrew, clutching himself.

She ran up the remaining flight of stairs as fast as her legs would allow. Swearing followed by loud laughter echoed through the concrete stairwell.

Clare pulled open the doorway to the car park’s second level as pain stabbed at her rib cage. Suppressing another cough, she frantically tried to remember where she’d parked her car. Back on the stairwell, the laughter and noise stopped. The silence frightened her more.

Grabbing the house keys from her bag, she crouched behind a cement pillar, unable to see her car.

As soon as they come out that door and start looking, I’ll get down
the stairs and back to the platform.There’s got to be someone there by
now.

Then she saw the man. Thank God she wasn’t alone. Holding her chest with one hand, she hurried to where he was standing.

‘This is the third time I’ve called.’ He spoke loudly into his mobile as she walked briskly toward her Volkswagen. ‘It’s a black BMW.’

The man managed a harrowed smile before moving away to continue his conversation. Clare turned around. No one was following. Her body shuddered with relief. Her car was just down this aisle.

She took some slow, deep breaths and looked back at the man. A broken-down BMW. So God had a sense of humor, after all.

Hands trembling, she fumbled with the key and opened the PROLOGUE

door of her yellow VW. Leaning in, she quickly threw her bag onto the backseat. Shards of glass covered the seat and floor.

‘They’ve been at my car too.’ The lawyer approached, briefcase in hand. ‘Only they tried to steal mine and destroyed the ignition barrel in the process. It won’t start.’

Clare’s eyes flicked to the stairwell door. No one else was on the level – yet. ‘We should call the police,’ she managed, feeling a pang of guilt about thinking he’d broken down.

‘I’ve done all that. With the storm and the Friday night exo-dus, they’re caught up with accidents, and the Motor Club will be at least two hours. They said the best thing is to drive to the local police station.’ He glanced around the near-empty car park.

Clare couldn’t stop watching for signs of the gang.

‘We can give a statement and at least get home tonight.’ He paused as if waiting for an offer. ‘Is there any chance you could drive us? Ordinarily I wouldn’t impose, but I’ve already been here an hour and no one else would help. With that pack of hoons on the loose, who knows what they’ll do next?’

After the way they grabbed her in the stairwell, Clare didn’t waste time. ‘Okay,’ she agreed, reaching in to pull a rug from the backseat. ‘Quick. You can use this to wipe off the glass.’

With a grateful smile, the man brushed at the broken frag-ments and climbed into the passenger seat. An isolated car park was the last place either of them wanted to be.

Still shaking, Clare climbed in and started the ignition. The engine turned over and cut out. The man leaned forward, almost willing the car to move.

Clare took a deep breath, reached down and pulled out the choke, continuing to pump the accelerator pedal.

A screech of tires startled them both. Someone was racing around the car park above; the next screech was much closer.

‘Come on!’ Clare urged. This time the engine hummed and she released the handbrake. ‘May not be a Beemer, but she’s reliable.’

The man twisted around in his seat and stared out of the intact rear window as they headed for the exit.

Out of the car park she waited at a stop sign for an opportunity to break into the dispersing traffic.

Eventually, the man spoke. ‘Well, Clare. I was beginning to worry about you. You’re not usually this late off the train.’

Dr. Anya Crichton sat in the witness box and surveyed the room. Her gaze quickly found the teenager in the dock.