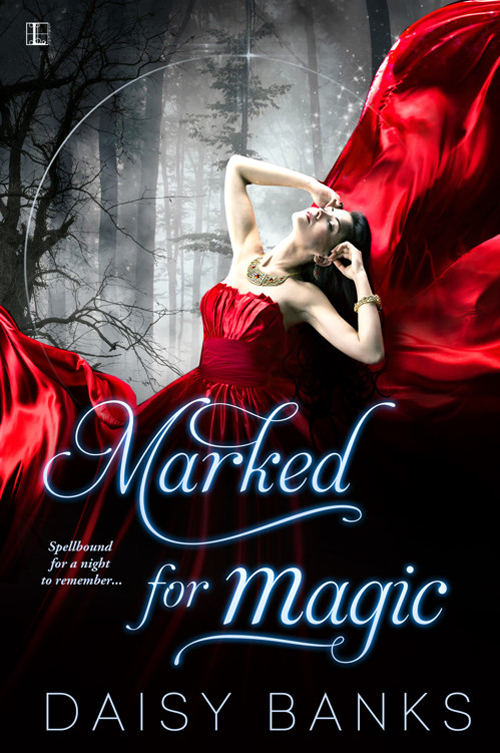 The witch mark on Nin’s hand is a curse. She has no magic powers, whatever the lore says. But the village believes. The old crone’s wisdom is to see her banished. Ragged and hungry, she must serve the Mage. Alone in his tower, she is his chattel. But Mage Thabit is not what Nin expected—the bright green eyes and supple form under his cloak are not the stuff of nightmares, and kindness hides in his brusque heart. Thabit senses that Nin is more than she seems, too. When true nightmares haunt the land, it is precisely her elusive powers that might deliver them…

A Matter of Some Scandal

To those from whom I have learned so much.

A while ago, as I sat idling on the train, I studied my palm. I spent some time pondering the marks in the middle. Once home, I looked the marks up and was surprised by what I discovered. The idea for this story came to me based on that research.

I am lucky because I live in a world where no one questions such strange marks. What might happen if I found myself in a place where the marks might cost me my life?

Please, gods, let him feed me before he does anything else.

Only the Mage, this tower’s owner, stood between her and death in the forest. The massive door in his round stone tower remained closed, taunting her fragile courage. Her trepidation grew as she peered around the curved wall in the hope she might find a window so she could see inside. Thick dark drapes barred her view within the glazed arch.

What happened in there?

Her gut twisted as she lifted her chin and counted four other darkened windows set in deep mullions.

Was the Mage so awesome? Did he really make magic all the day? She’d seen him in the market place when she and Alicia peeked around the edge of the potters workshop. A pity she’d not let Alicia persuade her to go look at the things he traded, but she didn’t have anything worthy to barter. How she wished now she’d been as brave as some of the others who had tried to see under the hood he always wore.

Bile from her empty stomach stung at the base of her throat. Gulping, she swallowed the bitter taste
.
Shivers ran over her skin, but she did not turn away. Whatever he did, it would be less than the death she faced as an outcast from the village.

A sigh escaped before she set her jaw.

She shouldn’t be foolish about him. She must stay here, if he would allow it.

The sun climbed over the zenith casting shadow on a corner of the door she faced. A long time had passed since dawn when Agnes had yanked her from the tiny wicker cage to face the baying crowd of villagers.

Someone had shoved her from behind toward the gateway. No one had offered a hand when she stumbled. They’d simply yelled louder until she dragged herself up. Barefoot, she’d headed out of the village.

Each time she paused on the path, they had thrown stones to force her onward. Some of the missiles had hit, one or two landing hard. Even now, her shoulder ached from one heavy thump. Once she got beyond the gate, the stones had rained down like hail. Many of them had landed near enough to force her off the village path, away into the forest edge. The big gates to the village had slammed behind her, and although she longed to cry out to be allowed back inside, she couldn’t beg. Her pleas would have only prompted taunts and laughter from those safe within the palisade.

After the iron bolts had rattled shut, she’d searched half the morning among the tall weeds for the path to this tower. As she stumbled along, she’d tried to convince herself Agnes had lied.

The Mage did good things for people. Why would he use her so ill?

Agnes screeched in her thoughts each time she dwelt on the question. “He’ll use you for a whore because you’re a witch and fit for nothing else.”

Shut up you old hag!

Nin laced her fingers together. She squeezed her palms tight until her knuckles went white. He had to be here, and he must let her stay
.
Any moment she anticipated the gleam of golden wolf eyes in the nearby bushes to announce her death.

A deep breath pushed away the panic. A fragment of courage held tight in her fist, she rapped at the door. The loud thumps echoed on the wood to send the birds squawking.

About to knock again, she raised her hand. The door shot forward. Stumbling back, she yelped at the blow to her fist and stuffed her hand into her armpit to soothe the throb.

“What do you want, wench?” The deep voice came from the shadows.

She whimpered, gritting her teeth, while she pressed her hand tight under her arm. “I’m from the village.” Her voice came out like the squeak of a mouse.

He remained in the gloom of the doorway.

She squinted to make out a brown boot beneath the hem of a green robe. Her stomach rolled. “They’ve sent me to you.”

“Oh, by all that’s blessed! I don’t want them sending me wenches. Go back to your home. Tell them I won’t want a woman until after Samhain. Tell them to send me bread instead.”

She had no hope to do as he ordered. Though she quailed at the risk of his anger, she glanced up when he stepped forward, his green hood absorbing the light. She could not see into its depths. “I can’t go back. I have the mark. They said I belong here.” Tremors shook her so she couldn’t control the babbling words. “They closed the gate behind me.”

He pushed his hood back to reveal more of his face as he bent his head toward her.

“If you won’t take me, I’ll be lost to the forest…” Her voice drained down to a whisper.

His eyes gleamed like January lake water. Green, with dark flecks, and much colder than the lake ever got. “Show me this witch’s mark. Utter superstitious nonsense, but show me.”

Sickened he should name the horror, she held out her cursed palm.

“I can see nothing. Go home. Tell them they are wrong.” He turned away.

His fine green robe swirled in his haste. She grabbed at his sleeve. He must hear her out.

From the moment Agnes discovered the mark, terror threatened to swallow her. She’d cowered while the old woman jigged about, screeching her discovery. The revulsion on the faces of those she’d known from childhood, who had applauded as the wise woman dragged her by her hair to the vile wicker cage, still filled her vision. Their contempt would haunt her forever.

With no cloak for warmth, no shoes on her feet, she shivered at what her fate might hold. Held captive in the tiny wicker cage, she’d no choice but to listen to the old wise woman who had not left her side, dripping words like poison. Those wounds festered to consume her.

He grabbed her hand as he emerged from the shadows and yanked her forward so she scurried after him into a patch of bright sunlight.

She trembled in wait for his judgment. One bare foot lodged on a jagged rock, but she dared not move. While he angled her palm back and forth, she bit her lip, not brave enough to look up from where a beetle scuttled about on the dusty earth. Long seconds passed until, unable to bear more, she glanced up.

A rush of relief surged through her.

“Aye, true enough it is there, but faint. How did anyone see it?”

His words overwhelmed. Her skin crept as if ants crawled on it. She moved her mouth to speak but no sound came.

He gave a loud tut.

The movements tiny so he would not notice, she inched her bare foot off the jagged stone. He gave no sign of understanding her fears and dropped her palm. “What is your name?”

Somehow, she found her voice. “Nin. It’s short for Ninian, but no one calls me that. It’s a boy’s name.” She rubbed at her sore hand. “Aunt Jen said my mother was so disappointed it killed her. You see, Mother was told I would be a boy.”

The mark meant the whole village now shared the regret of her birth. “And I’m not a child. I’ll be nineteen this autumn.” Small in size, she always had to put people right on her age.

He didn’t seem impressed, and with a long finger flicked a greenfly off his cuff. “Then tell me, why have they only found the mark now? If it meant something, the sign should have appeared years ago. You should have been trained from childhood.”

“I don’t know. One day it wasn’t there, the next it came.” Her words fell over each other in her haste. “Agnes. The wise woman, she saw it. They held a moot and cast me out. I am meant for you. Agnes said so.” Unable to face him after saying such a thing, she angled her head so she only saw the leaves moving in the breeze.

He gave a huge sigh. “By the sun and the moon, I don’t want you here. I have no need for an apprentice.”

Any hope of life dissolved, blasted apart by his words. She should return to the woods where all outcasts belonged, but her feet would not budge. Each breath grew harder to take while she waited for him to say something. Anything.

He crossed his arms, shoving both his hands into his wide sleeves. When she still did not move, he turned from her toward the trees. His boot tapped while a leaf sailed to the ground. Her future hovered with the oak leaf.

Her mouth dry as ash, her knees unsteady, she followed him into the dark interior.

The final crack of daylight was lost as she did as he asked. Darkness shut out the last vestige of her old life. A lump choked her throat. He strode through another doorway. Blinking to accustom her eyes to the gloom, she hurried after him into a circular kitchen.

Two torches burned on the walls. A massive, blackened, stone fireplace took up a huge amount of space, but the low fire gave off little heat.

The Mage sat near a round table. He cast back the hood. His dark hair reached past his shoulders, tied at the nape of his neck with a leather thong. Lodged in the loop was a large tawny owl feather, its black stripes almost as glossy as his hair. Head bowed, she stepped in front of him when he beckoned, then slid to her knees to await his words. The long silence pained her, so she glanced up from where she knelt.