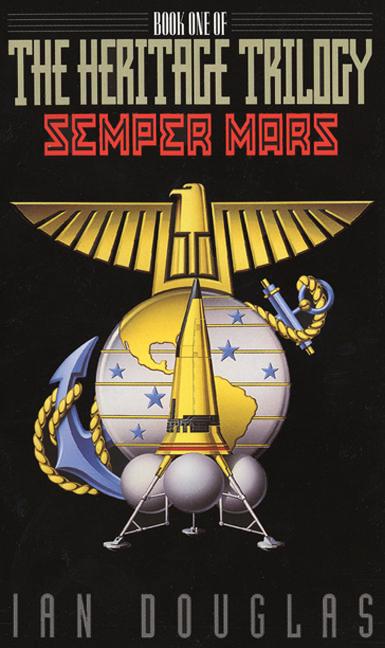 B
OOK
O
NE
OF
THE
H
ERITAGE
T
RILOGY 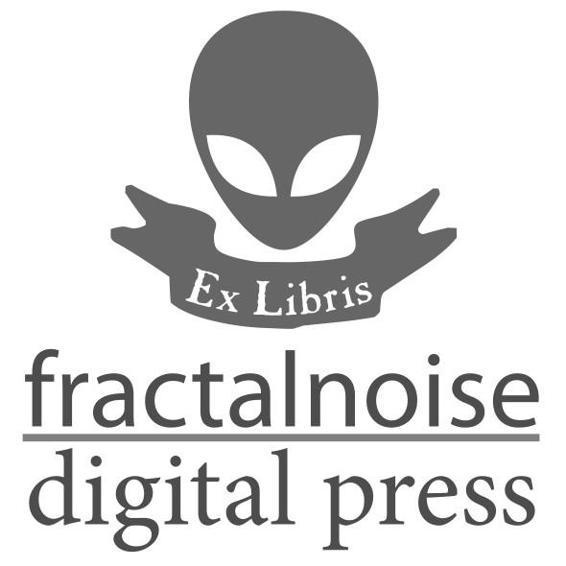 PROLOGUE
“Christ, CJ! You can’t let them do this to us!”

FIVE
“Snakebite, this is Basket. Excalibur. I say again, Excalibur.”

SIX
“All right, people!” Colonel Lloyd bellowed. “Listen up! We got…

SEVEN
Kaitlin Garroway peered out the cabin window at a sky…

NINE
The last pale glow of the sunset had long since…

TEN
It was just past midnight, the time of the day…

ELEVEN
Most of the Marines in the barracks area were asleep.

TWELVE
“I talked to Doc Casey,” Garroway told the others at…

THIRTEEN
“So, you got your lines down?” Garroway asked. It was…

FOURTEEN
It had been eight days since Kaitlin had seen Yukio,…

FIFTEEN
According to the data displayed on the seatback screen, the…

SIXTEEN
It was, Garroway thought, one of the oddest-looking marches in…

EIGHTEEN
The president looked a lot older now than he had…

TWENTY
“So,” Mark Garroway said in what he’d intended to be…

TWENTY-FOUR
“Down!” Caswell cried, throwing herself facedown into the sand. “We’re…

Office of the Chairman of the Joint Chiefs of Staff (CJCS)

General Montgomery Warhurst teetered between radically opposing strategies, storming and pleading. The five-star admiral seated behind the broad and brightly polished oak desk before him was not only his commanding officer, but his friend. He and Admiral Charles Jordan Gray went way back. They’d been middies together at the Naval Academy, Warhurst in the Class of ’08, Gray in the Class of ’07. Since their postings to the five-sided squirrel cage, they’d attended one another’s social affairs, had barbecues in each other’s backyards, and shared the same wry disdain for Beltway politics. For them, the old Marine-Navy rivalry was a seal on their friendship, banter and laughing bluster over a couple of beers.

Gray gave him a sad smile. “What’s the matter, Monty? Trying to save your job?”

“That’s not funny. I may be commandant of the United States Marine Corps, but every Marine is a rifleman first. I’d resign in an instant if it would change this. You know that. I’d give my life for the Corps, CJ. I goddamn would.”

The smile vanished. “Jesus, Monty, I know how you feel, but—”

“Do you?” Warhurst gestured at the four-meter flatscreen dominating the wall behind Gray’s desk. The display repeated in hand-high letters the document called up by the admiral’s wrist-top. The words “HR378637: The Unified Military Act” showed at the top of the neatly formatted document in punch-to-the-stomach bold. “The BBs’ve been whittling away at us for years now, cutting our appropriations until we’re damn near running on empty. Now it’s… this.”

Warhurst stopped himself. He was breathing hard, and he could feel the rising flush in his face, feel the blood hammering at his temples. His meds monitor would be kicking in any second now if he kept this up, but, damn it, the BBs—Pentagon slang for “Beltway Bastards”—never failed to raise his blood pressure.

And now they were trying to kill the Corps. His Corps!…

“There’s not a damned thing I can do about it,” the admiral said, shaking his head. His gaze flicked to the left, to the large, 3-D image of a grinning civilian on the wall to his right. “Archy’s backing this thing, and that means it’ll have the president’s approval.”

“Severin is a political hack. He’s also an Internationalist—”

“May I remind you that Archibald Severin is secretary of defense, which makes him our political hack. That means you, me, and the rest of the Joint Chiefs answer to him… and after him the NSC and the president. They pass the word, and we snap to attention, say ‘Yes, sir,’ and politics never rears its ugly face.”

“Everything in Washington is politics, CJ, and that includes the Pentagon and everyone in it. You know that as well as I do.”

“Maybe. But the final word comes from a document you may have heard of: the Constitution, remember? It says we work for the politicians. Not the other way around.”

“I never suggested any different. But this Unified Military Act is political. You know it. I know it. And there’s a political way to fight back.”

The admiral groaned, shifting in his chair. “Jesus, Monty—”

“It’s worked before. Truman? A century ago?” President Harry S Truman, a former artillery officer in the Navy, had come that close to shutting down the Marine Corps in the years immediately after World War II, declaring it to be unnecessary. Public opinion, however—the opinion of Americans who remembered names like Wake, Tarawa, and Iwo Jima—had secured a place for the Corps, by law, in the National Security Act of 1947. And that wasn’t the first time Washington politicians had tried to kill or dismember the Corps. Congress alone had tried it on no fewer than five separate occasions between 1829 and the 1940s.

And each time, public opinion, in one way or another, had played a part in rescuing the Corps from the budget cutters’ hatchets.

“I know that look,” the admiral said. “You’ve got something in mind, or you wouldn’t be in here waving your arms at me.”

Warhurst bent over, picked up the briefcase he’d set on the thick-carpeted floor when he’d entered the CJCS’s office ten minutes before, and set it on Gray’s desk. Touching the lock points, he opened it wide and extracted his PAD, which he slid across the desk, screen up.

Gray picked the thin panel up, his touch awakening the screen. He frowned as he read the document displayed there.

“Mars? You want the Marines to go to… Mars?”

Gray touched the turn-page corner of the PAD. “How big an operation is this?”

“The logistics are laid out on page five,” Warhurst said. “I’m suggesting one platoon, twenty-three men. Plus an HQ element. Thirty men in all.”

The admiral paged through several more screens. “Very complete.” He looked up at Warhurst, one white eyebrow askance. “And it’s certainly topical. But you can’t be serious.”

Warhurst reached across the desk and tapped a touch-point on the Personal Access Device. There was a moment while the PAD searched for the office’s network channels, and then the flatscreen behind the admiral’s desk flashed to a new set of uploading images. Gray swiveled in his chair to watch the display, which tinted the room with its ruddy glow.

Red sand and ocher stones littered an uneven, rolling ground as far as the eye could see, beneath a sky gone eerily pink and wan. An American flag hung from a mast in front of a cluster of pressurized domehuts, a tiny symbol of national defiance stirring listlessly in the thin wind. On the horizon, miles away but looming large enough to seem much closer, was the mountain. It reminded Warhurst sharply of Ayers Rock in the Australian outback, monolithic, vast, and red in the distance-chilled sunlight. The surface was sand-polished and smooth, its original angles, planes, and swellings worn down by the wind erosion of five hundred millennia, but the features were still discernible.

Or so some said. There were still voices—and powerful ones, at that—insisting that the so-called Cydonian Face, the Face on Mars, was a natural feature, a kind of cosmic prank elicited by shadows, coincidence, and the irrepressible human will to believe.

This despite the latest reports from Cydonia Base.

“In five more months,” Warhurst said, “Columbus will cycle past Mars and deliver her payload. They used a sealed hab payload, as was their right by the International Space Commerce Treaty… but Intelligence tells us the passengers include fifty soldiers of the Second Demibrigade, Legion Étranger—French Foreign Legion—in the service of the United Nations. That’s more soldiers than we have scientists on Mars, right now… and they’ll be armed, where our people are not.”

Admiral Gray turned away from the flatscreen, scowling. “I needn’t remind you, surely, that the administration is fighting for its life, right now. And trying like the devil to keep a low profile where the UN is concerned.”

“I’m well aware of our current… foreign policy,” he replied. The way he said it added the words lack of in front of the word foreign.

“And how is sending thirty US Marines to Mars supposed to defuse a situation that is just a step or two short of outright war?”

“Maybe it doesn’t,” Warhurst said. “But maybe the president would like an option that doesn’t have us ducking for cover every time some two-bit dictator in South America or Asia sneezes and blames us. Maybe stationing troops on Mars to safeguard our interests—and we’re still allowed to do that, I remind you, under the charter—maybe that would convince Geneva to back off and cut us some slack.”

Gray tapped several touchpoints on the PAD. The image of America’s xenoarcheological station on the bitterly cold and windswept Cydonian plain remained on the wall flatscreen, but Warhurst’s proposal came up on the PAD display. “Hmm. And, just incidentally, it ingratiates the Marines with the American public, eh?”

“Maybe the American public is tired of getting kicked around by those two-bit dictators, too, CJ.”

“Maybe. And maybe Congress won’t want to shut down the Marine Corps while thirty Marines are on their way to protect our people on Mars.” Suddenly, he grinned, a cold and lopsided showing of teeth.

“My God. SECDEF and State are going to shit their pants when they see this.” He paused and shook his head. “Damn it, Monty, why the stick up your ass? Maybe Archy and the rest are right, and it’s time to let the Corps retire, with dignity. With honor. Warfare has changed in the last century, you know… or haven’t you been paying attention? Marine amphib ops like Inchon and Tavrichanka are things of the past. We’ll never see a major amphibious landing again, not when satellites and space stations make secrecy impossible in any deployment. Do you want the Corps to end up as nothing more than the Navy’s police force?”

“There are still a few things us Marines do that the other services don’t,” Warhurst replied. He looked down at the desk top for a long moment. “I’ll tell you, though, CJ. The reason, the real reason, doesn’t have that much fact or experience or science behind it. You know I have a son in the Marines. Ted’s planning on making it his career. And his son, my grandson, Jeff. Eleven years old. He commed me just the other day to tell me he was going to be a Marine. Like his daddy. Like me. What the hell am I supposed to tell him, CJ, if they kill the Corps? The tradition? It would be like killing part of who we are.”

Gray sighed. “There aren’t any easy answers, Monty. You know that. The UN is pushing, pushing hard, to reduce all national militaries to a minimum.”

“I’ll let the politicians worry about disarmament,” Warhurst said. “What I don’t want to see is my son’s face… or Jeffie’s, when I have to tell them that the Marines are being shut down, that their country doesn’t need them anymore.”

“A hell of a note,” Gray said, “proving we need them by sending them to Mars.”