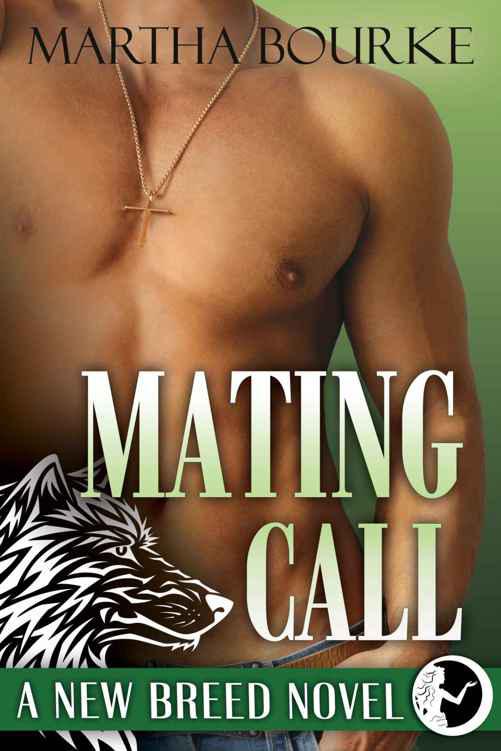 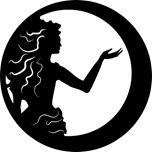 This book is a work of fiction. Names, characters, places and incidents are either the product of the author’s imagination or are used fictitiously. And any resemblance to actual events, persons, living or dead, is entirely coincidental.

In loving memory of my father, Lt. Colonel Peter Chiacchieri

We miss you, Pop.

den
(n.) Where a group of
hellions
live together as a clan, often in abandoned buildings.

gleam
(v.) The ability to open and pass through portals at will in order to move any distance. Only New Breeds possess this power. To the naked eye, it appears as though the shifter has simply vanished into, or appeared out of, nowhere.

the Goddess Akina
(pr. n.) Maya Goddess of Love and the Moon who was destroyed by her fellow gods for aiding an enemy soldier during a celestial war. Still exists in spirit form. Created the New Breed shifters to battle Toltec.

hellions
(n.) Genetically altered shifters created and controlled by Toltec.
Hellions
are physically stronger than common shapeshifters, although the change in their genes leaves them with almost no remaining
k’ul
. This unnatural balance leaves them seeking to possess the
k’ul
of other shifters, even though it is only temporary. If they take all of another shifter’s
k’ul
, that shifter will die. They are considered abominations.

in lak'ech ala k'in
(n.) Mayan term used in formal greeting between shifters and often as words of endearment with loved ones. Loosely translates to, “I am you, you are me.” Often accompanied by placing the fist over the heart.

the Initiative
(pr. n.)
Program started by Victrixa Mata to kill shifters and steal their
naguals
.

k’ul
(n.) Supernatural energy that resides in the earth and all living beings. Vital life force in nature. Different beings hold different amounts of this energy. Humans in general have very modest amounts, whereas shifters have much higher levels. New Breeds have by far the most
k’ul
. All shifters are able to identify other beings by sensing how much of this life energy they carry.
K’ul
is also connected to the lifespan of shifters, with shifter civilians living well over a hundred years. The lifespan of the New Breed shifters is unknown.

mark
(n.) Tattoo-like symbol that all shapeshifters have on the back of their neck in the form of their
nagual
. Appears when a shifter phases for the first time, usually at the age of eighteen.

mating call
(n.) An important part of shifter nature, this phenomenon may happen any time after a shifter first phases. Once this instinct is awakened between a male and a female shifter, they generally give in to it very quickly. Most shifters have very little, if any, sexual experience before they feel the call. The bond between mated shifters comes above all things, and all shifters mate for life. If the call is not heeded, the male will experience intense physical pain and mental confusion. It is possible for a shifter to experience a new mating call after the death of a mate, but this does not always occur. Although a ceremony is often held to make the pairing legal in the eyes of the government, especially when offspring are involved, shapeshifters generally do not have a religious ceremony per se. However, it is not uncommon for the male to offer the female a ring or other token of affection.

nagual
(n.) Guiding spirit and animal counterpart that exists in the Otherworld. All shifters have an animal
nagual
. The Maya, who believed that their
naguals
offered protection, often held rituals to contact these personal guides. Shifters have two souls, one human, the other of their
nagual
. This second soul guides them through instinct.

New Breed
(pr. n.) New Breed shifters collected so much
k’ul
shortly after the Transition at Chichen Itzá that they are physically changed into a new species of shapeshifter that is closer to immortal than mortal. In their human forms, they are much larger, stronger, and faster. Their hearing, vision, and instincts are heightened. Their eyes will glow around the pupil when experiencing a strong instinct, such as in battle or with a mate. They are also able to gleam. Certain New Breeds are gifted with special abilities. In addition to the marks on the backs of their necks, they also have a Maya tribal mark on their right shoulder. At this time, there are eight known New Breeds. They were chosen by the Goddess Akina to fight against Toltec.

the Order
(pr. n.) A group comprising the eight New Breed shifters. Its members are deadly warriors who swear an oath to protect both the human and shifter populations from Toltec. They are chosen through divine means and join the Order when they receive the call to serve.

the Otherworld
(pr. n.) The celestial realm inhabited by
naguals
and other supernatural beings.

permaphase
(v.) Phasing into and remaining in one’s second form permanently. This is incredibly dangerous for shifters, as they can forget their first form completely and thus lose their humanity forever. It is found most commonly in shifters after the death of a mate, as they rely on instinct while in their second form. This blocks out the psychological and emotional pain of the loss.

phase
(v.) Act of physically taking on the form of one’s
nagual
. All shifters are able to do this. It is not painful and is instantaneous. Shifters often refer to their animal form as their
second
form.

portal
(n.) A sacred space between earth and the Otherworld that allows New Breeds to pass between the worlds when they gleam. Portals are also used by shifters for rituals and communication with their
naguals
.

protective instinct
(n.) The intense urge male and female shifters feel to protect both mate and offspring. This instinct can become particularly intense in times of danger or when a female is pregnant. As with all other instincts, this impulse is heightened in a New Breed.

shapeshifter/shifter
(n.) Although they are members of the species Homo sapiens, shapeshifters contain much more
k’ul
, and are therefore able to take on the animal form of their
nagual
. There are shapeshifters all over the world, in every country and every culture. They are often not well accepted by humans. Some live openly, while others hide their marks. The first shapeshifters were the Maya. Even today, shapeshifters use some Mayan expressions, and follow some Maya rituals and traditions.

Toltec
(pr. n.) Organization of shifters whose core belief is shifter supremacy over all other living things, including humankind. They believe that the elevated level of
k’ul
carried by shifters gives them the divine right to rule the world’s governments, control the banking system, etc. They work toward these goals through both violence and more insidious means.

the Transition
(pr. n.) Refers to the tremendous release of
k’ul
from the earth at Chichen Itzá at the end of the Maya Calendar on December 21, 2012. When this occurred, the balance of
k’ul
on earth changed dramatically.

Dimitri followed Ana through the newly fallen snow, his running shoes slipping on the icy road as they turned up the mansion’s long, circular driveway. He smiled to himself as he pulled more freezing New England air into his burning lungs. The running had started out as a way to keep his partner distracted while her mate was out on duty, but he’d come to look forward to his late night runs with the Order’s only female. They were becoming an essential part of his week.

He looked up at the mansion, the warm light in the windows welcoming them home even at this late hour. Less than a year ago it had been totally deserted. He’d even considered selling it once or twice, but clearly the Goddess had other plans. They reached the front door and Ana started Diesel and V’s endless security crap. She was about to have her fingerprint scanned just as the north wind picked up. He pulled up his collar.
Fuck that.
He took her hand and together they gleamed into the warm foyer. They wiped their shoes on the mat and Dimitri brushed the snow off his chin length blond hair.

Ana took off her gloves. “That was a good one. We beat yesterday’s time by at least ten minutes.”

He grinned. “We should enter the Boston Marathon.”

“Actually, that’s not a bad idea. We could pick off a few terrorist a-holes while we’re at it.”

“Oh, Mr. Ivanov, you’re back. Pardon the interruption, but you have a visitor in the drawing room.”