Meant to Be: Southern Heat Series 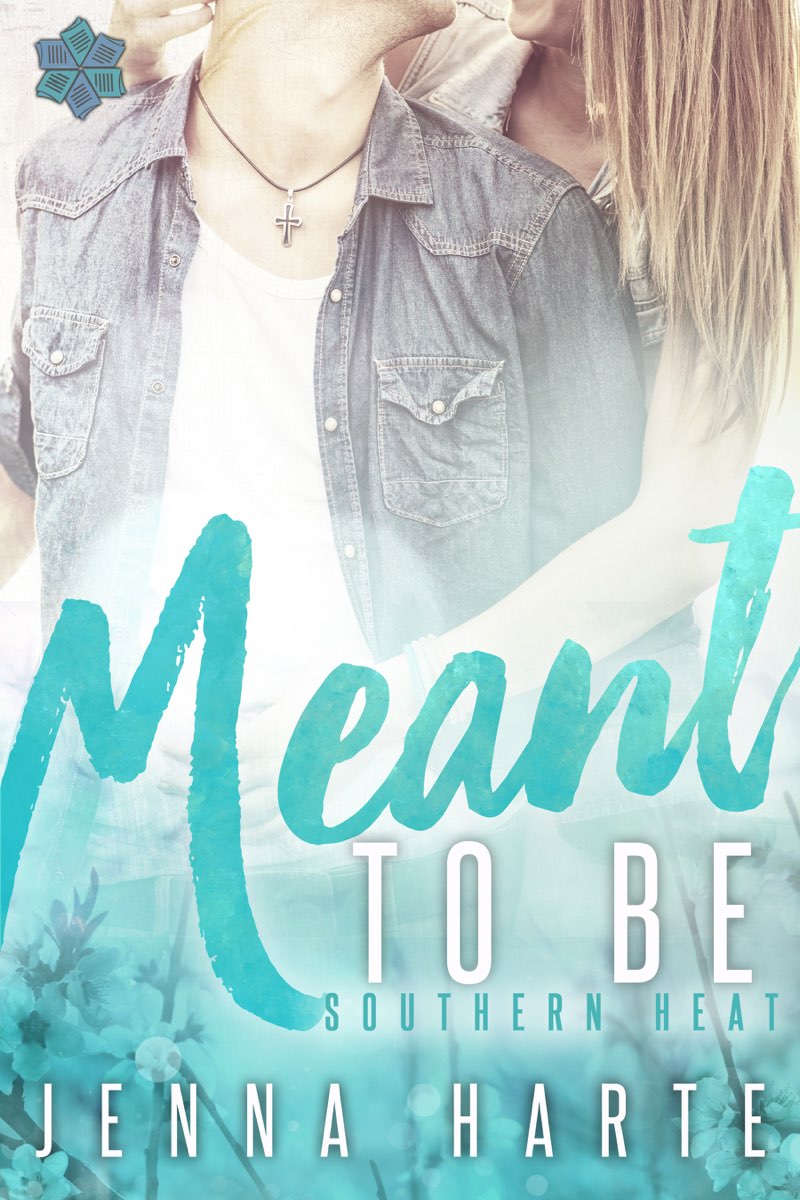 M
eant to Be

T
his edition published
by

Available for from Penner Publishing 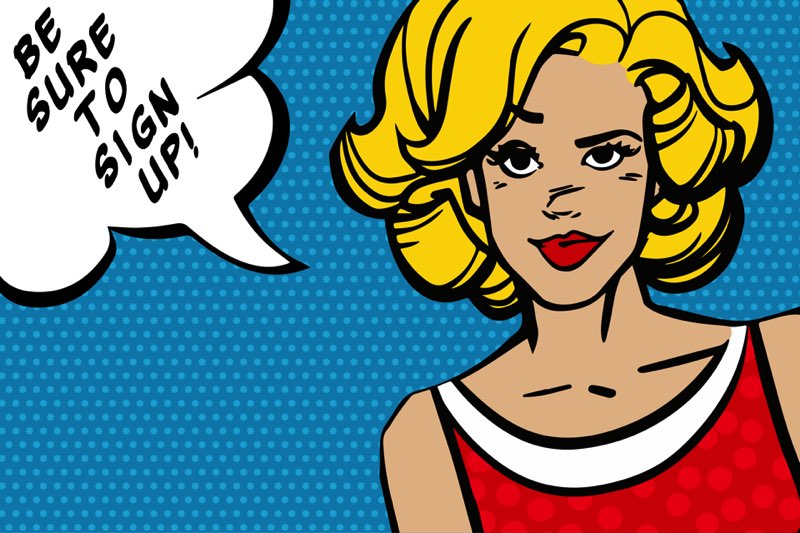 Join our newsletter to be the first to know about our new releases!

Sign up for the Penner Publishing New Release Newsletter

T
o my family
, especially Jay, Zach and Hannah. I love you.

Mitch McKenna cast a suspicious glance at his partner and best friend, Kevin Taggard. “You get laid too much.”

Kevin grinned. “I’m married. It goes with the territory. Besides, is that even possible?”

Mitch laughed. “God, I hope not.” He pulled the unmarked police car into a parking space outside Charlotte Tavern General Hospital. “But it’s a little sappy that every day we have to stop by and see the missus.”

God, I hope not.
Mitch shuddered.

“Besides, there are plenty of hot nurses who would love to find out if the Mitch McKenna reputation for stamina and prowess is true.”

Mitch stepped out of the car, grinning at his friend. “Oh, it’s true.” His smile faded, as he realized Kevin might be right — maybe he did need to get laid. It had been a while. If he’d cared at all about his playboy reputation, he would have remedied the situation. Except he didn’t care. In fact, it bothered him. It suggested that he engaged in one-night stands with women he didn’t know or was cavalier with their feelings. Granted, he kept his relationships with women short, but he was always upfront with them about his position and most accepted it. A couple cried when they hadn’t been able to change his mind. One had keyed “Bastard” into the side of truck.

Mitch’s gaze swung to the feminine coo of Becky Lancer. She might be willing to help him with his sexual dry spell. He smiled and waved but kept moving. He’d once gone out with her sister, and he knew better than to date siblings.

He and Kevin walked into the hospital and took the elevator to the maternity department on the fourth floor.

“I guess it won’t be long until Jenny is a client here instead of a nurse.” Mitch patted Kevin on the back. He enjoyed razzing his friend about his wife, but deep down he was happy for him.

Mitch rolled his eyes as the doors opened, and they stepped out into the hall.

“There’s my gal now.” Kevin snuck up behind a dark-haired woman in pink scrubs with rainbows on the shirt and wrapped his arms around her, lifting her off the floor. She let out a squeal. When he set her on her feet, she laughed.

“Great day, baby cakes. You scared the life out of me.”

He gave her a kiss. All in all, it was sappy. It was the same type of stuff he had to endure when he visited his sister, Lexie. Even after nearly two years of marriage, she and her husband, Drake, were sappier than Kevin and Jenny, which was saying something. It was a wonder they didn’t already have a whole brood of kids.

“I’m nearly ready for my break.” She turned her smile toward Mitch. “If you’re tired of feeling like a third wheel, I can snag you a date. There’s a new doctor I’ve been meaning to introduce you to. You can see if the McKenna charm will work on her.”

“No, you don’t, but you’re nice to put up with Kevin and me. She’s really, really nice. She’s been giving me articles and tips and encouraging me to get my midwife certification.”

“You’d be good at that.” Mitch meant it too. She was one of the sweetest, most generous hearts he’d ever met. There’d been only one other person he’d known who he’d thought was as good. He shook his head to rid his thoughts of another sweet, generous woman, who, in the end, turned out to be neither.

“Thank you. I wonder how much longer before Lexie and Drake will need a midwife.” She raised her eyebrows, hoping for gossip.

“I imagine once they start, they’ll need one fairly often.” His sister wanted a whole passel of kids, and Drake would give her whatever she wanted. Mitch thought he’d be a good father, but since having a family was out, he’d settle for being the coolest uncle ever.

All of a sudden, the air around Mitch changed, causing the hair on his arms to stand. It wasn’t the type of sensation that triggered danger, but it was definitely a warning.

“Oh, look, there’s Doctor Preston. She’s the one I want you to meet, Mitch.”

“I know that. The whole county knows how easy it is for Mitch to get a lady.” Jenny laughed. “But I still want you to meet her. Doctor Preston?” Jenny looked behind him and waved.

The warning grew more intense until Mitch couldn’t help but turn around and stare right into the beautiful hazel eyes of Sydney Preston.

His heart stuttered in his chest as a wave of conflicting emotions; anger, love, bitterness, joy crashed through him. His first instinct was to leave, which only pissed him off. He’d stared down insurgents in the Middle East. He could survive seeing Sydney Preston. Another, equally strong, part of him wanted to touch her, to hold her close and see if she felt as soft, smelled just as sweet as he remembered. But he wouldn’t succumb to her charm again. Like a steel gate, everything inside Mitch closed.

“Doctor Preston is our new OB/GYN from New York. She’s helping out at the free clinic, too. Doctor Preston, this is my husband, Kevin, and our friend Mitch McKenna. They’re Charlotte Tavern’s finest police detectives. But watch out for Mitch. He’s a real ladies’ man.”

The hazel eyes that had once captivated him flashed with surprise and maybe panic. But then it was gone, replaced by a blank smile.

Her head tilted to the side, and a slight smirk crossed her lips. “Actually, we’ve met.”

“Really?” Jenny’s voice suggested intrigue and delight at the prospect. “Where?”

“We went to college together.” Sydney held his gaze. If she wouldn’t flinch, neither would he.

“Oh, wow. Hey, maybe you know his old girlfriend. Poor Mitch lost his heart to her, and she crushed it like a bug.”

“Honey.” Kevin patted Jenny on the back, while casting Mitch an apologetic smile.

Mitch didn’t know if Kevin was intervening because he knew no man liked to have his emotional history laid out in public or if he recognized there was something more between Sydney and him. Probably both. Kevin was observant and insightful, which is what made him a skilled detective, one that Mitch was grateful to have as a partner.

“What?” Jenny blinked up at her husband.

“Yes, I knew her.” Sydney’s tone was matter-of-fact. Mitch’s eyes narrowed with scrutiny as he waited to see if she was going to admit to being the one who squashed his heart.

Jenny turned her attention back to Sydney. “Was she a real bitch? I heard she came from a rich family that didn’t like Mitch. But what’s not to like, right? I mean, he’s as yummy as cherry pie.”

“I thought that was me.” Kevin pouted.

“You’re peach pie, my favorite.” She smiled coyly at Kevin, who gave her wink. Mitch imagined there was a story there but blocked his brain from filling in the details of what it might be.

“Speaking of peach pie, why don’t we go to the cafeteria and get some?” Jenny suggested. “We can let Mitch and Doctor Preston get to know each other.”

“I don’t need to get to know Doctor Preston. I’m sure I’m not her type.” He knew the minute it was out of his mouth that Jenny would reprimand him.

“Why, Mitchell McKenna, your mother would light you up if she knew you were being so rude. I’m so sorry Doctor Preston—”

“It’s okay.” Sydney waved the comment away, much like she’d waved him away ten years earlier. “I have to check on Mrs. Warner anyway. You go enjoy your pie.”

She said it with such smoothness, it highlighted Mitch’s bad manners. But he didn’t care. Let Jenny and Kevin think he was a heel. He knew the truth, and Doctor Preston knew the truth. She didn’t deserve his time or attention. Not anymore.

S
ydney walked
, back straight and chin up, until she turned the corner. Then she sagged against the wall, hoping her legs would still hold her upright. Her hand shook as she lifted it to cover her thundering heart. Over the last ten years, she’d imagined what seeing him again would be like. But what actually happened had never been in any of the scenarios she’d considered. Not that she’d thought he’d take her in his arms, confess his undying love, and kiss her senseless as he used to do, although, admittedly, she’d always hoped that would be his response.

He was still ridiculously handsome with his bronze wavy hair and emerald eyes. But gone were the affable smile and charm, replaced by eyes that were as hard and cold as his welcome.

She hadn’t considered that he’d pretend to not know her. It showed just how deeply she’d hurt him. Even so, she wasn’t going to let him get away with it. She was in Charlotte Tavern for one reason only: to fix things with Mitch McKenna. Sure, they still might not have the future they’d once planned, but at least she would address the regret and hopefully make amends. Life, she’d recently learned, was too short to not live it to the fullest without guilt and unresolved issues.

“Are you okay, Doctor Preston?”

Sydney looked at the nurse approaching her.

“I have Mrs. Warner’s meds. I was just taking them to her.”

“Actually, I’m on my way to see her.” Sydney pushed off from against the wall, grateful for the distraction.

“She has such a cute baby.” Meg walked alongside Sydney. “Not all babies are cute.”

Sydney agreed, although she was surprised to hear Meg say it out loud. “No. But they’re all a gift.” A gift Sydney knew she’d never have.