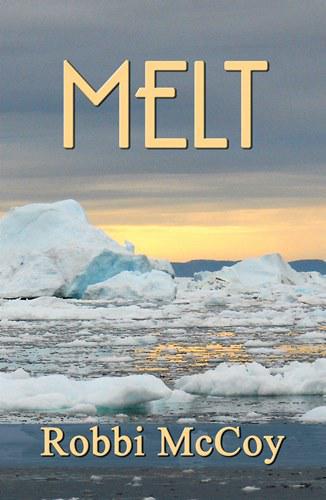 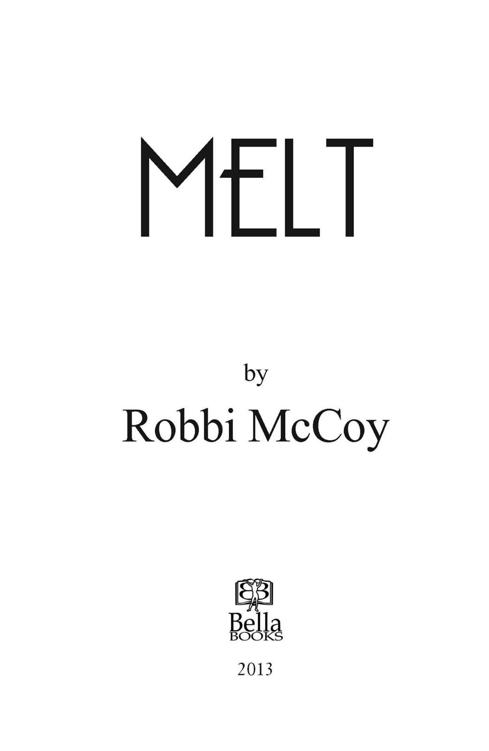 Other Books by Robbi McCoy

For Me and My Gal

Two on the Aisle

To my sweetheart Dot for her inspiring spirit of adventure.

I want to express my gratitude to Grace J. Heindorf Nielsen of Nuuk, Greenland, for many things. First of all, for encouraging me to visit Greenland and taking time out to show us around Nuuk. Also for welcoming us into her home and cooking us a meal of traditional Greenlandic foods, an excellent introduction to the culture of the country. Finally, I want to thank her for giving her generous assistance with this story. Without Grace, I’m sure I never would have had the courage to make the trip to such an exotic land. I’m so glad I did. It was the trip of a lifetime.

Much appreciation to Angela Barlow, Joe McKay and David Wakefield for their help with ice climbing techniques. I’ve learned that no matter how careful a researcher you are, you won’t sound like you know your subject unless you do.

I also want to thank my editor, Katherine V. Forrest for her keen perception of my weaknesses. Sorry about the comma explosion, Katherine.

“Make a wish and blow,” her mother had said, hovering above her with a face beaming maternal pride, full of encouragement and expectation, waiting for her little darling to blow out four candles on a rabbit-shaped cake crouched on a white platter and coated in shredded coconut. Her mother had looked so happy she almost didn’t want to look away, but there was the CAKE right in front of her, a whole plate of sweet yumminess with her name on it. Literally. It was written in white frosting on a fondant carrot resting across the rabbit’s front paws: K-E-L-L-Y.

She had looked the bunny in the face—licorice whiskers, red gum drop nose and Junior Mint eyes—and blew!

What did I wish for?
Kelly asked herself, trying to think back twenty-six years.

If she had known anything about how life would unfold, she would have wished for her mother to still be able to smile like that fifteen years later.

She walked swiftly over lichen-covered rock, her footfalls the only sound to reach her ears. There was a soft scuffing from the rubber-soled hiking boots, hardly a sound at all. Anywhere else, she wouldn’t have heard even that, but the silence here was so complete that if she had been standing still, she might have heard her heartbeat.

The sun was high in the sky and a delicate breeze wafted in from the bay.
Everything is fine
, she reminded herself. There was no way to get lost, though miles of ubiquitous gray gneiss stretched behind and before her with nothing to mark her progress. No trees. No houses. No telephone poles. No sign of life at all. Not even a bird. In the bay, stretching away from the rocky shore, the same. No boats. Just that exquisitely beautiful expanse of still, shimmering water studded with slabs of ice, all sizes, shapes and textures, sparkling like enormous sugar cubes in the sunlight.

Further out, massive icebergs lined up along the horizon like the buildings of a city skyline, stark and silent, a parade of sculpted statues in a fascinating and infinite variety of profiles. They stood like majestic sentinels, seemingly motionless. But the forms changed day to day as new ones calved off the enormous Jakobshavn Glacier and floated indiscernibly slowly toward the open ocean.

People said that Ilulissat, meaning “icebergs” in Greenlandic, was the most beautiful place in all of Greenland. That was no small claim in a land this big…and this beautiful.

On any other day, she would have had her camera out, trying to catch the way the afternoon sun gave the purest white opacity to the ice. But not today. Her camera was in her backpack and would not be coming out. She couldn’t afford the time.

As she hopped a narrow rivulet, her left foot slipped off the side of a rock into a spongy crevice, sinking through the mat of emerald groundcover into mud. She stumbled but avoided a fall.

Watch where you’re going!
she admonished herself sharply.
If you fall and break your leg, what will happen to Pippa?

She sucked in a bracing breath, then opened her water bottle. The water was cool and welcome in her dry throat. She had stuffed her jacket into her pack and was comfortable in a short-sleeved T-shirt, walking fast enough to generate her own heat. It was a clear, mild summer day. Despite the warm sunshine and inspiring view, she could barely keep the sense of dread from overwhelming her. But there was no reason to panic as long as she kept moving and kept Disko Bay to her right. That meant she was heading south, and as long as she was heading south, she would reach Ilulissat, her home for the last two weeks. There she would get help for Pippa.
Wherever she was. Whatever had happened to her.

Kelly felt a lump of emotion rising in her throat. She swallowed it down and screwed the cap on her water bottle. There was no point thinking about that. Any ideas she had about what had happened to Pippa were total guesses. It was as if she had simply vanished from the face of the earth.

After their snack break, Kelly had set up her tripod and gotten caught up in her photography. It had been no more than a half hour until she was ready to move on. That’s when she had looked for Pippa. Her backpack lay on the ground nearby, but there was no other sign of her. Kelly had waited a half hour for her return, getting more and more worried. She had then gone searching for her, certain that with the clear air and long distance views she would easily spot that red jacket, even if for some reason Pippa was unable to answer her calls.

But there had been nothing. Just the indifferent rock and the eerie silence of this Arctic landscape. After two weeks in Greenland, the absence of sound still caught her off guard. It reminded her of the complete darkness every cave guide subjects you to. The lights go out and you see nothing but a solid field of black. It’s a shock because you realize something that wasn’t apparent before, that in the above ground world there’s always some light, even in the middle of a cloudy night. It’s never completely dark. Just as there is always some light, she had now learned, there is also always some noise. The hum of traffic in the distance, the rustling of leaves, insects chirping. But here there was no sound at all, even with the wind blowing. There was nothing for it to rustle. The only plants growing here were tucked into crevices between the rocks, most of them no more than an inch tall. One exception was the Arctic cottongrass, the delightful “flowers” Kelly had become so taken with. They grew a few inches off the ground on thin bare stems, soft white puff balls the size of a marshmallow. They bent and bobbed in the wind, but their fluffy heads made no sound.

Even in town the silence was almost complete. The other day, she had mentioned the remarkable silence to Pippa, who hadn’t understood. She’d never been outside of Greenland. She had been born in Ilulissat and her experience of the rest of the world came from books, television and movies.

“What do you mean there are no sounds?” she’d asked. “I just now heard a dog barking.”

“Yes, there are sounds, but in between those sounds, there’s nothing. It’s like a vacuum. There’s no white noise. It’s like if you had a fan running and it made a continuous hum. You wouldn’t hear it at all after a while. But if it suddenly went off, you’d notice. You’d hear the lack of it. That’s what I’m experiencing.”

“Like a fan running all the time?” Pippa had screwed up her face, mystified. “Is that what it’s like where you live? If I ever come to Colorado, I’ll be sure to pack earplugs.” She snorted at her joke.

Thinking about Pippa’s pretty young face and her carefree snorting laugh reminded Kelly of her current situation, and a wave of despair threatened to swamp her. This morning when they’d set out on their hike, Kelly hadn’t thought of it as dangerous at all. Just a little adventure. Lots of people did it. Pippa herself had done it several times. Walking over this same terrain this morning with Pippa leading the way, it hadn’t been the least bit scary.

But now she was alone. Intensely alone. In a place she’d never been before, not knowing how urgently Pippa was depending on her to bring help. The decision to continue on her own had been tough. She had waited too long, hoping Pippa would return. She had wasted that hour, sixty minutes during which Pippa could have been bleeding to death for all she knew, and there she’d been, sitting on her butt doing nothing.

She shoved her water bottle into its elastic strap and continued walking, trying to get her mind off Pippa.

What did I wish for?
she asked herself again, picturing the rabbit cake. She didn’t know why she was thinking about that birthday. That was one of her earliest memories. Her fourth birthday and a bunny cake. It must have impressed her, since she remembered it in such vivid detail.

She decided she had probably wished for a bicycle like her older sister Jessica’s, two wheels and almost too tall to get on the seat. She had tried to ride Jess’s bike a couple of times, but Jess was fiercely possessive, especially after Kelly had taken a spill and bent the front fender. Their father had tried to bend it back into shape, but it always rubbed against the tire after that. And Jess never forgave her. Nope…that was an exaggeration. She did eventually forgive her when she got a new bike on her thirteenth birthday, a beautiful purple mountain bike. Kelly was so jealous of that bike she had fantasies for weeks about bending the fender on that one too. But she hadn’t dared. Jess would have broken her arm.