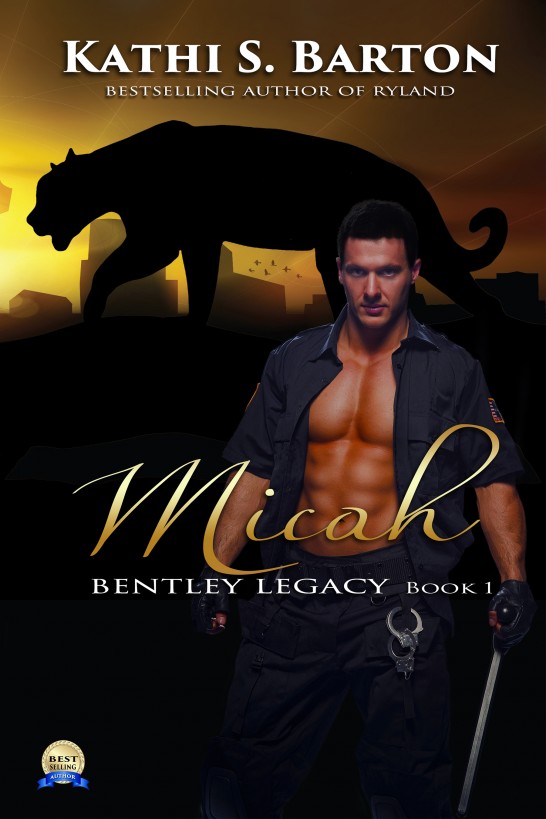 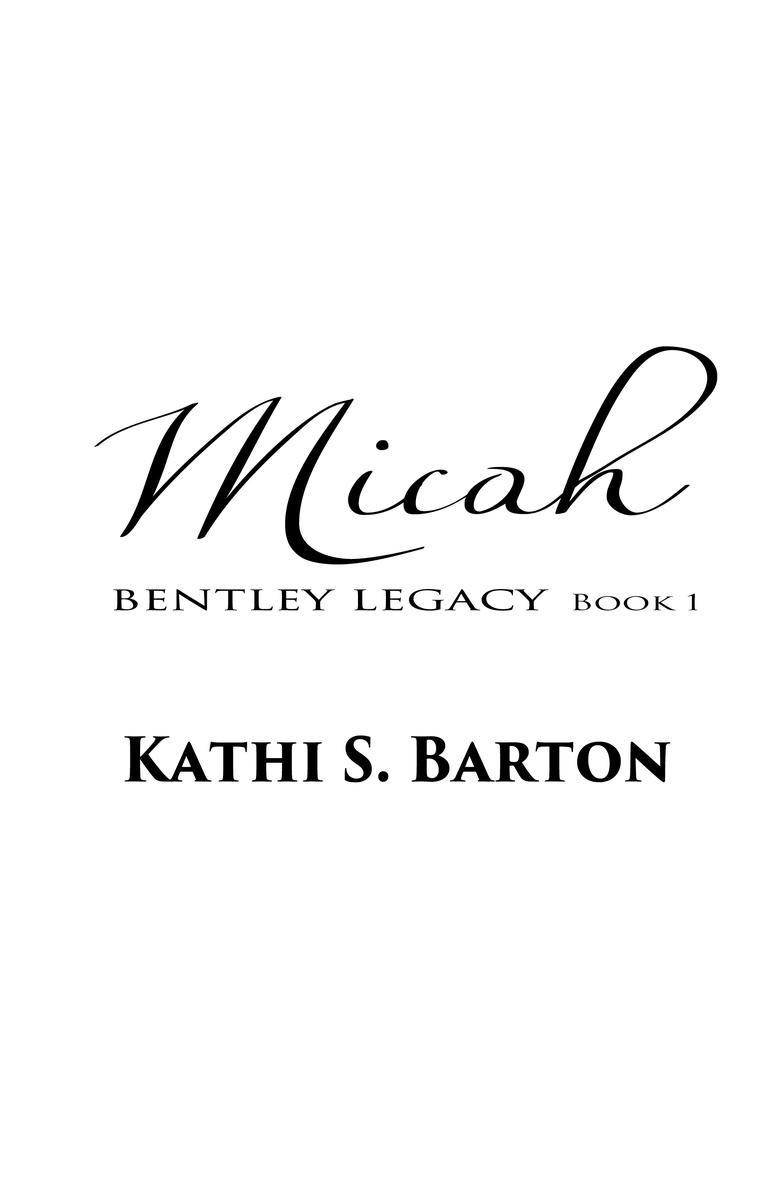 This is a work of fiction. Names,
characters, places, and incidents are products of the author’s
imagination or are used fictitiously and are not to be construed as
real. Any resemblance to actual events, locations, organizations,
or person, living or dead, is entirely coincidental. 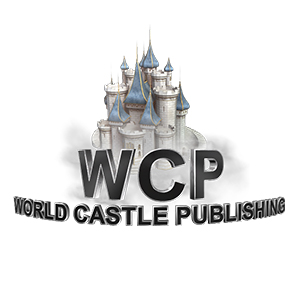 All rights reserved. No part of this
book may be used or reproduced in any manner whatsoever without
written permission, except in the case of brief quotations embodied
in articles and reviews.

Micah and his brother, Joey, were
standing just where his mother had told them to. They both knew
better than to move when she had that look in her eyes. It meant
that if they didn’t obey and to the letter, there would be hell to
pay later. A program would be on the television that night that
Micah wanted to watch, and he knew his mother well enough to know
that would be the first thing she’d nick from him. Then the man
walked in the little store.

Micah and his family had been coming
to the “Little Market” since he was a baby. Not that being ten was
all that old, but to him, with four brothers and one on the way, he
was a little more up on the people. He and Joey had made up a game
of it, too…who the strangers were and what they were going to do
when they got home. His dad, a cop, had told him once that reading
people was the only way to stay alive in this world.

The man was wearing a hoodie. Not too
unusual for late summer, but it was up over his face, and his hands
were in his pockets. Micah watched him carefully, almost afraid.
That was when the feeling of doom washed over him. Then he saw the
entire thing like it was playing right before his eyes. He looked
at Joey.

“
Go and tell Mom you have
to pee.” Joey shook his head. He, too, liked the new program and
didn’t want to miss it. “Now, Joey. If you don’t, none of us will
watch shit tonight.”

The curse word, Micah knew, was what
impressed his brother to leave him. The man was moving around the
store and looking at nothing but his feet. Just as two of the other
customers made their way to the counter, Joey finally went to their
mom and told her what he needed.

Joey was old enough to go to the
bathroom on his own, being eight and all, but Micah wanted them
both out of the room when things went down…and they were surely
going down. The hoodie guy made his way to the other end of the
store again just as Micah reached for his dad.

Dad, there’s this person
in the Little Market. He’s…this guy is going to kill the manager
and rob him. I sent Joey and Mom to the back. I’m hoping they stay
there.

His dad didn’t even argue
with him or tell him he was just a kid. He took him very
seriously.
Good boy. Now you have to be
really calm and stay out of his sight for me. What does he look
like, son? Tall?
He said that he looked as
tall as his dad.
His skin color and his
face, can you see that?

No, sir. I can see that he
has on a dark blue hoodie with a big cat on the back. It’s orange.
His pants are hanging down like Grandpa Will’s does when he undoes
them at the table and forgets. His shoes are dark…I think black
with white bottoms. But they’re all scuffed up, like they been run
in a lot. He’s not old. I don’t know why I know that, but he’s
about mid-twenties.

Good boy. Where are Mom
and Joey?
He looked and saw Joey peek his
head out of the door and look at him. Micah shook his head and ran
his finger over his throat. Joey jumped back like he’d been shot,
and he saw his mom move back too.

They’re safe for now. But
not if this guy goes back and checks. Can you tell her to keep
back? I don’t want her hurt. Not with the new baby and all.
His dad said he would. After a minute or two, he
saw the man, hoodie guy, move to the counter.
Dad, it’s about to go down.

Micah moved behind the tall display of
peas and waited. He could see the guy and what he was doing, and he
hoped to all that was holy that the guy couldn’t see him. Micah
really wanted to run and hide with his family, but knew that he was
the only one that could keep people from getting killed today. He
leaned back when he saw what the man was doing and talked to his
dad again.

His gun is out and he has
it pointed at Mr. Levy
. His dad told him
to go to his mom.
I can’t. If I do, he’ll
see me now. There is nothing between the two of us but the cookie
aisle.

The police are on their
way. Stay out of the line of fire, son. I’m coming too, but I can’t
come in until they do, understand?
He said
he did. His dad was homicide and once it was determined that’s what
it was, then his dad could enter.
Micah,
don’t forget what I told you before.

I know, Dad. I just tell
them I saw the gun. That’s all. Nothing about the seeing it.
His dad sounded scared and even a little prideful
of him when he told him that he loved him.
Dad, I’m worried for Mom and Joey. They might come
out.

They won’t. I had your mom
go out the back and stay there. She has your brother and she said
to tell you to be safe.
Micah thought that
was good advice too.
I’m almost there. I
can see the police. They’re coming up hot and quiet.

No sirens and no lights. He knew that
from his dad telling them stories every night. Hoodie started
screaming at Mr. Levy and Micah repeated it all to his dad…even the
curse words. He knew that every clue would help if the man got
away. He wanted the money; not just what was in the drawer but
under the counter too. A man, one Micah thought had left, moved
just behind Hoodie. Then the unspeakable happened…the dumbass tried
to subdue Hoodie.

The sound of the gun made Micah jump.
He fell against the canned peas and felt them give behind him. As
they started to tumble back, Micah scrambled to get out of the way
of both the cans, which would hurt like the dickens, as well as the
gun should it be turned his way. The pain in his left arm had him
cry out, but he never stopped moving to the shelving on the other
side. The scream from behind him had him closing his eyes and
holding his breath. He just knew that Hoodie was coming for
him.

Micah heard the exchange of bullets.
There seemed to be a thousand of them going off all around him, yet
he never moved. As surely as you did, his father told him once,
you’d move right into a bullet and that would be all she wrote.
Just best to stay put. His grandda had told him that was excellent
advice.

After what seemed like a million
years, he heard one of the cops tell everyone to get to the floor.
Micah leaned forward and spread out too. There was no point in
getting killed this late in the show, he thought. As he lay there,
he heard his dad calling his name but didn’t move. He was terrified
and didn’t want to accidently get shot. It wasn’t until he was
jerked up from the floor and engulfed into strong arms that he let
himself be afraid. And no matter how hard he fought the tears, they
seemed to have a mind of their own.

“
Son, talk to me.” He
couldn’t. His dad was holding him, and Micah was just thrilled to
death that he wasn’t dead. “Micah, you have to tell me if you’re
hurt.”

“
Dad.” He held his father
and buried his nose into his throat. The familiar smell of his
father made him weep harder. Micah hated to cry more than anything
in the world, but it was more than he could control. “Dad, I didn’t
mean to knock over the peas. Tell Mom I’m real sorry.”

“
It’s okay, Micah. You did
just fine.” As he was carried out of the building he saw his mom
and brothers…not just Joey, but also Nolan and Burke. Tony was in
the arms of his grandda, and Grandma was holding onto his mom.
Everyone was safe. Micah tightened his grip around his dad’s neck
as they made their way to them.

“
Dad. I need a minute.”
His dad didn’t say a word but nodded, moving around the cruiser
that was nearest to them and standing on the other side of the
police van. As soon as his father sat him on the road, Micah felt
his feet give out from under him and he fell. He looked down at his
arm and just stared at it.

“
You took one in the arm.”
He looked up at his dad, swearing that he wasn’t speaking English.
“It’s not bad, just a graze, but I want to have you looked at when
your mom is assured that you’re not dead. Micah? Are you hearing
me?”

“
He shot me?” His dad went
down to his knees and looked him in the eye. Micah knew this was
going to be serious and paid attention to what might come from him.
As far as Micah was concerned, his dad was a god.

“
He fired at you and the
bullet only grazed your arm. I don’t want you to think that you’re
going to die. You’re not. Do you understand me?” Micah nodded.
“Good boy. You saved those people in there, son. All of them. Not a
one of them got hurt but you, and that’s a good thing you did
there. Saving your mom and brothers was a good thing in and of
itself, but saving the rest…I’m very proud of you.”

Micah nodded. “Dad, I’m okay now. I’d
like to see my mom. If you think she can handle the blood and
all.”

His dad smiled. “I think she’ll be
just fine. You might want to be really brave though. Those women,
they can be a mite on the tender side.”

Micah stood up again, but he staggered
just a little. It wasn’t that he was still afraid, but he was a
little light headed. As he made his way to his family, he tried to
think what to say to them. But the moment he saw her—his mom—he
broke down again. He was sobbing like a little baby as she held him
to her soft chest.

Last India Overland by Unknown
The Secrets of Flight by Maggie Leffler
Aim to Kill by Allison Brennan
An Honorable German by Charles L. McCain
The World Ends In Hickory Hollow by Mayhar, Ardath
Blue Eyes by Jerome Charyn
King's Pleasure by Byrd, Adrianne
A Month by the Sea by Dervla Murphy
Stay by Riley Hart
Every Heart Sings (Serenity Island Series) by Lucas, Mackenzie
Our partner