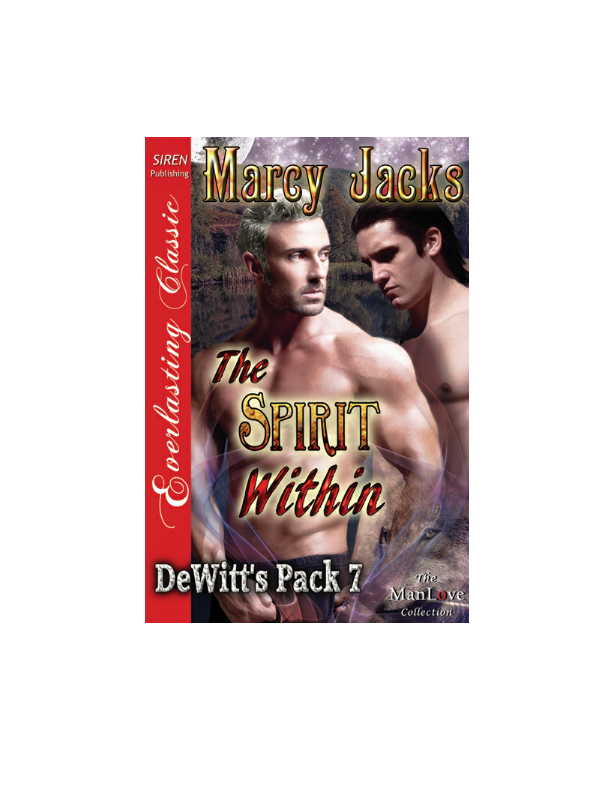 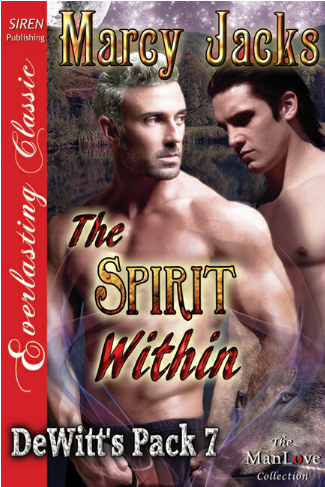 Alpha werewolf Eric Martin was killed in battle, but that hasn't stopped his spirit from mating with the medium vampire Ivan  Belekoff.

Eric is not the only spirit Ivan can see and touch, and the other spirits are constantly attacking him for possession of his body, until Eric becomes Ivan's protector and battles them off.

Soon, their arrangement brings out Eric's guilt. He is dead. He had no business mating with Ivan, and when a new medium arrives, offering to teach Ivan how to control his power, Eric is faced with the decision of moving on to the other side.

Ivan does not want Eric to go. He still needs the other man more than anything, and he doesn't care if that's selfish.

Eric must soon decide if true peace lies in death, or in the arms of his lover, before the new medium sacrifices Ivan's soul to the  Gods.

You do not have resell or distribution rights without the prior written permission of both the publisher and the copyright owner of this book.

This book cannot be copied in any format, sold, or otherwise transferred from your computer to another through upload to a file sharing peer to peer program, for free or for a fee, or as a prize in any contest.  Such action is illegal and in violation of the U.S. Copyright  Law. Distribution of this e-book, in whole or in part, online, offline, in print or in any way or any other method currently known or yet to be invented, is forbidden. If you do not want this book anymore, you must delete it from your computer.

by Marcy Jacks from BookStrand.com or its official distributors, thank you. Also, thank you for not sharing your copy of this book.

Ivan Vaughn Belekoff, former prince of vampires of the Eastern lands of the United States, sat on a dry patch of grass in front of the sparkling pond he’d grown to love.

The night was still young and warm from the daylight hours, but the peak of summer had come and gone, and now the nights were becoming longer and cooler.

He enjoyed dipping his toes in the clear water after a hot day of sitting in the room he’d been given after coming to live on werewolf territory, doing naught but reading old Robert Ludlum books—some of which were not even written by the man.

The water was glorious, and so was his new home. It was freeing, being able to walk about as he wished. It was a pleasurable sensation he was still becoming used to.

After Ivan’s brother, Vladimir, had joined—or mated, as the werewolves called it—with one of the wolves here in DeWitt’s pack,  Ivan had been fortunate enough to come along with them, escaping their older brother’s tyranny and an attack on their vacation home by every alpha in the pack.

This good luck was only due to the fact that he and Vlad got on so well. Ivan might be older than Vlad, but the other vampire had a habit

of treating Ivan like he was the youngest in their family.

Not that he didn’t have his reasons.

Those same reasons were also why the werewolf Eli was so keen on keeping Ivan close, which was another motive for Ivan to get away and enjoy the solitude of the pond, reflecting the silver light of the crescent moon and stars.

A cold, pleasurable shiver passed up his spine, and when Ivan exhaled, a cloud of gray mist came out.

Normally this would frighten him, especially considering what usually followed, but the spirits that came to Vlad hadn’t attacked him in weeks. He actually hadn’t seen any for several days now, and this spirit didn’t give him the fearful shivers that the others did.

This could only be one particular spirit then. Good. He’d missed him.

“Hello, Eric. I was hoping we would see each other tonight.”

Eric spoke from behind him. “Just wanted to check up on you. See  how things were doing.”

Eric came and sat beside him. The werewolf spirit was naked, as  he usually was. The chill in the air did not go away, but Ivan was a  vampire. The cold did not make him uncomfortable. The nudity did,  but only in the beginning of their…relationship. Now, the sight of  Eric’s body made Ivan shiver, and not for the cold, but it was still  pleasurable.

Spirits were always wearing the clothing they had on them the  moment they died. In Eric’s case, that was nothing at all. He was a  werewolf warrior in life. It would only make sense for him to be  naked in death. Werewolves could not wear their clothing if they were  expecting to transform, and Eric had been in the midst of a  transformation when he was killed by another wild werewolf.

Ivan knew this because Eric had told him.

“No other spirits came to you today?”

wanted to come and ask for the excuse to be near Ivan anyway. Ivan  wished that Eric would come and see him, regardless of any other  spirits that might be lurking around.

“Not today. Though I am curious as to why you have been  avoiding me.”

Eric whipped his head over to him. Ivan had difficulty in hiding  his smile.

“I haven’t been avoiding you.”

“You have,” Ivan countered, as calmly as though they were  discussing the morning traffic or the weather. “I used to see no other  spirit but you for hours at a time. Now I am fortunate if you will visit  me for fifteen minutes at the end of the day.”

The more he spoke, the more the words came out sounding bitter.  Ivan hadn’t meant for that, but it was difficult to keep his emotions in  check.

“Sorry, I wasn’t trying to hurt you.”

Ivan had screamed and shrieked like the most worthless of

ago. Whenever a spirit came to him, it was not because they wanted  help to perform some small task that would give them closure and the  ability to move on to the next life. No, nothing as cinematic as that.  The spirits were angry, always, and they wanted life. They wanted  their lives back.

Because Ivan was born with the curse of seeing them, it somehow drew their attention to him in return. They attacked him in anger, attempting to possess him to experience life once more. Sometimes they succeeded, and Ivan was forced to fight them out of his body, becoming bruised and battered in the process. For the times when the spirits failed, Ivan came out looking no better anyway.

His brothers had thought him to be mad. His eldest brother, King  Markus, nearly had Ivan locked away in an asylum. He probably would have been if Vlad had not intervened and begged for Ivan to be given another chance.

Ivan had to be careful ever since then to keep the bruises to himself, and he only screamed when there was no one around to hear him or when he could not help himself.

His brothers never stopped thinking him to be insane, but at least the threat of being evicted from the palace was gone.

There was a time when Ivan had considered taking his own life, just to end the misery and torture at the hands of so many wandering spirits, but then Eric appeared.

Ivan rarely left his bedchamber when he still lived in the palace with his mother and brothers. He could not act strangely in public if he never went out in public, after all. Such a way of life was his only option to hide his condition from others.

He’d just come from a bath and had been drying his hair when he looked up and saw Eric standing in his room, searching around curiously, naked and partially transparent.

My Prince by Anna Martin
SCRATCH (Corporate Hitman Book 2) by Linden, Olivia, Newton, LeTeisha
The Other Side Of Gravity (Oxygen, #1) by Shelly Crane
SG1-15 The Power Behind the Throne by Savile, Steven
The Education of Sebastian by Jane Harvey-Berrick
Rocky Mountain Angel by Vivian Arend
The King's Speech by Mark Logue, Peter Conradi
Gentleman Takes a Chance by Sarah A. Hoyt
Hightower Affairs 2: Bedding the Secret Heiress by Emilie Rose
Operation Reunion by Justine Davis
Our partner