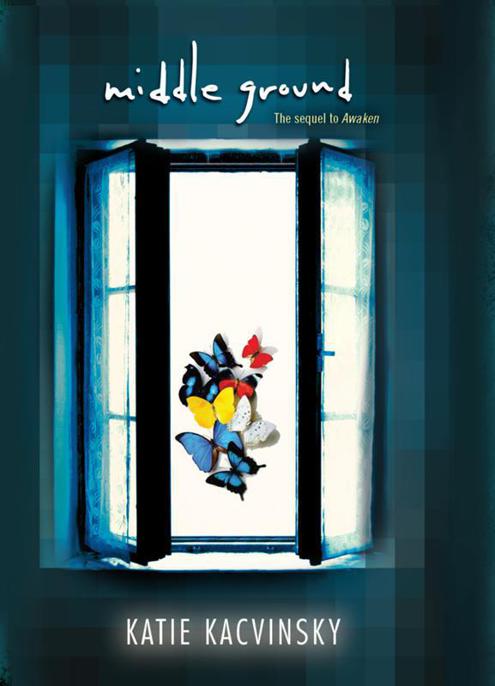 Summary: In 2060, seventeen-year-old Maddie is sent to a

Los Angeles detention center and subjected to brainwashing to get her to accept a world in which nearly all personal interaction is done online.

Dedicated to Graham
for reminding me to slow down, walk, and explore.

I have over one hundred online profiles. They link me to thousands of people who link me to thousands more and together we form an anonymous world. My life is ruled by stars and thumbs and tomatoes and points and carts. I can rate my friends. I can know anything. But sometimes I don’t want all the answers. I want to cleanse my mind of knowing because I never have to wonder or imagine or think or reflect. I never have to remember or organize or plan. It’s all done for me. But doesn’t that just make me a marionette?

I’m ready to cut the strings.

I’ve made it my goal to start deleting my profiles, one each day. It’s my new detox plan. My mom always says you need to weed your life every couple of years, of things and even of people, or it all piles up and accumulates, and it’s impossible to stretch out when so many things are competing for space to grow.

I’m keeping some of the sites, the ones that inspire me and encourage me and put people in my path who are irreplaceable. The ones who value my time instead of squandering it. But I need more than this life. It’s all communicating on the surface, living on the surface—it’s like low-calorie relationships. Well, that isn’t filling enough for me. I’ve never had the willpower to diet. I’d much rather feast.

I can design anything I want with this site. I can sit inside the mouth of a volcano. I can ride down a lava flow. I can be a director and a cook. I can wrap my arms around a star. I can walk on top of the arch of a rainbow. I can lift a building with my hands and place it here or there. I can play God in this place. But at the end of the day, have I really done anything? Or am I just full of hot air? Do I deflate when I log off?

This site is a personal shopper. Commercials tell me what to own. Celebrities tell me what to look like. But isn’t it what we do, not what we own, that makes a difference? Isn’t it how we treat people, not how we appear, that makes us attractive? If we could see only internal beauty, what would people look like? Who would the supermodels be?

I can meet you. But I can’t hear you smile. And that’s my favorite sound, how his skin and breath and lips change when he smiles. It can’t show me that each hair on his head insists on growing in a different direction, so it’s always a mess, even after he combs it. It can show me his hair is dark brown, but it can’t show me that it lightens just above his temples. It can’t show me that he prefers to sleep on his stomach with both hands tucked under the pillow, up to his elbows. It can’t tell me that when he walks into the room I will feel calm and nervous and elated and relieved all at the same time.

People are like places: you don’t truly know them until you take the time to visit and experience them in person. I prefer to be a traveler. Life is three-dimensional, but there are other dimensions we can’t see, can only feel, and those are the ones I want to explore.

I’m learning that the real world is full of land mines. I’ve set a few of them off. It’s full of mistakes, and of actions and words you can’t take back. But I’m also learning that mistakes may open more doors than they close.

Clare and I changed at Pat and Noah’s apartment in Hollywood. She was in town visiting for the weekend and we both agreed to celebrate by getting dressed up and going clubbing in L.A. We got ready in Noah’s practice studio, crowded with guitars and amplifiers and speakers stacked up to the ceiling. I squeezed into a red dress that Clare loaned me. It was tight and low cut, something my dad would probably ground me for wearing, which was reason enough to embrace it. I slipped my arm under the silky strap, watching the tattoo of a bird on my wrist happily soar through.

Clare’s black strapless dress sparkled with tiny sequins. We sauntered down the hallway like we were strutting down a catwalk. When we turned into the living room we found Pat and Noah just as we’d left them over an hour before—sitting on the couch wearing jeans and T-shirts and working off their manly testosterone by battling it out over a soccer video game. I now understood why guys played video games—they needed something to do to kill time while they waited for girls to get ready.

Pat and Noah shared a typical bachelor pad: every inch of wall space was covered in digital screens, and every piece of furniture was black leather with built-in drink holders, back massagers, footrests, and video-control pads. The bottom cushion of one seat was propped up to reveal a minifridge (since taking four steps to the kitchen was such an inconvenience).

Clare cleared her throat, and Pat’s eyes flickered toward us. He paused the game and stared for a few seconds, confused, like we were strangers who’d let ourselves in without knocking.

Clare raised her arms like it was obvious. “Aren’t we going dancing?”

Clare’s shoulders sank and she shook her head.

My face fell. “It’s virtual? Isn’t the point of going out to be around people? There’s got to be real dance clubs in this city.”

“There will be people there,” Noah said. “It just makes getting rejected by women a little easier for Pat.”

“Maybe
your
ego needs some rejection once in a while, Noah,” Clare informed her brother, whose band, the Managers, had been getting national attention since they recorded their latest album in L.A. Clare made it a priority to deflate his star status whenever she got the opportunity. “How many girls call you on a typical day?” she asked.

Noah brushed some shaggy dark hair out of his eyes. “You mean call or text or voice-text or videochat or message or contact?”

Clare groaned and ran her fingers through her short brown hair. “This, I haven’t missed.” Pat’s phone beeped and I noticed his eyebrows arch when he checked the screen. He started to type a message.

“Don’t talk about your mom that way,” Pat responded. Before Clare and Noah could throw out a reply, I grabbed Clare’s hand and pulled her toward the door.

“There’s a hundred-dollar cover,” Pat said as he continued to type on his phone.

“A hundred dollars?” Clare and I said together.

“For that price, it better come with model escorts,” I said.

Pat turned off the wall screen and grabbed a jacket. “You won’t be disappointed,” he promised.

The four of us piled into a ZipLimo and headed downtown to Third and La Cienega. Noah insisted the trick to getting celebrity treatment in L.A. was arriving in style. ZipLimos were in limited supply in the city, but Pat knew a promoter who reserved one for us.

We swiped our fingerprints before the shuttle took off. My dad had set up a temporary fake profile connected to my fingerprint so police wouldn’t be able to track my movements, but my father still had constant access to my whereabouts. I was still on his leash.

Clare ran her hand along the leather upholstery, and blue interior lights cast an electric glow inside the tight space. I leaned back in the seat and absorbed the smooth acceleration of the car. I was learning I needed motion in my life. I craved it, as if the movement outside of me charged movement inside. It reminded me I was more than a stationary object. I had legs for a reason. I wasn’t meant to be molded to a chair.

Pat sat next to me, and his jacket sleeve brushed against my arm. I scooted over to give him room, or maybe because I felt safer putting space between us. In the four weeks I’d been in L.A., I’d spent most of my time with Pat. He was one of my only friends in town and even though I had my brother, Joe, he embraced the digital life—he worked, exercised, socialized, and dated on his computer. I’d seen him for only a few hours since I’d been in town, and I lived with him. But living had become so computerized, we rarely interacted in person. Even though we were divided only by three-inch-thick walls, we were living in separate worlds that clashed when they connected, like purple on red.

“You should move down here,” I told Clare. I missed her energy. She was the friendship equivalent of a shot of caffeine.

“I have to get back in a few days. I have a date,” she said with a bored expression, like a date was up there with vacuuming as her idea of fun. “I don’t know why I bother.”

“Which site are you using?” Noah asked.

“I prefer masochistic dating,” Clare said. “You know, face-to-face. I met this guy at a coffee shop.”

Luna by Rick Chesler
The Bat by Jo Nesbo
Strands of Sorrow by John Ringo
Dancing in the Dark by Linda Cajio
The Railway Station Man by Jennifer Johnston
Ariel's Song (In Bed with the Enemy) by Knight, Evie
The English Spy by Daniel Silva
Born of Fire by Sherrilyn Kenyon
Bewitched by His Kiss (May Day Mischief) by Monajem, Barbara
Confectionately Yours #2: Taking the Cake! by Papademetriou, Lisa
Our partner