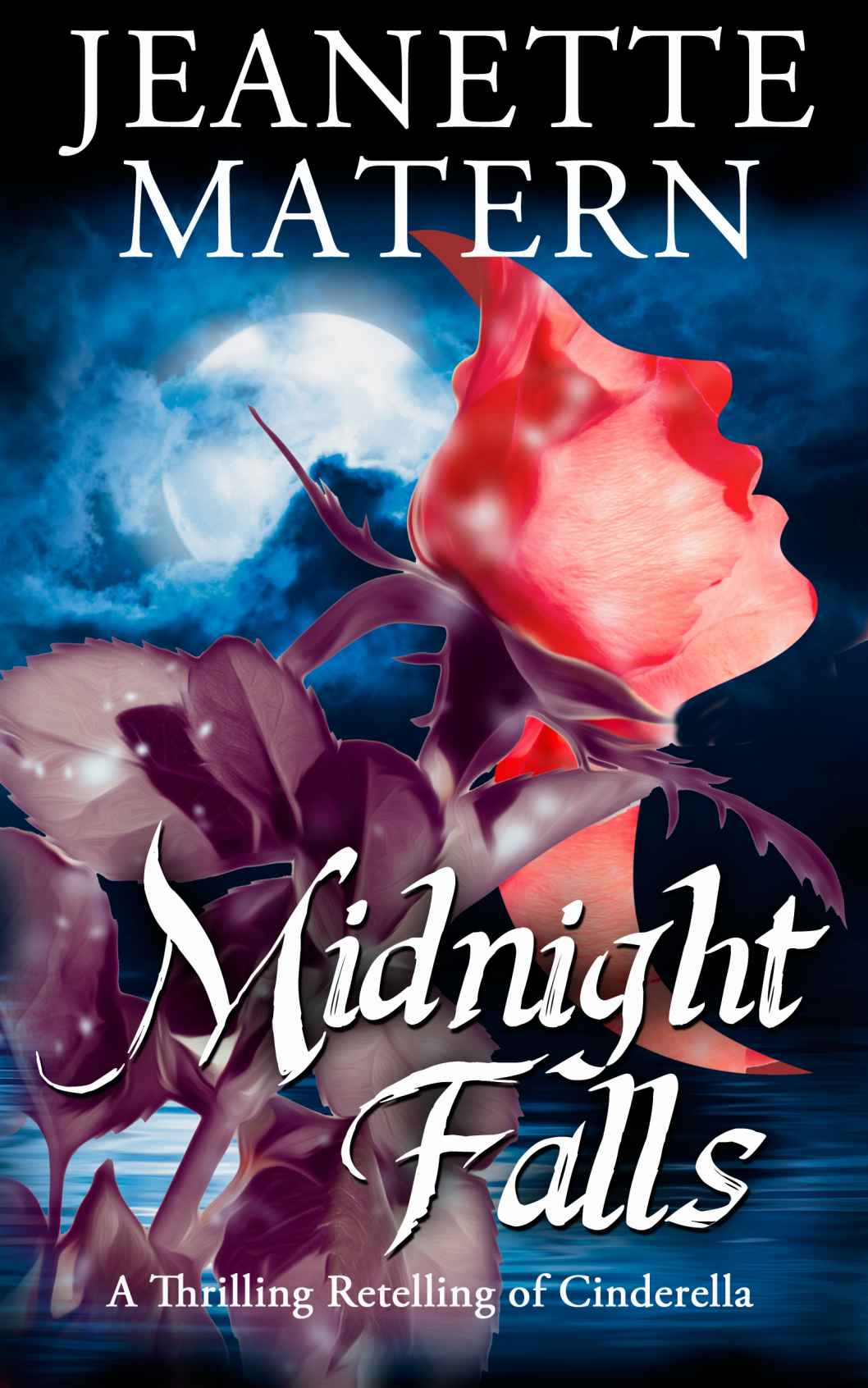 This book is a work of fiction. The names, characters and events in this book are the products of the author’s imagination. Any similarity to real persons living or dead is coincidental and not intended by the author.

All rights reserved. Neither this book, nor any parts within it may be sold or reproduced in any form without permission.

His body cried out in agony and exhaustion, pleading to stop, fall to the earth and die in the dirt that was the barrenness of his life. His tormentors would be tailing him at any moment. They would undoubtedly catch him if he did not hurry; they were compelled by money, duty and sadistic pleasure to bring their prisoner back alive. His body battered, scarred, barely moveable, he was compelled by something that money could not buy, by duty God himself could not usurp, and a purpose that would be more necessity than pleasure. So he did not stop. He bent his knees and stepped farther toward a wilderness not of trees and animals, but regret and unequalled rage. He was escaping one prison to hide in another. He didn’t know any other way. Revenge, whether attained or not, was the only prison men would willingly enter and dwell within forever.

E
lla Delaquix noticed a split in the sole of her shoe. She’d unknowingly stepped into a muddy puddle and the gelid slush sent shivers from her toes to her eyelids. On summer days she may not have minded so much; anything to stay cool. But she had another mile to trek and the chilly fall air was already proving itself to be an annoyance even without the torn footwear. Still, Ella felt having the chance to see her friends in Kersley would prove worth it, even if it were the second time she had visited them in a week. About two miles from Gwent, the vast kingdom where Ella had been born and raised, Kersley was isolated from its neighboring nation-state in tradition as much as geography. To the elite class of Gwent, it was far too distant a land for Ella Delaquix, one of their own, to travel so frequently. For she was a child of nobility: the nineteen-year-old sole heiress to her deceased parents’ opulent and sizeable estate.

Her friends in Kersley were Gypsies.

Ella paused and reached into her traveling satchel. She withdrew both a pair of heavy socks and some heavy boots. She wished she could credit herself the wisdom and foresight to bring the additional accessories on her trip, as she’d made the passage several times already that year, but she could not. Marion Augustine, Ella’s chamber maid and closest friend, had insisted on the extra baggage and proven herself to be, as always, a woman whose years of experience had taught her well. And her much younger friend and employer reaped the benefits, as she usually did.

Marion Augustine was a middle-aged woman with straight auburn hair, a narrow physique and a fearsome tongue. She’d lost her only child, a son, to scarlet fever many years earlier when Ella was just a toddler. Upon taking residence and employment with the Delaquix family shortly after her son’s death, Marion had become a mentor to the young Ella, even a second mother in many ways. Ella’s real mother, Isabella, died unexpectedly when her daughter was seventeen years old and after that, Marion became the orphan’s
only
parent. For Ella’s beloved father, the Baron Thomas Delaquix, had passed away just eight months before his wife.

After Ella had replaced her compromised shoes with the warm winter boots she commenced her expedition toward Kersley, which rested in the eastward hinterlands of Gwent. It was a long, arduous walk but she was more than willing to suffer it. Ella didn’t have many friends. On the contrary, in truth. In her short tenure as mistress of the Delaquix household she’d succeeded in generating several enemies in the aristocracy of Gwent. Her insistence on maintaining ties with the “undesirables” that resided in Kersley was partially responsible for the estrangement.

But it was not the only reason.

“Ella, my friend!” the small man named Neko exclaimed as he saw Ella make her final approach into the suburb. Neko, a white-haired gypsy with a toothless smile hollered for his wife and son. “Marsa, Gleb, come! Ella has come back again!”

In only a moment, the landscape filled with bodies, old and young, giddy with excitement at Ella’s arrival. Ella was appreciative, but felt enormously uncomfortable with the show of affection. She knew she did not do nearly as much for those people as they gave her tribute for. Certainly not as much as they did for themselves. The Gypsies did indeed have a distinctive methodology for their survival and recreation and it did not cater to their social reputation.

Ella had looked the other way a year earlier when two gypsy children utilized such methods and stolen a priceless bracelet from her person at a farmer’s market in Gwent’s city center. She often reminisced on the incident that had introduced her to her unique friends. Ella had noticed fairly quickly that the two children had absconded with her possessions but elected not to cause a commotion by summoning the castle guard. She did, however, follow the children to their home in Kersley where she politely but adamantly demanded they return her possession. The bracelet had belonged to her mother. It was then Ella first observed the modest and intriguing community of the gypsies, and was moved almost to tears. She’d never beheld anything so provincial and yet so awesome. Ella had envisioned, before that moment, the entire world to be like the magnificent kingdom of Gwent; the only home she’d ever known. Of course there were many depictions of varying social classes within Gwent’s walls that Ella had observed on many occasions, and many who could be called poor. Never before, however, had she witnessed so large an assemblage of people make a culture from it, their own identity.

But they were still, in a word, “poor” and Ella felt compelled to offer the people items she kept in her home that it appeared they needed. The gypsies were not warm to her generosity. They had no reason to trust Ella nor did they want anything that they hadn’t stolen from her fair and square. But she’d insisted on both the return of or compensation for her bracelet and also that she be allowed to return to Kersley with extra blankets and medicines for a woman amongst them who was large with child and appeared to be quite miserable. Ella, at the time, was naïve to the recklessness of addressing a fiercely proud people in such a way, but the pregnant woman came to her defense and implored, quite forcefully, that her husband (who seemed to speak for the people) return Ella’s belongings and accept the stranger’s help.

The woman, named Gonla, expressed to Ella that she’d given birth to three babies before that and had been sicker with the fourth than she’d been accustomed. She expressed that she would graciously accept anything that Ella would offer to assuage her discomfort. Even after Ella had made good on her promise and returned to their camp the next day with the items, the gypsies still resisted her friendliness. They’d prohibited her from entering their camp again and insisted she meet them halfway to deliver the materials. Ella had all but given up on ever really getting to know the people. But then Gonla, many months later, appeared near Ella’s farm to express gratitude and introduce her baby girl, lovingly named Ellie. Ella was flabbergasted. Who was this woman? How had Ella managed to reach her with such mundane and less-than-difficult material sacrifices? It astounded her. In many ways, it changed her life.

She was not used to grown women liking her.

Now, a year since that first encounter, Ella merged through the traffic of people, each one pulling on her skirt and sharing every thought they hadn’t already shared with her three days before when she’d visited them. Ella thought most of Gonla. Her good friend was the reason she’d come back so soon after her last visit; Gonla had been too occupied with a sick child to see her the last time.

“My friend,” Gonla said kindly, hugging Ella with an uncanny strength for a woman so small, “you should not have made such a journey by yourself. It is getting cold, child. I will send Luca to escort you back.”

“It is all right, Gonla,” Ella assured, sitting on a concave boulder next to Gonla’s small, nomadic home. “I cannot stay for long. Marion already berated me near to tears for my insistence on coming back out here, but I wanted to see you. I am afraid, with the winter coming, that I won’t be able to see you again for many months. And…“She stopped.

Gonla seamlessly completed Ella’s thought. “You fear the next time you come back, we may not be here.”

Gonla was almost a mystic in her ability to read Ella’s thoughts and fears. Ella recoiled, embarrassed to be caught in her stupor. Gonla approached her friend and knelt down in front of her, her hands resting on Ella’s bent knees. She had such countenance, Ella felt. She was as beautiful a woman as Ella had ever seen. Gonla’s hair was thick and black and fell evenly across both her shoulders. Her eyes were the darkest shade of brown and her skin was bronze and exotic.

“I don’t want you to burden yourself with worry, my friend,” Gonla said warmly, “but this time you may be right. And if that is what must happen, then it is best for everyone. Even you.”

“I thought you said things were getting better…“Ella began but trailed off. She questioned if it was worth it to burden Gonla further. But she could not unsay it nor command the implications to revert back to their restless dormancy.

Gonla didn’t answer right away. She looked over at her two young sons playing sticks and calling out all the jargon of incorrigible, albeit adorable, pirates.

“It never gets better, Ella,” Gonla asserted, “and it never will. My people, we are accustomed to the struggle. It is part of our legacy. Please don’t let that grieve you, my friend. We would have moved on soon regardless of those bastards from Gwent that push us around. It is our way. You must know that.”

Ella did know it. Kersley was never a place that housed people for long. There were over one thousand residents of the small, rural territory that framed the forests of Gwent. Only a small percentage of them were Gypsies, but they all shared the status that the people of Gwent found quite unforgivable. They were different.

So am I
, Ella had contemplated on more than one occasion;
maybe I would fit in here too.